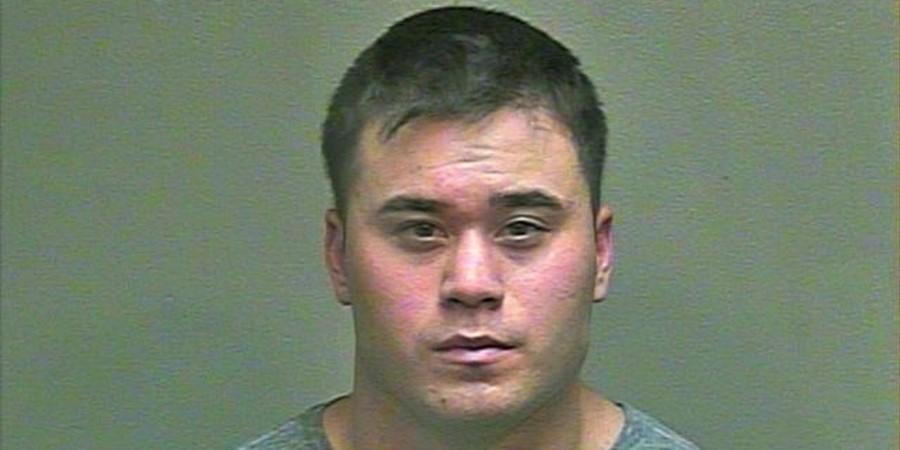 All too often, justice is framed as, “Do you want prison or do you want nothing?”

This binary was very evident in the response to yesterday’s sentencing of Daniel Holtzclaw, the former Oklahoma City police officer who was recently convicted for raping eight Black women. Yesterday, a judge sentenced Holtzclaw to 263 years in prison. Unless he lives to be 293 years old, Holtzclaw will die in prison. An outpouring of tweets celebrated his sentence as validation for his victims and a message that Black women’s bodies matter. (For some, the sentence was also an occasion to reinforce rape culture—an alarming number of people said they hope Holtzclaw will be raped while in prison.)

However, Holtzclaw’s sentence doesn’t signal an end to police violence. An Associated Press investigation revelaed that over the course of six years, 1000 police officers in the United States lost their badges because of sexual misconduct. That alone is horrifying: A police officer loses their badge almost every other day because they committed crimes like assault, rape, propositioning people for sex while on duty, and posessing child pornography. But, as I noted when the investigtion was first made public, we only know about these officers because people had the courage to report them, someone in a position of authority took the complaint seriously, and the officers lost their badges. What about the people who never came forward because they were afraid to speak out against a police officer? What about those complaints police administrators ignored?  Holtzclaw’s sentence will not address or stop the underlying causes of police sexual violence. He felt that he could pull his squad car over and rape numerous women with impunity. I’m sure he never thought that he’d get caught, let alone arrested, convicted, and sentenced to centuries in prison, because that outcome is so rare. The same mindset holds true for any other police officer who sexually abuses others—they believe that, even if caught, their word will hold much more weight than that of their victims.

Holtzclaw’s sentence also doesn’t mean that the survivors will receive the services and resources they need to heal and move on with their lives. At the sentencing, three of his victims read statements about how his actions have devastated their lives. Jannie Ligons, a daycare worker in her fifties whose complaint launched the whole investigation, stated that she has been under constant stress and fears being sexually assaulted again. That fear has spread to her other family members as well. “My daughter and sisters are frightful when a police car pulls up behind them,” she said in court. Another woman, who was 17 at the time, stated, “Every time I see the police, I don’t even know what to do. I don’t ever go outside, and when I do I’m terrified.”

Holtzclaw’s incarceration means that this young woman will no longer fear encountering him on the street. But it doesn’t mean that the state is going to put any resources into helping them work through the trauma and devastation. Even for women who have not been through the violence of being raped by a police officer, Oklahoma’s record of providing what women need to survive and thrive is pretty dismal. It ranks among the bottom 15 states for women’s mental health, meaning that Oklahoma women report stress, depression, and eating disorders at a higher average than in many other states. Last year, Oklahoma ranked among the bottom 10 states for women’s economic security as well as women’s access to both health insurance and higher education. But it has the nation’s highest rate of incarceration for women (and fourth highest incarceration rate for men).

In the judicial system, justice is never framed as, “What do you need to heal and move forward?” From the various live tweets and news reports, it seemed that this day in court was no different. While three of the women read victim impact statements and called for Holtzclaw to spend the entire 263 years behind bars, what else was offered to them? During his trial, one of his victims showed up wearing an orange jail jumpsuit. After she relived the assault on the stand—and had the defense attorney rip her character and credibility apart—she was returned to her jail cell and left alone to process whatever trauma, sadness, anger and other emotions that testifying stirred up. She also risks a repeat experience while behind bars. A woman in an Oklahoma prison told me that, while none of the women around her had encountered Holtzclaw, many had been assaulted by jail or prison guards.

Prison is not going to end sexual violence—whether by police officers or others. Imprisonment will not provide any of Holtzclaw’s victims with counseling, health services, or any other supports needed to rebuild their lives. But right now, it’s the only option given for seeking any type of accountability or closure.

I am a proponent of restorative and transformative justice because I believe that they offer the best prospects to eradicate violence. I believe that survivors of violence should be centered in all interventions. Let’s focus on listening to survivors and on really engaging their claims. I want spaces for authentic and survivor-directed healing. I believe that our communities often enable harm and that therefore they must be engaged in addressing these harms. I believe that prisons are constitutive of violence in and of themselves and therefore are not viable anti-violence tools. I believe that perpetrators of violent acts must understand the impact of the harms they cause. Let’s create a context within which we encourage perpetrators to assume actual responsibility for harm. Let’s provide them an opportunity to be transformed if they will accept it. Finally, perpetrators should be expected to actively participate in repairing the harm that they have caused to their victims and by extension to our communities.

Sending Holtzclaw to prison for life does none of that. I am not saying that Holtzclaw should have been acquitted—in the narrow options provided, it’s the closest that any of the women will get to justice. But that’s the furthest that the State of Oklahoma will go in helping those women, families and communities repair the harm and rebuild their lives. It’s up to us to demand and build more opportunities for truly healing and abolishing sexual violence altogether.