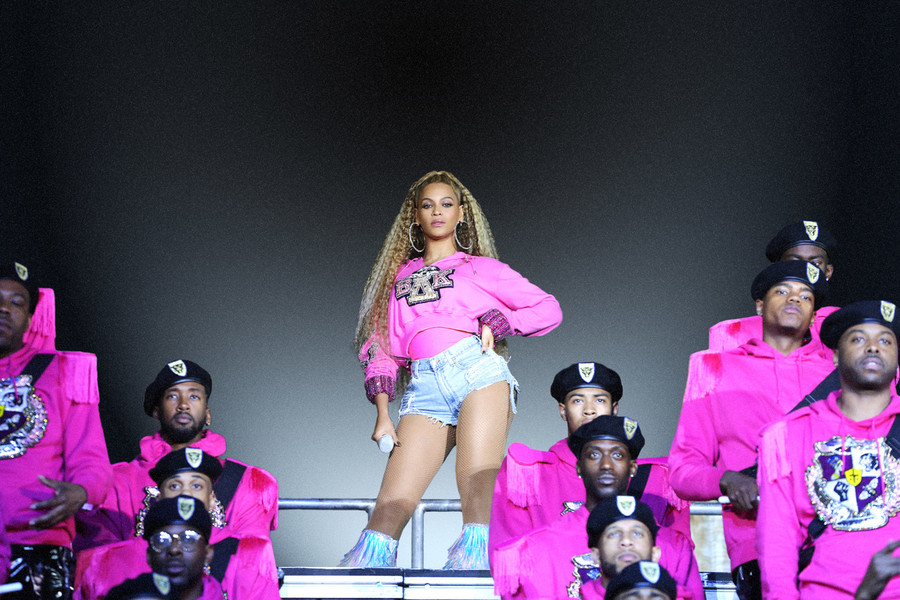 Beychella, Beyoncé’s epic 2018 Coachella performances, celebrated Historically Black Colleges and Universities (HBCUs)—a nod to the homecoming celebrations she might have experienced if she’d attended college instead of growing up in the music industry. She says as much in Homecoming, her new Netflix documentary that details the grueling process of putting together her Black cultural paean. “I always dreamed of going to an HBCU,” she says at the beginning. “I wanted a Black orchestra; I wanted steppers and vocalists.” She achieved that, bringing together band members and dancers from a number of HBCUs, including Jackson State University, North Carolina A&T University, and Hampton University. Beyoncé also pays homage to Black intellectual history, primarily by sharing quotes from Black women scholars and writers—many of whom attended HBCUs.

While Homecoming is a welcome glimpse into an artistic genius’s creative process and life, hitting the books—studying her citations, chasing her subtle references, and putting her music and visuals in conversation with other Black feminist works—is my favorite part of any Beyoncé release. I’ve been teaching and researching this aspect of Beyoncé’s artistry for nearly a decade now, since my own “Politicizing Beyoncé” course debuted at Rutgers University in 2010, and I’ve been a member of the Beyhive for much longer. More than just falling in line with my academic interests though, researching Beyoncé’s performances shows how meticulously intentional she is about every aspect of her career and oeuvre. Homecoming is so much more than just pop culture; it’s a masterclass on “schoolin’ life.”

Here are a few old and new titles from Black women authors that can help folks dive deeper into some of Homecoming’s themes. Just think of it as some (hopefully fun) Homecoming homework. 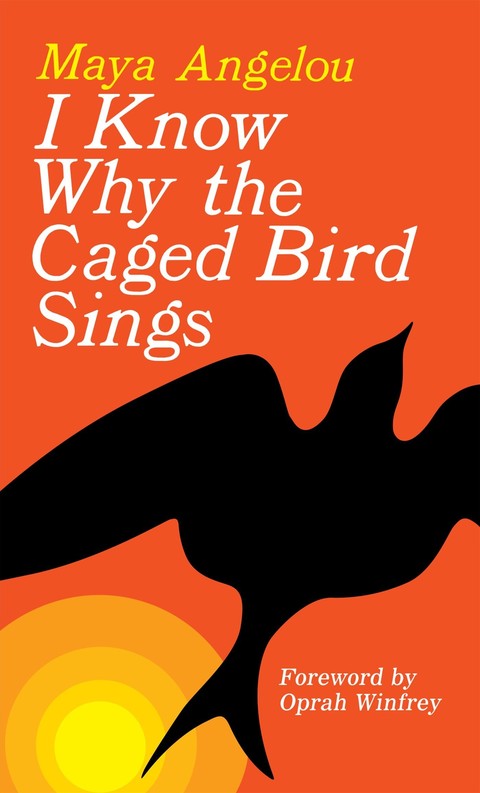 I Know Why the Caged Bird Sings is an obvious place to start since it’s a classic book and Angelou narrates the Homecoming trailer. “What I really want to do is be a representative of my race, of the human race,” Angelou says in a voiceover at the beginning of the trailer. “I have a chance to show how kind we can be, how intelligent and generous we can be.” Angelou’s first autobiography I Know Why the Caged Bird Sings speaks to the ways that Black women’s voices (and silences) can shake the world, even alter events, for better or worse. It’s about how cruel the world can be to Black girls, and about losing and finding your voice. If Beyoncé’s voice was ever caged, Homecoming proves it damn sure isn’t anymore. 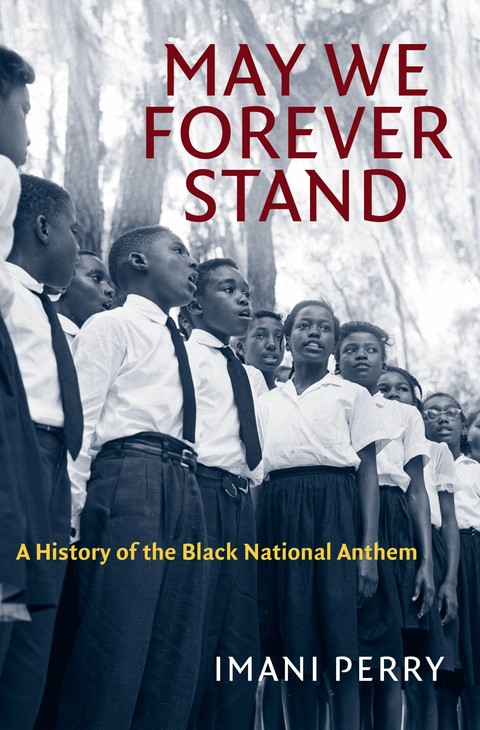 May We Forever Stand: A History of the Black National Anthem
Imani Perry
{ The University of North Carolina Press }
$17.95 Buy It Now

Early on in her Beychella setlist, Beyoncé surprisingly fused her own anthem “Freedom” with “Lift Every Voice and Sing,” commonly known as the Black National Anthem, and then transitioned into “Formation.” Incorporating “Lift Every Voice and Sing” made sense; many HBCUs teach their students the song. Beyoncé got the audience in formation and May We Forever Stand explains why. In her engaging 2018 book, Imani Perry, the Hughes-Rogers Professor of African American Studies at Princeton, traces the storied history of the song (lyrics by James Weldon Johnson and set to music by John Rosamond Johnson) and its lasting legacy. “Freedom,” “Lift Every Voice and Sing,” and “Formation” are three anthems, beautifully blended together and offered for the future. 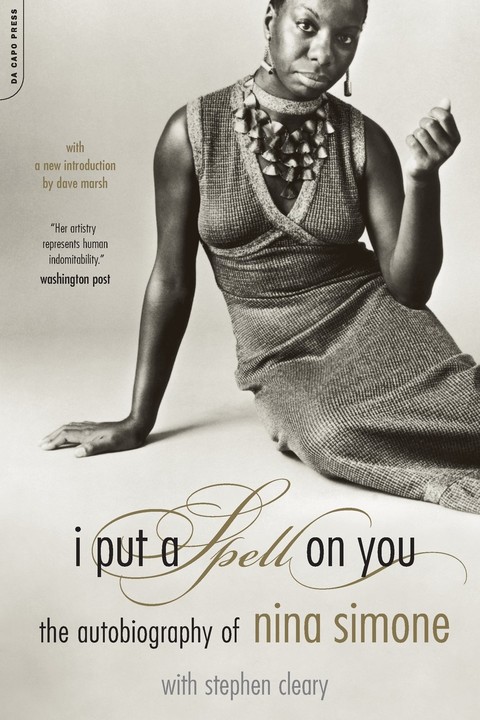 I Put a Spell on You: The Autobiography of Nina Simone
Nina Simone
{ Pantheon }
$11.50 Buy It Now

Beyoncé has been citing Nina Simone as a major influence since her 2013 HBO documentary Life is but a Dream. Simone’s voice and image also appear in Lemonade. Simone’s “Lilac Wine” (from her 1966 album Wild is the Wind) is a backdrop for a poignant dance break during Beychella. Simone’s quote, “To me, we are the most beautiful creatures in the whole world, Black people. And I mean that in every sense,” is also a pivotal part of Homecoming. Others have since tried to tell Simone’s story, but I Put a Spell on You is her life in her own words. Simone’s autobiography is an instructive counterpart to Beyoncé’s own trajectory. 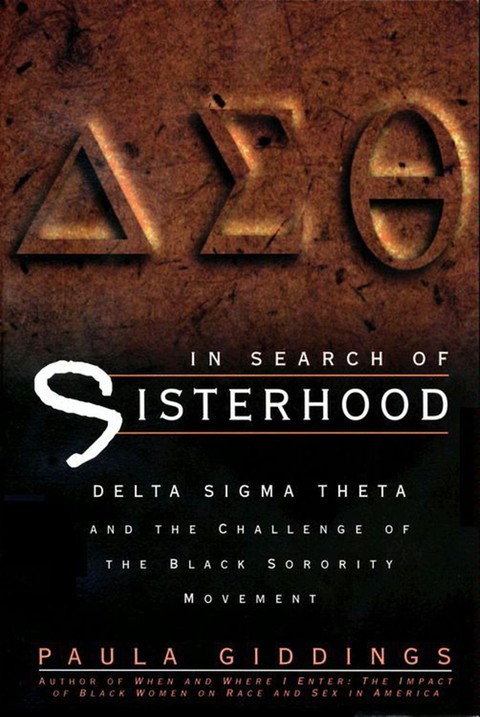 Before Beyoncé debuted B∆K at Beychella, there was ∆ΣΘ or Delta Sigma Theta (DST). DST is one of four Black sororities, and historian Paula J. Giddings’s 2007 book traces the sorority from its founding at Howard University in 1913 to becoming the largest Black women’s civic organization in the world. In Search of Sisterhood also tells a larger story about Black women historically organizing to confront racial, gendered, and classist issues when single-issue groups ignore their unique concerns. The figurative B∆K draws on all this history. 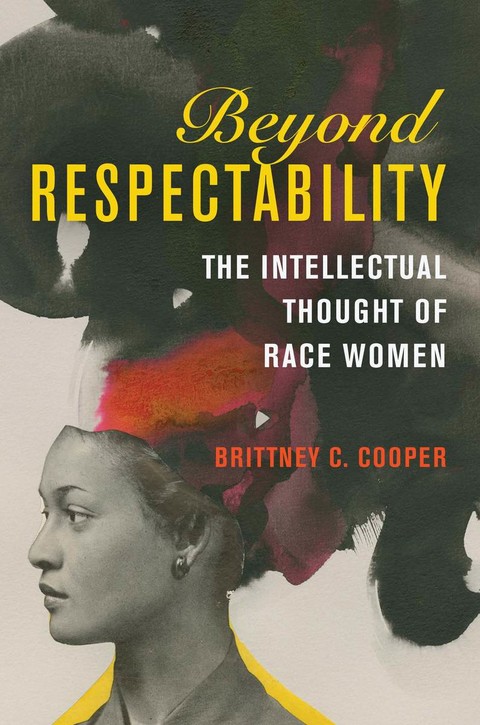 Brittney Cooper’s Beyond Respectability taps into the largely ignored history of Black women public intellectuals, such as Anna Julia Cooper, Mary Church Terrell, and Pauli Murray. Homecoming draws on this history, citing Audre Lorde’s quote, “Without community, there is no liberation” and opening with Toni Morrison’s quote, “If you can surrender to the air, you can ride it.” Beyoncé herself can and should be seen as a public artist and intellectual, but her performances and artistic statements weren’t always afforded the consideration given to white thinkers and artists. That is slowly changing. 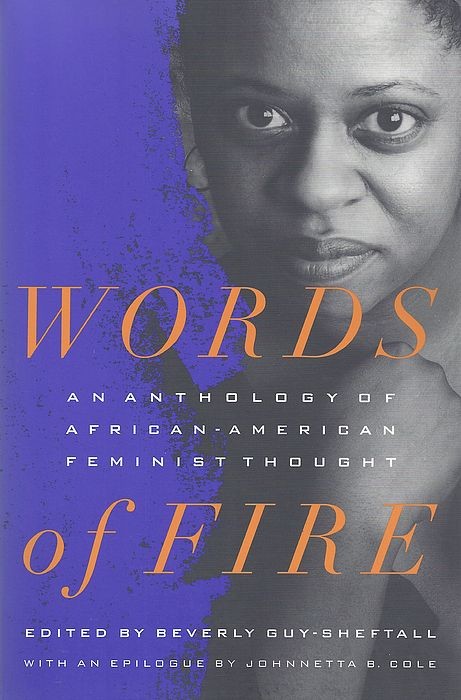 Words of Fire: An Anthology of African-American Feminist Thought
edited by Beverly Guy-Sheftall
{ The New Press }
$13.50 Buy It Now

Words of Fire is a sweeping anthology with multiple histories of Black women’s contributions to politics, society, activism, and education, from Maria Miller Stewart and Sojourner Truth to Patricia Hill Collins and bell hooks. Alice Walker and Lorde, whose quotes were both featured in Homecoming, are also included. The collection highlights how Black women have shaped centuries of American thought. Beyoncé implicitly and explicitly draws on this rich legacy and infuses the history of Black feminism into her own cultural performances. When set against Beyoncé’s catalog and Homecoming specifically, Words of Fire can create exciting and necessary conversations. 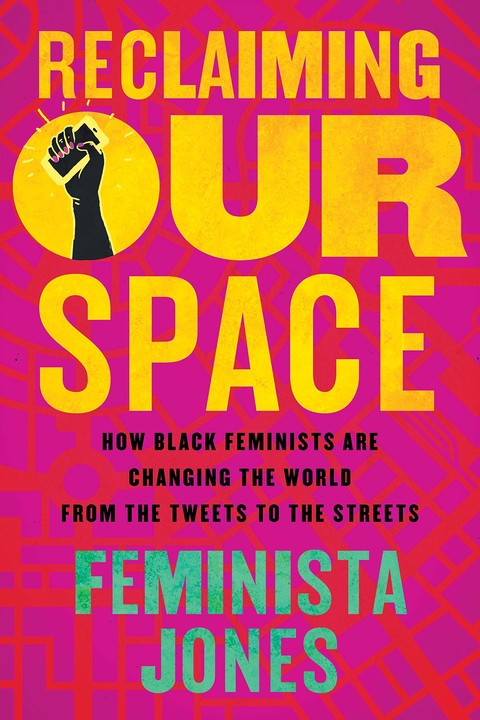 Reclaiming Our Space: How Black Feminists are Changing the World from the Tweets to the Streets
Feminista Jones
{ Beacon Press }
$14.95 Buy It Now

Beyoncé rarely uses social media, and when she does, it’s in revolutionary ways that change how artists release and promote their material. While other artists were releasing their albums on Tuesdays, Beyoncé unexpectedly dropped her self-titled album on Friday, December 13, 2013. It still shot to number one—and changed release schedules for the entire industry. Feminista Jones asserts that Black feminists have similarly utilized social media to change our cultural and political conversations. By utilizing new technology and PR possibilities in pop culture, Beyoncé has also consistency reclaimed her space—and there’s no end to her career in sight. 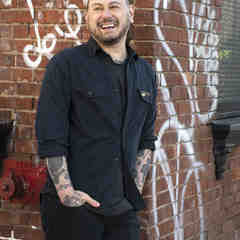 Kevin Allred is a writer, speaker, and educator based in Brooklyn. His work has been featured at NBC News, INTO, HuffPost, Salon, and more. He created the course “Politicizing Beyoncé” in 2010 at Rutgers University and his book Ain’t I a Diva?: Beyoncé and the Power of Pop Culture Pedagogy will be released 6/11/19 from the Feminist Press.