In Horror Film “The Witch,” Terror Stems from Puritanical Control of Women 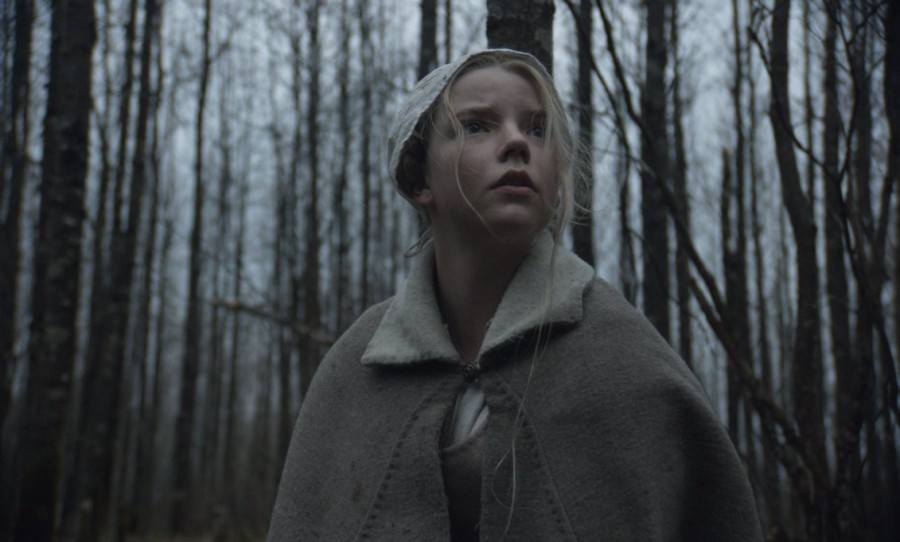 Anya Taylor-Joy plays a daughter suspected of witchcraft in new film The Witch.

The new horror film The Witch begins as the patriarch of a Puritan family is found guilty of some unnamed religious transgression. The offense is never explained but it is apparently dire enough that he is cast out of his prosperous village by a jury of his peers. As the verdict is handed down, the camera focuses on eldest daughter Thomasin, who is played by the mesmerizing Anya Taylor-Joy. She lingers for a moment, wide-eyed and almost blasphemously radiant, amid the dour grey shades of the 17th-century courtroom. She seems to be contemplating staying behind, but her reverie is swiftly shattered as her father reaches back and physically pulls her off-screen. When we next see her, she is piled unceremoniously into the back of a lopsided wagon, dwarfed by the domestic objects her family is allowed to take with them. Her body moves, but not of its own accord; she is more property than person, subject to the rhythm and whims of the rough road ahead as she is carted off into exile.

The Witch has been both the object of critical praise and the subject of much debate. Critics agree that the film is visually captivating—“a finely calibrated shiver of a movie”—that rings the deep-seated bells of ancient fairy-tale fright but debate whether it’s actually a terrifying film. For me, the film about supernatural forces held an all-too-real horror. Writer and director Robert Eggers culled the majority of the dialogue for the script from primary source historical documents on witchcraft. Many of the movie’s most viscerally frightening moments are not fiction, but rather direct transmissions from our American past. Seeing The Witch in theatres during the same week that hatemonger Donald Trump swept the Republican primaries and the Supreme Court considers a case that could gut abortion access nationwide brought to mind a distinct kind of fear: the horror inherent in a power dynamic which grants a select few men the ability to leverage control over the bodies of many people. It’s easy to see our culture’s Puritan overtones as Republicans invoke the need to “protect” women in a host of new laws that infringe on our bodily autonomy. 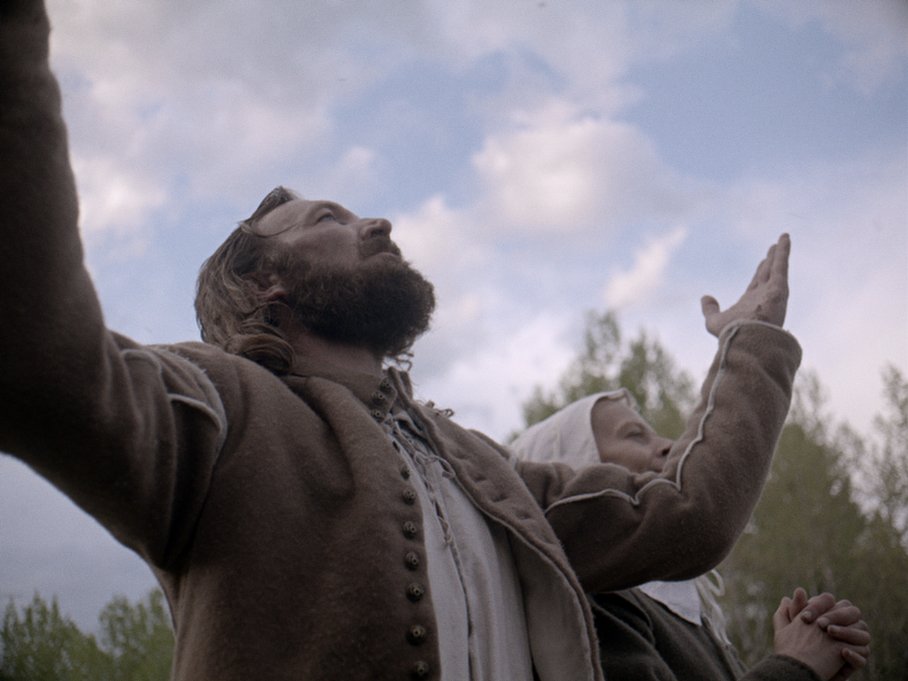 The Witch centers on a community’s fear of women’s bodies, making this cinematic psychodrama feel alarmingly relevant in a 21st- century cinema market crowded with supernatural conceits. The community in question is Thomasin’s pious family, who are struggling to survive in the bleak new American wilderness. Though The Witch has plenty of gory moments, the film’s horror manifests as a steady thrum of doom and despair that crackles beneath each scene. Daily rural life in the era is full of brutal and mundane tasks. As the family tries to eke out an existence in the difficult land, they begin to experience an accumulation of misfortunes: sons disappear, crops rot, family heirlooms vanish, and the goats get weird. These horrors drive the family’s parents and children deep into paranoid hysteria as they aim their increasing suspicions at Thomasin. As the family’s troubles get darker and darker, Thomasin’s vitality seems to bloom in stark contrast to the grim events.

Ostensibly, her family’s main fear is that a witch has cursed them. But as the film progresses, it becomes clear that Thomasin’s body is equally threatening to their well-being. Thomasin’s physicality is situated on the border between girlhood and womanhood, and just like her family’s homestead on the forest border, it is no safe space. 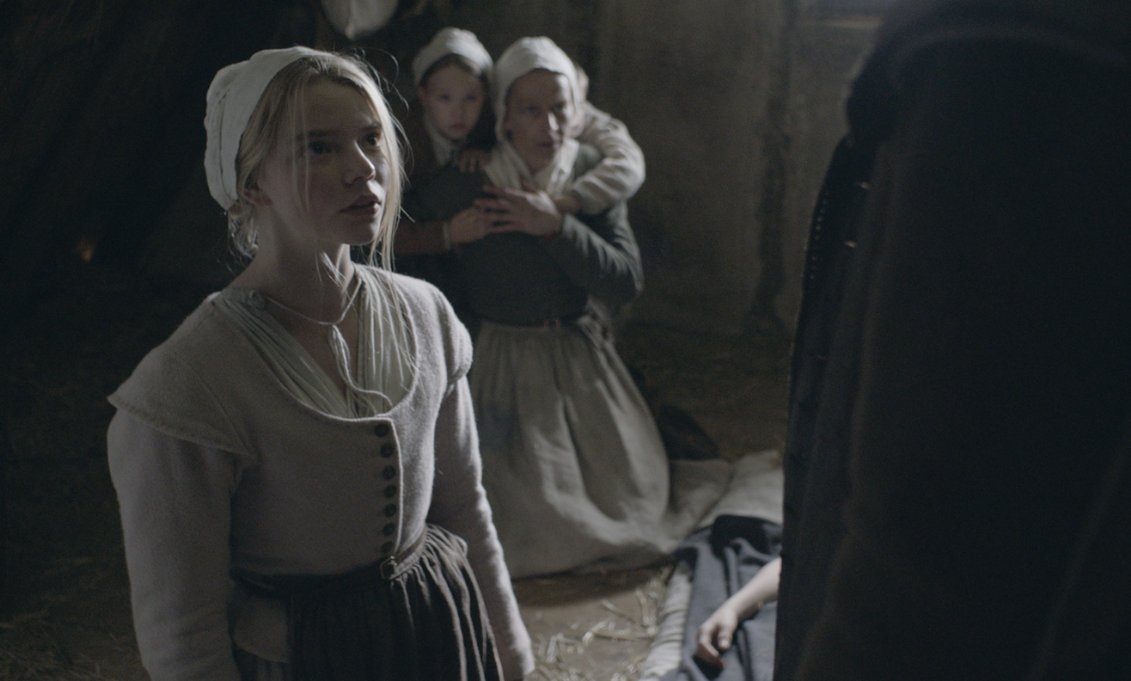 As winter draws closer, Thomasin’s parents openly discuss the benefits of sending her away to work as a servant, since she has shown the first signs of womanhood. It is unclear whether or not they would receive some sort of payment in doing so or if they would simply reap the benefit of having one less mouth to feed. Either way, she’s viewed as more of a financial commodity to be traded or dealt with than a genuine person. In several early scenes, the camera catches her brother Caleb (Harvey Scrimshaw) gazing lustfully—and fearfully—at her developing body. Despite his own fear and shame, he continues to seek physical comfort from Thomasin, climbing into her lap and allowing her to soothe him even as he begins to blame her for the family’s misfortune. Her body may be currency, temptation, or solace, but it is always subject to the projections and judgments of others.

When Caleb returns from the surrounding woods fevered and bewitched, Thomasin’s family gathers around his bed to pray.The tightly shot, claustrophobic scene quickly turns chaotic: the boy is afflicted with vicious seizures and spits a whole, shiny red apple from his mouth. Immediately afterward, twins Mercy and Jonas (Ellie Grainger and Lucas Dawson) claim they cannot remember their prayers and suddenly the whole family devolves into a frenzy, placing blame squarely on Thomasin. More than horror or grief, this scene is permeated with a sense of danger: Thomasin’s family closes in on her while she crouches on the floor. Here The Witch goes against genre convention—instead of rooting for a family to keep themselves safe from a terrible villain, we see the attack from the suspected villain’s perspective. Even as her family accuses her of consorting with the Devil, the camera renders her incredibly vulnerable. We see her parents’ faces twist with disgust and fear while Thomasin’s gaze remains open and pleading. She is without allies, utterly panicked. Yet she turns toward her accusers, arms outstretched, exposing herself. We are left fearing for Thomasin’s physical safety.

Like any good horror film, The Witch is rife with opportunity for allegorical interpretation, and one of the most compelling narratives bubbling beneath surface is the origin story of America itself. It’s nothing new to see the female form as an embodiment of original sin: something to be feared, judged, and ultimately controlled by patriarchal forces. However, the treatment of Thomasin’s body in The Witch is particularly resonant as we find ourselves waiting on a verdict in the most far-reaching Supreme Court case on abortion rights since Roe v. Wade.

The real terror here wasn’t a witch hiding in the woods, but rather the God-fearing men at home, dutifully deciding the fate of the women around them. 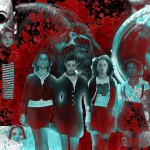