How Big Is the Wage Gap in Your State? | Bitch Media

How Big Is the Wage Gap in Your State?

The new Census data is out on how much women make in the United States compared to men. The numbers reveal that … [drumroll please!]… the pay gap hasn’t budged in 10 years!

In 2014, the median annual income for women and men working full time, year-round in the United States was $39,621 and $50,383, respectively—that’s a gap of 21 percent. The folks at the American Association of University Women (AAUW) put together an in-depth report on the new data. One of the key points they make is about how the wage gap is often dismissed as being the result of women’s choices—such as our college majors and line of work. But after crunching all the numbers on occupational choices, AAUW concludes that a third of the wage gap cannot be “explained away.”

After accounting for college major, occupation, economic sector, hours worked, months unemployed since graduation, GPA, type of undergraduate institution, institution selectivity, age, geographical region, and marital status, [their report] found that a 7 percent difference in the earnings of male and female college graduates one year after graduation was still unexplained.

Lots of factors influence the wage gap, including race and age. But it’s important to note that the wage gap persists in every single state—and the differences between states are telling. AAUW put together this map of the wage gap nationwide. Washington, DC has the smallest gap in the country and Louisiana has the largest. 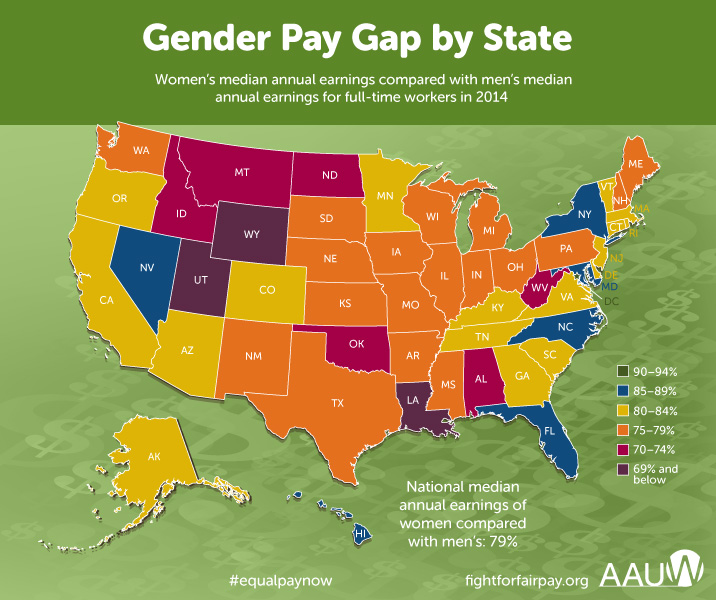 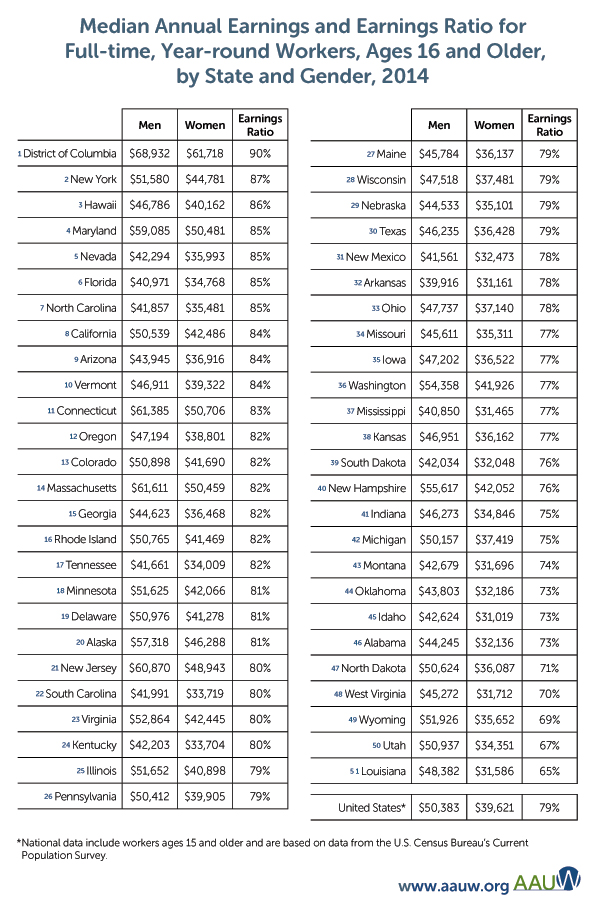 What explains the difference between states? Well, Washington, DC likely has the smallest wage gap because it has so many federal employees and the federal government has strong protections against wage discrimination. Every state has their own combination of laws protecting workers from pay discrimination—for example, 46 states have equal pay laws and 34 states prohibit retaliation against workers who are involved in an equal pay investigation. AAUW’s report shows that the states with no state protections from pay discrimination are more likely to have bigger wage gaps. However, states with stronger laws do not necessarily rank at the top. Legal protections against discrimination help close the pay gay—but there are clearly cultural issues to blame for the wage gap, too.