How Do We Move Forward From Orlando? By Supporting Our LGBTQ Familia | Bitch Media

How Do We Move Forward From Orlando? By Supporting Our LGBTQ Familia 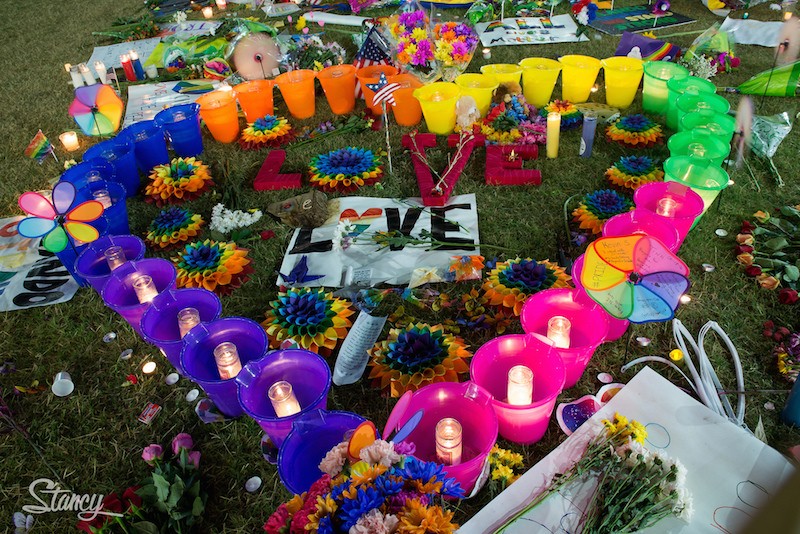 During hard and trying times, it’s difficult to put into words the many emotions running through my head. Over the past month, many of my thoughts about the Orlando shooting have been an incoherent mess of sadness, disbelief, and outrage. As an LGBTQ ally, I was horrified to learn about the shooting that took the lives of 50 people. Learning that it was Latinx night at Pulse that night created even more heartache.

As an Afro-Latina, I recognize there are limited spaces for comfort, reflection, and expression for Latinx members of the LGBTQ community. Latinx culture has a serious problem with machismo, and anything that threatens this macho pride—including homosexuality—is far too often seen as unacceptable. The Orlando shooting victims were celebrating their lives in a rare space where masculine identity, LGBTQ pride, and Latinx identity intersect.

Growing up in a traditional Dominican family, I learned quickly what it meant to be “pato”—a Spanish derogatory term for gay man. Anything from not having a girlfriend at the appropriate age or displaying feminist tendencies would make someone “pato” in my Dominican culture. Machismo is so pervasive and celebrated in the Dominican culture that misogynistic ideals are ingrained into young boys. They learn from young ages to exert their dominance in relationships and to be hardworking in order to be the man of the house. I watched as my younger cousins were programmed into thinking that if they were not manly enough, they would not be accepted by the rest of the men in the family. They would grow up harboring homophobic attitudes because of what they had been taught. 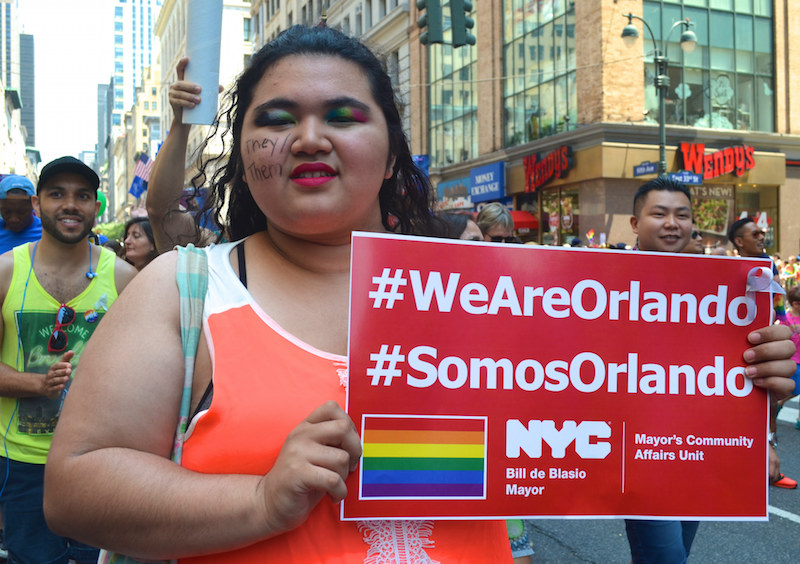 Abuse of the LGBTQ community in the Dominican Republic is commonplace. Because machismo has been internalized by both men and women, LGBTQ couples displaying affection in public are always at risk of being verbally or physically abused by random people in the street. And although same-sex sexual activity is legal in the country, LGBTQ people in the Dominican Republic have no protection against discrimination in the workplace, housing, education, transportation, or other services. Same-sex marriage has been constitutionally banned in the country since 2010.

The homophobia is so severe in the Dominican Republic that police interrupted a gay pride parade in 2012 because people were waving the Dominican flag. To the authorities, it looked like people were implying the Dominican flag was a “gay” flag. While many Dominican immigrants in the United States hold more open-minded views, there is often very little support for LGBTQ people in our communities. While the effects of machismo continue to pervade our culture, it’s important for us to work towards acceptance and understanding. I know a handful of Dominican brothers and sisters who have been closeted or hoped the feelings would go away because of the ignorance and denial the Dominican culture holds towards LGBTQ issues.

Homophobic comments infiltrate Latinx culture all over Latin America. For instance, Cuban professional baseball player Yunel Escobar was suspended for three games in 2012 while playing for the Toronto Blue Jays after he wore eye black stickers on which he wrote the word maricon, which translates to f****t, during a game. José Luis Sin Censura, a Spanish version of Jerry Springer, which regularly used homophobic epithets and displayed the abuse of women, was pulled off the air thanks to a 2011 FCC complaint filed by GLAAD and the National Hispanic Media Coalition. The show’s title means “Jose Without Censorship” or “Jose Uncensored.” Clearly there is a problem when antigay epithets are seen as someone being uncensored. This isn’t only a problem in Latinx communities, of course (see: Donald Trump’s entire presidential campaign), but these attitudes contribute to a culture where accepting environments like Pulse’s Latin Night are far too rare.

In reflecting on the victims of Orlando, I can’t help but to feel like those of us in the Latinx community have somehow failed our brothers and sisters. The often hostile environments in our cultures bar Latinx who identify as queer instead of welcoming them. The strong sense of Latinx pride we feel when we encounter other Latinxs is often not reciprocated for those of the queer community. We can’t be selective with who we welcome into our homes and safe spaces. The Latinx culture as a whole also holds a huge responsibility with regards to the LGBTQ community, and we must do better when it comes to protecting and supporting our LGBTQ familia.