How Has Transgender Activism Changed in the Past Decade? | Bitch Media

How Has Transgender Activism Changed in the Past Decade? 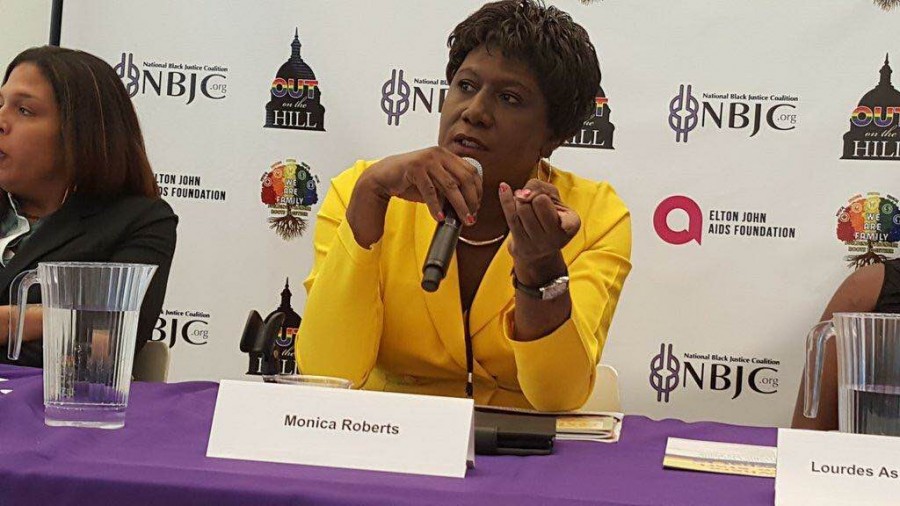 Monica Roberts speaking at the Out On The Hill trans women of color panel in Washington, D.C. Photo courtesy of OOTH.

For the past 10 years, human rights activist Monica Roberts has been writing about transgender rights and racial justice. This January, the native Houstonian and unapologetically Black and transgender writer celebrated the anniversary of the crucial website she founded back in 2006, Transgriot. Since Roberts started writing about transgender news and politics, the world has changed a lot. Trans women like Laverne Cox grace the covers of mainstream magazines and Janet Mock has an MSNBC webshow. But, obviously, many things have not changed: transgender people still face high rates of violence and discrimination.

I recently caught up with Roberts to get her thoughts on being an equal rights activist, achieving a decade with Transgriot, and what lies ahead.

DENNIS UPKINS: Take us back on the road that led you to becoming the woman I’m interviewing today.

MONICA ROBERTS: I was becoming aware, as early as five years old, that I didn't quite feel comfortable on the M side of the gender fence, and went through a lot of bullying and other drama.  It wasn't until 1976 when Renee Richards got outed and fought to play in the US Open as herself that I had a word to describe what I was feeling.  The other question I kept asking myself as I struggled with my gender identity issues was, “Where were the transpeople who looked like me?”

It still took me until 1992 to finally get to the point of being fed up with the unhappy way my life was going and I finally took the steps to transition.

During the early part of your journey, were there many resources or a support system for you?

Remember I grew up in the 70s, in which the transition protocols were more restrictive and you had to go through one stop shop gender clinics to do so. Information about transsexualism wasn't as plentiful as it is now.

In addition to the medical gatekeepers, we had trans people who had gone through the process deliberately keeping what they knew about resources to themselves like it was the secret recipe for KFC.

By the time I discovered we had a gender clinic in Galveston and started my physical transition in 1994, the Internet was starting to put that information out there. We also had local trans support groups to turn to for help, to meet and mingle with other trans people. And while national and regional trans conferences have been around for decades like Fantasia Fair, The Texas T Party, California Dreaming, IFGE's conference and Southern Comfort, they weren't diverse because of several factors like cost and the need to travel to get to them.

But because of the Southern Comfort and IFGE conferences I attended starting in 1999, I began to make the lifelong friends and establish the working relationships that have served me well in my activist life.

Even in the LGBTQ rights struggle, the T in LGBTQ comes with its specific issues and dynamics. What are some major points that we cis-gendered individuals should keep in mind?

That trans people are human beings who need their humanity respected and their human rights protected.  Trams people can also be part of the L, G, B and Q letters also.  We also must realize that transphobia also permeates the LG ranks and the animus goes back to Stonewall and the far too many times that gay and lesbian led organizations threw us under the legislative bus to advance sexual orientation only coverage while demonizing us at the same time.

How did TransGriot come about?

I started writing TransGriot, the newspaper column, for The Letter, a Louisville GLBT based monthly paper in 2004. While there were several trans themed blogs at the time, none of them were discussing trans issues from a POC trans perspective.  I also saw blogs as a way to augment what I was doing with the column and allow me to comment in real time about the issues of the day.

In November 2005 Jordana LeSesne started pushing me to get the blog started and was relentless about it until I finally set  January 1, 2006 as the start date for it. 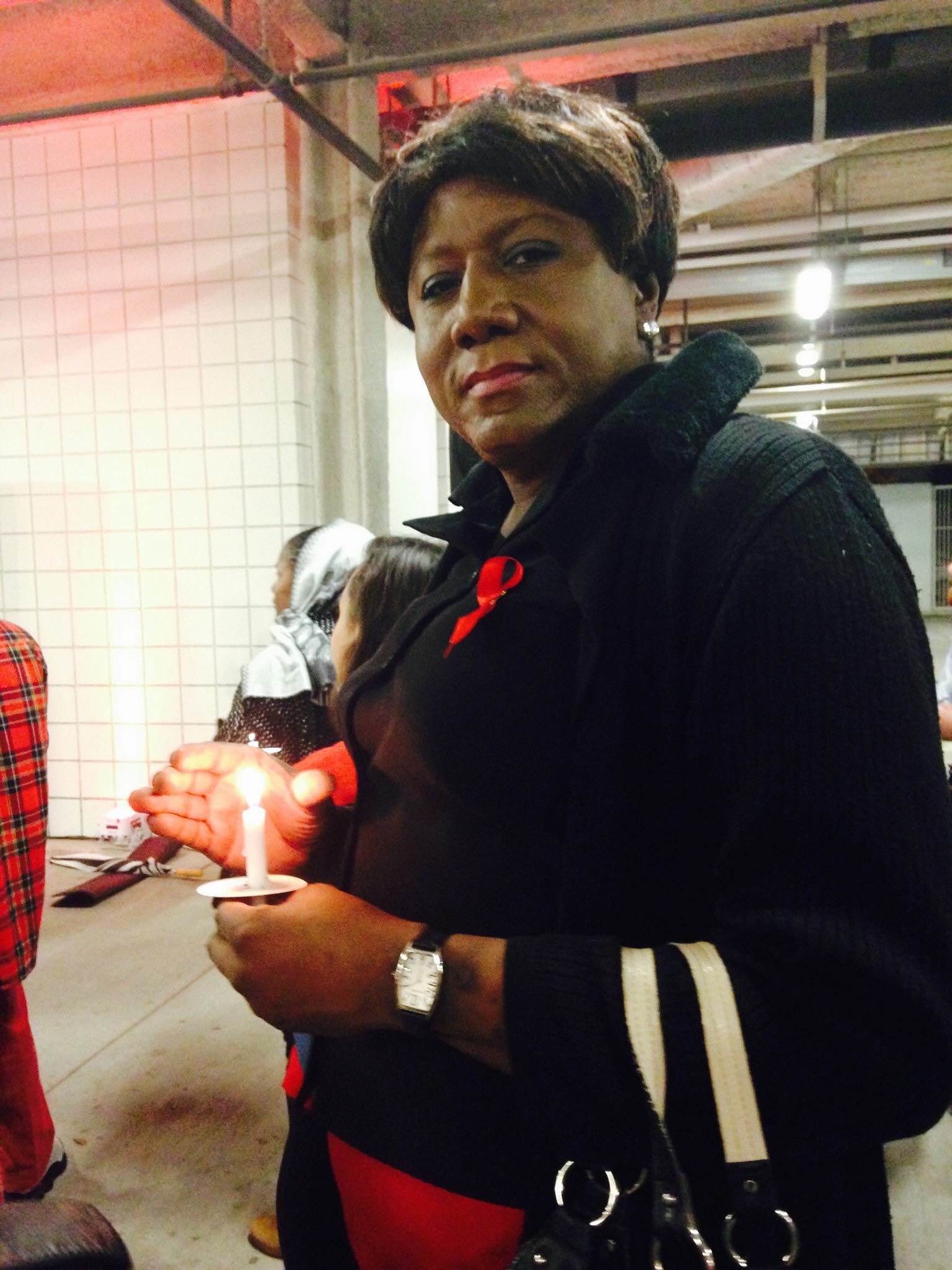 Running a successful, award-winning blog for a decade is no small feat. What keeps you motivated and inspired?

Several factors. I have been the one Black trans owned blog consistently reporting on trans issues from a Afrocentric perspective for 10 years, and I'm proud of it.  That longevity means that I get quoted by other media when trans specific issues pop-up, like when I recently put Caitlyn Jenner on blast.

I have been told by five trans people that reading TransGriot posts dissuaded them from committing suicide. I was told by a CBC congressmember during a lobbying trip he and many of his fellow congressmembers and their staffers read TransGriot. I've also been told at different conferences and events by high school teachers and college professors they use my blog as reading material for their classes. I had millennials tell me they read my blog on an almost daily basis.

And the fact I am the most well-known Black trans blogger means I have to be on my A-game when I write, because people depend on me to be an authoritative news source, and I take that responsibility seriously.

So yes, knowing that before I even sit down to compose a post keeps me focused and motivated to put out a quality blog.

What do you find are some of the biggest frustrations and challenges in the work you do?

The false 'I'm a racist' charge hurled by non-Black people that take issue with the fact TransGriot unapologetically centers the voices of trans people of color, and there are times that my viewpoints as a Black trans person aren't going to neatly line up with mainstream thought.

As I told one of my detractors, there are hundreds of trans blogs that disseminate info from your vanillacentric perspective, but only one that is edited by a longtime Black trans advocate and analyzes those issues from an Afrocentric perspective, and you are free to read those blogs if you don't like mine.

When I started TransGriot in 2006, it was tough to get news about trans issues happening on the African continent, or photos of trans people of color to illustrate my work, but that has improved over time.

In its 10-year run, what has TransGriot taught you?

That you never know what I write will go viral or when it will do so.

An example of it was a 2009 post I put up about Tenika Watson, the trans woman who was in the car when Teddy Pendergrass had the 1982 traffic accident that paralyzed him and outed her. On the day Teddy died in 2010, I suddenly had a major spike in traffic and got 7000 hits that day. It mystified me why it was happening until I noticed it came from all the people Googling her name and finding that post. Trans human rights issues and gender identity issues are constantly evolving as we get more research about them, and I'm light years ahead of where I was when I started the blog, ten years ago.

Switching gears for a moment, the trans movement seems to be at a very pivotal point. On the one hand, trans visibility has probably never been more prominent. From Lana Wachowski, to the TV series Pretty Little Liars, to Caitlyn Jenner, to Isis King, Janet Mock and Laverne Cox. At the same time, violence against trans women seems to be at an all-time high and the fight for legal rights seems to be getting more tense. Is this a disconnect or a sign of issues finally coming to a head, in your opinion?

While I hate the unacceptable loss of young trans lives, it's also indicative of the visibility we are getting on trans issues. Conservatism always needs an enemy to organize around and divert their adherents attention from the failures of their political philosophy, and trans people have become their enemy du jour now since they lost big on gay marriage.

We are winning on trans human rights issues in the US and increasingly around the world, and the conservative moment is taking it seriously enough to devote time, money, and resources to attack us and roll that progress back.

From Stonewall to today, trans people and queer folks of color have been at the forefront of LGBTQ Equality but are rarely acknowledged. Your thoughts on this?

That if you want trans and queer folks of color to be involved in our movement, we have to acknowledge their contributions to building it and not erase them. You should see the smiles that pop up on the faces of young Black trans activists when I tell them about the 1965 Dewey's Lunch Counter Sit-In, or that the first trans woman to be elected to a state legislature not only happened in 1992, but was a Black trans woman named Althea Garrison.

We have and continue to make contributions toward fighting for the human rights of not just transkind, but all people, and that must recognized and talked about.

And what lies ahead for Monica Roberts and TransGriot?

To keep TransGriot alive as long as possible, for starters, I would eventually like to get on a solid enough financial footing so I can attend more TBLG community events and conferences around the country—and eventually the world—to cover them.

I also want to continue mentoring other trans people so that, when they wish to take on that activist mantle, they are ready to handle their business.

I'm also going to continue fighting for the human rights of everyone.  Will that include a run for public office?  We'll see. 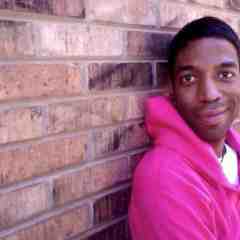 Dennis R. Upkins is a proud Atlanta, Ga. native. A speculative fiction author, his writing credits include Stranger Than Fiction, Hollowstone, and West of Sunset. Upkins regularly critiques and analyzes the representation and portrayal of minorities in media and has been a contributor to Prism Comics, Geeks OUT, and The Nerds of Color.