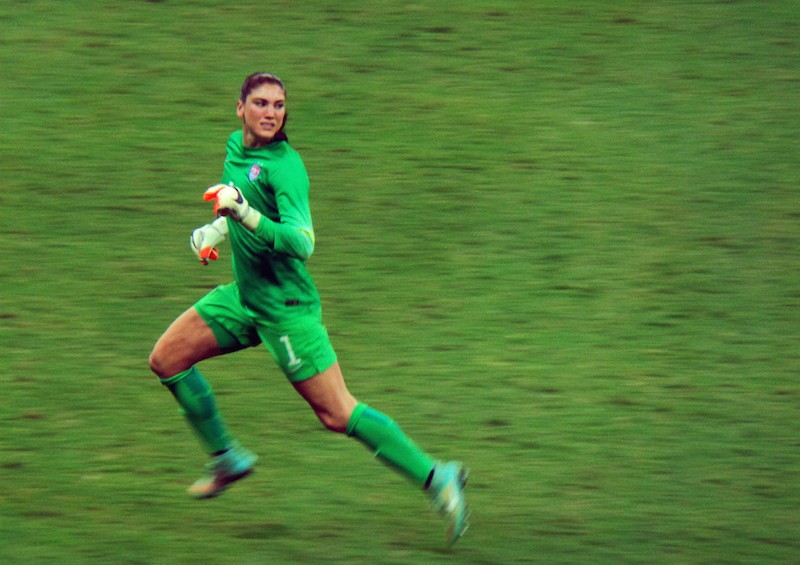 Soccer star Hope Solo is one of the US Women’s National Team members pushing for pay comparable to the men’s soccer team. Photo by Larissa Leite (Creative Commons).

We’ve come a long way, baby, since 1896, when zero women competed at the first modern Olympics. Or even since 1989, when the women on the German soccer team brought home the European Championship trophy and were rewarded for their victory with a coffee set. But not nearly far enough, baby, not nearly far enough. Female athletes still compete in 25 fewer events at the Olympics than men; sponsors are still squeamish about female boxers who seem, well, a bit too aggressive; women athletes still scrunch themselves into economy class seats en route to their competitions while men are flown to theirs in business class; female soccer players who win their matches are still paid far less than men who lose theirs. And mega-superstars like Katie Ledecky and Simone Biles are honored with the ultimate tribute: Commentators remark that their performances are so good as to rival some men.

All of these reminders that sport has greater value when played by men may have consequences that go beyond simply raising the ire and blood pressure of those who’d like to see women get their due—they may actually be undermining female athletes’ performance.

It’s been known for decades that reminding women of negative gender stereotypes, even indirectly, can affect their academic performance—the New York Times recently reported on one such study, in which women’s scores on a math test dipped if they were taking the test while wearing bathing suits (while men’s scores were unaffected by their attire). But extensions of this research to the domain of sports show just how insidious such stereotypes can be, reaching into many crevices of the human mind and affecting its ability to make the body do its bidding.

Much of the research on stereotypes and academic performance has focused on the extra mental load that is borne by women or by members of a particular racial or ethnic group when they are told that members of their group typically underperform compared to others. They also underperform even if their attention is just directed at the fact that they belong to a group at which low expectations are generally leveled, which is brought up just by having them identify their gender or race. The results from these studies show that performance-based stereotypes can create a distracting pressure that drains precious resources from a person’s working memory, overloading the system whenever heavy mental computation is needed: Hard problems are usually more susceptible to stereotype effects than easy problems.

You might think that such an effect would have fairly mild consequences for sports performance, where the demands are more physical than intellectual. But it turns out that there are multiple pathways for the undercutting effects of gender stereotyping, at least one of which targets those skills—like soccer-ball-dribbling, basketball-throwing, diving, and putting—that draw on muscle memory more than working memory. 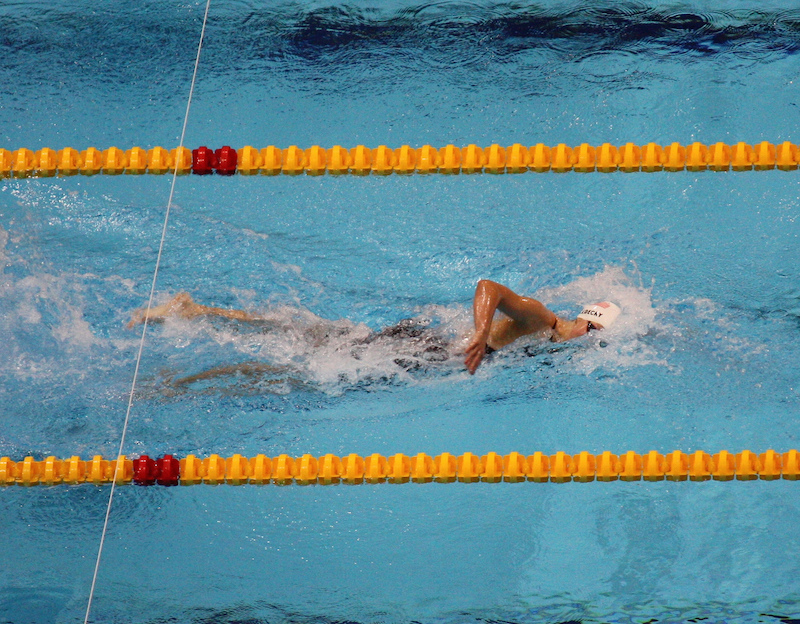 In a study published in 2006, Sian Beilock and her colleagues took a close look at the underpinnings of the stereotype effect in an intriguing experiment that, incidentally, showed that men too flag in their performance when the competence of their gender is called into question. Forty men who were accomplished golfers performed in a putting test. Half of these men were told that women tended to do better on this test than men; not surprisingly, these men did worse than those who weren’t privy to this discouraging information.

But it wasn’t for lack of trying. Rather, the results of the study suggest that these men were perhaps trying too hard, overthinking a sequence of muscular movements that should have been automatically performed as one smooth sequence. Think, for example, of the difference between dancing your fingers over a keypad to type out a familiar phone number in a single fluid motion versus deliberately trying to remember each separate number as you type—the latter is less efficient and more vulnerable to mistakes. In Beilock’s study, being told that women are better putters caused men to shift from an automatic, muscle-memory mode to a more deliberate one with ill results. Evidence for this shift came from a version of the experiment in which the athletes were asked to listen to a stream of recorded words to pick out a specific target word, all while putting. When the golfers were distracted in this way, and prevented from thinking consciously about their movements, the damaging effects of the gender-based information dissipated, and performance improved. 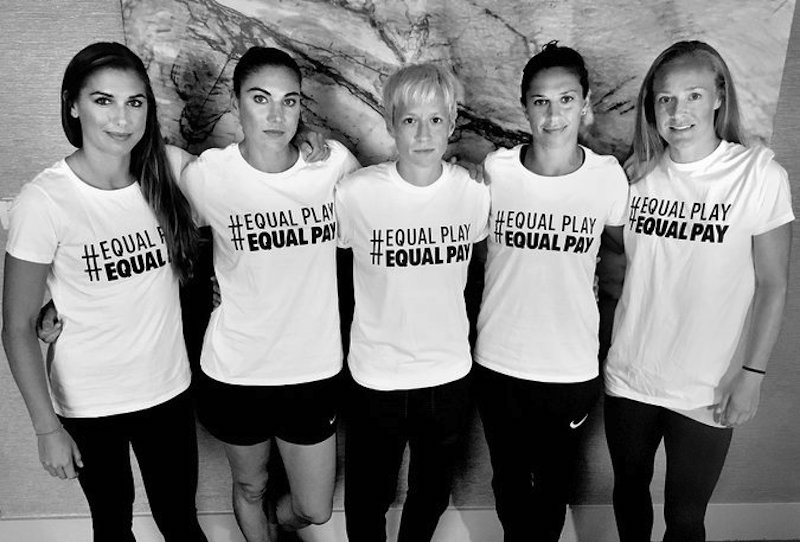 Members of the US Women’s National Soccer Team are pushing for higher pay.

There are yet other pathways between mind and body that can be disrupted by unhelpful stereotypes. In a 2013 study, Aïna Chalabaev and her colleagues investigated whether women would do worse on a simple strength test after being told that men outperformed women on the test. They chose this test because unlike complex movements like golf putting or ball-dribbling, performance in a strength test shouldn’t be thwarted by overthinking the movement. In fact, explosive strength, or the rate of force development—that is, how quickly force builds over time—is largely outside of an athlete’s conscious control at any given time (although it can be developed through training). Explosive strength is crucial for sports such as shot put and weight lifting.

The study found that this unconscious component of strength was most vulnerable to gender-based comparison. Maximum force, which is more obedient to the conscious brain’s commands, was unaffected among the women athletes. (Revealingly, men actually got a boost from being told that women performed worse than men; these men applied greater maximum force compared to others who were told that men and women performed similarly on the test.)

We’d never dream of deliberately hobbling the performance of female athletes by strapping ankle weights onto women (but not men) in competition. But our sports culture may be doing something very similar when women are exposed to repeated reminders—some subtle and some not at all—that as female athletes, they are automatically secondclass. It’s easy to unthinkingly portray the breathtakingly powerful women of the U.S. gymnastics team as a bunch of mallrats, or print a headline about Katie Ledecky smashing a world record in smaller font than one proclaiming a second-place finish for Michael Phelps. But those involved in sport need to know that such lapses aren’t just unfair, but potentially hurting their performance as well.

Which simply makes the achievements of a Simone Biles or a Katie Ledecky all the more freaking impressive. 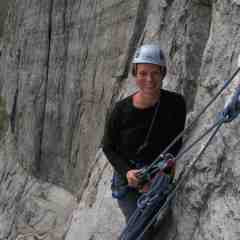 Julie Sedivy has taught linguistics and psychology at Brown University and the University of Calgary, and writes about a variety of topics related to the human mind for publications such as Nautilus and Scientific American. She can be found on Twitter as @soldonlanguage.

Relevant: The Physics of Melanin 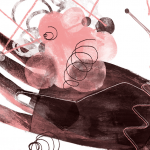 by Dr. Chanda Prescod-Weinstein
There is much to be learned from studying melanin, including how racism can derail our capacity to nurture discovery.