CultureScreenTVraceHow to Get Away With Murder 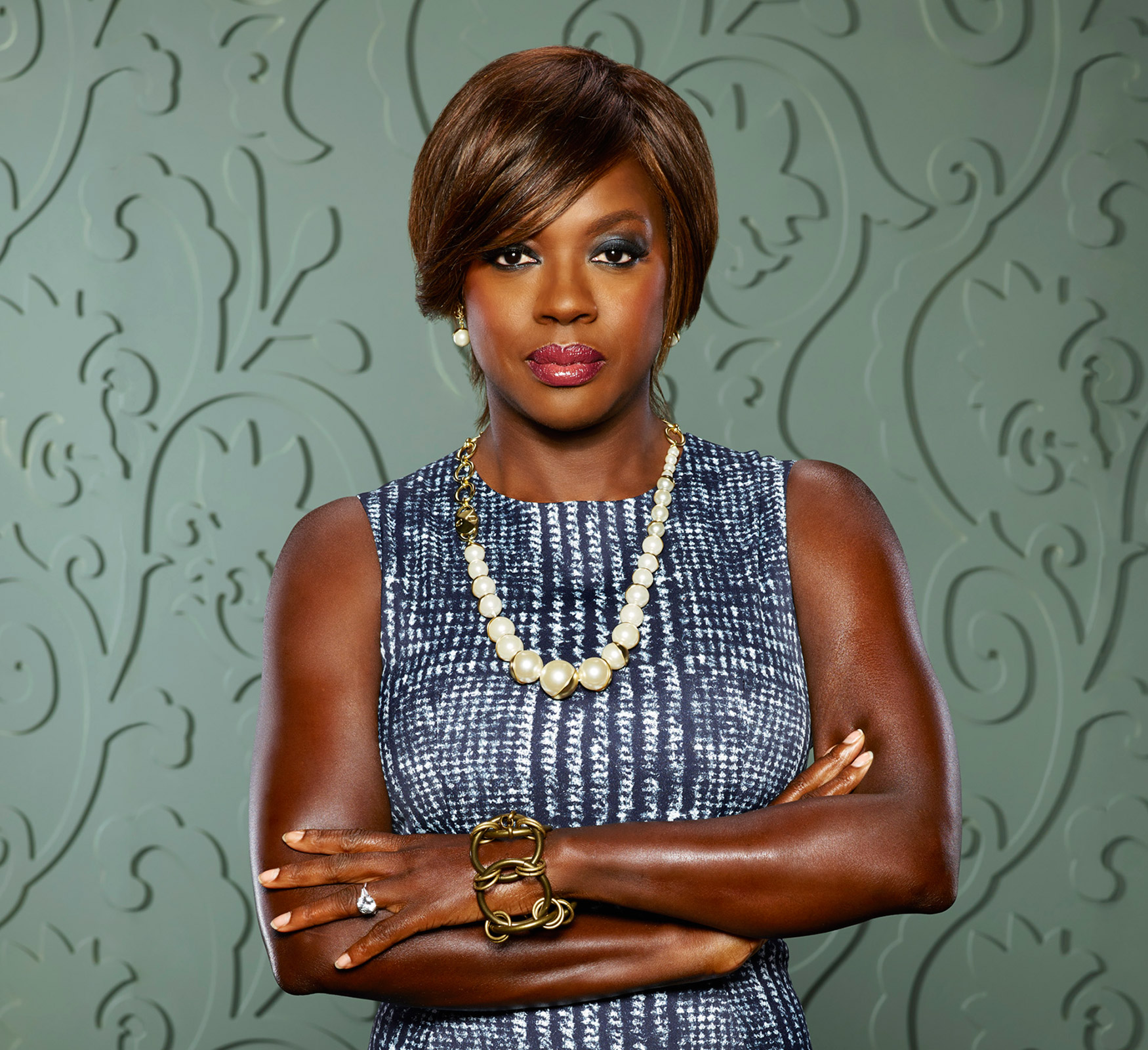 Viola Davis as Annalise Keating on How to Get Away with Murder (Photo credit: ABC)

The end credits of How to Get Away with Murder, the new ABC drama from executive producer Shonda Rhimes, promise the show will get “edgier,” “sexier,” and “twistier” as it goes on. Rhimes and showrunner Peter Nowalk have set the bar high—if you watched last night, you know this thing is pretzel-level twisty already. In fact, while the ensemble cast (anchored by Viola Davis who is CRUSHING the role of lawyer/professor Annalise Keating) and multiple murder cases make for entertaining viewing, the pilot episode was so crammed with action that it’s hard to imagine where it can go from here.

This breakneck speed isn’t a surprise coming from Rhimes, who is best known for creating the edgysexytwisty ABC dramas Grey’s Anatomy and Scandal (and for being an all-around boss). Her characters move almost as quickly as her plots, coalescing into something so far beyond melodrama that Slate’s Willa Paskin has dubbed the Shondaland shows “hyperdrama.” But even given the Rhimes formula, there is A LOT happening in the pilot episode of How to Get Away With Murder. Here is but a sampling of what occurred in just 44 minutes:

And those are just the highlights! Don’t get me wrong—the show is entertaining as hell and Davis’s leather wardrobe alone makes it worth watching. In one go though, How to Get Away With Murder gave us three separate murder cases, two timelines, multiple affairs, and countless suspects. It’s a lot to track, and I worry that the complicated plots will get in the way of what makes this show good: Viola Davis as Annalise Keating. “Antiheroes,” of which the take-no-shit Keating is most certainly one, are a dime a dozen on television these days, but we feminist television lovers know they’re almost always white males performing the shit out of their white masculinity. As a Black woman, Annalise Keating packs just as potent a combination of sex appeal and unlikability as Tony Soprano or Don Draper with the added bonus of not being a white dude.

She dominates her professional life and her personal life, and is respected and feared by everyone who crosses her path. The one moment of vulnerability she displays in the pilot—where she confesses to her law student Wes Gibbins (Alfred Enoch) that she and her husband are trying to have a baby—was calculating and manipulative and ended in a seduction attempt. Annalise Keating is a force to be reckoned with, whether you like her or not. The rest of the cast is far less interesting. The five law students at the head of the class are pretty diverse—Laurel (Karla Souza) is a Latina woman with morals, Michaela (Aja Naomi King) is a Black woman with ambition, Wes is a Black man who looks a lot like Freddie Prinze Jr., Connor (Jack Falahee) is a gay white man who’ll do anything to get ahead, and Asher (Matt McGorry) is the token white guy with privilege coming out his ears—but none of them have the screen presence of Davis (though to be fair, who does?). Time will tell if these five get more compelling, but at the very least it’s nice to use the phrase “token white guy” in reference to a network show.

Rounding things out: Keating’s pre-murdered husband is bland yet creepy, as is her male assistant. Her female assistant is Paris from Gilmore Girls and her boyfriend is a sexy detective whom she confronts on the witness stand so they’re more intriguing by default, but I spent a lot of the pilot wishing all of these people and their problems would get out of the way so Annalise could school us on how to get away with murder and look good doing it. As far as the plot is concerned, the jumbled timeline means we’ll be spending this season solving the murder of Annalise’s husband, who himself may be guilty of the murder of one of his students. The “who killed this (white, young, pretty) woman?” trope is tired (see also: Twin Peaks, The Killing, Pretty Little Liars, etc.) but in this case it seems more like a clue than the show’s main focus. Still, the procedural elements of the show, while probably illegal (seriously, why would 100 law students be allowed to interrogate a defendant?) would be exciting enough with the dynamic Davis in the lead. Layering them under two additional season-long murder mysteries feels like, well, overkill.

That said, we should never judge a series by its pilot, and How to Get Away with Murder has plenty of potential. Showrunner Peter Nowalk promises more hot gay sex, for one, and Viola Davis has called the stereotype-busting role of Annalise Keating one she’s been waiting for. With its triple-murder-double-timeline setup How to Get Away with Murder puts the hyper in hyperdrama, but at least we know it won’t get boring.

Hearing that Paris is in this show is the first thing that's made me want to try it. Thanks for the tip!

I know. I'm already watching too many shows, but Liza Weil is tempting.

I so enjoyed Michael C Hall on Six Feet Under that I started watching Dexter, but only made it through about half the first season. I gave House of Cards about 10 minutes. Never watched Breaking Bad.

I quit Scandal last year when the VP killed her husband. That was just too far for me. I hated it all along the way, it was filled with bad people doing bad things. I started Scandal because it was scripted and had Columbus Short from Studio 60 and White Out, Henry Ian Cusick from Lost. Joshua Malina from Sports Night and The West Wing, and the Quinn character was a relatable character in a crazy world.

Finding out that HTGAWM is from the creator of Scandal, I am out before it begins.

too many clichés / too much ridiculous posing / was not real /

will stick to the Bridge , et als.