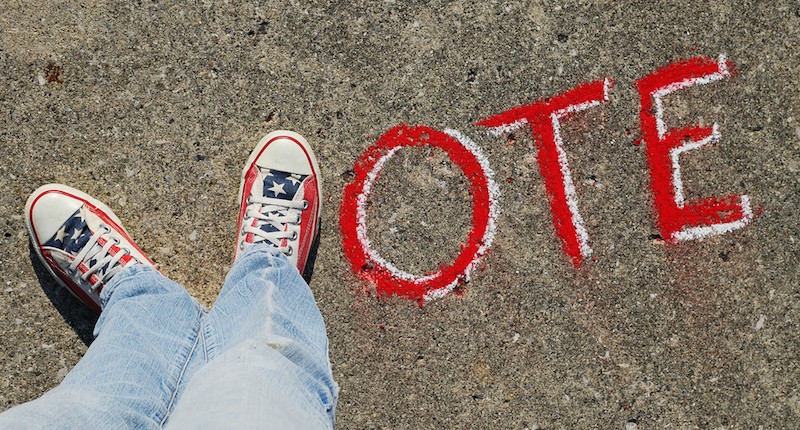 In many states, getting out to vote means getting state-issued ID. Photo by Theresa Thompson (Creative Commons).

Republican-controlled legislatures across the country have pushed for new laws in recent years that require people to show identification at the polls, arguing that it protects against voter fraud. But instead of protecting the democratic process, the wave of voter ID laws have disenfranchised many Americans—this summer a federal appeals court struck down North Carolina’s voter ID laws because they clearly show “racially discriminatory intent.”

Despite the court ruling, heading into this presidential election, 32 states still have some kind of voter ID law in effect. As Election Day approaches, the National Center for Transgender Equality is worried about how voter ID laws will impact transgender voters. That’s because voter ID laws leave many transgender people in a catch-22: Voter ID laws require people to have state-issued IDs in order to vote, and many states make it difficult or impossible to update the gender marker on a legal ID. Several of the states with the strictest voter ID laws—like Georgia, Texas, and Tennessee—either require proof of surgery or a court order to update the gender listed on an ID or don’t have state policies explaining how to update gender on IDs at all. Even in states with clear policies, transgender people are disproportionately likely not to have a photo ID because of the cost and documentation required.  A 2012 study by the Williams Institute showed that voter ID laws could “create substantial barriers to voting and possible disenfranchisement” for 25,000 transgender Americans.

“I think a big part of the barrier trans voters face is fear of going to the polls. In many parts of our lives, when we show ID that does not match who we are, there’s discrimination, there’s questioning,” says Arli Christian, the state policy counsel for the National Center for Transgender Equality, which recently updated their  “Voting While Trans” checklist for the 2016 election. The checklist offers advice to transgender voters on navigating voter ID laws, like reading up on ID requirements in their state long before election day and voting early by mail in states that allow it. The checklist also offers clear guidance for poll workers: “Gender discrepancies on ID are not a valid reason to deny a regular ballot.”

Thirty-two states have some kind of voter ID law on the books.

Christian points out that transgender people come under scrutiny because of gender markers on their IDs often and in all sorts of places—like at airport security and when getting into bars. In 2011, the NCTE conducted a survey of 6,400 trans people in the United States and found that 41 percent of trans people say they live without ID that matches their identity. Of those people without updated ID, 40 percent said they’d faced harassment because of the gender marker on their ID.

“A lot of the impact that voter ID laws have at the polls is felt especially hard by transgender people,” says Christian. “That’s why we want to make sure that people are armed with the resources they need.”

I find this matter close to home with me, as I have someone in my life that is transgender and even though they have not fully transitioned, I feel that this is a form of injustice to those individuals. These brave people are fighting to have the same rights as cisgender men and women, but they are repeating being denied by state legislation that have become scared or worried about what these certain individuals would do. Why does a state have the right to make transgender people feel like outcasts or worse abnormal in their eyes when all transgender people want to do is living their life? This stems back to the whole bathroom legislation about transgender individuals being able to use the restroom of who they are. To me, I find this appalling and horrible to treat anyone that is just being themselves. This is the worse form of discrimination and harassment because why your ID should be needed to vote. This is terrible and should stop because it ostracizes individuals of our society who of no fault of their own were not born in their correct body. Do I get annoyed with being carded for a rated R movie, even though I am almost 34 years old, yes, but I have never been harassed because my ID does not match my gender on my ID? I do not know what it is like to have this happen, but I can only imagine that the reason that these states have these laws is because being transgender goes against their moral viewpoint of life. Like with the restroom bill in North Carolina, it aggravates me that so many people would be against this, and to me it’s just using a restroom. To me, being yourself is the hardest thing to do in the world, and to have someone or a government be against you because you are different; then why wouldn’t you want to vote to change that, if you are able to. It is also very unreal, that if you are transgender, you would have to look up to see if there are any rules that you have to follow other than your cisgender friends or family. 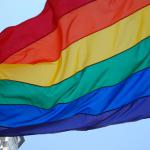 by Belinda Cai
In memory of the teen her took her own life, Cincinnati passes a ban on harmful LGBT "conversion therapy."