How White Are the Emmys? | Bitch Media

How White Are the Emmys? 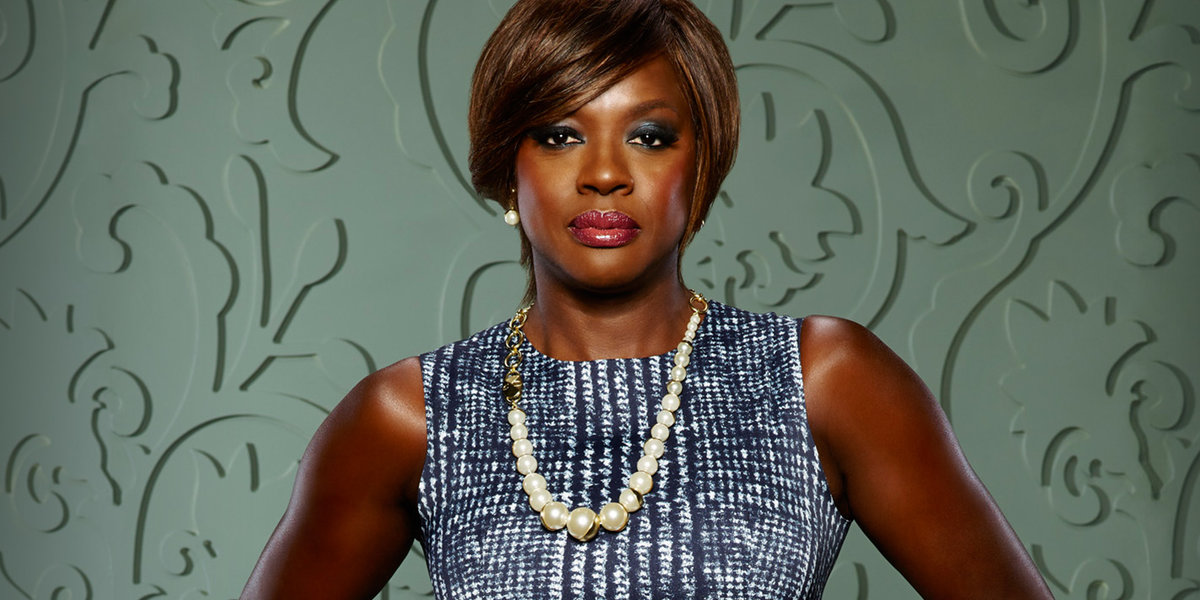 Viola Davis stars as Professor Annalise Keating in How to Get Away With Murder.

At the Emmy’s last night, Viola Davis became the first woman of color to ever (ever!) win the award for best lead actress in a drama series. In her acceptance speech, Davis made a point to talk about the systemic exclusion of women and people of color from Hollywood. She noted how rare it is to have the chance to play someone like How to Get Away With Murder’s Professor Annalise Keating. “You cannot win an Emmy for roles that are simply not there,” said Davis.

The roles that “are simply not there” is nicely shown in this infographic published this morning by Lee & Low books. 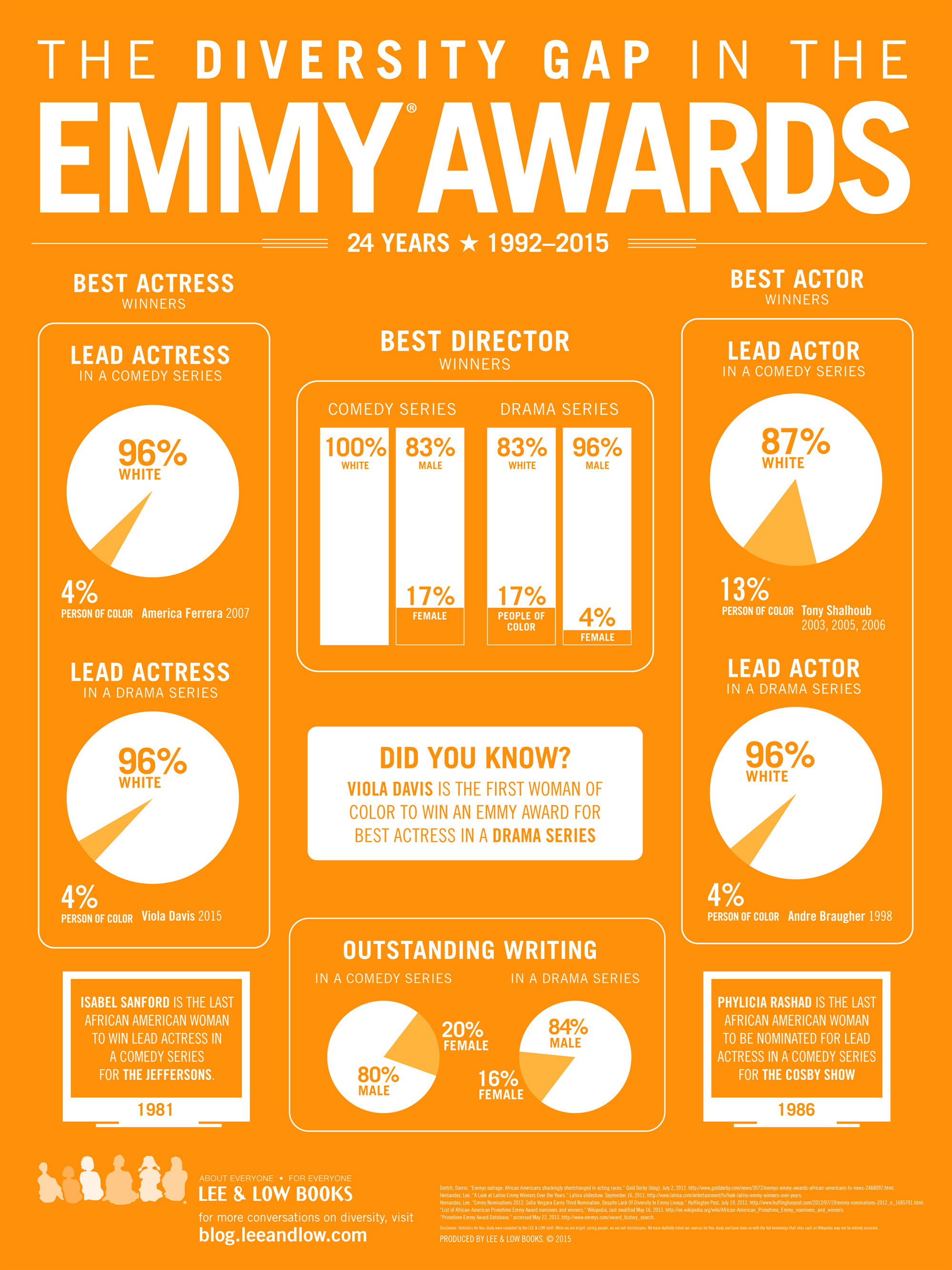 The whiteness of the Emmys, of course, is reflective of what’s on TV. In some ways, TV these days is more inclusive than film—for example, there is more representation of LGBT characters on broadcast TV and streaming services like Netflix than in major films. There’s also better gender parity: A 2014 study by UCLA found that while there are twice as many male leads than female leads in Americans films, among broadcast comedy and drama shows, the number of female and male leads are equal. But that same study found that people of color are sorely underrepresented in both industries: In film, there are three times as many white leads as people of color. On TV, the ratio is even worse: People of color are underrepresented by a factor of seven to one.

Viola Davis is amazing in How to Get Away With Murder. How many other talented performers like Davis are out there—people waiting to get their shot but with no good roles to choose from?

by Nyky Gomez
"I was looking for zines that mirrored my experiences as a queer punk woman of color. We are more than half the world population; there must be more than 10 of us writing zines!"