In Season 2, “PEN15” Gets Real About Teenage Slut-Shaming | Bitch Media

In Season 2, “PEN15” Gets Real About Teenage Slut-Shaming 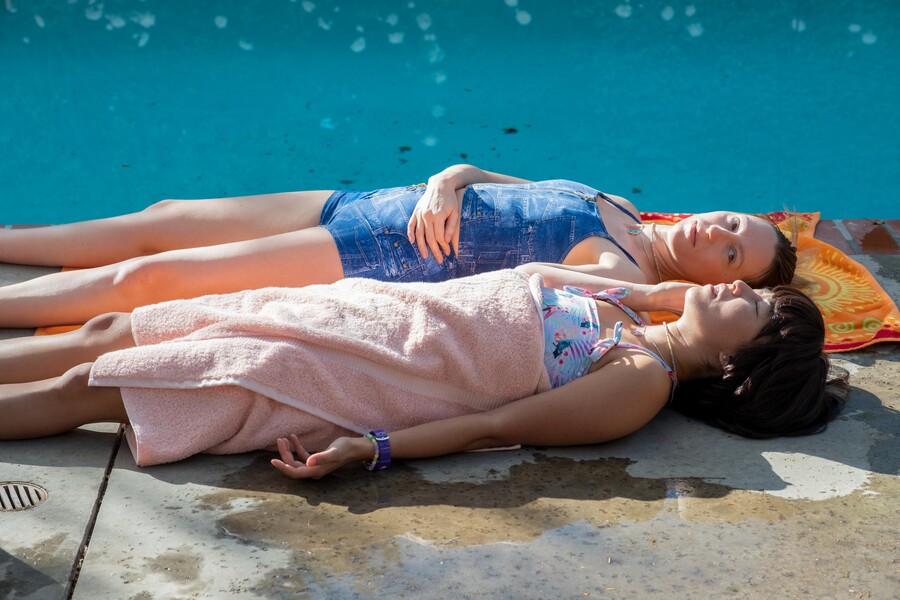 This review includes spoilers for Season 2 of PEN15.

If PEN15, the Hulu series created by Maya Erskine, Anna Konkle, and Sam Zvibleman, is committed to anything, it’s honesty—even if that induces the cringe factor. The show can be situated solidly among the slew of puberty shows on Netflix, like Big Mouth (2017) and Sex Education (2019), but while these series speak from multiple perspectives, PEN15 tstands out for its decisive study of teenaged girlhood. It’s not trying to cover every inch of ground around puberty and newfound sexuality; rather, it’s interested in looking at how two teen girls in the suburbs experience the early 2000s in all of its glittery, low-rise, hypersexualized-teen-idols glory. Just as Broad City (2014) features Ilana Glazer and Abbi Jacobson as explosively intensified caricatures of themselves, Erskine and Konkle play fictionalized 13-year-old versions of themselves—the series kicks off with a photo montage of the young duo while Bikini Kill’s 1998 song “Demirep” plays—and bring their most naive, youthful moments to the screen in what’s been called “horrifying, hilarious detail.”

At its core, PEN15 honors burgeoning sexual curiosity. At times I was reminded of The Bisexual, Desiree Akhavan and Rowan Riley’s six-part comedy drama, which stars Akhavan as Leila—a woman who takes a break from her long-term, female partner to sleep with men and explore her bisexuality. When Leila has sex with a man for the first time, the moment isn’t clinical or sexy but is firmly situated in curiosity. It’s a coming-of-age story, though Leila’s already an adult. I also thought of the earnestness of Booksmart and the candidness of The To-Do List. In a similar vein—though its portrayal of female sexuality is much messier and cringe-inducing—PEN15 is beloved for its willingness to dive into the most intimate moments teenage girls experience without sexualizing them. For example, in Season 1, Maya becomes so obsessed with masturbation that she begins rearranging her entire life around it.

Viewers watch as she masturbates in her closet fully clothed as she makes out with a poster of a heartthrob. But there’s nothing sensual about the moment. It’s awkward and even gross in its honesty. Unlike past pop culture depictions of teen seductresses who lure men in left and right, Maya and Anna aren’t innate sexual geniuses who masterfully wield their burgeoning womanhood. They have absolutely no idea what they’re doing. In the Season 1 finale, Anna and Maya are simultaneously felt up by cool-kid Brandt (Jonah Beres), who demands they keep the moment quiet. It isn’t some hot moment of underage sex as seen through an inappropriately excited male gaze; it’s a symbol of female friendship, as they become women, side by side, with the same boy’s hands on either one of their boobs.

Season 2 further explores this same sense of sexual curiosity; but if the first season focuses on the girls’ interest in expressing their sexuality, the second season focuses on the sexist consequences that come with this expression. And they have to lean on each other even more to survive them. Season 2 kicks off with Anna and Maya going to a pool party and panicking when they run into Brandt for the first time since their shared moment at the dance. They desperately want Brandt to admit that he had a “threesome” with them, but he keeps denying it, making them feel confused and embarrassed. Why won’t he admit that he felt them up? Is he ashamed of what he did? And why do they feel so bad about it? 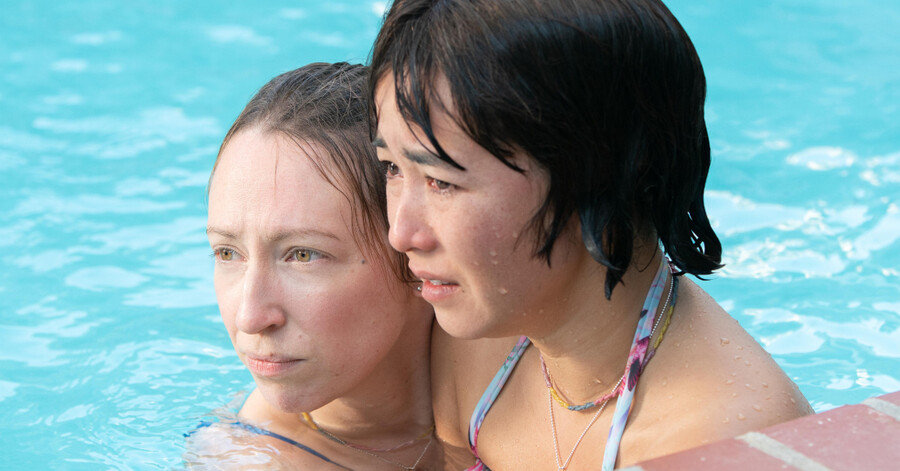 Determined to fight this swell of negative emotions, the girls set out on a mission to see if any of their classmates noticed the hookup. Finally, they corner Brandt and he admits that he did, in fact, have a “threesome” with them—though he’d really like them to continue to keep quiet about it. Instead of feeling shame, they now feel excited. Rather than continuing to flirt with him, they press their heads together and squeal about their feminine power. But that sense of power swiftly comes to an end. After all, they did tell most of their classmates that they hooked up with Brandt, and, even worse, that they did it together. They’re subsequently slutshamed, with their female peers calling them “desperate sluts” during P.E. “You’ve changed,” one of their more popular classmates says. Suddenly, their desire to be sexual beings comes with retribution: Have they changed? Are they sluts? Teary-eyed, they talk through the logistics of what it means to be a slut, only to realize how gendered slut-shaming is. “He’s a slut too,” they say, trying to find footing that grants them some power in the encounter, but despite their youth, they know the truth: No, “he’s just a player.”

In a subsequent episode, Anna latches on to professional wrestling because she sees it as an opportunity to straddle the line between sexy and powerful. In the safety of her bedroom, Anna imagines herself morphing into a wrestler, her body encased in black spandex and her eyes rimmed with eyeliner glitter. She’s in charge, and she finally knows what she’s doing with her body. “You’re hot and strong,” an imagined Brandt says to Anna during the daydream; “You’ve got my mad respect.” Anna and Maya want to be sexual, but they want to be respected too. They quickly realize that it’s a fine line to walk.

Anna and Maya want to be sexual, but they want to be respected too. They quickly realize that it’s a fine line to walk.

Entering the male-dominated space of wrestling, one Anna intentionally entered in hopes of feeling respected, ultimately means the girls face even more shaming and misogyny. The wrestling boys joke that they have “big hairy pussies,” leading the girls to decide to take a look for themselves: While on the phone with each other, they open their legs in front of mirrors and evaluate. “Do you smell anything?” Anna asks. “Yeah, do you?” Maya responds. She sprays perfume on it before yelling, saying she thinks she burned it. “Maybe it doesn’t like that,” Anna says. They’re confused and a little embarrassed, but it’s a moment they’re glad they shared. And, once they hang up the phone, they each spend a little more time learning about their own bodies. In the midst of a world of bowl cuts, ponchos, divorced parents, and Nair, Maya and Anna dive right into their own sexuality, learning about pleasure, sex, and what it feels like to attract and be attracted to others.

Given the early 2000s setting, this isn’t an easy path to choose; there’s little clarity about what’s happening to their bodies, and they deal with everything from being slutshamed to being period-shamed without having access to an internet that can answer all their questions. But there’s hope for their survival: Even if they have experiences that seem impossible to bounce back from—one painfully cringeworthy scene takes place during a sleepover when their new best friend pulls Maya’s pants down, causing her menstrual pad to fall out— Anna and Maya can always lean on each other. “I can feel your heart energy,” Anna tells Maya when she’s upset about a boy; “It’s gonna get better.” They’ll always tell each other they’re the hottest, coolest, and most talented girls in the world—and they’ll always really believe it as long as they have each other.