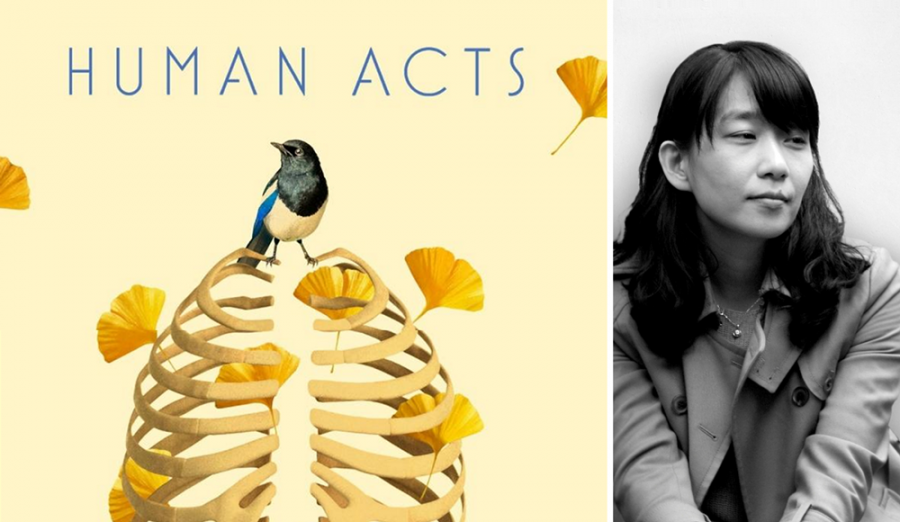 Han Kang, who won the Man Booker International Prize last year for her novel The Vegetarian, has followed that success with a second novel that is both political and personal. Human Acts is set in the days and years following the Gwangju Uprising, a popular uprising in South Korea in 1980 that resulted in hundreds of civilian deaths at the hands of the military. After Park Chung-hee, the country’s president and military dictator from 1963 to 1979, was assassinated, his second-in-command, Chun Doo-hwan, stepped into power and showed signs of continuing Park’s legacy of authoritarian rule. In the southern city of Gwangju, far from Seoul and home to many factories and nascent labor organizers in the recently industrialized South Korean economy, student demonstrators and union activists began protesting his leadership. At Chun’s behest, the national military responded swiftly and violently, gunning down many protestors in the streets and imprisoning and torturing others brutally for years after.

During the uprising, roads to Gwangju were blocked and telephone wires cut, effectively isolating the city from the rest of the country while it was occupied by the army. It is still not known how many people were killed in the events, as official estimates are far lower than those from international journalists and have yet to be revised. Many of the bodies were gathered up and disposed of by the army without being identified or returned to their families, making it difficult to know how many people actually died.

The first chapter of Human Acts focuses on Dong-ho, a middle-school boy who has volunteered to care for the bodies in the municipal gym, where relatives are coming to try to identify their missing family members. Younger than the other volunteers, Dong-ho refuses to go home when the others encourage him to and when his mother begs him, insisting that he must stay among the bodies because he is looking for his friend and neighbor, who has been missing since the first wave of protesting. In fact, Dong-ho watched his friend die in the protest, and he’s haunted by the question of what happens to the soul when it leaves the body, and why he ran away from his friend instead of toward him when the shooting began.

Han’s writing is beautiful and restrained, never succumbing to melodrama or resorting to cliché to describe her characters’ fears, bravery, and suffering.The chapters that follow advance through the years after the uprising, slowly moving toward the present, and each focuses on a different person’s experience of the events, all of whom met Dong-ho that day—but their stories show that the pain and suffering engendered by the events of 1980 last far into the future. Another volunteer who cared for the bodies of the dead, Eun-sook, now a book editor, tries to publish a play about the traumatic events and is resolutely censored by the government. One line from the play reads “After you died I couldn’t hold a funeral, so my life became a funeral.” It is a line that resonates in each story the book tells.

One of the activists, who was held in prison and tortured for years, tells his painful story to a professor for his academic research. He also tells of his compatriot, who, after their release, committed suicide after years of struggling to readjust to normal life. Another volunteer, who was also a factory girl at the time, tries to finally confront the trauma of the events that have shaped the rest of her life. Dong-ho’s mother is pulled toward demonstrating with other bereaved family members when Chun Doo-hwan returns to Gwangju. Finally, in the last section of the book, Han tells of her own journey discovering this story and writing this book—she grew up in Gwangju, and her family had moved away just before the events of 1980, selling their house to Dong-ho’s family.

Current political events in South Korea demonstrate that the circumstances leading up to the Gwangju Uprising still affect the nation. The current president the first woman to hold the position, Park Geun-hye, is the daughter of former president and military dictator Park Chung-hee. She was impeached due to corruption charges on December 9, 2016, and prime minister Hwang Kyo-ahn has taken over her duties as acting president until the Constitutional Court decides whether her impeachment was justified. In November 2016, hundreds of thousands of protesters, estimated by some to be the largest turnout in the nation’s history, took to the streets to call for Park Geun-hye’s resignation. This willingness to gather and protest today despite a history of state violence toward activism is evidence of their bravery and their continued civic engagement.

Throughout the book, Han raises the question of what it is that allows groups of people to commit such remarkable acts—both of violence and of bravery. How could the soldiers brutally kill so many innocent people? What made the people of Gwangju so willing to fill the streets and the squares of their city and protest, even after it became clear that death almost certainly awaited many of them? These questions, and their bearing on human nature, drive this beautiful and elegant tribute to the people who were killed in Gwangju. Han describes horrific acts in painstaking detail, bearing witness to the suffering these people experienced and refusing to turn away from the worst that human nature has to offer. The book is deeply sad and brought me to tears several times, but it is also beautiful and moving. There are uplifting, inspiring moments, like when Han examines the other side of the group action coin. “Those snapshot moments, when it seemed we’d all performed the miracle of stepping outside the shell of our own selves, one person’s tender skin coming into grazed contact with another, felt as though they were rethreading the sinews of that world heart, patching up the fissures from which blood had flowed, making it beat again. That was what captured me, what has stayed with me ever since,” explains one protester.