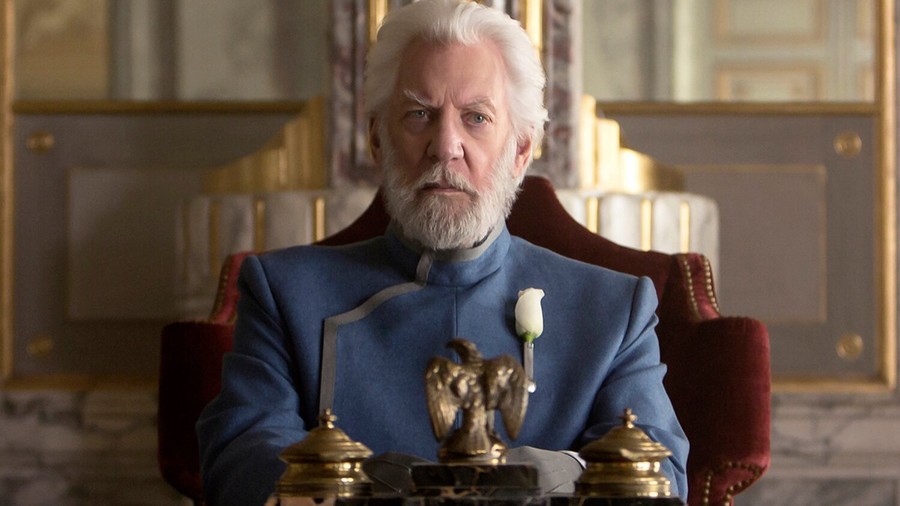 The hotly anticipated prequel to Suzanne Collins’s bestselling Hunger Games trilogy is set to drop May 19, and a sneak preview in Entertainment Weekly revealed that the prequel will focus on—drum roll, please—a young Coriolanus Snow. You know, the guy who eventually becomes Panem’s corrupt authoritarian “president.” While it’s difficult to make sweeping assumptions about a book based solely on a few hundred (stiff, badly written, extremely purple) words, it does seem as if Collins intends this prequel to attempt to humanize a cruel, power-hungry, vile man who haunts revolutionary figurehead Katniss Everdeen until he’s ignominiously killed by a rioting crowd.

Snow’s legacy as a cold, hard man will be seemingly be rewritten in The Ballad of Songbirds and Snakes: “The world still thought Coriolanus rich, but his only real currency was charm, which he spread liberally as he made his way through the crowd,” the excerpt reads, noting “there was a certain standard expected of a Snow.” Readers are being led to believe that the book recasts Snow as a young man from a privileged and powerful family assigned as a mentor in the hunger games, but passed over for the plum roles and stuck with…a girl from District 12. The obvious question is what sets off the series of events that culminate 64 years later in a clash with another resilient teen girl from the same district. This might work if Snow were characterized as a mere cog in the machine, dragged along by circumstances he cannot control. But Snow is the machine.

What little we know about The Ballad of Songbirds and Snakes suggests that it’s meant to tap into a long and respected literary and cultural history of exploring the conditions that lead us to villainy, but it will likely fall short of the mark. Good media about the backstories of villains is hard to find, primarily because evil is difficult to justify. Excellent entries in this genre don’t attempt to excuse or explain the horrors someone inflicts. Instead, such works tend to add nuance or a new dimension that turns a villain into an antihero. Take Maleficent, for example, in which a cartoonishly evil fairy is revealed to have a more complicated life than we’re originally privy to. In The Mere Wife, Maria Dahvana Headley’s 2018 retelling of Beowulf, Grendel and his mother become something deeper and darker to readers who think they know Beowulf. It’s not impossible to tell the story of how a person becomes a villain; it’s just extremely hard, and Collins doesn’t have the range. Her books may be extremely popular, but they are hardly an example of complex, subtle writing.

Recent whitewashing of George W. Bush aside, some villains cannot be redeemed, at least effectively—and it’s safe to argue that Snow is one of them. In the world Collins created in her trilogy, it is Snow’s authoritarian regime that exacerbates the socioeconomic inequality of Panem, with the wealthy and powerful in the capital frittering away their lives on the backs of those living and working in the remote districts. To stave off boredom, they stage elaborate gladiatorial matches where poorer citizens fight to the death because they lack access to all but the most rudimentary training and resources. This very setup is what made The Hunger Games so popular and successful when it was released in 2008 amid chaos of a global economic recession. While many young-adult readers were likely somewhat isolated from the gross inequalities and excesses of capitalism on display in their real lives, The Hunger Games spoke to adults, becoming an early entry in young-adult literature that appealed to older readers.

The Hunger Games trilogy did more than echo the world it arrived in. The series inspired readers across the world who were compelled by Katniss’s struggle and the fierce resilience of rebelling districts. Hunger Games–themed protest signs have abounded, protesters use the three-finger salute, and graffiti referencing the books has dotted walls around the globe. It’s almost impossible to imagine a way in which Snow’s regime could be nuanced into something other than it was: Are we to believe that he was a secret sympathizer? That he became a dictator to save Panem from something even worse? Is this early preview merely a long con that will be flipped on readers, making fools of those who reacted with outrage about what they see as a corruption of a fictional world they’ve come to love?

Collins’s prequel will more likely attempt to camouflage itself among pop culture, such as Carrie (1976) or Joker (2019), that drive home the message that we all have the capacity for evil, especially when there’s a precipitating event that somehow justifies their cruelty. Some critics argued that Joker did little more than peddle sympathy for a specific subset of white, hypermasculine culture that’s already getting plenty of sympathy in the news: The film follows a man who turns from an embittered failed comedian to a killer, and is tinged with harmful tropes about mental illness. There’s little effort to attempt nuance in the Joker’s origin story: Viewers are expected to feel bad for him because he’s had a difficult time, conveniently setting aside the fact that many people experience rejection, humiliation, and poverty and don’t turn into serial killers.

Some villains cannot be redeemed, at least effectively—and it’s safe to argue that Snow is one of them.

At a time when “misunderstood” white men are leading white supremacist marches and committing mass murder, Joker seemed at best in poor taste, at worst another entry in normalizing media that suggests society owes men like this something, lest they turn into killers. Is this how readers will be encouraged to feel about Snow? Redemption has to be earned; attempting to retcon it through a perilous backstory is always a dicey proposition because even if readers empathize with Snow’s journey, we still know he becomes a monster who dies, leaving no clear pathway for him to potentially redeem himself. Had Snow survived the revolution, a followup exploring what happened next might have held water, though it’s unlikely: This is a man who sent children to their deaths for entertainment for decades, deliberately starved districts of resources, and entrenched lethal inequalities for power. It’s hard to see how one comes back from that.

A book explaining how a man became evil just isn’t interesting if its primary purpose is to somehow justify it. The vast capacity for evil took nearly 1,000 pages for Jonathan Littell to explore in The Kindly Ones (2006), for instance; the cruelty, sadism, and horror that saturates the text makes it clear that this evil is unjustifiable, but the story of how Maximilien Aue arrives at it is still, arguably, worth telling. This perilous balance, though, is not well-suited to the young-adult genre. While young adults can handle explorations of depravity, cruelty demands redemption (or destruction) under publishing norms.  A book whose narrative is “good boy from nice family goes bad, the end” is not something the publishing industry will buy, so it’s unlikely to be the book Collins wrote.

Authors of popular franchises have a tendency to become stuck in them, unwilling to let sleeping dogs lie. And the longer they flog rewarmed iterations of their books, the greater the risk of a dangerous misstep. A story about the slow, frustrating course of recovery from fascism in a nation with devastated infrastructure and a population coping with serious neglect-induced health problems and PTSD would’ve been a fascinating addition to the world of the Hunger Games—but it’s telling that Collins seems more invested in humanizing the architect of cruelty than exploring its aftermath.

Read this Next: The Uncomfortable Violence of The Hunger Games' "Mockingjay" 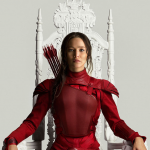