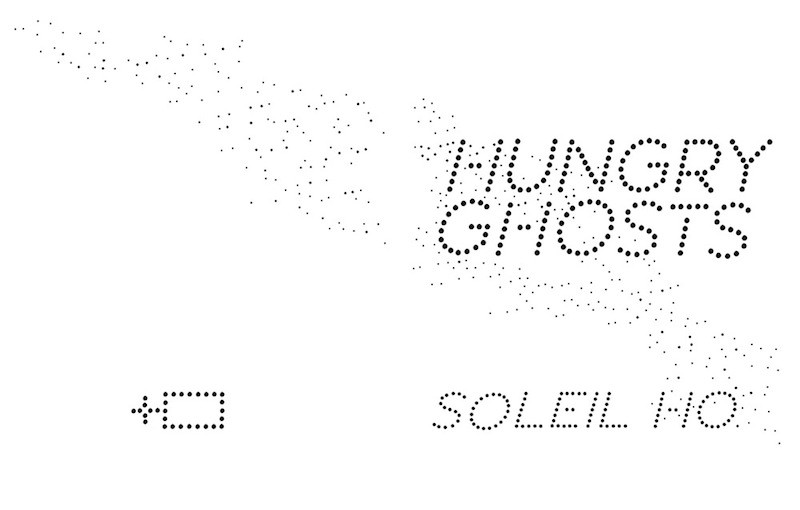 Soleil Ho’s writing is clear and distinct, and most of all, her voice is incisive—sharp like the knives she wields as a chef. As one of the cohosts of the podcast Racist Sandwich, Ho delves into the place where food culture meets race and gender. Her latest project veers into another side of her work: Hungry Ghosts is a chapbook collection of essays that explores the lasting impact of trauma through powerful vignettes. From coming to terms with sexual assault and how far someone can go if they feel like they’ve lost their voice, to finding solace in between still frames of Sailor Moon, Ho’s writing cuts into wounds that have not yet healed. She has also written several articles for Bitch about food and cultural appropriation and the politics of foodie trends.

I spoke with Ho about her writing, why “building an argument” is important, and how there’s so much we’re unable to say with mere words.

AMY LAM: I remember you saying that when you were growing up, you were more of a math and science kid. You did really well in those subjects, and it may have influenced your career choices as an adult. When and how did that change? When did you really begin to focus on writing?

SOLEIL HO: When I was a kid, I was really into computers, programming, computer languages, and physics. Quantum physics was really fascinating to me. I read so many books about that stuff and got really into nonfiction writing because of that. It’s all stories about physics, explaining the multiverse, or instructional manuals. It was the kind of language I became really familiar with, building a story or theory with just facts.

As a kid, I remember really enjoying writing about my day in school. I really enjoyed writing stories. Like in third grade, I wrote a story about a Thanksgiving turkey, and it was an alien from outer space, and a family tried to cook it. They cut off its head and put it in the oven. Then it came back to life and shot them all in the face. [Laughs.] Not really sophisticated, but that was the kind of shit I was into.

I’m not really sure when it changed and I considered myself a writer. I guess I never really thought of myself as a writer until I considered what I was going to do because I was really into food too. After college, I thought, “Oh, I can try to be a food writer or something,” because I just happened upon an internship for a food magazine.

I just started writing. But even then, I didn’t consider myself to be a writer. And all of a sudden, I don’t know what happened or when, but I decided to apply for an MFA program. I don’t know why, I still don’t know, and I don’t know if I’m a writer. [Laughs.] None of it really makes sense to me. I just have something with words, and I just enjoy making arguments so much, in a way that’s influenced by my early reading.

What you’re saying makes a lot of sense, about your writing being based on the multiverse and building stories and theories with facts. Something I’ve noticed with your work is that you have such a great talent with synthesizing ideas and events to form a much larger beautiful and cohesive narrative. For example, in your piece “Teach Me How to Speak,” you connect the background of the K-pop star PSY and the shooter at Virginia Tech Seung-Hui Cho and the effects of silence and feeling silenced. There’s this theme of trauma that appears through a lot of your work. Can you talk more about the process of writing through trauma?

I definitely believe that just through reading about trauma, and other people’s experiences with it, that trauma hides behind these really unlikely images. For example, I had a panic attack. The last time I had one, my husband and I were driving during an ice storm, and we stopped on a hill, and our car was sliding backwards. And it had nothing to do with any traumatic event in my life, but I had a panic attack. The trauma resurfaced so violently with that moment, with that feeling of slipping.

The process of writing for me is just centered on that. I don’t start thinking that I want to write about trauma, but I start with images. These sort of things just bubble up, as trauma does when you have PTSD; it just appears behind corners or behind doors where you weren’t expecting it to be hiding behind.

Does the act of writing help you to organize all of these thoughts that come out of nowhere? Is it an activity that you return to in order to help you make sense of everything?

Yes, definitely. Making the connections and building the arguments is very therapeutic for me. Because we live in a chaotic world where nothing makes sense—I very much believe in the cold, unfeeling universe—the act of making patterns and making sense of things is so soothing. We do live in a society where everything is intertwined, and everything builds on everything else. Because of discourse, social theory, and just the idea that there is culture that is built by so many intersections of identity and socioeconomic issues. Laying those threads bare where they connect is really interesting and important to me.

It’s interesting that you’ve framed it as “building an argument.”

I used to teach college writing while in grad school, and that’s what I would tell my students about having a thesis statement. If they were writing an essay that was argumentative, I would tell them to build an argument with the little pieces of what you know and what you’re learning in order to make something cohesive.

It’s noteworthy that you’ve abutted the phrase “building an argument” next to the idea of writing through trauma. You have to justify and argue for your place in this trauma.

The argument, for me, especially in “The Minotaur” piece in the book, is very much about the idea that the trauma exists. When you read the essay, it brings up questions of, “Does it exist? Did it happen? I dunno.” That’s the argument: That it exists and I’m in that. But all of these other images and vignettes have spun in my mind, cloaking all of that, and it’s about peeling it off slowly layer by layer. That in itself is the argument.

Care. That is something that I have such a hard time expressing through writing. I always feel so stymied when someone tells me, “I’m hurt.” I don’t know what to write. I don’t have words for that, like how to write to them that I care. Even the act of writing “You’re valued” or “You matter” always feels so trite to me. It feels so weak. Like throwing an ibuprofen at someone with a broken leg.

This is a question that I’m always interested in asking people for whom English isn’t their first language. What does it feel like to write in English?

We talked about this during your podcast episode of Racist Sandwich. It feels like I’m stepping further and further away of that self that I started as. I’m stepping further and further away from the context I was born into. And by context, I mean my family and the language that we have together. As I grew up and became more proficient in language, and my vocabulary grew as I grew, my mastery of English language grew. For my family, that wasn’t the case. They learned what they could, and that was it. With each word I learned, that was another one they didn’t know.

It just takes me further away.

Is it possible that the writing can connect you back somehow?

I don’t think so.

Is that where your food comes in?

Yeah. It’s a lot easier for me to cook for my grandparents than it is for me to share an essay with them. They can look at the essay, but they won’t understand it. There’s gonna be a lot of language in there that they’ve never encountered or don’t know how to parse. But if I just made them brussels sprouts, they’ll understand that even though they’ve never eaten them before. They can actually articulate what flavor it is for them. It’s pre-language. You don’t have to know a language in order to taste a food.

Relevant: A Seat at the Table 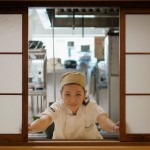 by Amy Lam
It's crucial to see the race and gender dynamics at work behind high-end cuisine.