“Hustlers” Explodes the Damaging Stereotype of Sex Workers as Thieves 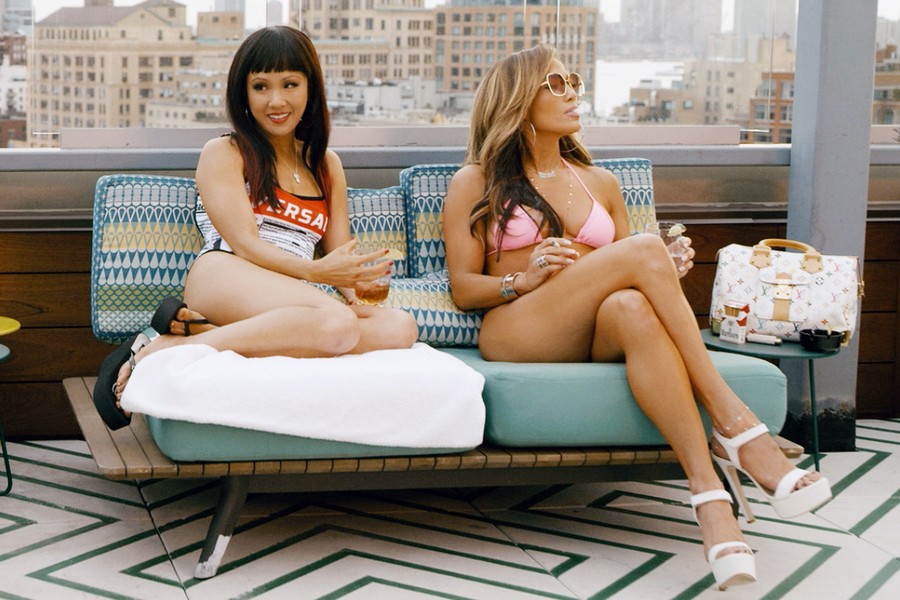 Hustlers, Lorene Scafaria’s adaptation of Jessica Pressler’s 2015 New York magazine article reveals how a group of former strippers became increasingly desperate after the unscrupulous practices of some of their male clientele helped bring about the 2008 financial crash. After the market plunges, Ramona (Jennifer Lopez) and her protégé, Destiny (Constance Wu), orchestrate a series of hustles designed to bring in more customers: picking up men in bars and luring them into the club (which earns them a percentage of whatever the guys spend that night), drugging the men, subcontracting to full-service sex workers for paid sex, and maxing out their customers’ credit cards. Both Ramona and Destiny are financially savvy—as Destiny tells journalist Jennifer (Julia Stiles), “I could have worked on Wall Street”—but attractive women of color from poor and working-class backgrounds are far less likely than their customers to make it to Wall Street.

In the film’s first act, there’s a sense of camaraderie among the dancers, who have a range of skin tones and body types: Liz (Lizzo) would be appreciatively called a “big body woman” by my West Indian people; Tracy (Trace Lysette) is a trans dancer whose jealous boyfriend is a far more pressing issue than her transness. With these casting choices, Scafaria sends the clear message that sexually desirable women are as varied and diverse as sexual desire itself. After the market crashes, however, the culture of the club changes. Many of the new dancers are Russian immigrants who have to trade sexual favors to earn a living, while the pre-crash crew turns to crime instead.

When I was conducting research for my 2016 debut novel, a full-service sex worker and activist asked me to change the premise wherein my sex-worker squad, like the hustlers of Hustlers, robbed their clients; she explained that the sex-worker-as-thief stereotype is damaging and runs counter to the idea that sex work is work and should therefore have labor protections. The prevalent trope feeds the idea that sex workers are criminals instead of professionals who deserve to be compensated for their labor. I heeded her advice: Ultimately, the fictional crew of Uptown Thief robs corrupt CEOs involved in a sex-trafficking scandal. They don’t rob their clients because it violates their code of conduct.

Unlike me, however, Scafaria is wedded to a real-life origin story that’s partially fueled by a hostile relationship between these characters and their customers. Somehow though, she still manages to challenge the “sex workers as thieves” stereotype: When Destiny meets Jennifer, she says, “I really hope it’s not some story about all strippers being thieves or whatever…cause they’re not. And it’s things like this that add to stigma and I don’t want to perpetuate anything.” In this way, Hustlers reinforces the position that sex work is work while also revealing how pay-to-work practices and sexually predatory male staff at strip clubs systematically exploit exotic dancers. When Destiny finishes her first night at the club, she has to give a huge portion of her earnings to its owner. She also tips out the club’s manager and host, though Diamond (Cardi B) cusses the manager out for preying on new girls and forcing them to perform oral sex on him in exchange for a job.

There are distinct differences between the case made for decriminalizing sex work versus the argument for so-called “legalization.” When sex work is decriminalized, the state doesn’t get involved in regulating an exchange of sex for money between two consenting adults. Sex work, then, becomes no different than a person selling their sofa to a stranger on Craigslist. On the other hand, government-intervention policies, like SESTA-FOSTA, are disastrous for sex workers because their one-size-fits-all approach doesn’t differentiate trafficking from consensual sex work and assumes participants are always at odds with their clients. These blanket criminalizations—whether they target selling sex, buying sex, or both—leave sex workers with few legal options to find clients, and makes them more vulnerable to violence. If the law views sex work as inherently exploitative, then it robs the people who do that work of the ability to operate in the open and to screen their clients as other service workers are able to do.

There’s no harm or danger that women face in the sex industry that doesn’t exist in other parts of the society, so those who hold fiercely to the belief that all sex industries are sites of sexual exploitation are more interested in a convenient scapegoat than actually ending sexual violence. In reality, sex industries lack the pretense of other institutions—dating, marriage, the family, the workplace, the educational system, the military, politics, entertainment, to name just a handful—that are rife with sexual violence against women. There’s a scene in Hustlers that reflects this perfectly: Liz runs into the dancers’ dressing room screaming that R&B singer Usher is in the club. At that moment, every single dancer runs out to the stage and begin dancing for him en masse, a thick, undulating mob of female delight. Usher doesn’t say a single word. In fact, very few men in the film speak. It’s practically an inverse Bechdel test: Few of the men are named, no man has more than two or three lines, and they never exchange any lines with each other—only with women. But despite their limited dialogue, the power of patriarchy suffuses the film. From the client who dismisses Ramona from the VIP room because she won’t let him grope her to the one who promises Destiny $300 for a sexual favor but only gives her $60, most of Hustlers’ men are creeps.

Hustlers subverts stereotype, offering a portrait of women who love and take care of each other rather than one of sex workers as thieves.

The very backdrop of the film—the ruthlessly, recklessly capitalist 2000s—helps create empathy for these women, who want to leave the industry but, because of the stigma of sex work, keeps them from accessing even entry-level, minimum-wage jobs. When Ramona asks the male manager at her retail job if she can take off early on Fridays to pick up her daughter, he refuses despite the fact that she’s already gotten a coworker to cover the shift. “Am I the father?” he asks. “Then why should I give a shit?” The blame he heaps on Ramona (“More hours, more money. More money, a babysitter. Problem solved”) is echoed in Destiny’s experience as well: No longer working at the club and with a new baby, she’s interviewing for a retail job. When the interviewer, a middle-aged white woman, asks what Destiny did in each of the clubs listed on her résumé, she replies, “Bartending, mostly.” Yet the woman shows nothing but contempt even for her sanitized work history.

It’s a Catch-22: Pre–market crash, Ramona’s work as a stripper earned her enough to afford high-quality nanny care for her child. After it, she can’t survive without doing sexual favors for cash. Our nation’s pervasive whorephobia views any involvement in the sex industry with scorn because such labor—whether full-contact, dancing, or otherwise—is seen as different from other kinds, and thus not worthy of caring about or protecting. What Hustlers makes clear is that the problem isn’t sex work or sex workers. It’s that women only own 1 percent of the world’s wealth and still need money to survive—and this financial dependence makes us vulnerable to exploitation. Divide-and-conquer is a time-tested strategy, and patriarchy functions by encouraging women to look down on one another: Married women look down on side chicks; wage earners look down on sex workers; and in Hustlers, even the women who drugged their clients found a way to look down on subcontractors who sold sex. I reached out to another sex worker activist for her thoughts on these dynamics in sex work. “Strippers are sex workers,” says Antonia Crane, the author of Spent, a writing instructor at UCLA, a stripper, activist, and performer. “These women are internalizing misogyny [and] whorephobia. We need to strip and stand as a united front.”

Hustlers subverts this stereotype, too, offering a portrait of women who love and take care of each other rather than one of sex workers as thieves. They didn’t make the rules in this post–economic-crash dystopia where patriarchy is determined to leverage financial precarity to exploit women. And they’re also not meant to be stand-ins for all strippers; they’re simply a group of women who responded resourcefully to a particular set of circumstances. Though I wanted to see these women using their surplus money for more than individualistic consumerism, the film still manages to be a powerful and moving testament to female friendship, brilliance, ingenuity, and survival. As Jourdain Searles recently wrote, “While the characters in most crime films are threaded together through cultural ties, Hustlers is much more concerned with the strength of motherhood and sisterhood.” And the mere success of the movie—it earned more than $33 million on its opening weekend—might be evidence that we’ve finally moved forward enough to have a sex-worker heist story that’s brilliantly and empathically executed by a slew of talented women both in front of and behind the camera. With or without the Oscars it deserves, Hustlers is a triumph.

Read this Next: Family Ties 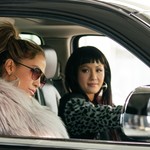 by Jourdain Searles
Ramona frames all of her behaviors as acts of love.