In “I Kissed Alice,” A Fanfiction Romance Blossoms Offline 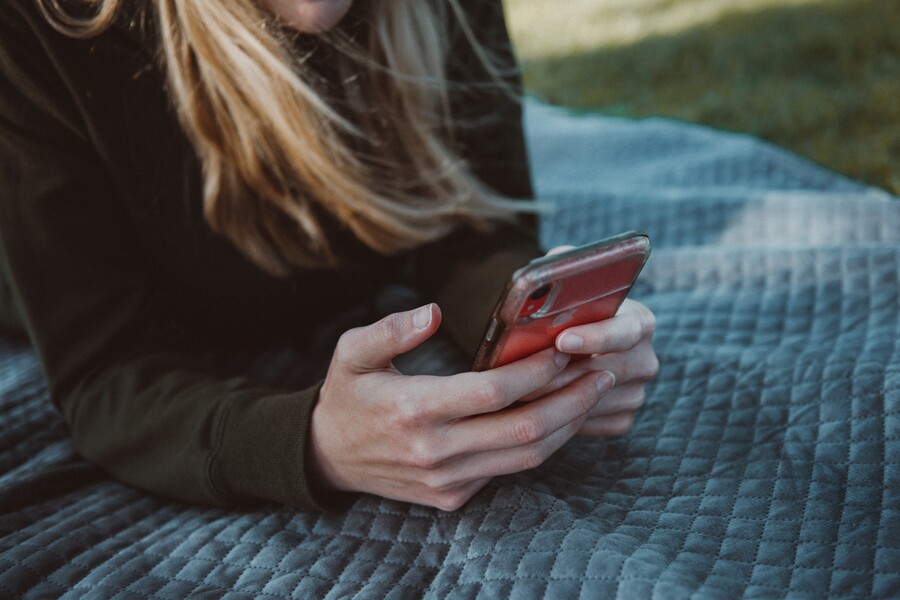 Few literary tropes are as thrilling as enemies turned lovers, a scenario in which sworn nemeses—typically due to a small mistake such as an error in communication or a misunderstanding—find themselves falling for the person they used to despise. In our increasingly connected world, these relationships tend to take place online, as these enemies don’t realize that the person they’re flirting with online is the person that they’re sworn to hate offline. While the enemies-to-lovers trope isn’t a new trend (take, for example, Casey McQuiston’s hit 2019 novel, Red, White & Royal Blue), it’s becoming increasingly popular in LGBTQ young adult novels. Most recently, Kacen Callender’s Felix Ever After (2020) finds Felix, a trans teen in New York City, who sets out for revenge when someone creates an art installation that deadnames him and commits other vile, transphobic acts. He’s convinced his nemesis, Declan, is behind it: They’ve been competing for a scholarship they both need, and Declan has never liked Felix.

He tries to root Declan out by creating a fake Instagram account and catfishing Declan. But the more Felix talks to Declan, the more he learns they have in common, and the more he begins to care about, and eventually love, his once sworn enemy. I thought about Felix Ever After, Lisa Papademetriou and Christopher Tebbett’s 2016 novel, M or F?, and Erin Gough’s 2019 novel, Amelia Westlake Was Never Here as I read Anna Birch’s debut, I Kissed Alice, a queer YA novel in which two teenage girls at Alabama’s Conservatory of the Arts compete against each other for a scholarship. Illiana desperately needs the scholarship and is willing to do whatever it takes to get it. Rhodes, Illiana’s nemesis, hardly works at all. She’s also a talented artist, but Illiana believes Rhodes floats from accomplishment to accomplishment, largely on the backs of her rich parents who are willing to dole out whatever cash is necessary to ensure their children succeed.

Here’s what Illiana doesn’t know: Rhodes’s parents care much more about their public image than her interests and passions. Though Rhodes and Illiana hate each other, their mutual best friend, Sarah, keeps them in the same friendship orbit. Their mutual animosity peaks when Rhodes, Sarah, and Illiana, along with Rhodes’s brother, are caught using drugs in an art gallery. When they’re caught, Sarah and Rhodes drive off, leaving Illiana behind. “This couldn’t be happening,” Iliana says of the moment. “They left me…from that moment on, everything was different.” The event causes Illiana to lose her college scholarship and, ultimately, drives a deep wedge into an already precarious friendship. While Illiana forgives Sarah, she can’t help but blame Rhodes for what she’s lost.

While Rhodes and Iliana despise each other, they share a whole lot in common: Both are stubborn, determined, and harboring a secret obsession with fanfiction. And they’ve unknowingly spent months falling in love with each other online, as they both write fanfiction and are collaborating on a project about Alice in Wonderland. “I came to understand what it meant to be queer on Slash/Spot,” Iliana says of the fanfiction database, “long before I understood what that meant to my own identity, and who I would love, and the person I would ultimately grow into—someone I’m still growing into.” “If there were a time on Slash/Spot before I-Kissed-Alice—Alice, as I call her, and she calls me Cheshire after my own username—I don’t remember it,” Illiana reflects. “There was no life before Slash/Spot, and the rest of it barely mattered before I met Alice.”

The same girls who spend their days glaring at each other in class spend their nights messaging each other. Everything comes to a head when they realize they’re both heading to the same arts competition, and they’ll finally be able to meet in person. There’s something delightful about Birch layering a story about two fanfiction writers within an enemies-to-lovers romance, especially since the trope is popular within fanfiction circles and there are entire archives dedicated to these kinds of romances. Rhodes and Illiana’s chemistry also makes them worthy of a classic enemies-to-lovers story. Even when they’re fighting, it’s clear that there’s something more between them. During the arts competition, Illiana discovers that Rhodes’s parents have a connection that, once again, stacks the deck in Rhodes’s favor. 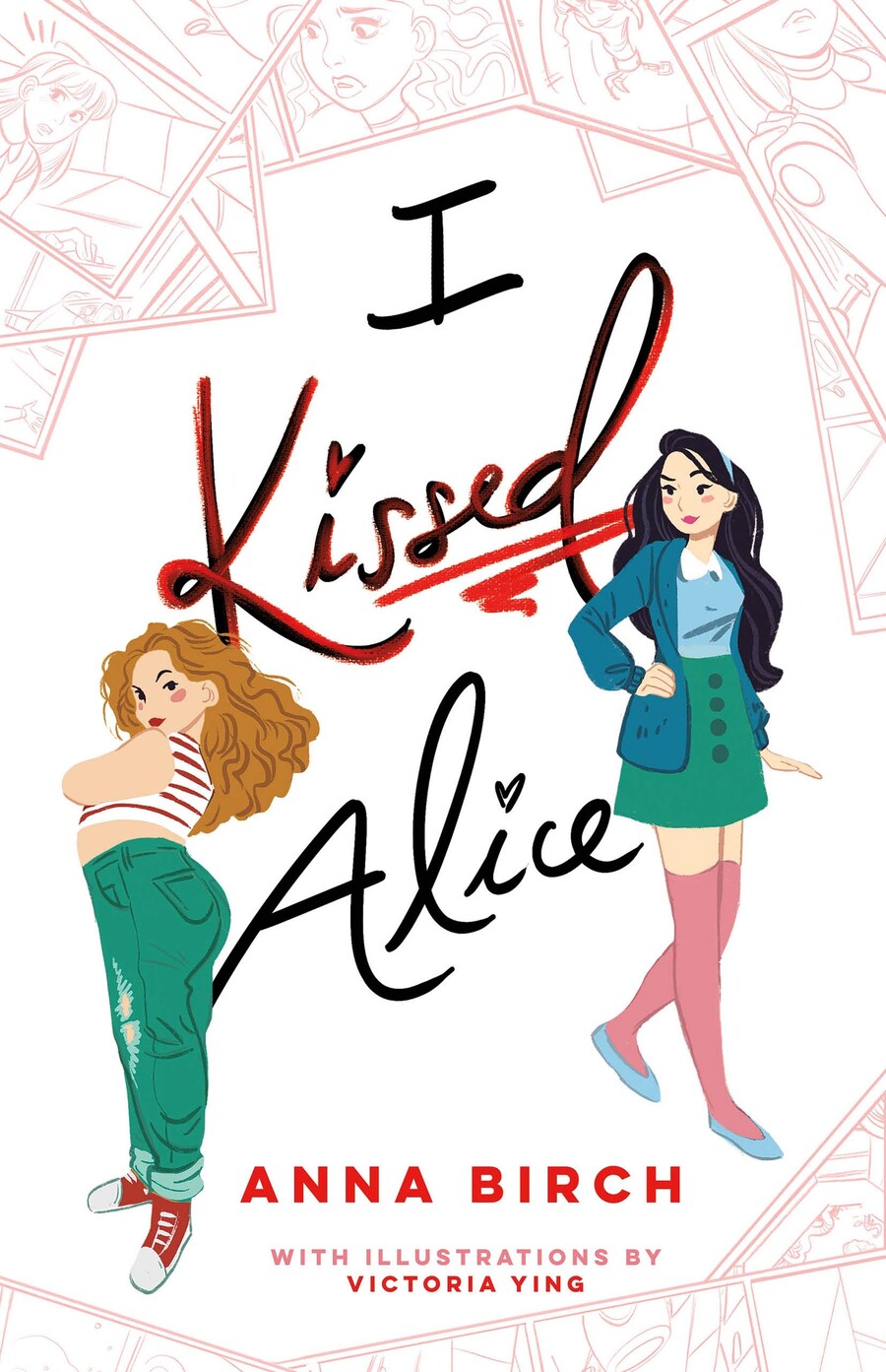 “I close the distance between us,” Illiana says of approaching Rhodes for a fight. “She’s got at least six inches on me, and probably a good twenty pounds. She pushes me away from her to create space, and I push back. Harder this time, maybe too hard.” “It’s an orgasm of its own kind,” Iliana continues, “euphoria followed by an instant break of tension.” Similar to the relationship between Felix and Declan in Felix Ever After, the enemies-to-lovers storyline works because the stakes are so high. Illiana and Rhodes are competing for something that they need. It’s not just about ego; it’s about their futures. Felix talks openly about the way that socioeconomic class influences his ability to be open about his sexuality and he struggles with his queer friends who have access to empty apartments for hangouts and who can simply travel and exist on their own terms.

In I Kissed Alice, we see Rhodes increasingly realizing her own class privilege, an important note for readers who may have yet to do the same. “It never occured to me how much these things actually cost,” Rhodes thinks. “Money for supplies. Money for entry fees. Money for travel. The benefit of knowing the right people since birth. I don’t doubt that I got into the festival all these years because I deserved it, but Illiana and Sarah have deserved it, too—they just didn’t have the same resources to get here.” On the other hand, Rhodes is suffocated by her parents’ expectations and their inability to be more supportive, even after she expresses how much anxiety and stress their expectations are causing her. Rhodes and Iliana find freedom in each other.

It’s a bumpy and tension-filled road, one in which both girls are needlessly cruel in person, and yet simultaneously so kind and gentle via their alter-egos. With beauty on both a sentence and conceptual level, Birch expertly guides us through a world that makes clear the fact that we are all so much more than we present upfront. We’re all struggling with something that we aren’t letting the world have access to. For Illiana, it’s the fear that she won’t be able to make it; for Rhodes, it’s the fear that she’ll never get to be who she truly is. For both, it takes honesty and openness about their passions—art, fanfiction, and each other—for them to sidestep that fear. And the more clearly they come to see each other, the more clearly they come to see themselves.

Read this Next: Unexpected Connection 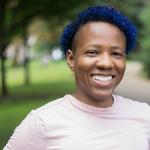 by Rachel Charlene Lewis
The characterization in this book should serve as an example to others writing queer YA in 2020.