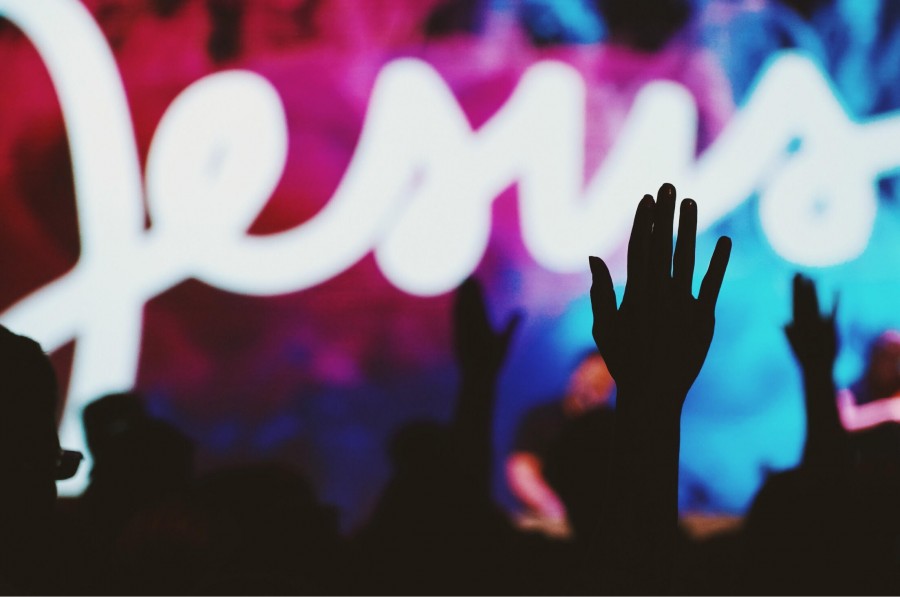 On Valentine’s Day circa 1994, my parents went all out. They set a candlelit table and placed a gift by my plate: a delicate ring nestled in a hinged jeweler’s box. I wasn’t surprised. My mother made a point of curating gifts for her daughters, selected by her but signed “from” our father: jewelry, perfume, even lingerie; she considered it her duty to carefully train me to be feminine and to expect the men responsible for me (my father, and someday a husband) to honor that god-ordained gender presentation with ladylike baubles.

But this year—this ring—was different. It was a purity ring, a glittering reminder of an expected vow to keep my legs firmly closed for Jesus. Smiling and emotional, my parents handed me a card printed with an abstinence pledge and a pen so I could sign my name: “Believing that true love waits, I make a commitment to God, myself, my family, my friends, my future mate, and my future children to be sexually abstinent from this day until the day I enter a biblical marriage relationship.”

It’s a common scene among certain types of Christians. Call them evangelical, fundamentalist, or radicalized, over the past few decades, the more extreme adherents have leveraged an obsession with virginity (especially female virginity) into a purity movement with impacts that extend beyond their stained-glass windows. For fundamentalist youth, purity culture means virginity pledges, comparing women who aren’t virgins to already-chewed gum, novelty underwear coyly prompting from a nubile pelvis “stop because my father is watching,” and lavish balls where young women date their dads.

Despite their religious nature, abstinence-only programs cost taxpayers $1.5 billion between 1996 and 2010 before dropping to $250 million per year (thanks, Obama). At one point, those virginity pledge cards were treated like scientific evidence, with government officials paid to tally them for study.

But the purity movement isn’t all witty underpants and daughters dancing on their fathers’ shoes. The same tenets that underpin purity culture—namely, rigid beliefs about gender and sexuality—are also the features that sustain rape culture. And the negative outcomes are as multifaceted as my purity ring: sexual shame, self-loathing, fear-based morality, and marked ignorance about sexual concepts.

One researcher describes the cost of purity culture as deep sexual shame and self-loathing so intense that she compares it to survivors of childhood sexual assault. An alumnus of a radicalized Christian college reports that the majority of women who graduate from the school cannot label their own anatomies or explain the basics of sex. For young adults kept woefully ignorant by abstinence initiatives, more advanced topics like consent and coercion are even more obscured.

In assessing the efficacy of purity vows, the findings are also grim. Researchers using those tallied pledge cards report no differences between virginity pledgers and control adolescents in terms of sexual behaviors. It turns out true love doesn’t wait—and it also doesn’t use condoms. Adolescents who sign virginity pledges are much less likely to use birth control or condoms and are at increased risk for both pregnancy and STIs.

One team of researchers, tasked with evaluating the arc of abstinence-only initiatives, decries abstinence programs as a threat to adolescents’ fundamental rights. They also note that the programs “reinforce gender stereotypes about female passivity and male aggressiveness,” highlighting a distinct similarity between purity culture and rape culture.

The purity movement drives this message home, directly holding girls and women responsible for managing the sexual impulses of the boys and men around them. Iconic purity-culture resources like I Kissed Dating Goodbye admonish young women to monitor their dress, speech, and behavior to stop men from stumbling into sexual sin. The best way to do this? Another guide, Lady In Waiting, exhorts adolescent girls to view themselves as sleeping princesses: carefully preserved, inert, and waiting for husbands.

Evangelical students are entering radicalized colleges ignorant of basic sexual concepts with rigid and damaging beliefs about gender, which include believing men are incapable of self-control and women must be both submissive and vigilant.

Women in college are three times more likely to experience sexual violence when compared with all women (who will experience rape at a rate of one out of six over their lifetimes). Even more telling, the perceptions of both survivors and perpetrators of sexual violence are notoriously inaccurate: 27 percent of women whose sexual assault meets the definition for rape do not consider it rape, and 84 percent of men who commit rape insist it was “definitely not rape.”

Perceptions of sexual violence are informed by a hesitation to label acquaintance rape (by far the most common type) as “real” rape; women are taught to fear strangers lurking in shadows, while the real danger buys them dinner or teaches fifth period. In radicalized communities where rigid gender roles and misogyny that might otherwise serve as red flags are idealized, it is even more difficult for survivors to recognize sexual violence, especially if the assailant is a member of the religious community.

Fundamentalist parents view radicalized Christian schools as safe havens from the dangers that prowl outside of their communities. With shared dogma and promises to guard legally adult children with draconian codes of conduct, they lull parents and young people into a false sense of safety. Yet radicalized Christian colleges and universities are not immune to the same sexual violence that the secular world faces, even though they insist they are, and, if they secure Title IX waivers, their accountability is significantly reduced.

Even a routine Google search reveals a virtual arc of incidents of sexual violence on prestigious evangelical campuses. These include sexually violent hazing (Wheaton College), gang rape (Baylor University), and acquaintance rape and stalking (Patrick Henry College, Cedarville University, Pensacola Christian College). And those are just the reported assaults that have received national attention. For schools protected from outside oversight and by insular loyalty, survivors often remain silent—or silenced.

When I experienced off-campus sexual violence as a college student, I reported the sexual assault to my church, my stomach like lead even though I had probably spent more time in that building than in my own house. As soon as the confession fell from my mouth, the pastor leaned back in his chair, ran his hands over his ritually shellacked hair, and sternly advised me to “prayerfully consider” my role in my assault.

Like many fundamentalist survivors, I didn’t think twice about where to report my assault. I knew this was a “community matter” because my assailant was a leader in the church. Survivors of sexual violence ensconced in radicalized Christian communities and campuses face steep barriers to support and justice; after all, they’ve failed to manage male sexual impulses. Any purity violation—especially if that behavior broke the school’s codes of conduct regulating things like alcohol consumption, premarital sexual activity, unchaperoned interactions between opposite sex students, or modesty dress codes—is proof positive that the survivor participated in her assault. Even obviously nonconsensual violence—think aggravated rape or sexual abuse of very small children—opens this door. Purity is tarnished by sexual contact, regardless of circumstances, and the only recourse is to pray for a “second virginity.” But this is bargain-shelf purity and not the good stuff you actually want to drink.

When it comes to high-profile assertions of sexual violence on evangelical campuses, the real story is always the school’s failure to respond appropriately or, as in the case of Pensacola, its decision to punish survivors for either the assault or the report.

In perhaps the most notorious case, Bob Jones University underwent a massive two-year investigation into its handling of at least 166 reports of sexual violence. (The investigation took longer since the school had morning after regrets and canceled the inquiry before succumbing to public outcry.)

The investigators documented serious negligence on the part of the university when it came to blaming and shaming survivors (including victims of childhood abuse) and failing to report sexual violence. For BJU, the act of reporting sexual violence was considered destructive to the family and the fundamentalist Church. The investigators delineated clear policy changes and called for outside oversight and formal reevaluation in 2019. However, BJU rejected many of the recommendations, including refusing to meet with survivors before issuing a reaction and declining to address problematic counseling protocols. In their official response, delivered via anonymous attorney, the university declared itself faultless in its reporting practices (despite voluminous evidence to the contrary in the report.) This reticence to enact meaningful change even under scrutiny is not surprising; BJU ignored a 1983 Supreme Court ruling requiring the school to address racial discrimination, including their ban on interracial dating, until 2000.

Even outside of this shocking denial of obvious responsibility, questions emerge: Can slapping a veneer of sexual-violence awareness over purity culture mores make a difference? If anything, Bob Jones University doubled down on its rigid, stereotype-reinforcing code of student conduct. And what of other radicalized Christian universities that have not been forced to investigate their practices at all? BJU only minimally addressed the pile of accusations when pressured by sheer volume and outcry while other evangelical campuses seem invested in sweeping theirs under ever-larger rugs by shushing, paying, or expelling survivors.

It is difficult to imagine radicalized Christianity ever seriously addressing sexual violence on their campuses precisely because they heroicize the very thing that lends rape culture its power: toxic masculinity. Fundamentalism maintains a death grip on rigid, exaggerated gender stereotyping, and any secular gains in dismantling gender binarism or heteronormativity spurs evangelicals to clench harder. In this stereotyped-to-the-point-of-caricature world, characteristics that are problematic or even abusive are beknighted as virile and therefore godly. Purity culture is rape culture in its Sunday best. 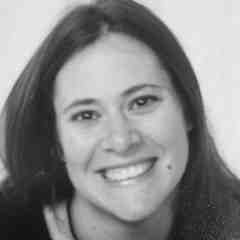 Melissa Mayer is a writer and volunteer crisis counselor. She loves projects that explore the liminal spaces between science, sexuality, class, and culture and worked as a professional science blogger for five years. Melissa lives in Portland, Oregon with her wife, children, and an unreasonable number of animals.