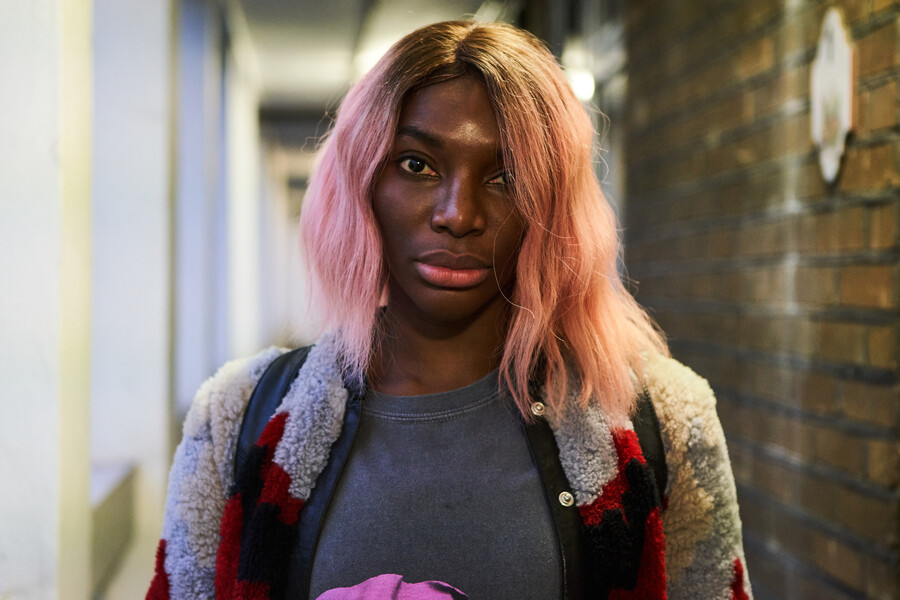 Michaela Coel as Arabella in I May Destroy You (Photo credit: Natalie Seery/HBO)

Our society was built on exploitation, and violence is everywhere, in the cracks and the brickwork, and in us—the survivors of violence—as well. The effects of living in a world like this are, to put it bluntly, a mess of harm and trauma; but surviving it is, despite the hurt, also full of joy, love, and contradiction. This chaos is the heart of Michaela Coel’s hit BBC/HBO drama I May Destroy You, the story of a woman who, after being drugged and raped during a night out with friends, sets off on a path of pain and discovery that blends past and present in its attempt to reconstruct the violence she suffered and the pieces of herself the attack left behind. Written, directed by, and starring Coel, the 12-episode series is an exploration of rape culture that leans into its gray areas, its pervasiveness, and its portrayal of imperfect victimhood.

Coel plays Arabella, a Black British millennial writer whose career and fame began on social media and who is “a bit lost” in life, struggling to finish a draft of her second book and seeking the love and attention of a moody, emotionally unavailable Italian drug dealer. The show’s narrative arc is partly autobiographical, depicting an assault and aftermath similar to what the 32-year-old Coel experienced when her own star was on the rise with her debut series, Chewing Gum. Like Arabella, she was pulling an all-nighter in advance of an important writing deadline; like Arabella, she met friends at a bar where her drink was spiked. I May Destroy You from the start establishes Arabella as the kind of sexual-assault victim we’re used to seeing pilloried, disbelieved, and blamed: We see her drinking, dancing, sniffing coke before the assault, and understand exactly how those things will be turned against her. Indeed, when she tells her would-be Italian boyfriend about the assault, he screams that it was her fault for not watching her drink.

One of the show’s strongest points is its depiction of the space between experiencing a sexual violation and realizing that it happened. With only fragmented images to go on, Arabella tries to convince herself that what she experienced was simply a fabrication of her mind by watching YouTube videos about false images. The phenomenon of False Memory Syndrome has been used by psychologists for decades to discredit sexual-abuse survivors despite having no backing from diagnostic organizations like the American Psychological Association. But the fact that Arabella, at least at first, finds comfort in the possibility that her own mind is tricking her shows how complex the trauma of rape can be. I May Destroy You captures the disorientation of post-assault processing: Arabella obsessively retraces the night of the assault, questions the male friend she deputized to make sure she didn’t get too drunk to finish writing, and finally goes to the police when the reality of her assault becomes undeniable.

The fact that she’s promptly taken seriously when she gives a report to two (female) police investigators is crucial to the show’s narrative—simply being heard without skepticism is still not a common experience for sexual-assault survivors, and, for Arabella, it’s clear that this validation strengthens her resolve to find out the truth about that night. It also sets the tone for the grey areas the show explores later on: This instance of clear-cut nonconsent and how the show, as it unfolds, grapples with boundary violations that might be less recognizable as sexual assault shows there’s still an abyss between penetrative rape and a spectrum of sexual violence that doesn’t meet that definition. For instance, Arabella’s first post-rape sexual encounter—with Zain (Karan Gill), the writing partner assigned by her agents to help her finish her book draft—is consensual until, without her knowledge, he removes the condom she insisted he wear.

One of her best friends, Kwame (Paapa Essiedu), is assaulted after having consensual sex with a man he met on Grindr; though he is immediately and thoroughly shaken by the violence, it takes him several days to name it and try to report it. And in a flashback to Italy three months before Arabella’s assault, her best friend, Terry (Weruche Opia), has a threesome with two men who misrepresent themselves as strangers to each other. Each of these incidents reveals that sexual assault occurs on a spectrum, and Coel understands that trickery and deceit can be as damaging as more overt assaults. In the world she builds, the fun of sexual freedom and sex itself are entangled with its potential threats. As such, I May Destroy You articulates the inefficiency of a definition of consent that depends on binaries of yes/no and perpetrator/victim. Each episode peels back a layer of simplistic conventional wisdom about sexuality and consent.

We see Zain at first just as Arabella does; he’s charming and attractive, nothing like the rapist whose monstrous memory regularly flashes in her mind. Arabella gladly welcomes him into her bed and appears ready to develop a romantic relationship with him—until she understands that what he’s done is also assault. (The delay in understanding occurs partly because removing a condom without telling a partner—or “stealthing,” as practitioners call it—has been brushed off in mainstream media as a “sex trend” rather than a clear boundary violation.) Arabella herself is guilty of overstepping boundaries: Trying to process her pain, she travels to Italy without warning her Italian lover, breaking into his apartment and waiting for him without his knowledge or permission. Coel is insistent on confronting and complicating narratives to make the point that there’s nothing binary about sexual violence.

This nuance was somewhat undercut by a recent interview with Coel on The Economist Asks podcast, where she argued that part of her healing involved taking more responsibility for her own assault—noting, for instance, that she could have been more vigilant about keeping her eyes on her drink. Coel was speaking only of her own experience, but her words echo the status-quo victim blaming that has prevented rape victims from coming forward and let sexual predators off the hook. It’s a position that, by reducing the systemic problem of sexual assault to a list of things victims should have done, ultimately undercuts I May Destroy You’s recognition of consent’s messy, complex realities. Elsewhere, the show falls short in bringing that nuance to its portrayal of sexual violence against men. After being violated by a fellow gay man, Kwame seeks out a sexual partner who seems “safe”: a straight white woman who, it turns out, is homophobic.

The episode focuses on whether Kwame himself is guilty of assault by trickery (he doesn’t tell the woman he’s never had hetero sex) but leaves the racial power differential unexplored. Kwame’s white sexual partner clearly fetishizes him and takes the lead in their interaction, but once he apologizes for not being honest with her, she calls him a predator. Kwame’s experience of reporting sexual assault is the reverse of Arabella’s—the male officer he talks to barely bothers to conceal his distrust, asking such invasive and homophobic questions that Kwame leaves without making a report. The lack of nuance in Kwame’s storyline underscores that, societally, we still don’t know what to do with Black and queer men who are victims of sexual assault because they’re too often assumed to be perpetrators, even as they attempt to seek safety and healing. The feeling that Kwame’s storyline is rushed and unresolved reflects the limitations of a perpetrator/victim binary.

I May Destroy You articulates the inefficiency of a definition of consent that depends on binaries of yes/no and perpetrator/victim.

The show’s title recognizes a truth we often ignore in our sexual realities: By inviting someone into our intimate world, to touch us and see us and be with us sexually, we make ourselves vulnerable to destruction. Its final episode, appropriately named “Ego Death,” illustrates the possibilities by which Arabella might find closure for her story. After days spent hounding the club where her drink was spiked, she finally recognizes her attacker; once she does, three different endings play out in a fragmented-reality narrative: the murder of her attacker, the arrest of her attacker, and a sexual encounter that involves Arabella consensually pegging her rapist. The device is a way to ask: What are we meant to do with the trauma of sexual assault? Violent retribution? Trusting the criminal-justice system? Rewriting the nonconsensual into the consensual?

In the fourth and final reality—the one that sticks—Arabella doesn’t go to the club in hopes of finding her attacker at all; she stays home and watches science cartoons with her flatmate. She does the only thing she can do: She moves on. If the ending feels anticlimactic, it’s because it reflects the often open-ended reality of being a survivor. We might find out who hurt us; we might figure out why they did it, how they did it, and why we were targets in the first place. But none of that will change the startling truth of suffering sexual violence and carrying that trauma every single day in a world that doesn’t care about justice for survivors of sexual violence. Arabella’s willingness to move on is not a directive to simply “let it go,” as many survivors are advised to do when coming forward. Rather, it’s a reckoning with the reality of the systems that don’t protect us after we are destroyed, and with the understanding that we have to piece ourselves together regardless of whether justice is available to us.

Read this Next: Trauma-Centered Art Should Be the Future of #MeToo 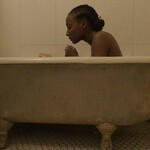 by Taylor Crumpton
The film is an offering to those who have been affected by gendered violence.