I Read 50 Books by Women of Color This Year! | Bitch Media

I Read 50 Books by Women of Color This Year! 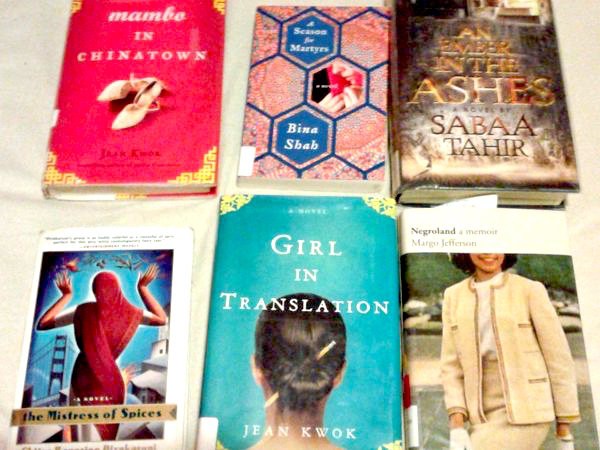 For the past two years, I set myself a goal of reading 50 books by people of color. I decided on the challenge after listening to a podcast with speculative fiction writer Nalo Hopkinson, who talked about how books by people of color tend to be overlooked by publishers and readers alike. If you don't seek out new voices, it's easy to fall into reading books primarily, if not solely, by white authors. The challenge has introduced me to new authors, some of whom I’d never read but are widely known and some whose first novels debuted this year (Zen Cho—when can I read your next novel?).

By July, I had met my challenge. Then I looked at my reading list and frowned. Of those 50 books, only 22 were by women. (This is in large part because I discovered the prodigious Walter Mosley and tore through 27 of his books). So I set myself a new challenge—to read 50 books by women of color before the year’s end.

Two weeks before 2015 comes to a close, I’ve met my challenge. So if you’re looking for books to read, give, or both over the holidays, don’t forget that women of color write books—and these books are often fantastic (and frequently overlooked). 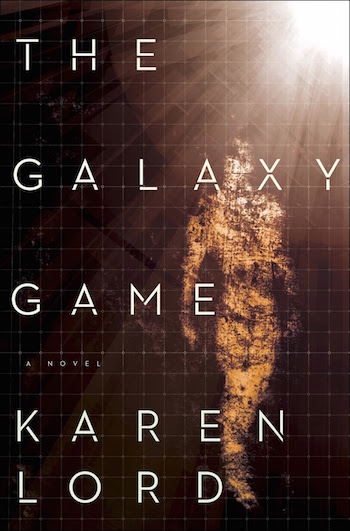 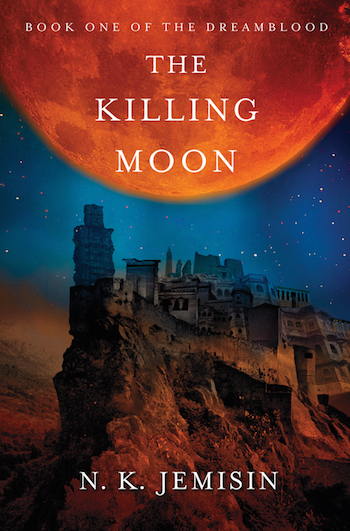 Readers may remember my early interview with Zen Cho about her first novel, Sorcerer to the Crown. I still can’t recommend it enough and can’t wait to read her next novel.

I also discovered N. K. Jemisin, and stayed up way too late reading every one of her novels set in fantastic worlds.

Of course, Jemisin isn’t the only author to build a whole new world that sucks a reader in. Lori M. Lee’s Gates of Thread and Stone and Karen Lord’s The Galaxy Game are also set in entirely new worlds.

I also discovered sci-fi writers who set their books in countries outside the United States:

Chitra Banerjee Divakaruni’s The Mistress of Spices weaves magic among Indian immigrants in the United States while Julie Kagawa’s Talon and Rogue place teenage dragons in a sunny beach town. (SPOILER: All of Kagawa’s main characters are white.) 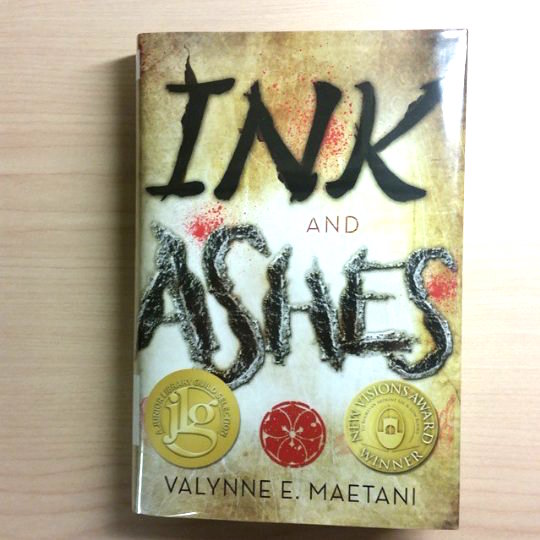 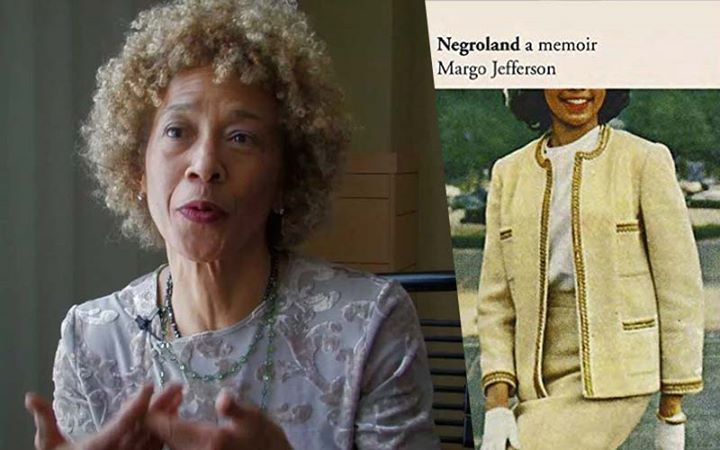 Of course, I read Ta-Nehisi Coates’s much-heralded Between the World and Me. At the same time, Audre Lorde’s famous biomythography Zami: A New Spelling of My Name landed at the library. I highly recommend reading Zami right after Coates—Lorde has a very different take on the Black body (the Black female body, the Black immigrant body, the Black lesbian body) in the United States.

Yang Erche Namu grew up among the matriarchal Moso, or China’s “country of daughters.” Never heard of the Moso? Namu’s Leaving Mother Lake: A Girlhood at the Edge of the World is a good place to start.

Mei Zhi’s F: Hu Feng’s Prison Years provides a sharp contrast, detailing her husband’s final years under home confinement for his thought crimes against the Communist regime. In Beijing Bastards, Val Wang details her life as a Chinese-American returning to Beijing as the millennium nears.

I also read several memoirs set in the western hemisphere: 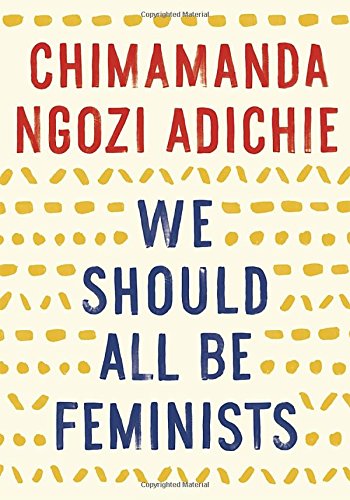 I’m not much for theory, but this past summer, I joined a reading group that pushed me to read (and reread and reread) Ruth Wilson Gilmore’s Golden Gulag: Prisons, Surplus, Crisis and Opposition in Globalizing California. Thanks so much to everyone who helped me understand the concepts surrounding surplus and pushed me to sharpen my analysis!

Bitch Media editor Sarah Mirk recommended Chimamanda Ngozi Adichie’s Americanah when I embarked on this challenge in 2013. When I saw Adichie’s We Should All Be Feminists at a local bookstore, I was so excited that I read the entire book standing at the display table, sometimes laughing out loud at her wry reflections. 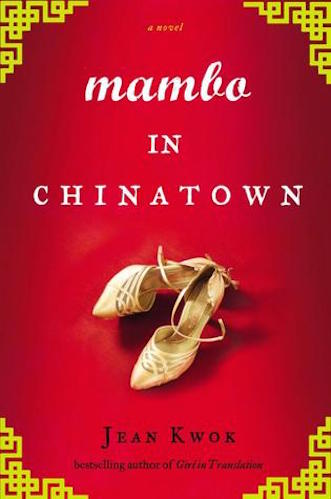 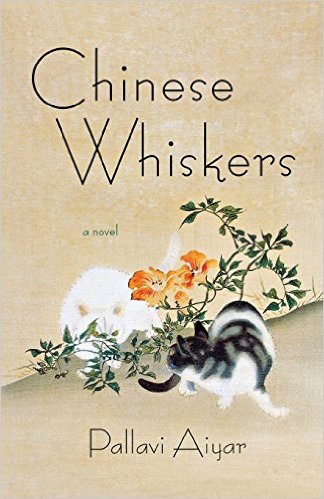 Jean Kwok’s Mambo in Chinatown is like a Cinderella story but without the evil stepmother, evil stepsisters, or rescuing prince. Instead, there's Chinatown—with all its foods, sights, sounds, beliefs, and people. There is the larger world, complete with pressures to fit in and a resistance to change. And there's the world inside a dancing studio, one that I'd never even thought about before picking up this book.

Kwok’s first novel, Girl in Translation, and Edwidge Danticat’s Breath, Eyes, Memory both explore being an immigrant girl in the United States.

Pallavi Aiyar’s Chinese Whiskers tells a story about Beijing entirely from the point of view of cats, while Xu Xi’s Chinese Walls/Daughters of Hui describes Hong Kong in the 1960s (from a human’s point of view).

Other novels set outside the United States include Bina Shah’s A Season for Martyrs, Adichie’s short story collection The Thing Around Your Neck, Michelle Cliff’s Abeng, and Zadie Smith’s The Autograph Man.

A huge thank you to Rachel Roth, who suggested that I read Nina Revoyr. Both Wingshooters and The Age of Dreaming (also mentioned in mysteries) were amazing.

Julie Otsuka’s The Buddha in the Attic and Isabel Allende’s The Japanese Lover both tackle the Japanese internment in the United States, but from very different angles.

X by Ilyasah Shabazz and Kekla Magoon (Shabazz is the third daughter of Malcolm X and Betty Shabazz. If you haven’t read her memoir, Growing Up X, put it on your 2016 To-Read list! Kekla Magoon wrote the riveting How It All Went Down, which fictionalizes the shooting of a young Black man by a white man.)

I’m not a fan of stories that glorify middle-aged adults having affairs with teenagers, but Jennifer Tseng’s Mayumi and the Sea of Happiness is beautifully written. Toni Morrison’s lyrical A Mercy is also disturbing, but given that it’s a) Toni Morrison and b) follows a slave girl in the 1680s, that shouldn’t be surprising. 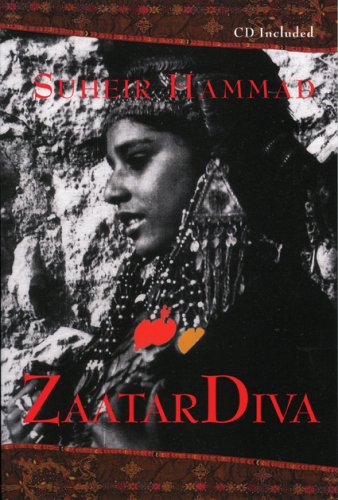 Last year, someone recommended that I include poetry in my reading. So I picked up Suheir Hammad’s beautiful Zaatardiva and read one or two poems each night. 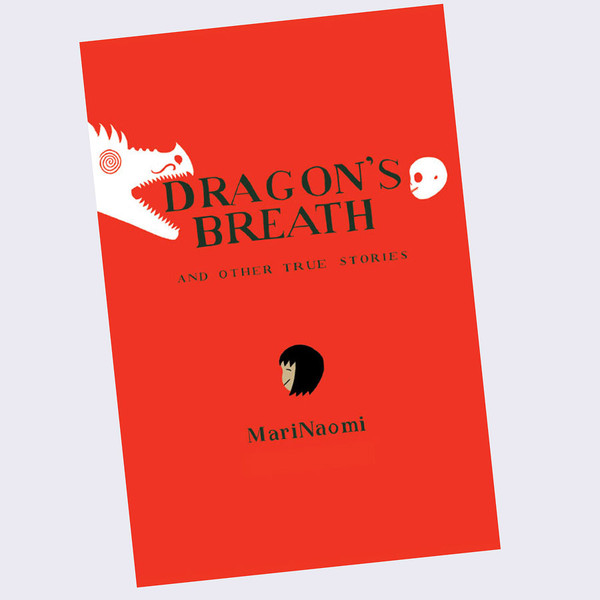 I don’t usually include graphic novels as part of my reading challenge because I tear through these slim volumes in an hour. But Jillian Tamaki’s Supermutant Magic Academy and MariNaomi’s Dragon’s Breath seemed hefty enough to count as booklength books. Naomi’s is a memoir while Tamaki’s book is, as her title implies, more fantasy. Imagine if the kids at Hogwarts didn’t have to think about battling Voldemort and Death Eaters—and if the student body were more diverse. (I also read G. Willow Wilson’s amazing Ms. Marvel series, which I highly recommend.)

Create Dangerously: The Immigrant Artist at Work by Edwidge Danticat. Rather than try to sum it up, I’m going to just give you one of my favorite quotes and urge you to read it:

I plan to continue the challenge to read 50 books by women of color in 2016. What should I put on next year's to-read list?

Patricia Grace is a writer I recommend to everyone. My favourite of hers is Baby No-Eyes, and Potiki is also brilliant. Try also Where We Once Belonged by Sia Figiel. I've attempted to read 50 books by WoC this year. One of my favourites was a YA book, Bugs, by Whiti Hereaka. For poetry I love anything by Tusiata Avia, Selina Tusitala Marsh, Courtney Sina Meredith, or Hinemoana Baker. And for more pacific WoC, check out Lani Wendt Young's blog, Sleepless in Samoa.

I read Tananarive Due's historical novel abt Madam CJ Walker-- Black Rose -- thought it was great; and she's actually better known for her SF, which seems to be a genre you like?