I Talked With One of America’s Only Female Sushi Chefs 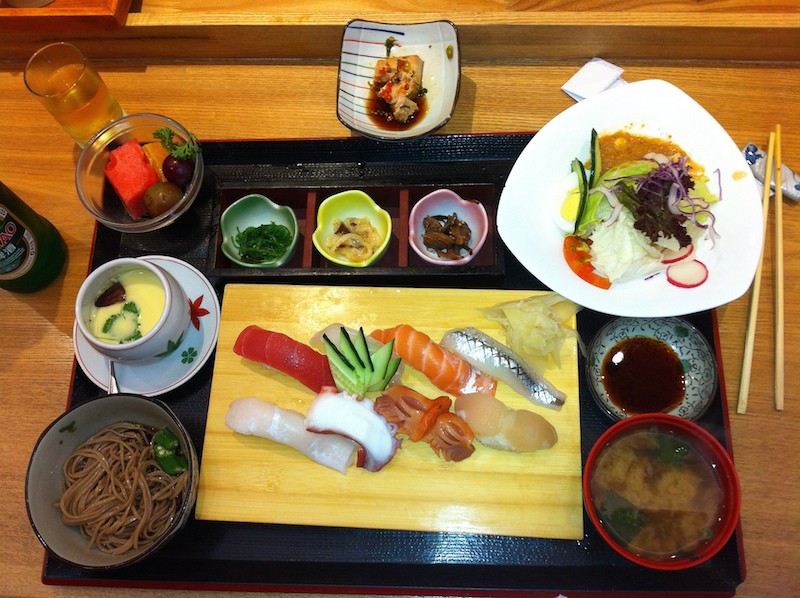 Growing up in a Japanese household, I was spoiled with good food almost every meal.

My dad, who was a trained sushi chef, ran a fast food business during the day. On special occasions, he made sushi for me, my sister, and my mom. Soon, sushi became my favorite food.

Sometimes, when he had the resources, he would make us the king of all sushi meals: chirashizushi. Simply put, it’s a sushi bowl. You start with your sweet, vinegary sushi rice on the bottom and work your way up, covering every inch of the white rice with fresh slices of fish. Some places include sweet egg or vegetables in their bowls. One time, I ate at a restaurant that covered their chirashi rice with furikake, or rice seasoning. My dad doesn’t mess with all that. Instead, he expertly cuts perfectly thick pieces of savory fish and lays them on top of the rice in a neat and colorful circle. Bright, orange pieces of salmon, glistening with fat, lay next to strips of sweet shrimp and raw scallops. Sweet and savory barbecued pieces of eel share space with pink slices of tuna and yellowtail. In the middle, a lump of masago, a type of fish roe, tops off the vibrant assortment. It makes my mouth water just thinking about it. Once, my parents sent me home with fresh fish so I could make my own chirashi, and it didn’t even come close. I couldn’t even cut the fish right. There’s something about sushi made by someone who has studied the art for decades.

Since my dad started my sushi obsession, I’ve eaten at hundreds of sushi restaurants all over the country and around the world. As I got older, I realized that every single restaurant I visited had one thing in common: The sushi chefs were always male. I realized that I had never seen, met, or even heard of a female sushi chef.

As I did some research, I learned that it’s taboo for women to be sushi chefs. Male chefs often say that women make worse sushi chefs because our menstrual cycles affect our sense of taste and because we have a higher core body temperature that makes it impossible to work with fresh, cold fish. Training to be a sushi chef can take a decade and you need a mentor—so the retrograde thinking that only men can be sushi chefs still keeps women out of the industry.

Among Japan’s 35,000 sushi chefs, only a handful are women. But times are changing—slowly. A group of young, female sushi chefs started their own restaurant in Tokyo a few years ago.

In the United States, the situation isn’t much different. There are only a few female sushi chefs in the country. One of them is Mikiko Ando. I talked to Ando on the phone recently about her life and craft. 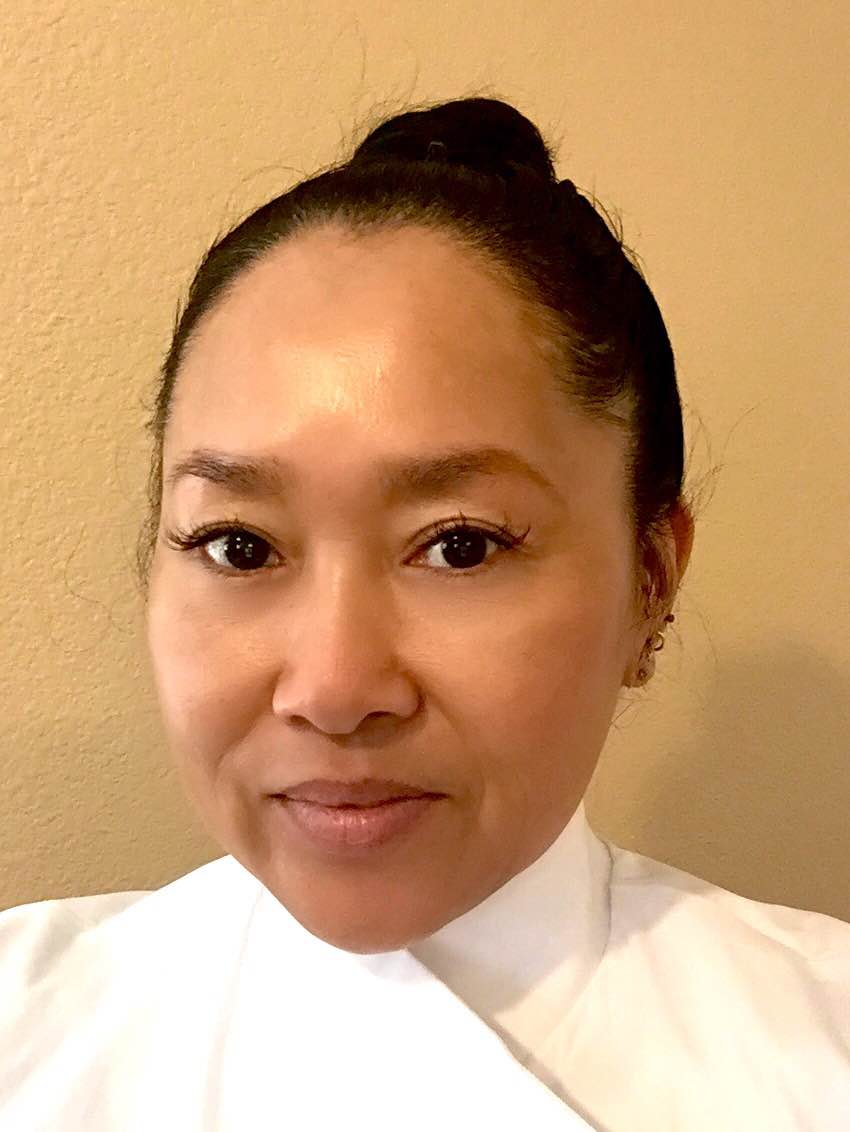 Born in Hokkaido, Japan she came to the United States after high school. She planned on going to art school but instead met a man and got married. When the relationship became abusive, they separated. As a single parent struggling to support her young son, Ando took a job as a waitress at a Japanese restaurant.

Right off the bat, she was interested in being a chef instead of a server.

So for 10 years, Ando waited tables and managed restaurants. Then, one day, she was working for a Japanese restaurant owned by a woman who decided to give her a shot.

When Ando started training to be a sushi chef, some of the male chefs weren’t too happy. Sometimes when new workers would come in for job interviews, they’d see her in the kitchen and refuse the job. But her boss had her back.

“I was very lucky: My boss asked them to train me, so they treated me very well, but new chefs that came in and saw me didn’t want to work with a woman sushi chef,” says Ando. “So I had a few experiences where they would walk in and look at me and just leave.”

But the chefs weren’t the only ones that gave Ando a hard time. She remembers one time when a Japanese man was seated in front of her at the sushi bar. He immediately asked to be moved and refused to eat anything Ando made. However, this didn’t phase her. She simply said to the man, “You’re missing something good.”

Ando has a classic style in the kitchen. She doesn’t do wild specialty rolls a lot of American sushi consumers recognize. Instead, she sticks to “edomae style”— a traditional Japanese approach to sushi that she spices up with her own little twists.

“Being a sushi chef takes a lifetime. I’m still learning,” says Ando. “I’ve been doing this for 18 years, and I also do kitchen. I do everything in the restaurant. Creating recipes, creating dishes for customers.” 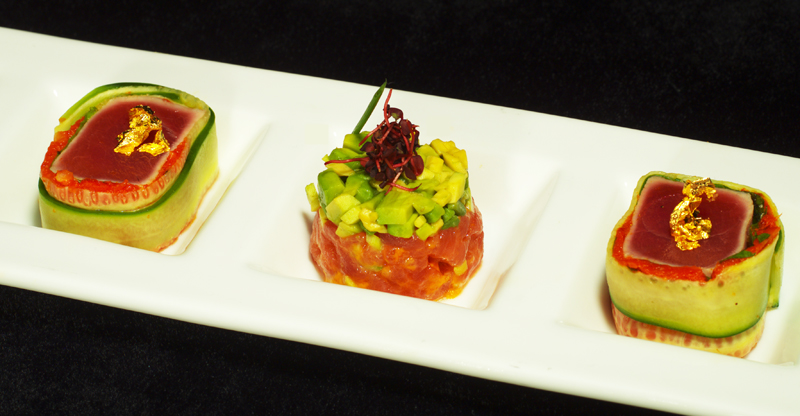 Colorful sushi made by Mikiko Ando. Photo via MikikoAndo.com.

Ando worked for years as the head sushi chef at a restaurant in the San Francisco Ferry Building. Now, she’s the executive chef at Q Sushi in Westlake Village, California.

Not everyone has come around to female sushi chefs, but Ando has some support: Her family back in Japan is proud of her. She’d love to move back at some point, but, sadly, the discrimination against women in the sushi kitchen would make it very hard for her to get a job.  “I’m from the countryside, so they said, ‘No one is going to hire you as a sushi chef here.’”

When she faces hard realities and sexist pushback, Ando works even harder, taking pride in what she does best: serving up delicious sushi and training the next generation of sushi chefs. Right now, she’s training several sushi chefs to start at Q Sushi. I bet they’ll serve up something delicious.

This essay is part of our Popaganda podcast episode “Snacks.” Listen to the whole episode below! 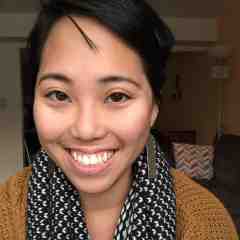 I'm a twenty-something, second-generation Japanese-American journalist working out of North Carolina. I'm currently writing for alternative-weekly newspapers in the area and have contributed to Bitch in the past! I'm interested in the intersections between race and gender and my passions include dogs, yoga, and eating my weight in food.

Relevant: Too Many Kooks in the Kitchen 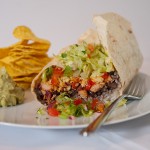 by M.L. Moreno
This “adventure narrative” is hugely successful in food culture: The chef has a cultural experience, and patrons get to taste a new version of the inspiration. It’s a story that sells.