Chastity Belt’s Vulnerability is Its Strength

In one of her ’90s-era fanzines, Kathleen Hanna stated that we should all be as vulnerable as possible, suggesting that vulnerability is an asset. The Seattle-based quartet Chastity Belt seem to follow this advice on their third album, I Used to Spend So Much Time Alone. While the band is known for its witty, funny feminist anthems, this album is profoundly sad and seems haunted by a feeling of loss or deprivation, its soothing melodies and melancholy riffs exploring the different ways life betrays us as we age. Throughout the album, vocalist/guitarist Julia Shapiro voices the heartbreaking disappointments of adulthood, including the millennial generation’s realization that there is no job security in our near future. (“I wanna do something cool and I wanna get paid/ And wake up feeling great every day, is that too much to ask?” she sings on “Something Else.”)

The album has an undertow of yearning for connection and overcoming the fear of self-exposure, something most people experience as they age. Its title track bravely explains: “I’d ask you to stay/ But my pride is too strong/ I would rather be alone than ask for what I want.” This is a bold move on the band’s part, and a daring change of material. Up until recently it seemed that Chastity Belt was determined not to be taken too seriously. The foursome’s first album, No Regrets, included playful lyrics such as “I’m a giant vagina” and “I’m so drunk/ I just want some chips and dip/ Chips and dip/ Nip slip.” The silliness and humor helped effectively convey a feminist message; on “Cool Slut,” for instance, the band reclaimed the once shameful term and applauded girls who act on their sexual desires.

I Used to Spend So Much Time Alone is more mellow, with dream-pop and shoegaze influences that evoke the bittersweetness of childhood memories, most notably on “Stuck.” Shapiro’s singing remains clear and poignant over masterful riffs and steady yet creative drumming. The album holds the strange comfort of identifying with the battles of still growing up while growing old, followed by a certain type of pain—the kind you feel in the pit of your stomach when you finally realize something terrible that you somehow knew all along. Adulthood can’t change things for you; you have to change them for yourself. 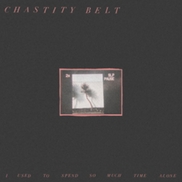 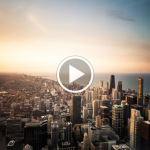 by Lauren Busser
A mixtape of odes to American cities, from Seattle to Wichita.