The Ides of Trump | Bitch Media

The Ides of Trump 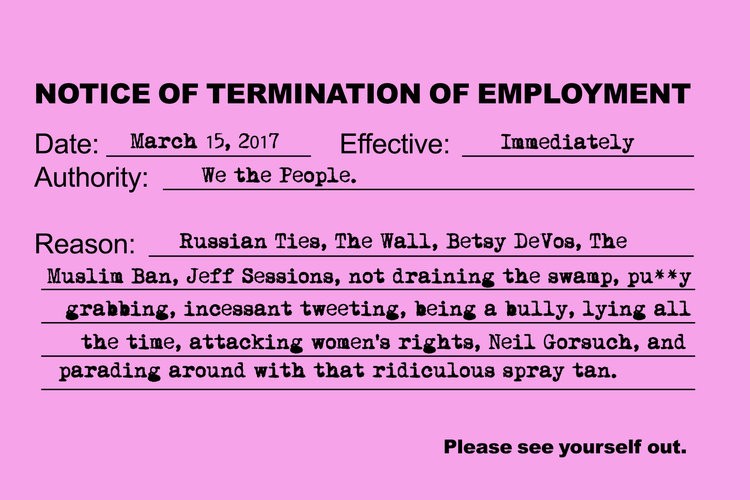 Caesar was warned to beware the Ides of March, but Trump has probably never read Shakespeare, nor does he know anything about history. Make some good trouble today by participating in the Ides of Trump, a campaign to overwhelm the White House with postcards letting 45 know how his constituents really feel about him and his policies.

I’ve taken the phrase “good trouble” as my guiding light during 45’s presidency. The idea comes from Georgia Congressman and American hero John Lewis, who often posts photos of civil rights activism (including his own) on his social media accounts with #GoodTrouble. Lewis credits Rosa Parks and Martin Luther King, Jr. with inspiring him “to stand up, to speak up, and speak out. And I got in the way, I got in trouble—good trouble, necessary trouble.”

Here’s how to make some good trouble for the Ides of Trump:

Baseball superstar  Hank Aaron currently holds the fan-mail record—900,000 letters in one year. The Ides of Trump is trying to beat that record and hit Trump with one million postcards. Because it’s practically impossible for postcards from all over the world to arrive on the same day, just make sure you drop your postcard in the mailbox today, March 15. The postcards will be reaching the White House in waves over the next days and weeks.

You can also leave a message for Trump on the White House comment line by calling 202-456-1111. Ever since 45 started calling his resort at Mar-a-Lago the “Southern White House,” people have been calling to leave messages for him there, too (561-832-2600), but expect to get hung up on if you call. 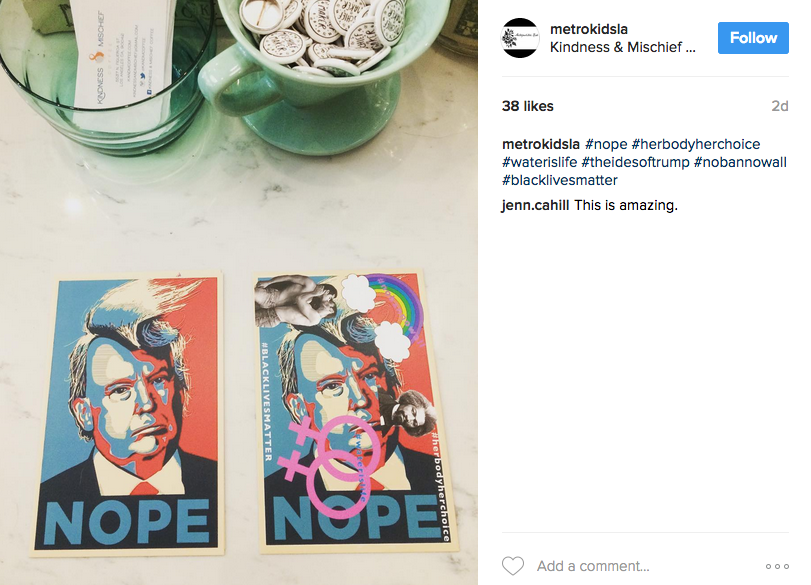 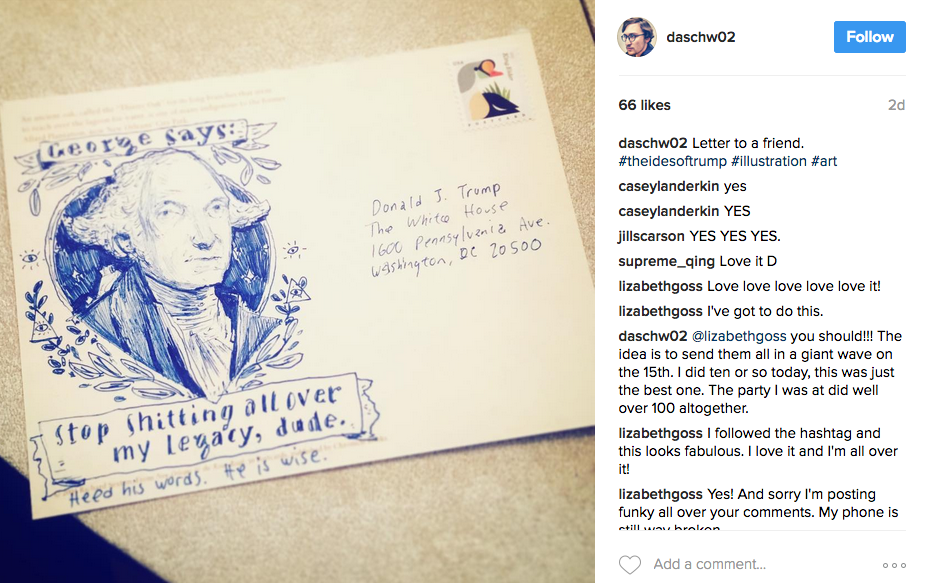 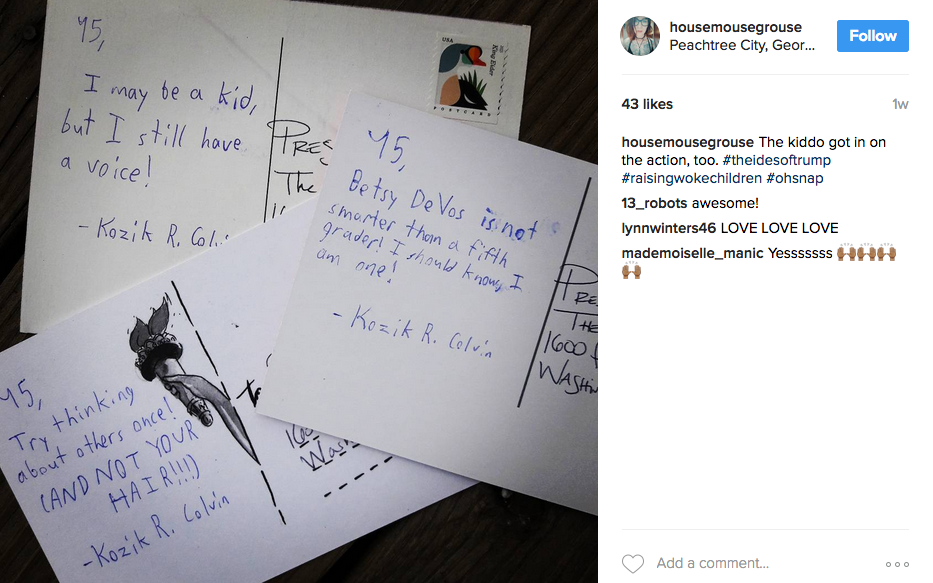 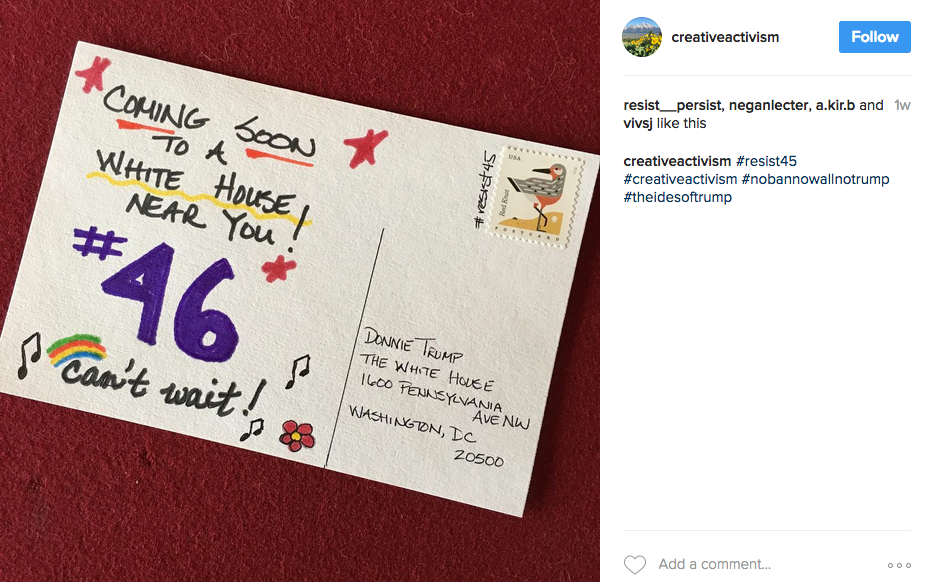 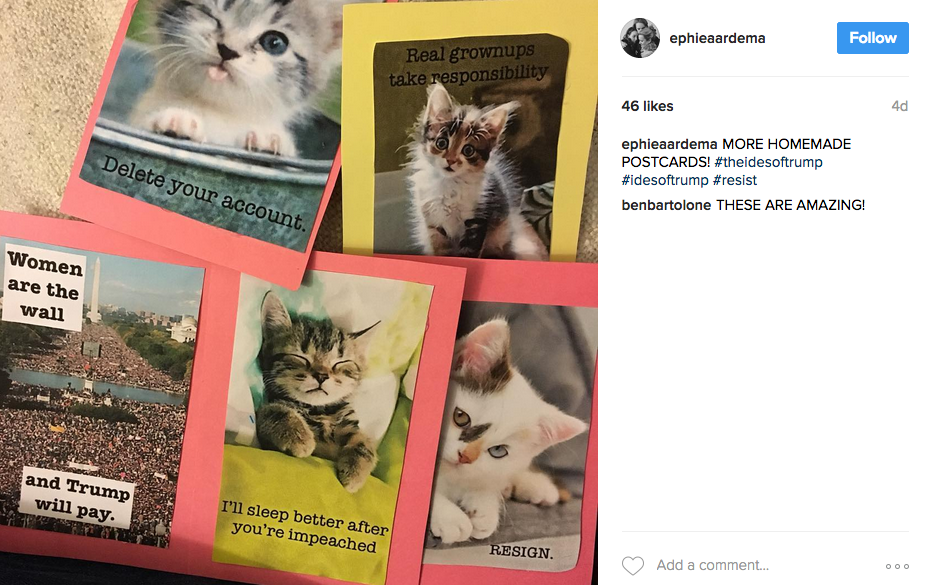 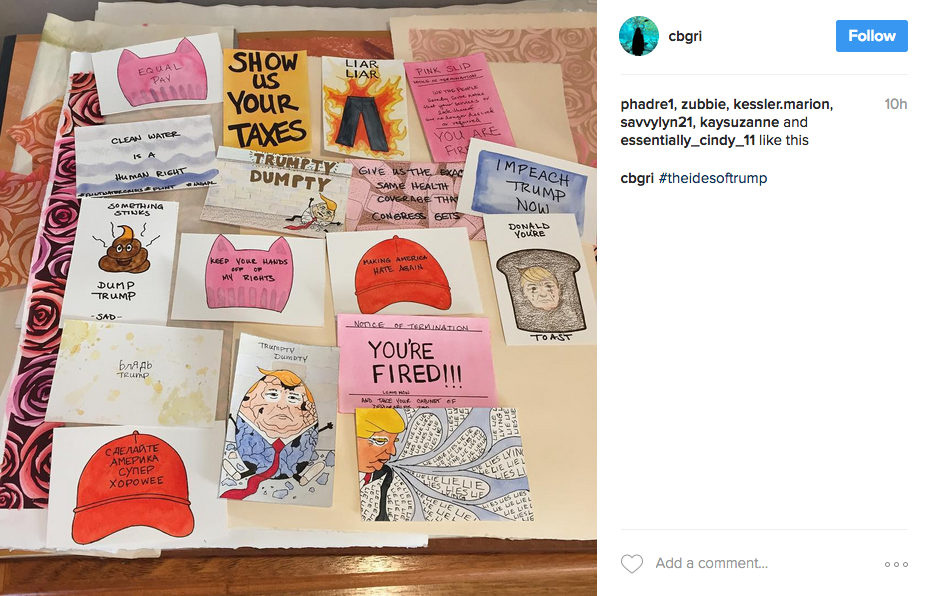