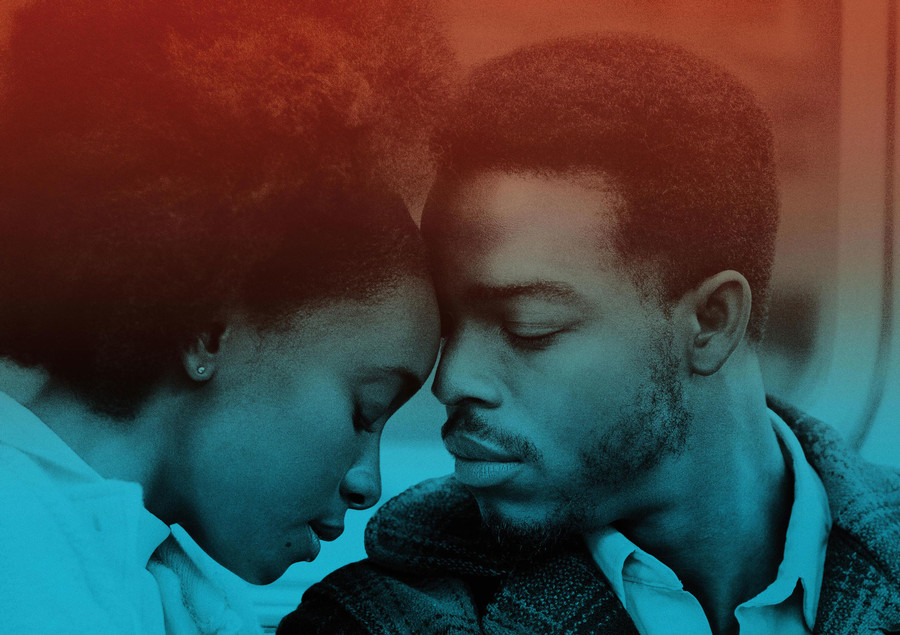 Barry Jenkins’s lustrous, engrossing melodrama If Beale Street Could Talk is about hope in the face of a seemingly impossible task, but it’s much more than an underdog story. Jenkins stays faithful to James Baldwin’s 1974 novel while marrying the narrative with intimate cinematic flourishes. He crafts the film as a spiritual journey through Blackness, in all its forms: We’re treated to a variety of dark skin tones that glisten with warmth in every shot. In 1970s New York, Clementine “Tish” Rivers (Kiki Layne) and Alonzo “Fonny” Hunt (Stephan James), two young unwed but spiritually bound lovers, are being robbed of the carefree courtship they deserve.

Cinematographer James Laxton (who lent his talents to two of Jenkins’s previous films, 2008’s Medicine for Melancholy and 2016’s Oscar-winning Moonlight) captures the radiance, goodness, and purity of the couple, in particular as they walk hand in hand in the opening shots. The images are framed as though formally presenting the couple as the best and most beautiful Harlem has to offer. To engage with the film, we have to first accept the importance of their love. Their bliss is disrupted by an injustice that’s familiar to Black people in America. Though Fonny has a gentle disposition, he’s frequently seen as a threat by white authority figures. His fate is sealed after he physically defends Tish from sexual harassment in a market.

Though Fonny escapes arrest that time, a racist cop, only known as Officer Bell (Ed Skrein), subsequently arrests him for a crime he didn’t commit. Like his friend Daniel (Brian Tyree Henry), Fonny is imprisoned for an implied potential for harm, one that’s determined not by fact but by white supremacy. But Tish knows the truth about Fonny, and since we experience the film’s narrative through her eyes, we see his truth too. Beale Street unfolds in an almost dreamlike state; guided by emotion rather than plot, it drifts back and forth between past and present, moving through Tish’s mind and memory. Her thoughts are as alive and immediate as her present. Every image has a heartbeat.

Tish longs for Fonny, even when he’s near her. The camera explores his face and body the way we imagine Tish’s eyes would, lingering on the curve of his lips as he smiles and the deliberate nature of his penetrating brown eyes. Fonny has both the strong, thoughtful nature of a man and the wide eyes and boyish glow of adolescence. For Tish, these qualities are perfectly balanced, and her love is like a warm hand that guides viewers through the story, never allowing our thoughts to stray too far from hers. She wants to protect Fonny at all costs, so of course, we want to protect him too. And even as it becomes increasingly clear he may not be saved, Tish lets us remain hopeful.

If Beale Street Could Talk is steady in its depiction of Fonny as noble, patient, and understanding, with flashbacks that show him carving wood, joking around, and watching protectively over Tish. Even when Fonny’s disapproving mother, Mrs. Hunt (Aunjanue Ellis), tries to paint her son as a wayward and troubled spirit, it’s easy to reject because we are invested in Tish’s truth. The depiction of Fonny as wholesome and gentle is essential for the film, as we are supposed to wholeheartedly believe that Fonny would never hurt a woman. The crime for which Fonny has been jailed for is rape—an act the story gives us no reason to believe he’s capable of. As Tish and her family race to save Fonny from being wrongfully imprisoned, the film constantly reminds us of his innocence.

It’s to the credit of its editors that Beale Street never lets the viewer wallow in despair. The film lingers on the scenes of laughter, support, and joy between Tish and her family, and we barely learn anything about the white cop who holds a grudge against Fonny. He’s more of a specter than a character, haunting the corners of Tish’s mind. Likewise, we only spend a few moments with Hayward (Finn Wittrock), the lawyer working on Fonny’s case. It plants us directly into a specific Black experience and, unlike many other films, resists the troubling urge to prioritize “understanding” the motivations of white people, to the detriment of those most vulnerable to their harm and neglect.

If Beale Street Could Talk is as much about the beauty of Black life as it is about the dangers of being Black in America. The juxtaposition can be jarring, but that’s also what makes it emotionally resonant. Hints of magical realism add to the visual tapestry, allowing us to partake in Tish’s flights of fancy. The memory of the first time she and Fonny have sex, for instance, makes for a fascinating scene: The camera reveals his naked body while hers remains obscured, reminding us that he is the main subject of our gaze. We are given time to appreciate every inch of Fonny before he even reaches the bed. And once there, his body covers Tish, as if shielding her from our prying eyes.

It’s extraordinary that such a sensual tale of young love could also tackle the trauma born out of America’s faulty criminal-justice system. By positioning Fonny as an unjustly incarcerated Black man, If Beale Street Could Talk effectively turns him into the “damsel in distress,” an almost angelic figure powerless against the mechanisms of racism and oppression. But this is not a fairy tale. Fonny’s innocence can’t save him, but that doesn’t stop Tish, and by extension the film, from loving him unconditionally. This is where the film’s logic and the logic of the real world collide. This is ultimately how the story breaks our hearts. Jenkins sets us up to love Fonny with the knowledge that we live in a world that can’t—or won’t—see him the way that we do. And as the credits roll, we’re left contemplating that incompatibility.

BitchWatch: 20 Bitch Approved Movies You Should Watch This Summer