If You Mold It, They Will ComeHow Gosnell Duncan’s Devices Changed the Feminist Sex-Toy Game Forever 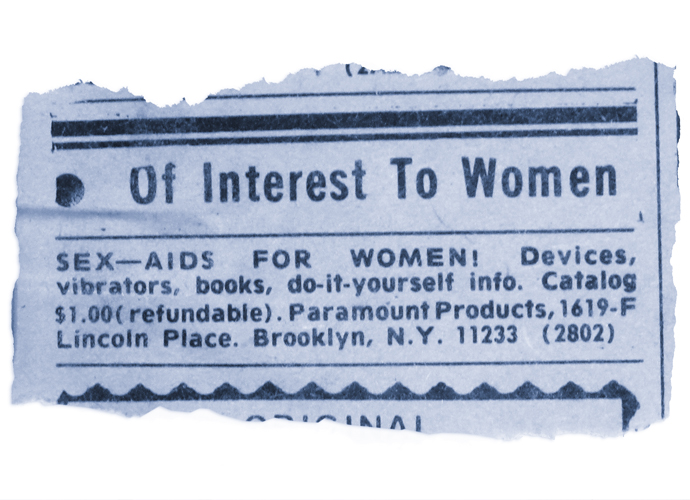 Since we live in an age when any woman can waltz into Target and emerge bearing a shopping bag full of Fifty Shades of Grey–branded cock rings, Trojan vibrators, and strawberry lube, it’s hard to imagine that sex toys were once controversial within the feminist movement. But 40 years ago, sex toys were highly contentious. And their path to acceptance within the feminist movement started in an unlikely place: the basement of Gosnell Duncan. In 1965, Duncan was welding the bed of a truck on his overnight shift at the International Harvester Company in Chicago when the vehicle fell on top of him. Within seconds, the 37-year-old émigré from Grenada was paralyzed from the waist down. A skilled dancer and handsome ladies’ man, Duncan was devastated. He would never have an erection again. (Duncan’s girlfriend didn’t mind; they were married in the hospital.)

Still, Duncan was dissatisfied, and he began considering penile substitutes—but in 1965, his options were bleak. As Duncan became involved in the disability movement in the late 1960s, he learned that he wasn’t alone. Many other disabled people wanted to have good sex but didn’t know where to turn for help. While many saw themselves as sexual beings, their doctors—not to mention the sexual revolution—did not. Even in the disability movement at large, many chose to focus on other, more “serious” issues. Duncan began brainstorming on his own about how he could make sex aids for the disabled.

“After the conference in Indianapolis, I got in touch with General Electric, who at the time was making silicone, and I sent them a letter explaining that I needed a rubber-based product that is nonirritating to the human body. They put me on to a chemist in their department,” he said.

Meanwhile, the women’s movement was in full swing. Women were marching for equal pay, feminists were campaigning against misogynistic pornography, and political lesbians were choosing to shun men because they wanted nothing to do with the patriarchy.

In the late 1970s, while scanning the classified ads of Village Voice, an ad for a new feminist sex-toy store in NYC caught his eye: “We grow pleasurable things for women.” Duncan dialed the number and spoke with Dell Williams, the founder of Eve’s Garden, the nation’s first feminist sex-toy store. He told Williams about his company (now renamed Scorpio Products), but Williams wasn’t especially impressed. She carried only vibrators in her store.

Nonetheless, she offered to let him come to the store to make his pitch, a gracious invitation considering that Williams didn’t allow men into her store. (Williams told me she only changed her policy after a group of men protested outside and threatened to file a discrimination suit.)

Not all feminists agreed with Bright. On Our Backs was a jab at a certain faction of the feminist movement, its title a take on the popular feminist magazine Off Our Backs.