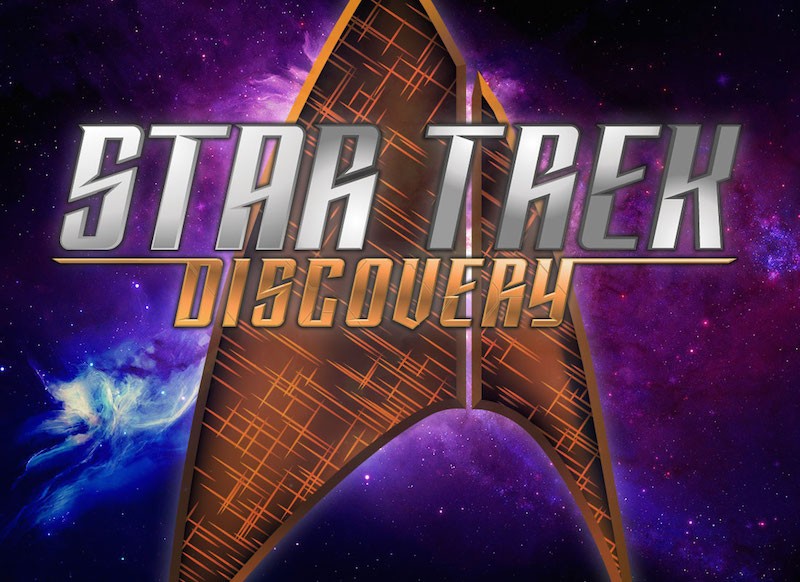 In July, CBS announced that it will debut a new Star Trek series, Star Trek: Discovery, in early 2017. There’s already a lot of hype around the show, which is being developed by veteran Star Trek: Deep Space Nine and Star Trek: Voyager writer Bryan Fuller and Star Trek: Into Darkness screenwriter Alex Kurtzman. Last week, Fuller announced some big news about the show: The new series will center on a female lead.

It’s not clear who the star of the show will be, but industry speculation says the producers are seeking a woman of color for the role. As Nellie Andreeva reported for Deadline, “I hear virtually all women seen for the part so far—and there have been a lot of them as the casting process has kicked into high gear—have been African-American or Hispanic.” An article in Variety pointed out that during a Q&A at San Diego Comic-Con, Fuller mentioned African-American astronaut Mae Jemison and Nichelle Nichols, the original Uhura, as inspirations for the new series’ characters. “I think that Star Trek is a show of firsts,” he told the Comic-Con crowd. During an event last week, Fuller elaborated a little bit further on the character, saying she’ll be a lieutenant commander in Starfleet rather than a captain. “We’re going to delve into something that was for me always very tantalizing and to tell that story through a character who is on a journey that is going to teach her how to get along with others in the galaxy,” Fuller said. “For her to truly understand something that is alien, she has to first understand herself.” 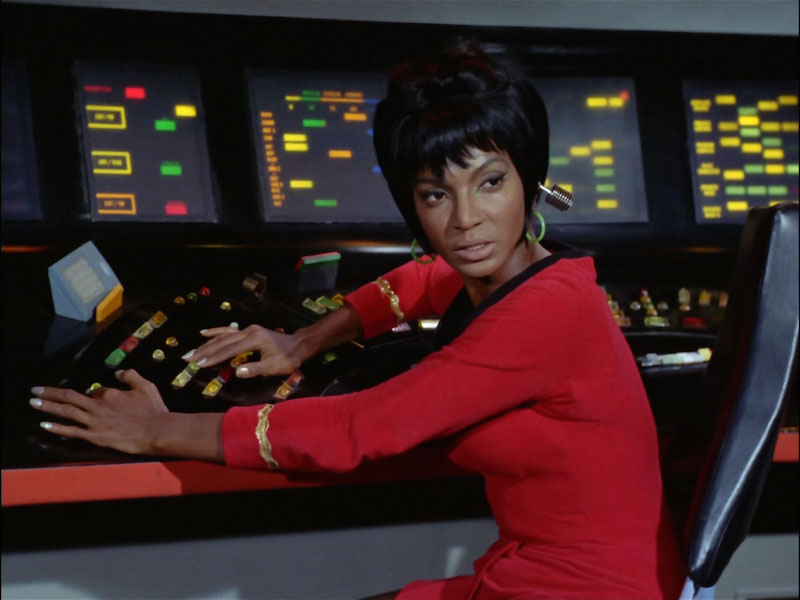 Nichelle Nichols was cited as part of the inspiration for Star Trek: Discovery’s leading lady.

There’s much about this new show that remains a mystery. But Star Trek, by its very nature, is a series that pushes boundaries, so I’m hoping the new series will push for more complex and dynamic female characters than we usually see on TV.

Star Trek has an enormous female fandom—and sparked the modern, female-friendly world of fanfiction—but over the 50 years since its television debut in 1966, Star Trek has had a spotty history with its female characters. While there are certainly examples of competent, level-headed women within its universe, there are also a significant number who fit the common tropes of the overly hysterical woman or the cold-hearted Strong Female Character, and there are more who simply serve as plot devices to fuel the development of Kirk, Spock, and other men.

While the original series pushed many boundaries in regards to its diversity, it often struggled to include more than a small number of female characters in any given episode. Lieutenant Uhura and Nurse Christine Chapel were two of the most well-known women over the course of the original series’ three seasons, while others—like Yeoman Janice Rand—were introduced to play off of the male leads before being written out of the show. In the original series’ version of the Star Trek universe, there are no female starship captains within Starfleet, so while characters like Uhura provided crucial onscreen representation in a genre that often erased people of color, those characters were only going to move so far up the professional ladder.

The finale episode of the the original series, “Turnabout Intruder,” features the character of Dr. Janice Lester, who calls out sexism in Starfleet but is a hackneyed villain herself. Lester had served in Starfleet before becoming disillusioned with the lack of command opportunities given to female officers. Rather than settle for her lower rank, she devises a plan to switch bodies with Captain Kirk. While she’s initially successful, her inability to tame her emotions leads to her being quickly found out by Kirk’s fellow crew members. The episode has often been cited as a reproach of late-1960s feminism, to say nothing of its censure of female ambition. If there was one message “Turnabout Intruder” was sending, it was that even though women might have possessed the desire to lead, their emotions would always rule them.

Several women were serving as senior officers in Starfleet by the time The Next Generation (TNG) aired in 1987. However, apart from the two female characters present throughout the majority of the series—Counselor Deanna Troi and Chief Medical Officer Beverly Crusher (who both possess the rank of commander, though Troi is only promoted towards the end of the last season)—higher-ranking female officers only seem to serve two functions: to create a narrative obstacle for Captain Jean-Luc Picard to overcome, or to represent the oft-portrayed corruption that takes place within the Federation.

In an early example, Rear Admiral Norah Satie was a respected civil rights advocate with a long and active career, but her investigation into a potential case of sabotage aboard the USS Enterprise in 1991’s episode “The Drumhead” became a witch hunt among the crew, ending with Captain Picard on trial. Although Satie’s suspicion and paranoia aren’t enough to necessarily condemn her, she’s reduced to hysterics in the process of questioning Picard—and it’s clear by the expressions of the officers in attendance that the audience watching at home is meant to pity her, a once-powerful woman who’s lost control.

Additionally, other female officers who outrank Picard are portrayed as entirely capable but are ultimately relegated to creating episodic conflict rather than becoming fleshed-out characters. Recurring character Admiral Alynna Nechayev frequently butts heads with Picard and Deep Space Nine’s Captain Benjamin Sisko, though one could argue the tension is merely a result of her giving them orders they don’t agree with. Overall, women with impressive resumes often have very short-lived appearances. In the TNG episode “Conspiracy,” Captain Tryla Scott makes a name for herself as the youngest officer in Starfleet to achieve that rank, though she becomes infested by a neural parasite—which later leads to her death. Captain Rachel Garrett commands a slightly different USS Enterprise in TNG’s “Yesterday’s Enterprise,” but she is killed during a battle with the Klingons, and her male second-in-command assumes her position. 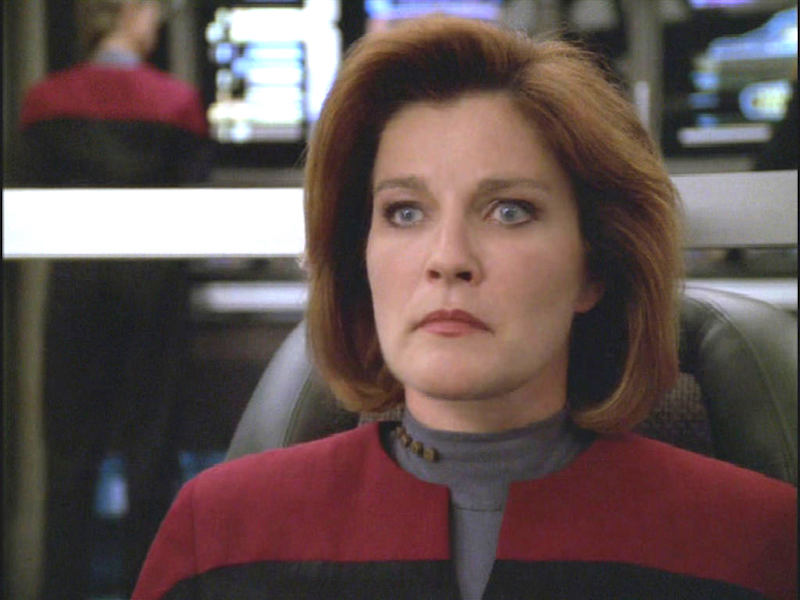 It wasn’t until 1995’s Star Trek: Voyager that a woman took the lead. In Voyager, Kate Mulgrew’s Captain Janeway commands the USS Voyager, stepping into a role that had previously only been inhabited by men. But since she was the first prominent female starship captain in Star Trek’s history, the scrutiny from longtime fans was twice as hawkeyed. Somehow, Janeway had to satisfy the time-old requirement of being a Strong Female Character who wasn’t a bitch but wasn’t too weepy and emotional either. For similar reasons, Janeway never had a serious love interest over the course of the show’s seven seasons; Mulgrew was concerned that the incorporation of a romantic storyline would weaken the character in the eyes of the male demographic. If Janeway was going to be taken seriously, she wasn’t going to be able to have casual flings like Captain Kirk did. She had to command respect, and that wouldn’t have been possible if she had been perceived as a lovesick woman. Still, there’s no questioning what Janeway meant to female fans by way of what she represented—both as a woman in command and as a woman with a background in STEM fields. 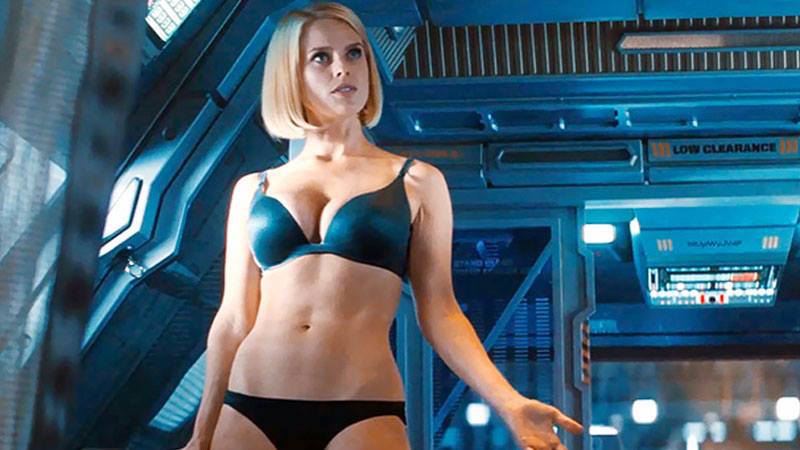 In the more recent Star Trek films (which have been dubbed the “Kelvin Timeline”), the depiction of female officers in Starfleet has still often been hit or miss. Who could forget the gratuitous and entirely unnecessary scene of Carol Marcus standing in her underwear after Kirk “accidentally” sneaks a peek at her while she’s changing? There was also concern from fans that the implementation of a Spock/Uhura relationship (a departure from the original series) would mean that Uhura wouldn’t be allowed to stand on her own outside of a romantic pairing. Fortunately with the third film, 2016’s Star Trek Beyond, Uhura was given a much more independent role—though narratively, she’d also ended things with Spock in the process. It was a refreshing change to see that it was Spock, not Uhura, who was seemingly left pining post-breakup, even if their romantic status is left up in the air at the film’s conclusion.

One hopes that Star Trek: Discovery will go further than its predecessors in terms of challenging outdated stereotypes about strong women and the emotions that drive them. 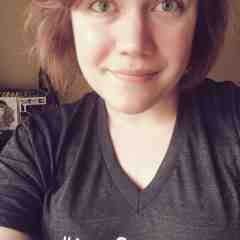 Carly Lane is a freelance pop culture writer from Queens, NY. (Sorry, Steve Rogers.) She's the weekend editor over at The Mary Sue as well as co-host for the Supergirl Radio podcast, and her work has also appeared on Teen Vogue, The Toast, Femsplain, Bitch Flicks and more. Follow her on Twitter @carlylane. 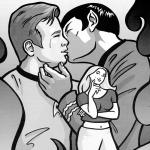 A journey into the origins of slash fanfiction.