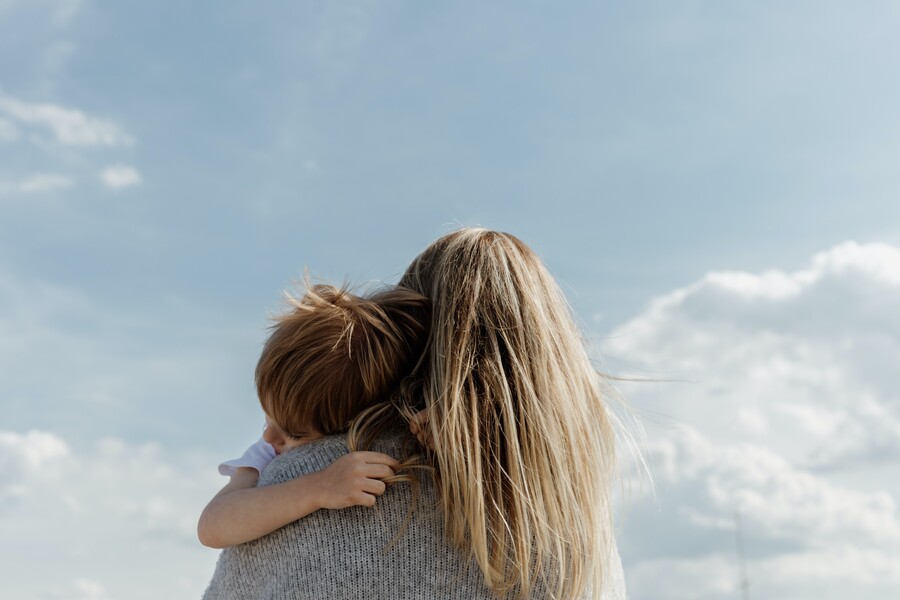 In Impersonation, Heidi Pitlor, who previously published 2007’s The Birthdays and 2015’s The Daylight Marriage, uses ghostwriting as a means to explore how power dynamics shape relationships between women of differing classes as well as their experiences with motherhood and success. Allie, a ghostwriter, is a single mother with a useless boyfriend who struggles to make ends meet. Her big break was supposed to be her new job, which allows her to largely work from home to take care of her son, Cass, and gives her a sense of respect as she writes for celebrities, though she’s never able to say who exactly she’s writing on behalf of. As the storyteller, one might think that she’s the one in power, but time and time again we see the way that Allie is forced to give up pieces of herself to fill in and soften the narratives of the rich and powerful.

This dynamic becomes more obvious when Allie is tasked with writing a memoir on behalf of Lana, a lawyer, feminist icon, and future politician with signature cropped blue hair who finds herself speaking on shows like Ellen and taking part in activist movements around breastfeeding and mothering. Allie’s goal is to “feminize” Lana and to round out her image (and, therefore, make her more palatable to a wider audience) by focusing on the ins and outs of her experience with motherhood; it’s a goal that makes sense considering how much of Lana’s own work is about how poorly mothers are treated in our society and the limited resources available to make mothering easier, especially for marginalized mothers. But Lana isn’t willing to give much of herself up at all, something that becomes clearer the longer Allie works for her, and Allie soon learns that Lana’s closed-off nature might be due to the fact that Lana, given her wealth, hasn’t done much of the mothering at all. Instead, Lana hires and relies on a nanny to raise her son, Norton.

“With every book, I had given pieces of myself to my client,” Allie narrates. “But Lana’s was coming to require more of me—the whole foundation, so to speak, rather than just a roof shingle.” It’s here that we find the crux of the novel, as Allie scrambles to care for Cass, while Lana hardly thinks about parenting and its struggles in any real way at all, though she profits from speaking about motherhood. Lana gets to spend time on the theoretical; Allie flounders on a day-to-day basis. As Allie fills in the gaps in Lana’s mothering tale with her own story, she writes stories about her own pregnancy, birth experience, and intimate moments with her son—and Lana expects Allie to give of herself in this very intimate way. Near the book’s end, an exasperated Allie tells Lana, “You want me to give you all of my stories? You want me to hand over the few things that I can actually call my own—my life with my son?” It quickly becomes difficult for her to maintain boundaries, and even more difficult for her not to resent this all-powerful, so-called feminist icon who doesn’t make her feel all that empowered.

While I found the 2016 presidential election and its resulting impact to be an engaging plot point, I was much more invested in the minute details of Allie’s life. As a ghostwriter for wealthy clients, Allie is essentially playing at her dream of being a rich, successful, thriving woman as she, in reality, struggles with nearly every single aspect of her life: She’s one stroke of bad luck away from losing everything—one stunningly depressing moment takes place when her son, under the care of an elderly caretaker, eats six laxatives and she struggles with whether or not she can afford the ER trip. Allie’s a white mother raising a half-Indian child, and she wonders if she’s failing him by not giving him any Indian men to look up to. Meanwhile, Cass is a gentle soul, and he struggles to befriend the other boys, who push and taunt him.

In a world where Allie has the resources to take care of herself and her son, there would be more room for the two to discuss the ins-and outs-of misogyny and racism, but Allie just has to focus on survival. Everything else is a distraction. She’s a single mother who has to lean on the emotions of a landlord just to make sure she and her son don’t get kicked out of their small, messy house. Yet, she cringes when she’s called poor, saying she feels more comfortable with “broke.” And she’s a woman who wants to work with feminist subjects to both appease her own political and moral interests and to ease the less-than-feminist clients she’s written for in the past, forced to mask their own misogyny and, at times, violence (one client, we learn early in Impersonation, is accused of sexual assault by several women following the book’s publication, resulting in the book being scrapped and Allie losing massive amounts of money), to help them sell copies and help her pay her bills. 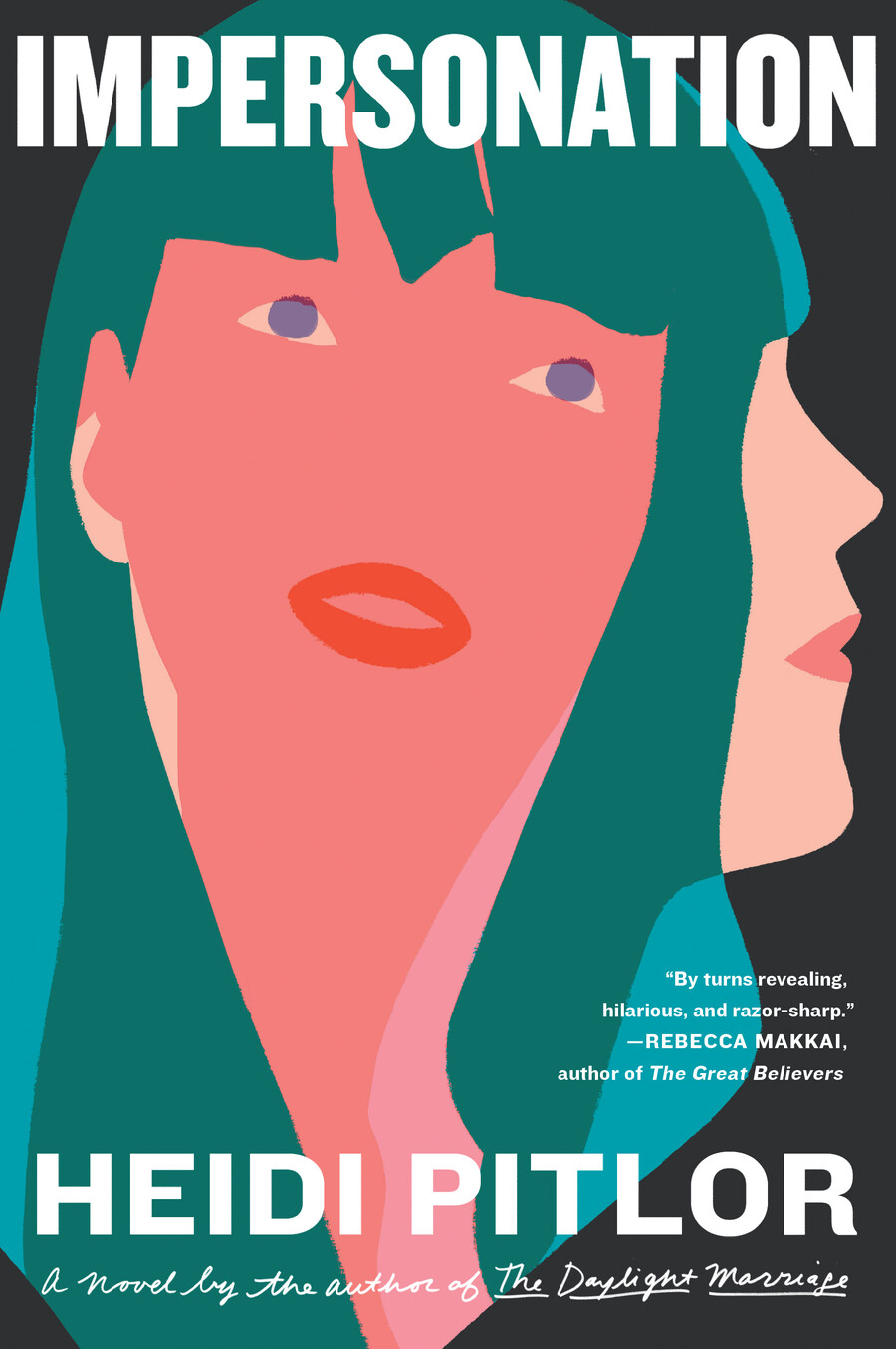 Another standout moment takes place when Lana shares her wild upcoming travel schedule. Lana sends a message to Allie, writing, “This is my life!” to which Allie almost responds, “You should see mine!” Instead, though, she types, “Lana, I need to tell you that my name is Allie, not Amy.” It’s the one thing she still has to reclaim considering the lack of work with her own name, voice, and story attached. Allie is constantly reckoning with what she’s giving up, something that feels like it’s constantly simmering across each page. Pitlor explores Allie’s emotional response to motherhood, to ghostwriting, and to her financial stresses, finding a balance between hopelessness and bitterness. Her exhaustion is symbolized in her inability to get through the single book she’s attempted to read for months; when she finally does have a single second alone to read in the bathtub, the book slips and sinks beneath the water.

Allie avoids taking Cass to the emergency room (so desperate is she to not fall further into debt); as a teenager, she temporarily becomes obsessed with the idea of becoming a dreadlocked woman and even names herself “Marley” (so desperate is she to become someone else); she writes a book for a man who is later accused of sexual assault by several women (so desperate is she to pay her bills). She softens stories that maybe shouldn’t always be softened, and she lets moments slide where she should have stood strong in her beliefs. But this is largely the result of a lack of true agency and power. What can a woman and a mother with no money afford to say no to? We all have choices, but we don’t all have the same ones. Ultimately, Impersonation asks who we expect women to be in order to be real feminists, and if it’s possible to maintain the supposed tenets of feminism when you’re dead broke.

Read this Next: Two Funny Moms Get Real about the Goriness of Having a Baby 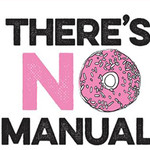