#ImWithHer But I Don't Have to Love Her | Bitch Media

#ImWithHer But I Don't Have to Love Her 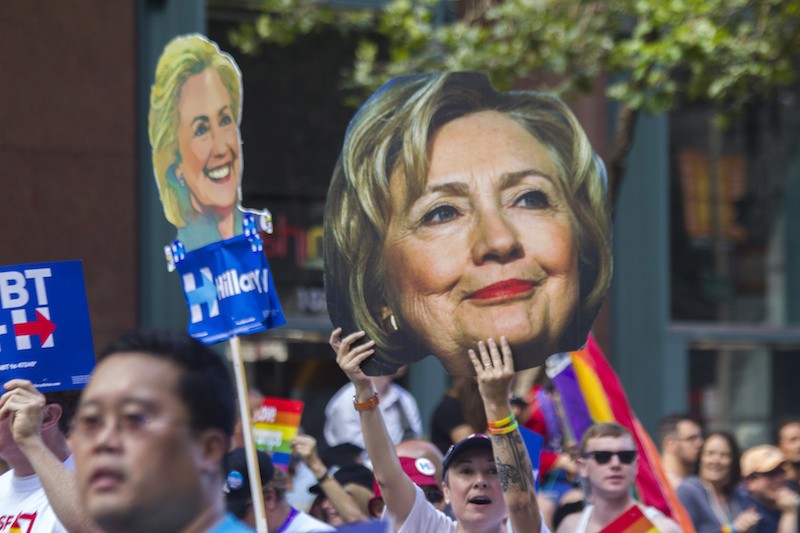 The recent DNC WikiLeaks haven’t done anything to change my opinion of her, because I don’t expect perfect integrity from the Democratic machine. National politics is a very dirty fight. The Republicans fight dirty in open and explicit ways (smear campaigns, consistently dog whistling racism, stealing the election for George W. Bush), but the Democrats get in there, as well (JFK may have stolen the 1960 election).  I always assume that the Democratic Party machine is unscrupulous in some of their methods. So the revelations about Bernie Sanders don’t shake me at all.

I’m also not surprised by the constant sexist attacks on Clinton and her female supporters by so-called progressive men. It’s unfortunate that sexism makes progressives in general much harder on Hillary’s shortcomings than they have been on male democrats in her position.

Yes, the DNC is shady, and interested in maintaining power. Bernie represented an attempted takeover of the Democratic Party from the left, and insiders weren’t gonna let that happen. Under Debbie Wasserman Schultz‘s leadership, they were willing to leverage religious intolerance to undermine Sanders. It takes a LOT of power and momentum to take over a political machine–much more than popular votes. It takes a consolidation of power over time, and Bernie’s Revolution didn’t have it yet. 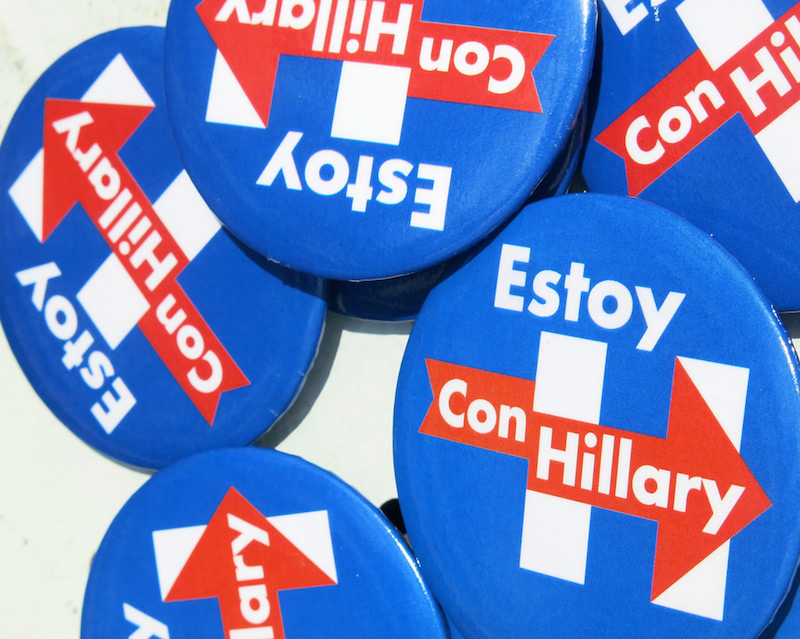 But here’s the thing. In presidential elections, the parties try to get you to fall in love with their candidate. They pick candidates who are commercially attractive. They try to manufacture a litmus test of friendship (“would you get a beer with him/her?”) Look, I don’t drink beer. I’m not looking for an imaginary friend. And I’m certainly not trying to make a love connection with the candidate.

And yet a relationship is a good analogy. I don’t think of my candidate as the person I’m partnering with, more like the person who owns the apartment we move into. Sure, we would have preferred to move into an eco-friendly building, made of all fair trade and recycled materials, built by young people of color from the community, with a built-in daycare center for working moms, where rent was changed on a sliding scale fee for a diverse and intentional community. But that building doesn’t exist yet. Because we haven’t built it yet. So we ended up in a regular apartment building, even though the owner was a little shady. But she follows the law for the most part, and does necessary repairs, so we’re cool here for the time being.

Read This Next: The Politics of Framing Clinton as “The Best Mom in the World”
Read This Next: What’s the Republican Recruitment Strategy? Racism, Plain and Simple

What I need from a landlady is a safe place to live and to build the movement to take over the building in time. With Hillary as a landlady, she’ll leave us alone as we organize the tenants and raise money to buy her out, even if she is taking our rent money and investing it in Wall Street and shady foreign projects backed by imperialism.

But here’s the difference: If Trump and the Republicans are my landlord, they’re using lead paint. They’re calling ICE on the immigrants across the hall. They won’t rent to Black people. They refuse to call the trans tenants by their chosen gender pronouns. They’re running a sex trafficking ring in the basement. They’re storing nuclear materials in a shed in the backyard. They’re spraying the front lawn with DDT and using Monsanto seeds. They’re bribing cronies to bypass renter protections to get us all thrown out to flip the property. They’re ready to burn the place down with all of us in it to get the insurance money. The Democrats won’t get us to where we’re going, but they won’t be taking us into a dystopic future of social, economic and ecological disaster.

The Democrats will mostly stay out of our way. The Republicans will do everything in their power to crush our movements, and will create a ton of oppressive and violent crises, nationally and internationally, that will suck up our energy. Their collateral damage alone will collectively traumatize us and brutalize our communities and our world.

We need the landlady that will allow us to keep building our movement to take over the building someday. We may be discouraged by Bernie’s loss. We may be disappointed in Hillary’s shortcomings. We may be disgusted by the Democratic Party’s shadiness. But we can’t let any of this convince us to give up our voting power to block Trump. Elect the landlady.

New slogan, everyone: #ImNotWithHerImVotingForHerTheresADifference. And of course the old one: #NeverTrump.

Read This Next: The Politics of Framing Clinton as “The Best Mom in the World”
Read This Next: What’s the Republican Recruitment Strategy? Racism, Plain and Simple

The contrast of Republican landlord vs Democrat landlord squares pretty well with what I've observed. But it's the contrast between the apartment building we have vs the one we hope to build is the one that infused hope and perspective into the situation. Nice work that I will share!

What about when the landlady bombs other countries though? Your house might be ok but IMO that's not all that matters. And the Obama administration is pushing the TPP and signed legislature protecting Monsanto. Better than Trump? Sure. Still deplorable. Yep. #giantmeteor2016

All Presidents bomb other countries. I do not agree with bombing other countries but all...including Obama...have. What matters is (like the article said) keeping the country stable so we can have the world we want in the future. Though I disagree that Hillary won't change anything. I think she will. 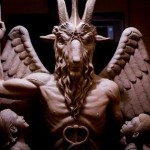 by Sarah Mirk
Donald Trump hates it when you laugh at him.