In Good FaithChrist Was There for Me during My Abortion 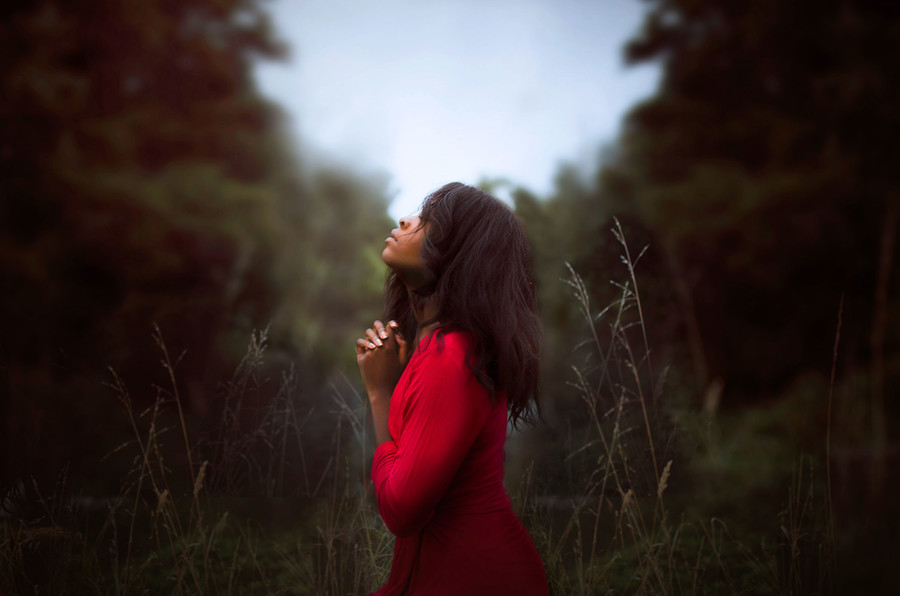 Christ told me that having an abortion was the right decision for me.

I know this isn’t something that people hear often, but given that a majority of abortion patients are religious, I suspect it’s true for a lot of those who choose the procedure. Religion and abortion have always been pitted against one another, but as a 17-year-old high-school senior when I learned I was pregnant, I was already praying about my future as I filled out college applications, asking where God was going to lead me.

Society tells women in a million small ways that mothering is our natural role, but I knew that I could not have a baby. Several of my friends were teenage mothers, so I knew they would be there for me if I continued the pregnancy; as it turned out, they were also there for me when I told them that I wanted to terminate it. But as a teen, I didn’t have access to the resources I needed. My school had information and resources for teen parenting, but not abortion—and I knew next to nothing about them.

I also wasn’t ready to tell my family about either the pregnancy or my choice to end it. But Texas requires parental consent for people under 18 to get an abortion. Roe v. Wade made abortion legal, but 38 states require minors to notify or obtain consent from their parents—and for many of us this isn’t possible, and poses a huge and often dangerous barrier to our Constitutional rights. One of my friends explained that I could petition for a judicial bypass, meaning I would have to go to court and get a judge to sign off on the procedure. Judicial bypass is a confusing process that is designed to discourage young people from exercising their Constitutional rights and accessing healthcare. It shouldn’t be this way.

Because I often put my faith in Christ as he leads me to the best decisions, I spent the next week in constant prayer; I can recall the day I was on the bathroom floor at my friend’s house before school, asking: “God, what is this? Is this what’s next?” It was: Soon after, a friend told me about Jane’s Due Process, a Texas organization that helps young people go through the judicial-bypass process. (It’s named for “Jane Doe,” the anonymous identifier given to young people going through a judicial bypass process.) After waiting a few days, I called.

A woman named Tina made me feel safe almost as soon as she picked up the phone, asking me a series of questions to better understand my case. When had I found out I was pregnant?I Was I experiencing pain? How was my relationship with my parents? How was I feeling emotionally? I appreciated her motherly compassion. Shortly after talking to Tina, I met with a lawyer who interviewed me and helped me put my case together. Part of this process involved preparing information about my medical history and my grades, and explaining why I needed an abortion and couldn’t go to my parents for permission.

Sometimes people ask how I can be a follower of Christ and have an abortion. My response is that God is a God of love, and if you know that then you’ve answered your own question.

It’s a weird feeling to try to put forth the best version of yourself for a stranger just so you can go see a doctor. Again, I turned to Christ for support: “Hey, God: You know, if this is something you don’t want me to do, don’t let it happen.” But God meets you where you are, and it did happen. From there, the doors just opened: From having my friends support me to getting the text with the phone number for Jane’s Due Process, it was clear that God provided for me, offering me a way forward when I thought I had nothing.

On the day of my court appearance, I had to miss school. Though I fully expected my judicial bypass to be denied and was nervous when I faced the judge, I spoke clearly and presented my case well, just like my lawyer and I practiced. The judge was straight-faced, like a stern aunt. She asked me about school, about degrees, about whether I was going to use contraception from here on. She wanted to make sure I wanted this abortion, and wanted to know what my next steps were should I have it. And a few hours later, my bypass approved, I was on my way to Southwestern Women’s Options.

It was clear that the staff there was used to supporting young patients like me; they explained the process thoroughly, and while there were a lot of other patients at the clinic, their kindness and compassion was amazing. And everything went smoothly. I had the abortion, and I had faith all through it.

Sometimes people ask how I can be a follower of Christ and have an abortion. My response is that God is a God of love, and if you know that then you’ve answered your own question. God is the ultimate author of our lives, and I had an abortion as a believer of God because He planned it, so that I could stand for His people and people like me. Anything that involves people getting the love and the care they deserve is something that He would be a part of, and God was with me with through the entire decision.

Now that I’m back in school, I mentor other Janes going through the experience of judicial bypass, and I believe it’s all according to God’s plan. Recently I’ve had several people in my life turn to me when they were deciding to have abortions, and I was able to both support them emotionally and direct them to our local abortion fund for financial help. I believe that God has set me on this path to be a resource and support for others.

Not long ago, I was thanking Christ for my abortion. I was praising God for my abortion. Some people no doubt feel that I didn’t make the right choice, but for me it was the foundation from which to start a new relationship, and strengthen the one I have with my family.

It’s been 46 year since Roe v. Wade was decided, but its promise is not yet here for everyone. Too many people still can’t afford their procedures or have to travel out of state for them; others must undergo unnecessary procedures that do little but add to their financial burdens. There’s no justice yet. But I am here to say that young people like me are sharing our stories to change the conversation. When I tell mine, I never forget to mention faith, because everything we do inevitably requires us to trust someone. I trusted the information from Jane’s Due Process; I trusted my attorney; I trusted my doctor; and I trusted the ultimate planner to knit this story—my story—perfectly.

by Caroline Reilly
In 2015, Amelia Bonow shared her abortion story on her Facebook page.
by Co Jackson
View profile »

Co Jackson is a leader with Youth Testify, a collaborative program for people who’ve had abortions of Advocates for Youth’s 1 in 3 Campaign and National Network of Abortion Funds’ We Testify.