Where Will Queer People Find Community Now That Bars Are Closed? | Bitch Media 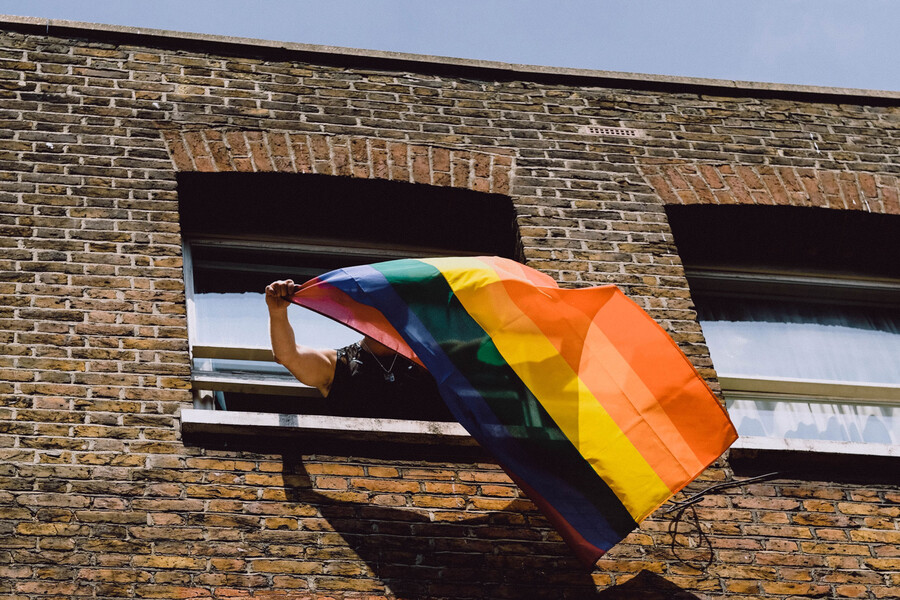 I can see the summer in my mind: pool hop, go to local music festivals, finally get into that one brunch spot, and, like other queer people, celebrate my queerness at Pride. During this one very special Chicago weekend in June, I was supposed to be lifting up my flowing summer dress while slow-grinding on someone’s daughter. I should’ve been spending my afternoons with my best friends researching the proper way to get my pastel-rainbow pasties to stay on. We were meant to be complaining about the heat with strangers at the parade sponsored by brands who probably don’t even know what QTBIPOC means. Those should’ve been the worst of our problems.

But those aren’t the stakes this year. COVID-19 was the first to put a halt on all things 2020, and the recent revolution swiftly became the second; as a result, many of our favorite parties and parades have not only been forced to go virtual (an opportunity for overdue inclusion), but they’re being urged to publicly declare their political alignments. Will they replace drag shows with vigils? Will their proceeds go to local mutual-aid organizations that support the Black community? How will they show the pride they have for not just their queer community, but for the Black people who are part of it? My local contingent, Chicago Pride, has gone virtual this month, with the physical fest postponed to early September—but even those dates aren’t set in stone, leading me to wonder: Where will I find community now that the usual parts of Pride aren’t happening?

During a virtual version of “family night” with my chosen family, all of whom live in Chicago’s Boystown neighborhood, we talked about how difficult it’s going to be to be separated during Pride, given that a key part of Pride for me is finding parties that feel true to my own identity: Queer dance parties full of Black and Brown people who get sweaty and sexy to music that’s not just techno or Lady Gaga. I asked some friends how they plan on celebrating Pride at home, if they were celebrating at all. What has changed for them? While many of my friends are anxious to party, surprisingly, most of them are keeping it chill. A six-person backyard BBQ, a socially distanced stoop hang, and a cute courtyard get-together were suggested as replacements for the big parties they usually attend.

Peach (@peachpresents) is one of the functions that I typically attend, for their events during Pride and otherwise, as it was created by people of color. Peach, founded by Bre Auberry in 2017, throws curated events and parties for LGBTQ women and femme family. Auberry told Bitch that COVID put a halt to planned changes and expansions for  Peach. “We were really just building momentum,” Auberry said. They recognized the value of what they called “a safe spot for queer women.” Peach had already started taking over a bar in Chicago’s Andersonville neighborhood, where queer women appeared in droves every Sunday  just to hang out with one another.

This is in and of itself a radical act considering that queer spaces tend to be dominated by men, with bars and spaces for women disappearing year after year. The spread of the coronavirus has caused bars to shut down so that once again queer women found themselves back at home, their sense of community taken away. Even in the best circumstances, queer women aren’t afforded the luxury of having an abundance of spaces to turn to for community. We’re used to connecting virtually across states and continents, and are accustomed to waiting to have a physical connection. Now everyone else is being urged to do the same. Even though queer women are usually an afterthought, we are once again leading the way, and offering our tips and tricks for surviving at a distance.

Even though queer women are usually an afterthought, we are once again leading the way, and offering our tips and tricks for surviving at a distance.

Queer events big and small are also feeling the pain. Michelle Johnson of Dyke Day L.A. (@dykedayla) says it’s the first time in nearly 13 years that they’ve had to cancel their event. The pandemic has required queer organizations to pivot: Peach and Dyke Day L.A. are participating in the virtual versions of Pride in their cities, while others have decided to take a pause and recalculate. For some, it’s a welcome break from the usual celebration. This is something I can understand: needing a break from the digital get-downs I have been attending. The thought of celebrating has felt particularly complicated in the wake of the protest and rightful uprisings sparked by the deaths of George Floyd, Breonna Taylor, and many others.

Chicago Pride has now decided to go virtual. As a Black queer woman, though, I’ll still be seeking out ways to show and experience joy, because I’ve earned it. Perhaps I’ll have a socially distanced moment with people in my pod, take a masked walk with a crush, or chill on my couch alone with a drink, lay back, and think about how I’ll continue to take part in—and show up for—what this time feels like a true revolution.

Read this Next: Glittering with Accessibility 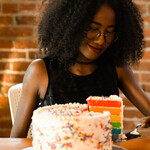 by Alaina Leary
The 50th anniversary of Pride is the perfect time for radical inclusion. 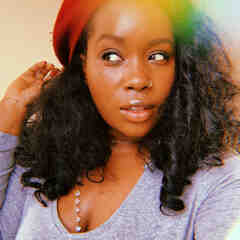 Shelli Nicole is a Detroit-raised, Chicago-based, Queer Writer whose work on race, sexuality, and pop culture has appeared on Autostraddle, Bustle, Marie Claire, HelloGiggles and more.
She is terrified of mermaids and welcomes all discourse on the topic.