Feminists Need to Fight for Chronically-Ill Women Too | Bitch Media

No Rest for the (Already) TiredFeminism Must Center Chronically Ill Women 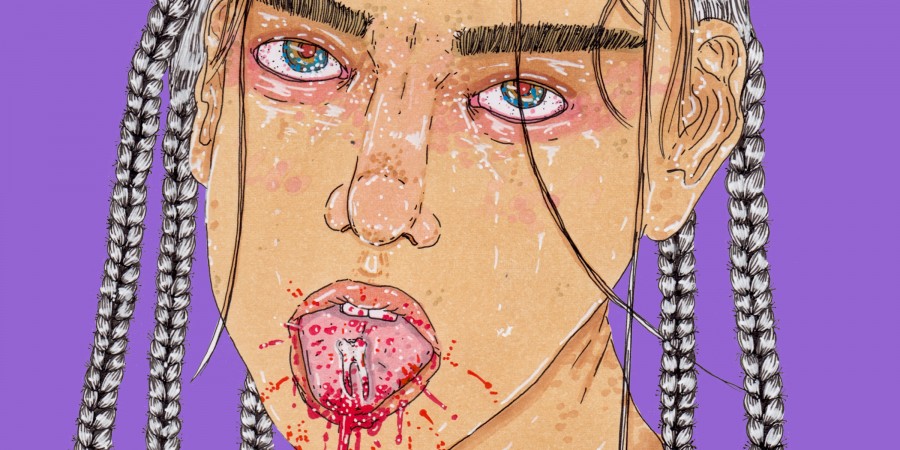 I’m a feminist with several disabilities, and I often identify as a chronically ill feminist. This strikes some people as weird. Why can’t I just identify as a feminist for the sake of the sisterhood? Here’s why: Though I’ve been writing online about chronic pain, illness, and disability for more than a decade, little has changed in discussions about disability as a facet of identity and ableism intersecting with sexism. Feminism is reticent about listening to and including women with chronic illnesses and disabilities, but to outsiders, and sometimes to fellow feminists, we’re simply invisible.

Fibromyalgia, a condition that causes chronic pain and fatigue, makes it next to impossible for me to be in feminist mode all of the time. The trending discussions, hot takes, and other lightning-quick changes on various social-media platforms move so fast (particularly in the age of Trump) that taking even one day off makes me feel like I’m completely removed from what’s going on. And public events that involve a lot of physical exertion, like the Women’s March, are not accessible for many of us with chronic conditions that impact energy levels (such as Lupus, Myalgic encephalomyelitis/chronic fatigue syndrome, fibromyalgia, and Postural orthostatic tachycardia syndrome).

The original Women’s March guiding vision and definition of principles, for example, was praised for being so inclusive. Yet it only mentions people with disabilities and “the chronically ill” in the context of caregiving. The Women’s March seemingly forgetting to include women with disabilities may be shocking to some, but it’s not surprising for those of us who are both publicly feminist and chronically ill. A group of disability activists including Sonya Huber, Andrea Scarpino, and Sarah Einstein created the Disability March website in advance of the Women’s March to represent disabled and chronically ill people who wanted to march but were unable to do so.

The Women’s March eventually updated its “Unity Principles” page with a statement about disability, but we have to do more than just add a statement to a website when disability activists are still facing resistance about accessibility at regional Women’s March events. Admittedly, I have a chip on my shoulder about cover-your-ass “inclusion” statements after being part of the Feminists With Disabilities (FWD) blogging collective. We founded the collective to fill the feminism and disability hole in blogging, but we shut down after two years partly because we didn’t get much support from the wider feminist blogosphere (with a few exceptions, including Bitch.)

This lack of allyship meant that we were left alone to deal with trolls, hackers, and people on the political left—including other feminists—treating our existence as an affront to online feminist solidarity. Maintaining a space for feminists with disabilities and chronic illnesses was a Sisyphean battle to get people to care. But watching Jennifer Brea’s 2017 documentary Unrest, which chronicles the filmmaker’s life with severe CFS/ME, made me feel less alone. Brea filmed some of Unrest from her bed; conducted interviews with other people with CFS/ME on her iPad; and employed a production crew that traveled to interview subjects. This made the interview process accessible—and shows the importance of using technology to include people whose chronic illnesses impact their ability to move, travel, or “show up” on short notice.

Women are diagnosed with autoimmune diseases at a shocking rate, but doctors often dismiss their symptoms as products of anxiety, depression, or as something else that exists “all in their head.” For instance, the Centers for Disease Control and Prevention (CDC) dismissed the 1984 outbreak of CFS/ME in the Incline Village, Nevada-area as psychological “hysteria.” 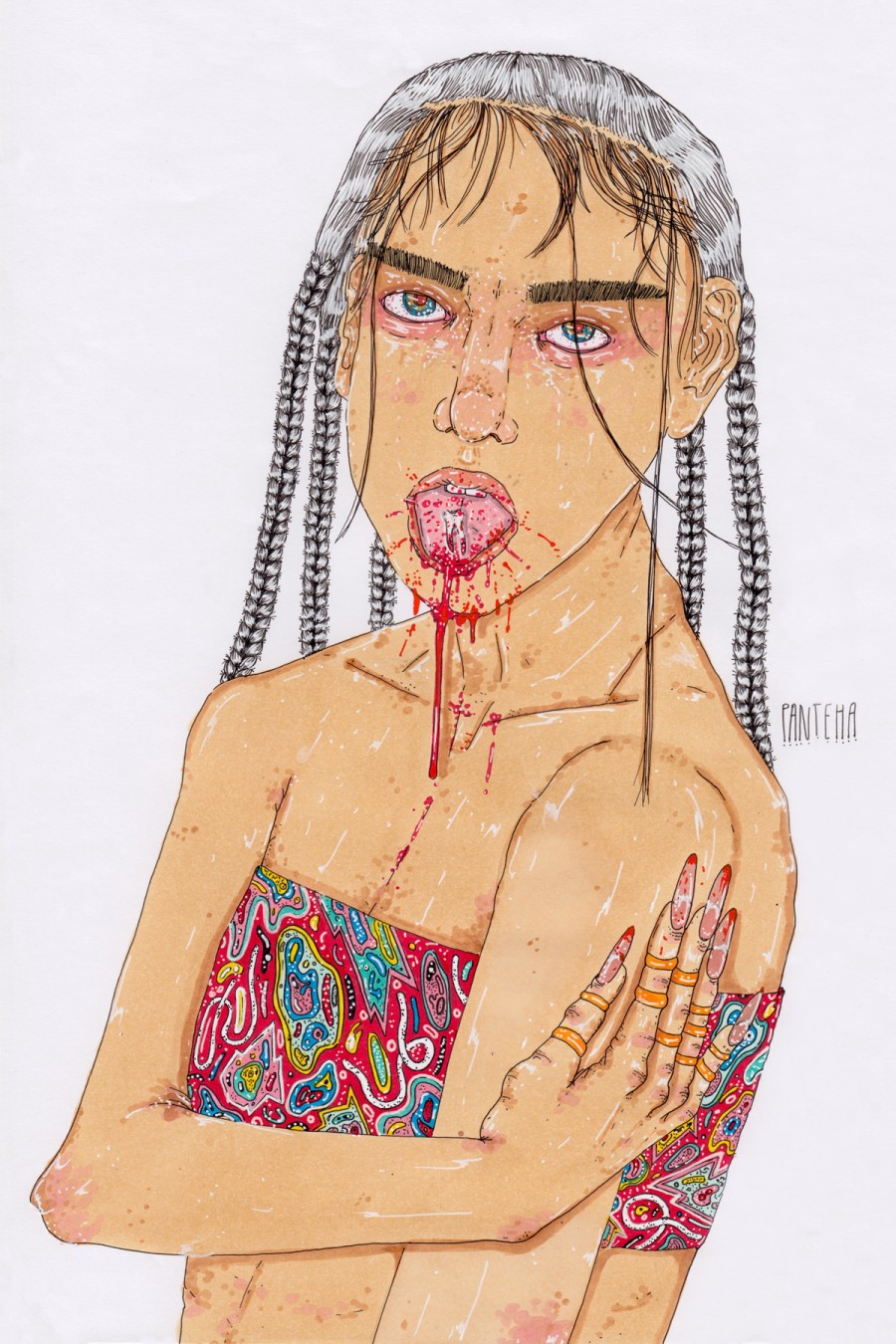 Immunologist Nancy Klimas, who is interviewed in Unrest, doesn’t mince words about the medical and cultural dismissal of CFS/ME and other “mystery” illnesses sexist: “[L]et me be a feminist for a moment: Being a woman is part of it. Eighty-five percent of people with this illness are female.” Women with “mysterious” or otherwise maligned chronic illnesses have been fighting both sexism and ableism for years; it should be a feminist issue, but feminism has been slow to include the sickest among us in its fight for gender justice.

So how can feminism start treating disability rights, ableism, and gender disparities in diagnosis and treatment for chronically ill women as feminist issues? While I can’t speak for all chronically ill feminists or women with chronic illnesses, these are the actions I’d consider taking:

Take the time to learn about the many issues that disability rights, chronic illness advocacy, and feminism have in common.

They include women’s health (which is not just reproductive health, though that is an important piece); the many gender and racial disparities in pain management for chronic pain; the rollback of the Americans With Disabilities Act (ADA) via HR 620; the dismantling of the Affordable Care Act (ACA); body image; and the dismissal of women’s chronic physical pain as “hysteria” by both the medical establishment and the general public. I’d recommend reading the FWD/Feminists With Disabilities archive; Johanna Hedva’s article, “Sick Woman Theory”; Amy Berkowitz’s 2015 book, Tender Points; Osler’s Web, Hillary Johnson’s far-reaching history of CFS/ME; Abby Norman’s memoir Ask Me About My Uterus: A Quest to Make Doctors Believe in Women’s Pain; and Michele Lent Hirsch’s 2018 book Invisible: How Young Women with Serious Health Issues Navigate Work, Relationships, and the Pressure to Seem Just Fine.

Feminism is reticent about listening to and including women with chronic illnesses and disabilities, but to outsiders, and sometimes to fellow feminists, we’re simply invisible.

Invest in media created by women with chronic illnesses.

Don’t stop after you read this article. Outside of Unrest, there are creative works, films, articles, and blogs created by women and feminists with chronic illness—it may take a bit of searching, but there is a wealth of information, especially online. You can listen to the Disability Visibility podcast.

Remember that accessibility is more than a ramp.

Accessibility is more than just following Americans with Disabilities Act guidelines, such as making sure that there is a designated “disabled” restroom and an accessible entrance for those who cannot use stairs. Are there places to sit? Is the event fragrance-free? Will there be 10- to 15-minute breaks built into the event or protest so that attendees can recharge? If you’re not sure where to start with basic accommodations, the ADA National Network has an accessible event checklist on its website.

Writer Katie Tastrom’s article “10 Ways We Can Make Leadership Accessible For Sick Folks in Activism” also contains some excellent suggestions. Since everyone has different access needs, try not to assume that every event, protest, or meeting will need the same accommodation measures. It is generally a good practice to provide contact information for your event so that people with chronic illnesses or disabilities can easily get in touch with organizers to discuss accessibility needs.

Don’t dismiss tweeting, blogging, and other forms of online activism as “armchair activism.”

There’s a tendency in leftist and progressive spaces to dismiss online activism as “slacktivism,” but there are many chronically ill and disabled women whose activism takes the form of writing, tweeting, signal-boosting, and engaging with other activists on social media. Being physically in the streets and walking/protesting for long distances is a manifestation of privilege. Disability activists tweeting and engaging other people online is more complex than, say, clicking “like” on a Facebook status update or article.

Hire people with chronic illnesses as writers/contributors for your feminist projects and center their perspectives whenever possible.

Bitch contributor s.e. smith and the Disability Visibility Project maintain the Disabled Writers database to promote writers with disabilities—and yes, there are many profiles tagged with “feminist” and “chronically ill.” (Full disclosure: I have a profile on the website.) 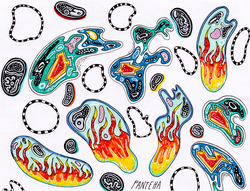 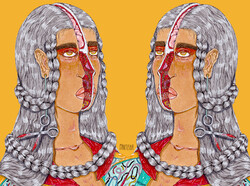 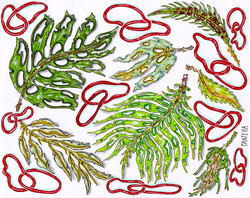 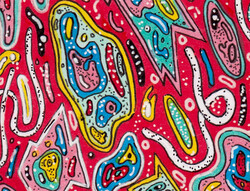 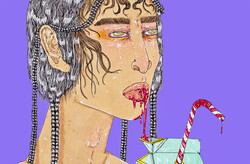 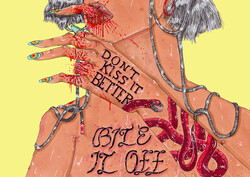 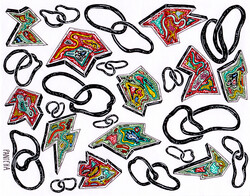 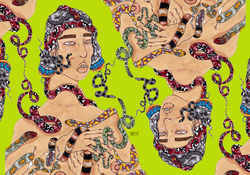