Injustice IgnitedIncarcerated Firefighters on the Frontlines 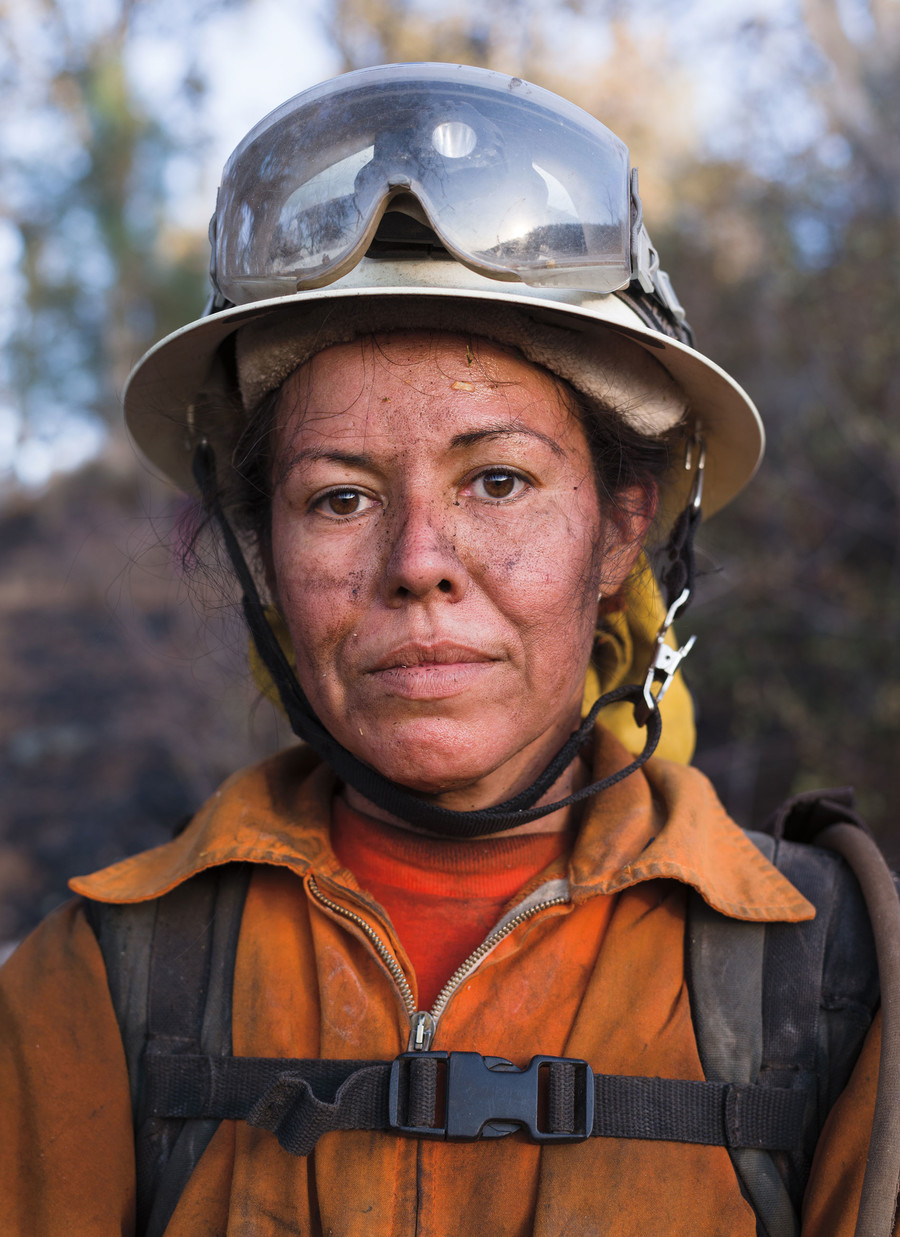 The conditions were ideal for disaster. Butte County had gone more than six months without sizeable rain clouds or a decent rainstorm when the first sparks caught on November 8, 2018. Wind gusts hurled through the foothills, shoving the flames—and the bone-dry grass blades they clung to—far beyond county lines. Fire swallowed up the towns of Paradise and Concow within six hours; both towns were declared “destroyed,” with an estimated 95 percent of structures burnt, by noon that same day. In 17 days, Camp Fire—now the deadliest and most destructive fire in California’s history—leveled thousands of homes and businesses, engulfed more than 150,000 acres, and killed 85 people.

In 2018, Camp Fire was just one of more than 8,000 fires fought in California in which only the daily toil of thousands of firefighters made containment possible. Favorable weather conditions, like rain, are incredibly helpful, but it often takes hundreds of teams deployed directly to the frontlines—many working 24-hour shifts—to get the job done. Since World War II, thousands of incarcerated people have been working as “volunteer” firefighters in “conservation camps” or “fire camps” run by the California Department of Corrections and Rehabilitation (CDCR), CAL FIRE, and the Los Angeles County Fire Department. Of the 43 existing fire camps, three are women-only and one is for juveniles between the ages of 18 and 25. (In Washington state, incarcerated minors also fight fires.) Today, incarcerated people account for almost 40 percent of all California firefighters.

Proponents of the volunteer firefighting program, including some of the prisoners who participate, say it’s fulfilling to “give back” to the community and temporarily leave the confines of prison. While getting the chance to fight fires might sound like an exciting alternative to tiny cells and prison walls, opponents argue that the severely low pay doesn’t adequately compensate incarcerated firefighters for the grueling, dangerous work they undertake. CAL FIRE, the Los Angeles County Fire Department, and incarcerated firefighters undergo the same basic training and perform the same arduous work. Yet incarcerated firefighters wear orange jumpsuits instead of yellow digs and earn an average of either $2 per day or $1 an hour. Meanwhile, full-time firefighters earn an average of $22 per hour, or between $46,000 and $74,000 annually. Incarcerated firefighters aren’t usually able to join a fire station after they leave prison, either, because the position requires licensing as an emergency medical technician (EMT), a credential that can be and often is denied to those with criminal records.

And now, as fires become even more deadly and devastating each year, incarcerated firefighters are risking their lives. At least six incarcerated firefighters have died while on duty since 1983, according to NPR. During Camp Fire, two incarcerated firefighters suffered severe burns on the face and neck while trying to escape a rapidly burning plain. And in 2016, 22-year-old Shawna Lynn Jones died less than two months before her scheduled release while working at a fire camp in California. New concerns were raised last summer when the CDCR boasted in a viral tweet, “Today, more than 2,000 volunteer inmate firefighters, including 58 youth offenders, are battling wildfire flames throughout California.”

“The CDCR’s use of ‘volunteer’ is misleading because the term implies that a person has sufficient bargaining power to make a decision free of coercion,” says Kath Rogers, an attorney and executive director of the Los Angeles chapter of the National Lawyers Guild. Rogers, who has worked as an activist and organizer for two decades, compares an inmate “voluntarily” fighting fires to being desperately dehydrated in a desert and signing your life away for a drink of water. “The state’s powerful prison-industrial complex is on one side, and people living behind bars are on the other. There is drastically uneven bargaining power between these parties, and all the scales are tipped against workers’ rights. If the CDCR wants to claim California’s firefighter prison labor is ‘voluntary,’ it should provide the same protections and rights workers receive outside of prison walls.

California prisons typically dole out pennies to the people behind bars who make license plates, office furniture, uniforms, and other wares. Tapping into prison labor for far less than standard wages is a practice that dates back to the inmates who built the state’s road infrastructure in 1850. Today, incarcerated people in California can expect to earn between 8 and 95 cents an hour for their work, depending on the trade. Across the United States, prisoners earn an average of 20 cents per hour for their labor. Bill Sessa, an information officer at the CDCR, told CNN that the wages incarcerated fighters earn are “lavish by prison standards.” Beyond the pay, each day in the field shaves off two days from a prison sentence, as opposed to the usual 1:1 exchange for good behavior.

Mandating that prisons abide by minimum-wage requirements and other minimal worker protections is a floor, not a ceiling.

While the pay may seem substantial when compared to that for other prison jobs, a deeper, more critical examination reveals that prison standards are extremely low by design. “Mandating that prisons abide by minimum-wage requirements and other minimal worker protections is a floor, not a ceiling. Under the Constitution’s 13th Amendment, which banned slavery and involuntary servitude, there is an exception for prison labor,” explains Rogers. “Since the Constitution trumps laws passed by the legislature—in this case California’s minimum-wage law—prison labor is exempt from these types of worker-protection statutes.” Sound familiar? It’s because the exception has long been used to “perpetuate slavery by another name,” Rogers continues. “It was used to allow forced labor under the ‘Black Codes’ intended to criminalize African Americans in the South after the Civil War, and it is used today to justify exploitative labor—mainly of Black and Brown people—in prisons throughout the country.”

While California incarcerates people at lower rates than most U.S. states, it ranks eighth in highest racial disparities between white and Black prisoners. For every white person in California’s prisons, 8.9 Black people are incarcerated. The disparity is even more apparent in the state’s men’s prisons: Only 6 percent of Californians are Black men, yet they make up 29 percent of the state’s prison population. It’s understandable that many people feel roused to act because incarcerated firefighters are being underpaid and undervalued, but Rogers encourages citizens to examine the larger system at play—and to support the activists who are already working on this issue.

The fact that incarcerated firefighters are prevented from working in the field once they leave prison is a catch-22 that illustrates the futility of the U.S. prison system. “We have the largest population of incarcerated people of anywhere in the world,” Rogers says. “Prisons serve to amplify structural inequality and racism, and perpetuate cycles of poverty and criminalization—the opposite of having rehabilitative value either for individuals or for society at large.”

Read this Next: Slavery Never Ended