Bye SharamIndian Women Are Tapping into the Enduring Power of Memoir 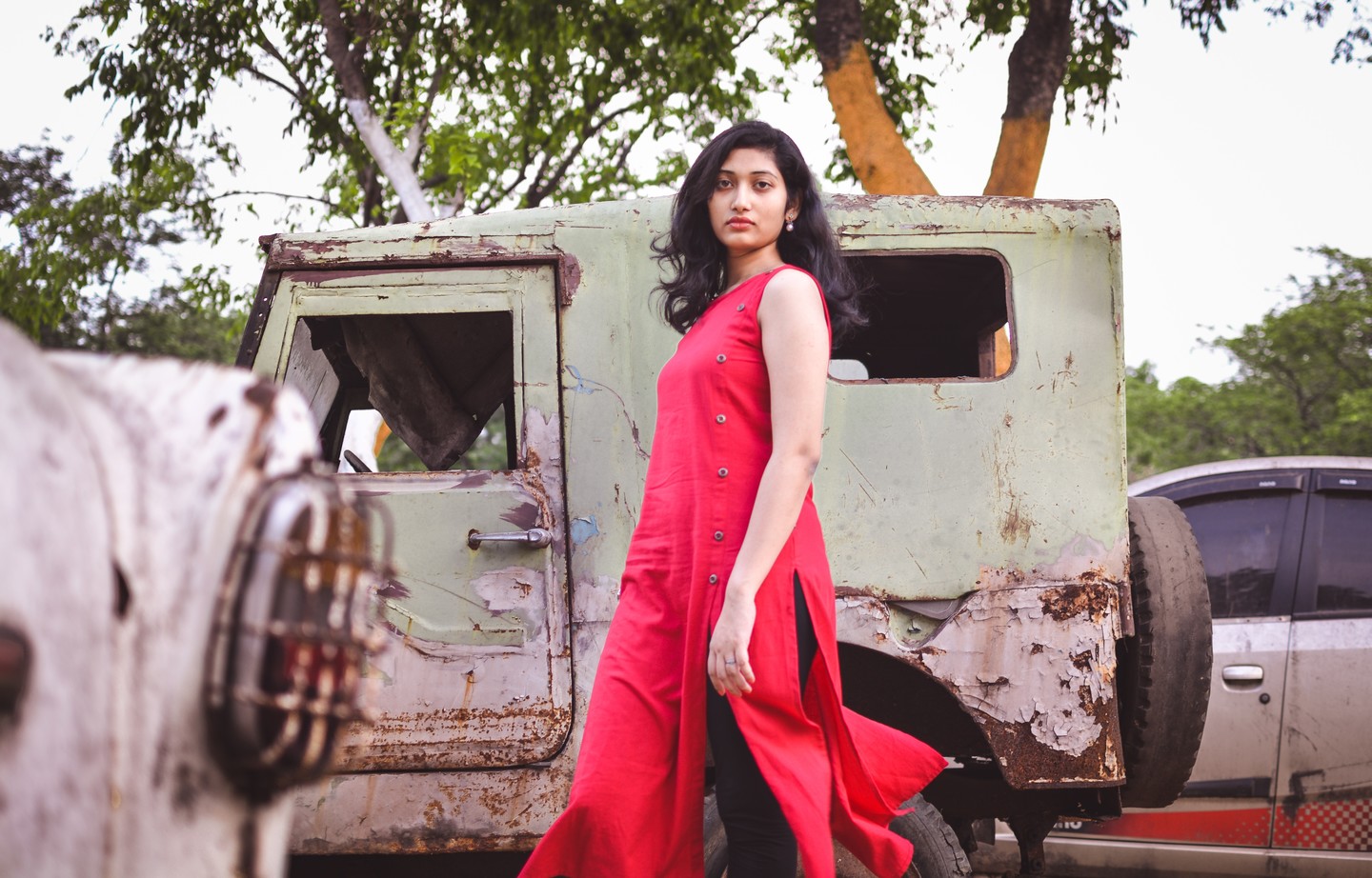 “Besharam,” a word that means “shameless” in Hindi, is almost used exclusively against women who get “out of line.” It’s also the title of a collection of essays by Priya Alika Elias in which she reclaims the word while crafting a manual of sorts for the modern Indian woman. Besharam was the first time in my 30 years that I felt completely represented within a memoir; though fiction abounds in India, memoirs written by women remain conspicuously absent. Why? It can’t be because Indian women have nothing to say. I’ve written and read a number of raw, honest, and deeply personal essays—about bodies, trauma, and love—penned by Indian women and Alika Elias’s essays capture the experiences of millions of them.

As Arundhati Roy once said, “There’s really no such thing as the ‘voiceless.’ There are only the deliberately silenced, or the preferably unheard.” Both Elias, who was raised in India and spent 10 years as a lawyer in the United States before moving back to Delhi, and Indian American memoirist Mira Jacob explore what brown women have long felt: that our stories have been quashed by surveillance, censorship, and erasure. These are hallmarks of a toxic patriarchal culture that devalues women’s experiences—that often disputes our right to even exist. “The pity of it is that we have no real mentors from a young age, and as such we have nowhere to be honest,” Elias says. “I wrote my book to tell those women ‘Look, whatever you’re going through, you’re not going through it alone.’ I hoped to offer some useful and universal advice.”

Sharam, or shame, is one of patriarchy’s most powerful weapons, and it begins early: In her 2015 novel The Small Backs of Children, Lidia Yuknavitch writes, “There is no girl we are not always already making into a woman from the moment she is born.” Shame is so deeply coded in my own womanhood that it’s practically an organ. Like many urban, middle-class girls growing up in India, I referred to my vagina as “shame-shame”—as in, “Cross your legs when you sit, I can see your shame-shame!” Studying in a Catholic school with a policy of checking to see if we wore bloomers—yes, bloomers—every day under our uniforms until we were about 13, emblazoned across my mind the message that my womanhood is shame.

“Teachers have told me not to write about my personal life: that it wasn’t a fit subject for a girl,” Elias says about writing about numerous important but taboo topics in Besharam. “I’ve been slut-shamed for being honest about my sex life. I’ve been told to gloss over my eating disorder.” Jacob similarly felt shame while writing her March 2019 memoir, Good Talk: A Memoir in Conversations, and knew that she could potentially offend older Indians. “[F]rom bisexuality, to conversations with my husband that are less than “model” …even about getting my dad high,” she tells me. “For them it’s rich fodder of things to be ashamed of. For me it’s just who I am, it’s how I’ve lived.”

Shame silences. As women, we’re taught to be so ashamed of our bodies, our desires, our entire selves, that we can’t fathom writing about them. In Besharam’s opening essay, “Shameless,” Elias writes, “[T]he very word ‘shameless’ is deeply gendered. How many men have you heard being called shameless?…No, no, besharam is for women who want things, who are fearless about voicing those wants, who are frankly unapologetic about it.” In India, “shame” is rebranded as “modesty.” The power of this false equivalence imbues oppression with integrity. For women, modesty involves the performance of inoffensiveness and humility. Like children, they must never be heard; when they are seen, they must not wear skirts, drink alcohol, work, or go out—alone, late, or at all.

Defying this “Indian culture” in dress, word, or action can be life-threatening. So women shrink themselves into non-existence. For many, it’s a survival technique in a culture where victim-blaming thrives and “honor killings” are shockingly common: Silent invisibility is better than causing offense. “The memoir is a chronicling of your life,” Elias says. “In order to write about yourself, you must believe that your life is worthy of that act. That you have something important to say. Sadly, there are so many Indian women who don’t believe that! They wouldn’t write about themselves because they don’t consider themselves worthy subjects of a book.” India is a collectivist society, with an ancient history of clan identity. Indian Hindus, for example, belong to “gotras” or patrilineal clans. The aim of a (cishet) Hindu marriage is to change the bride’s gotra from her father to her husband. Not only are women custodians of their family’s “honor,” they are its very embodiment, and thus robbed of their autonomy. Women define themselves in relation to men, and are perpetually playing roles—daughter, mother, wife, widow—instead of girl, woman, or person.

Individuating is almost impossible. “There’s always a group of South Asian women who will come up to me…and I can see it all over them,” says Jacob, who has been teaching writing at New York’s  New School for three years. “It’s this enormous feeling that their own story is not theirs to tell, which is a really painful thing. From the get-go, so many of us are decentered from our narrative, because we are taught that they’re simply not ours. This world is not ours. This story is not ours. If we exist, it’s as helpers and people who are there to support the main story.”

It wasn’t until 2018, in fact, that India’s Supreme Court moved to strike down an archaic adultery law that defined a husband as his wife’s master. (Marital rape, meanwhile, is still not a crime.) The commodification of women is central to ubiquitous cultural practices such as kanyadaan,—the Hindu wedding ritual of “giving away the girl”—and social consciousness doesn’t keep pace with legal developments. Dowry may be illegal, but an estimated 21 women die daily from dowry-related deaths. In an incident earlier this year, a former court staffer accused the Indian Chief Justice of sexual misconduct in a sworn affidavit. During the inquiry process, a sham in which the committee didn’t allow her access to counsel, and routinely flouted established procedure, she was intimidated into withdrawing her complaint. Her case was then inexplicably dismissed as “without substance” and the report has neither been made public nor available to her. The message from the highest moral arbiter in the land was unequivocal: women’s stories don’t matter.

So, how can female memoirists self-actualize in a culture with erasure—of women, of the lower castes, of entire histories—in its bones? The Hindu nationalist government is amping this up by erasing India’s Mughal history from textbooks, and with it, the legacy of Nur Jahan, the only female Mughal ruler and the developer of the blueprint for the Taj Mahal. Historian Ruby Lal, author of the 2018 book, Empress: The Astonishing Reign of Nur Jahan, writes in Literary Hub, “[I]n this new history, there should be no Muslims, no other minorities, no great women leaders, and no religious pluralism. And if they must be inserted into history, it must only be as the finest example of the accommodation Hindu India offered.”

Memoirs by people from marginalized communities are crucial to combating centuries of such erasure and rewrite a more accurately representative Indian history. Renowned South Indian classical singer MS Subbulakshmi, for instance, was born into the Devadasi tradition of temple courtesans who serve and entertain upper-caste men and became one of the most celebrated Carnatic singers of the 20th century. Yet her legacy has been reduced to the relationships she had with men, shrinking the reality of her ambition and agency. Historian Sunil Khilnani, in a 2016 Guardian essay addressing India’s historical revisionism and erasure, writes of Subbulakshmi that, “The few letters of hers not destroyed by image keepers are rife with attitude and passion. But her public persona was, and remains…that of a demure housewife whose accomplishments were simply visited upon her by the gods.”

In India, “shame” is rebranded as “modesty.” The power of this false equivalence imbues oppression with integrity. For women, modesty involves the performance of inoffensiveness and humility.

In the United States, immigrants and writers of color face a different kind of surveillance and erasure. Publishing indulges in an “Americanization” of our stories that fits into a (white-approved) narrative that often favors stereotypes about our experiences. Jacob’s work has often been rejected by (usually white) editors for either being “too Indian” or “not Indian enough.” Good Talk became a memoir out of  necessity: “I felt like this world was shifting so quickly toward one that has no value for a boy like mine. That has no value for a life like mine,” she says. “I wanted [readers] to feel the impossibility of being a brown woman in this country. How many different things are thrown at you every single day. How many different contradictions we’re supposed to hold in our hands at one time with a smile. And gratitude.”

Patriarchal censorship and shaming make women feel isolated. “I think we are discouraged from having our own narratives to keep us disenfranchised from our own power,” says Jacob. It is this, precisely, that makes it vital for normal women to tell their stories. Their stories are subversive,  a reclamation of power, and an exertion of autonomy. Some Indian women have found liberation through social media, where they can block aunties and be their un-surveilled selves. Twitter, for example, was the catalyst for the #MeTooIndia movement, giving millions space to tell their truth. I asked Elias if women would be able to commit to the visibility of a memoir, when they could anonymously tweet about their lives, and mitigate the inevitable consequences. She is certain that women want to write memoirs, but also sadly acknowledges that many of them can’t afford to be as visible as she is. “It’s always going to be easier for women to write about their personal lives when they’re anonymous,” she says. “It’s the easiest way to avoid harassment and persecution for their beliefs. The problem with anonymity to me is that it’s not fair: You will never be credited for the good work you’ve done!”

And though Elias is grateful to see “so many Indian women being brave and talking about their beliefs [online], under their own names,” there is still more that can be done to support women who want to tell their stories. “We need to create loving, uplifting communities of women, for women,” she says. “Families may judge us, shame us, police or censor us—but other women who think like us will be our saviors.”  There’s work to be done, but Elias is optimistic about the future of the memoir for Indian women. “My great-grandmother spent most of her life being shamed for her status as a widow,” she says. “I’ll never know the extent of her pain and suffering, because she never felt that she had the right to talk about it. Like her, many women live in silence, unable to write their honest truths. There is a demand for those stories, and we are certainly a generation that will push for them.”

Read this Next: Family Matters 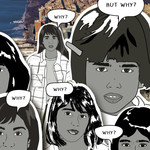 by Dara Mathis
For a country obsessed with the national “conversation about race,” Mira Jacob’s graphic memoir, "Good Talk: A Memoir in Conversations," offers an illustration of all the ways it can go right—and wrong. 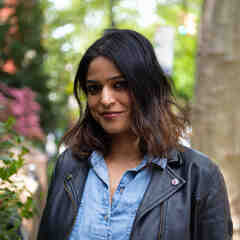 Madhuri Sastry is a writer with a background in human-rights law. She is the marketing director at Guernica. Her writing has appeared in several publications including Slate, Guernica, Catapult, and Wear Your Voice. She’s an amateur but dedicated home cook, and lives with her partner, a corgi mix, and about 20 plants in a concrete jungle. Find her on Twitter @chicks_balances.