When it comes to biological sex, there are generalizations made about the physical appearances of men versus women, such as the idea that male bodies usually are physically bigger, have more facial hair, are broader, and have different genitalia. This isn’t true of all men, of course—especially those who are born into bodies that don’t match their gender identities—but, generally, biological sexes have concrete physical differences that set them apart. But what about differences in the brain? This is where the issue gets much more dicey, as science journalist Angela Saini tackles in her book Inferior: How Science Got Women Wrong—and the New Research That’s Rewriting the Story.

For centuries, science has told us that there are fundamental differences between men and women when it comes to our brains or the way we’re “wired.” Men are better suited to working outside the home and doing complex jobs in STEM fields. Women’s brains make them better at domestic duties. And their wiring makes them prefer chatting over coffee and comforting others in times of distress instead of building a computer or tackling a complex science problem. Science is supposed to be neutral. It’s supposed to be free from bias, existing in a beautiful place where our personal beliefs and politics don’t matter. Scientific evidence should speak for itself.

The problem is that the people performing science—asking the questions and interpreting the data—aren’t neutral and unbiased. They have preferences and opinions, and for the breadth of human history, have primarily been men. As Saini says, “Women are so grossly underrepresented in modern science because, for most of history, they were treated as intellectual inferiors and deliberately excluded from it. It should come as no surprise, then, that this same scientific establishment has also painted a distorted picture of the female sex. This, in turn again, has skewed how science looks and what it says even now.”

If most of what we know about the differences between men and women is the product of bias and looking for affirmation in scientific results, then we have to reevaluate everything we thought we knew. We often treat our children differently from birth, as Saini asserts, “feeding our babies fantasies in pink and blue with the assumption they are deeply different.” But what if they’re not? What if women aren’t more naturally empathetic? What if men don’t have a natural superior spatial awareness? These are interesting and provocative questions, to be sure, and an argument that Saini makes convincingly in Inferior.

Saini isn’t afraid to confront long-held beliefs and long-standing science to make her claims. In the second chapter, she confronts the idea that men are stronger and more powerful than women. In reality, and according to science, women actually have stronger constitutions. “Women live about five or six years longer than men across almost every society and that’s been true for centuries,” Kathryn Sandberg, director of Georgetown University’s Center for the Study of Sex Differences in Health, Aging and Disease, says in Inferior. Each chapter of this book is packed with fascinating scientific details, presenting multiple sides to every issue. Saini talks to not only the scientists behind these “discoveries,” but also those who are fighting to disrupt these long-held scientific “facts.”

Many of the scientists behind these disturbing studies don’t think their results claim a fundamental inferiority of women. It’s not political—women are just different. However, once you begin to pick at the results of many of these studies, they start to unravel completely. Findings are often interpreted to suit the researcher’s bias. And what Saini argues so well is that when the results of these studies show that women are best suited to tasks that are less valued by our society, such as domestic duties and caregiving, it undermines the status of women. For example, in ancient human societies, traditional science tells us that women cared for children, while men hunted. Men provided, and women merely stayed home.

But this isn’t actually the case. In Inferior, Saini states that “[Richard Lee’s] fieldwork had shown that, while often not hunters of big animals, women were responsible for getting hold of every other kind of food. …Gathering was arguably a more important source of calories than hunting.” Women can absolutely choose to stay at home with kids, but that doesn’t mean we are uniquely suited to do so over men. It also does not mean that it’s “unnatural” for women to choose not to.

The book does fall short in tackling the complex question of how gender identity relates to this discussion. Inferior focuses on biological sex, with a short discussion of people who are intersex. Saini treats biological sex and gender identity as two different things, and makes it clear that her focus for this book is on the former. While Saini does discuss the fluidity of gender, her main argument starts and ends with biology. However, an examination of how gender identity can affect this issue—especially as it related to people who do not identify as male or female—would have enhanced the book. The real crux of Saini’s argument is that there are biological differences between everyone. Women aren’t inferior to men, as science has claimed for so long. Yes, we are different, but not in the ways science has told us.

Women are fighters. We experience more physical pain than men and that pain is often not taken seriously. We get 75 percent of autoimmune diseases, yet we live much longer. We’ve learned to survive under hardship. And we will triumph. 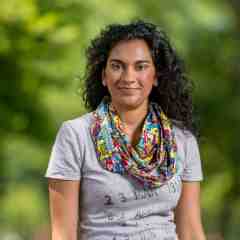 Swapna is a regular contributor at Engadget, Paste Magazine, Syfy Wire’s Fangrrls, and the LA Times. She’s also written for Bustle, Newsweek, Smithsonian Magazine, and other outlets. She lives outside Philadelphia with her husband. 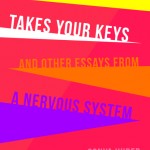