Social Lies vs. Social LivesFriendships in the Age of Instagram

Ingrid Goes West is being called a Single White Female for the social media age because it interrogates an obsessive friendship between women in the time of Instagram.

After the death of her mother, Ingrid (Aubrey Plaza) is sitting in a car, obsessively liking Instagram posts from a wedding she was not invited to. She eventually crashes the wedding, pepper sprays the bride, and is admitted to a mental health clinic. After checking out, Ingrid finds a new fixation: Taylor Sloane (Elizabeth Olsen), a professional influencer who’s found fame through her #perfect Instagram. Ingrid doesn’t just obsessively desire Taylor’s friendship. She wants Taylor’s identity—the effortless, perfect life carefully curated on Instagram—so she moves to her Venice Beach, California neighborhood and begins stalking her. She visits the places Taylor frequents and buys the items Taylor posts about. She even steals Taylor’s dog so she can establish contact, and eventually sneaks into her house so she can photograph everything in her bathroom.

Though Single White Female clearly inspired Ingrid Goes West, the movie also owes a debt to recent female-led dramas like Queen of Earth, Always Shine, and Black Swan that use female friendships as fodder for psychological horror. The film replicates the central theme of those movies: Friendships between women are unstable. Ingrid Goes West posits that women are inherently jealous, vindictive, and covet what other women have. The movie’s darkness comes from this presupposition of jealousy, and the choices Ingrid’s obsessive envy leads her to make, though the movie stops shy of the horror accomplished in Single White Female. 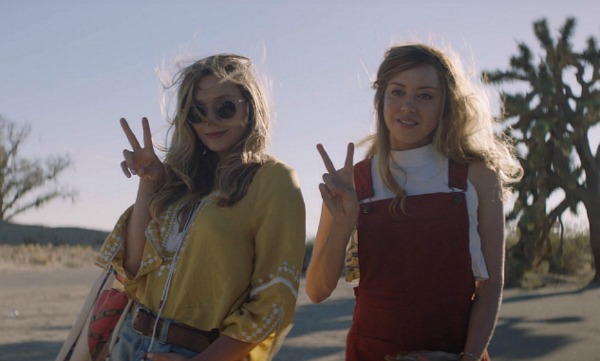 Through this obsession, Ingrid Goes West makes an interesting observation: Nearly everybody uses social media to lie about who they are. Taylor’s Instagram is beautiful and perfect, but it’s as selective in its truth as Ingrid’s newfound personality. Neither woman is the exception; they’re the rule. Ingrid just takes the lies to a dangerous extreme. Ingrid’s final post to Instagram—a video apologizing for her lies—is her most genuine performance. But even this facilitates the same falsity. As Ingrid recovers from a suicide attempt, her #IAmIngrid hashtag goes viral and confers new attention on her.

Though their relationship is flawed, it is the characters themselves, not the technology that connects them, that are responsible for their disconnect. Ingrid Goes West doesn’t condemn social media. Instead, it criticizes how we use these platforms to lie and intentionally curate our lives by positioning Ingrid’s lies against Taylor’s false social media life. In their final confrontation, Taylor tells Ingrid to stay away from her because she’s frightened by Ingrid’s stalking and lies while Ingrid reminds Taylor that her Instagram is a lie, too. The degree to which Ingrid lies to reimagine her own life is far greater, but they are both intentionally hiding the reality of their lives. 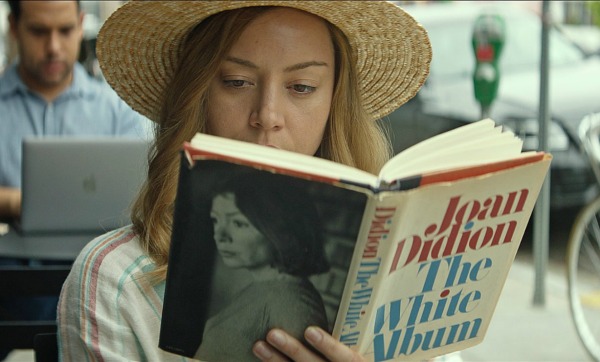 Earnest character work by Plaza, Olson, and O’Shea Jackson Jr., stylistically relevant visuals, and emphatic themes surpasses the script’s numerous pitfalls. When the film’s characters are pushed into darker territory, such as kidnapping, the dialogue isn’t dark enough or comedic enough to have impact. Similarly, Ingrid Goes West never decidedly deals with Ingrid’s mental illness. It’s implied that mental illness is the root cause of Ingrid’s behavior when she’s housed in a mental health facility, but the movie relies on the symptoms of mental illness to push forward the narrative without ever discussing or naming Ingrid’s illness.

In the end, Ingrid Goes West tries to sell audiences a narrative on the performative nature of social media, but the critique is toothless because the ending is cliché and dismissive. Ultimately, the movie’s fun and at times very clever, but not as perfect as it would like us to believe. 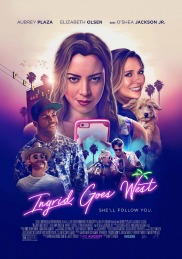 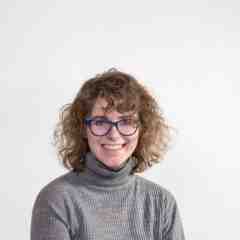 Emma is a recent graduate of Oberlin College, where she studied film, religion, and gender studies. Emma is in the process of moving from Ohio, of which she’s a life long native, to Los Angeles, where she plans to work in film production and write about media and pop culture criticism. She enjoys spending time with dogs, going to libraries, and cheesy superhero movies.

Relevant: Does Kinkphobia Color Criticism of "Fifty Shades of Grey"?

After nearly three years of writing about kink, feminism, and pop culture, I’m so tired of talking about a certain...