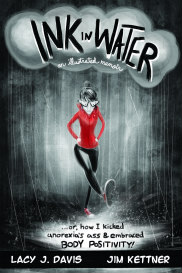 Lacy J. Davis has become one of the biggest names in body-positive fitness. She runs the highly successful blog Super Strength Health; co-owns Liberation Barbell, a body-positive gym in Portland, Oregon; hosts the Flex Your Heart Radio podcast; and is now a memoirist. Ink In Water: An Illustrated Memoir (Or, How I Kicked Anorexia’s Ass and Embraced Body Positivity), which Davis cocreated with her illustrator husband, Jim Kettner, provides a deeply moving account of her struggle with anorexia, bulimia, and exercise addiction, told with the assistance of Kettner’s compelling illustrations.

Davis’s story is engaging because she describes the painful juxtaposition of being a self-identified queer, punk feminist who was also actively trying to shrink herself. She had the analysis. She knew that “society’s beauty standards were shit!” But on a deeper level, despite shelves full of Bikini Kill records and feminist literature, she had internalized a belief that her body was too big. A terrible breakup triggered that thought, and then catapulted her into a full-blown disorder.

Kettner’s images provide us with a pictorial landscape of the brain working through body dysmorphia and dieting. We walk with Davis, in pictures and writing, through the hardest years of her life, ones that include the death of a close friend and the devastating progression of her eating disorder. We witness her complicated relationship with Overeaters Anonymous (OA), which asks members to admit their powerlessness over their disease. But Davis didn’t feel powerless; in fact, as a feminist, she knew that feeling powerful was probably the only thing that would get her out of her disordered behavior. Ultimately, she was right.

After pages of haunting images and vulnerable insight into her head, Ink In Water has a happy ending—but it makes clear that recovery is a lifelong process. Davis beautifully explains her ability to keep choosing recovery as a result of her punk roots, lifting heavy weights, and entering the blogosphere. Although her story is unique in its relationship to feminism, queerness, and punk, the major themes are universal, and the memoir will surely be powerful for those in any stage of recovery, and also for anyone trying to support a loved one through recovery.

Her story is both heartbreaking and triumphant, but more than anything, it’s relatable. And for feminists who have gone through life feeling ashamed to talk about their complicated relationships with their bodies, it will be a gift. 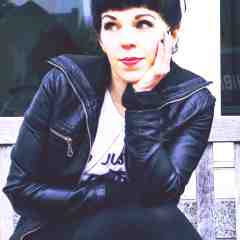 Raechel Anne Jolie is a writer, educator, and co-host of the Feminist Killjoys, PhD podcast. She holds a PhD in Critical Media Studies with a minor in Feminist/Critical Sexuality Studies. She’s also a part-time yoga instructor and a full-time cat mom. She believes unwaveringly in the power of astrology and organized struggle.

Relevant: In Her Memoir, Diane Guerrero Showcases the Struggles and Resilience of An Undocumented Family 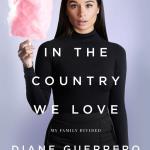 by Roberta Nin Feliz
"Orange is the New Black" star Diane Guerrero opens up about her family in her memoir "In the Country We Love."