No Foes, Real Friends“Insecure” Has a Love-Hate Relationship with the Classic Marriage Plot 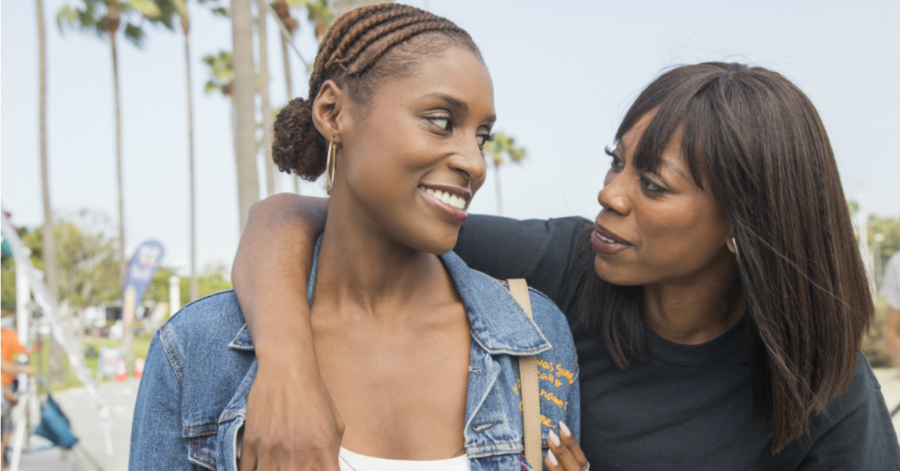 The third season of HBO’s Insecure closed on a scene that found 30-year-old Issa Dee (Issa Rae) taking small steps to come into her own. She pours herself a glass of wine, surveys the apartment she’s just finished decorating, takes a deep breath, and finally, exhales. As the episode ends, Victoria Monet croons in the background, “Now that I’ve got my shit figured out, no one else could ever stop me now.” The scene is supposed to convey Issa’s triumph over financial and romantic anxieties, but the marriage plot—a narrative the show has repeatedly fought against—still lingers.

The marriage plot, popularized by Jane Austen, George Eliot, and other 19th-century writers, presents a proper courtship and resultant wedding as the solution to any woman’s economic and social instability. Instability is a familiar theme for Issa and her best friend Molly Carter (Yvonne Orji), both of whom have struggled to secure professional and romantic success. By the third season’s finale, Issa is cobbling together a salary from managing the apartment building where she lives and driving for Lyft while she awaits news about a nonprofit gig. Molly, meanwhile, has alienated her colleagues at the all-Black law firm where she’s trying to make partner.

Both women have flamed out with various love interests, so Issa choosing self-fulfillment over hitching her happiness to her latest man is framed as a firm rejection of the marriage plot. But this step forward doesn’t really land—in part because it’s not the first time the show has asked us to applaud her for making this same choice. In Insecure’s first two seasons, Issa’s paired with two men who limit her personal growth. Lawrence (Jay R. Ellis), her live-in college boyfriend, is half-heartedly building an app while Issa covers their bills. As their relationship stagnates, Issa sleeps with a high-school friend, Daniel (Y’lan Noel), and Lawrence decides to move out.

A dream sequence in the second-season finale shows Issa imagining, and then mourning, the future she thought she’d have with Lawrence. It seemed to close the door on their relationship, and opened possibilities for Issa—until Lawrence unexpectedly shows up midway through the third season, which shifts the narrative from Issa’s new life to another round of will-they-won’t-they that traps both characters.

Aspiring music producer Daniel initially seems like a good partner for Issa until—as Angelica Jade Bastién notes in Vulture—he turns passive-aggressive and dishonest, conveniently discounting himself as a romantic interest to pave the way for Lawrence’s return. And once again, Issa rejects a deadbeat whose romantic potential she previously clung to. Then comes Nathan (Kendrick Sampson), who emerges from a brief Lyft encounter to become a dream-like boyfriend. He romances Issa at Coachella (where they have picturesque sex on a Ferris wheel) and cheers her on as she plans a block party for South Los Angeles.

It’s this encouragement that Issa craves most, so when Nathan ghosts—possibly due to a bout of depression—Issa complains to Molly that his previous support “had me thinking I could do [the block party] tomorrow.” For a third time, Issa must let go of the pipe dream validated in the traditional marriage plot—that a man will launch her into an idealized adulthood. The repetition of this cycle feels tedious because it prioritizes the lure of romantic fantasies over the ups-and-downs of substantive relationships. Lawrence symbolizes the ex who finally gets his shit together after a breakup and just might come crawling back; Daniel is the long-time friend who carries potential for something more, if only he and Issa can get the timing right; and Nathan is the handsome stranger who swoops in to complete Issa’s life.

All three romantic archetypes are worth probing and challenging, but the execution of their plot points—the jarring disqualifications of one man against another—become a pile of identical warnings. In a time when there are more single adults in America than ever before, it’s depressing to see Insecure suggest that Issa requires this much contrived romantic failure to justify her realization that a man won’t “fix” her life.

Elsewhere, Insecure’s focus on the friendship between Issa and Molly offers its best alternative to the marriage plot. As with so many of fiction’s iconic soulmates, their union feeds on the tension between their defining flaws—akin to Darcy’s stoic honor clashing with Elizabeth Bennet’s effusive self-righteousness in Pride and Prejudice; frivolous Emma Woodhouse butting heads with self-serious Knightley in Emma, as Cher (Alicia Silverstone) does with Josh (Paul Rudd) in the modern-day adaptation, Clueless; and headstrong Monica (Sanaa Lathan) challenging arrogant Quincy (Omar Epps) in Love and Basketball. 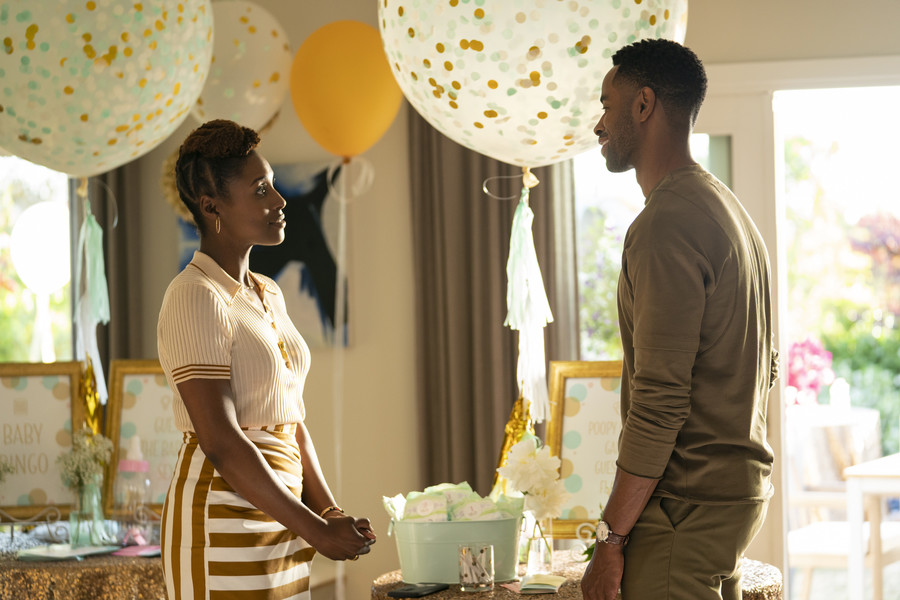 At its best, Insecure transfers that chemistry away from traditional romance and onto the bond between its two female leads. Issa and Molly routinely offer each other the kind of support Issa wants from Nathan, and push each other to improve their respective shortcomings. Passivity has always been Issa’s biggest flaw: She simmered in a stale relationship until she felt compelled to cheat; spent five years working at a nonprofit that she resented; and ditches the block party once the planning becomes too difficult. She struggles to listen to her intuition, or, as she conveys to Lawrence in the season finale, “I’m just trying to make good choices.” Molly has the opposite problem, navigating the self-induced illusion that all of her decisions are good.

When she runs into Jered (Langston Kerman), an ex-boyfriend she dumped after learning that he’s been intimate with a man, she mistakes his brother for his boyfriend, and tells herself “my instincts were right” to assume Jered exclusively liked men. She soon learns that he has a new girlfriend. When Molly’s bullish takeover of a project at work lands her the lead role on a big case, she again defends her instincts, only to be later ostracized by her coworkers for her winner-take-all approach.

While Issa can barely make decisions, Molly digs her heels in on the worst ones. This contrast gives the pair a yin-and-yang quality, and fuels crucial conversations—and even disputes—that are rooted in honesty and the promise of growth. In the season finale, Molly astutely—if presumptuously—chases Nathan away so that Issa doesn’t spend her 30th birthday dithering, per usual, over a man. In that same episode, Issa chides Molly for being so negative and warns, correctly, that her attitude will eventually damage her reputation at work.

And yet throughout the third season, this core relationship loses screen time to unnecessary scenes that center the men around them. Why do we see Lawrence chatting with his father about marriage when there’s been no follow-up on Molly’s devastating discovery that her dad cheated on her mom? Why do we see Issa counseling Daniel as he struggles to sell his beats, yet Molly says nothing when Issa drops the block party? In a roundtable discussion about the finale for HBO, Issa Rae says this was a “set-up season,” and the next one will reveal more about Lawrence’s relationship with Issa, and may explore Molly and Issa dating two roommates, one of whom is Nathan.

That’s a worrying sign that the fourth season will continue obsessing over whether Issa’s exes are right for her instead of digging more into the complexities of the Molly-and-Issa friendship plot—and the ways both women are growing into adulthood, together and distinctly unmarried.

On Becoming a Fraud in Central Florida

Elena Gooray is a writer and editor, mostly covering health and culture.