"The Intern" Should Be Called "Lean In: The Movie" | Bitch Media

“The Intern” Should Be Called “Lean In: The Movie” 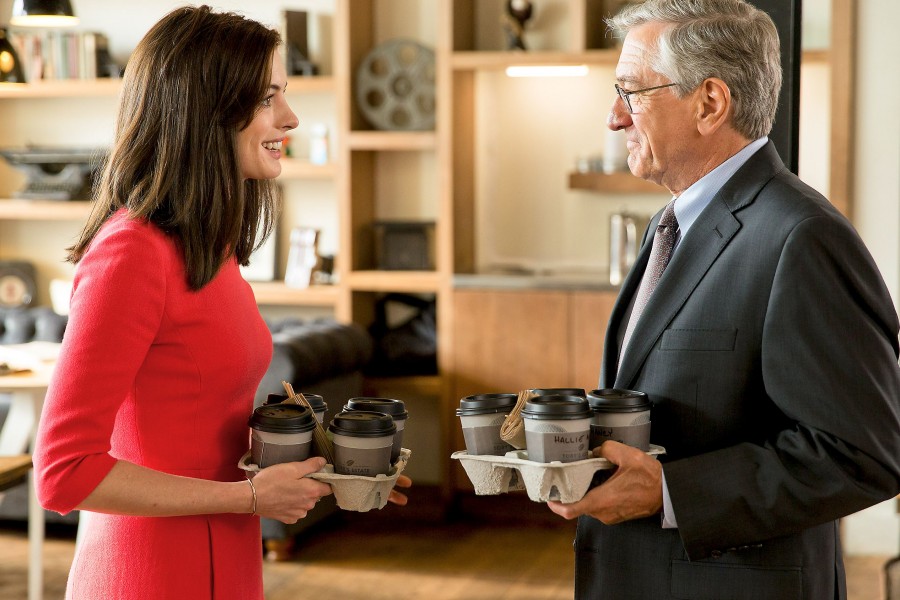 Director Nancy Meyers’ film The Intern was the second-highest-grossing film of the weekend. After watching the film myself, I can see why: At the screening I attended, many audience members were laughing throughout the movie and burst into applause at the end. The movie has received overwhelmingly positive reviews from The Washington Post, The L.A. Times, and Entertainment Weekly, all of which praise the feminist analysis of women in the workforce. Clearly, The Intern taps into something audiences and critics like. The film is built around a certain kind of corporate feminism, one that hits popular “you go girl” notes but is still steeped in traditional constructions of gender. Altogether, The Intern feels like a film version of Lean In, a tale of women getting ahead and smashing the glass ceiling by acting more like men.

The Intern centers on Jules Ostin (Anne Hathaway), the founder and CEO of a Brooklyn-based online clothing start-up called About the Fit. Jules is a successful, tough businesswoman who insists on doing everything herself.  As a result, she rarely stops to sleep or take care of herself during her quest to “have it all.” After building About the Fit from the ground-up for the last two years, Jules is experiencing pressure from investors to bring in a seasoned CEO to keep up with the company’s growth. When the idea is proposed to her in a glass-walled conference room, Jules starts to cry, asking why she isn’t good enough and reluctantly promising to think about meeting with a few potential CEOs (who, by the way, all turn out to be dudes).

Enter Ben Whittaker (Robert De Niro), a 70-year-old retired widower who has joined the company’s senior citizen internship program. The bulk of the film’s jokes rely on the generational gap between Ben and his co-workers: Ben worked for a phone book company for decades—an obsolete product in the age of smartphones—and he comes to work sporting a full suit and briefcase. He’s an old-fashioned archetype and represents everything good and chivalrous about “what masculinity used to be.” 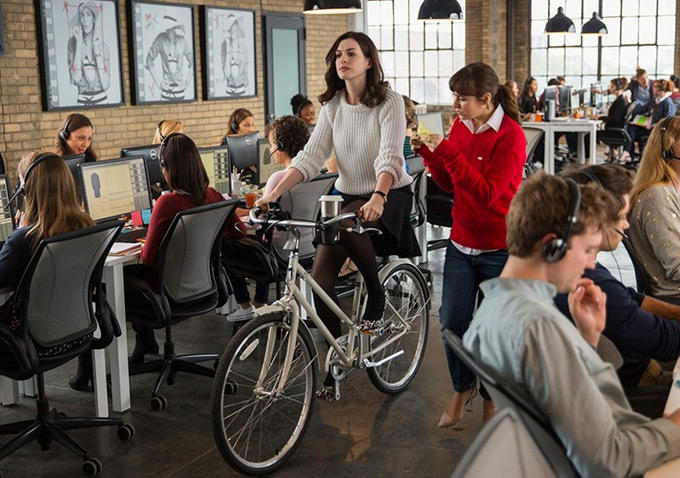 I did appreciate the film’s parody of today’s tech culture: About the Fit’s headquarters is in a refurnished warehouse in Brooklyn, the open space filled with rows of Mac computers, beer fridges, an in-house masseuse, and a bunch of twenty-somethings in Converse. Jules even rides a retro bicycle through the office on her way to her next meeting. Within that, there’s some commentary about the challenges facing women in tech. The film’s characters directly judge Jules’ commitment to both her company and her family. In one scene, a group of moms at her daughter’s school tells Jules that she can just buy the guacamole for the upcoming school event, because she “probably won’t have time to make it.” Jules responds to this by saying that she can, in fact, make it herself. “It’s 2015, are we really still judgmental of working moms?” she says, before walking away and getting into her chauffeured SUV.

That being said, there were plenty of moments that set this film and its message back about fifty years. Jules’ husband—who quit his job in marketing to stay at home so Jules could launch her company—makes a comment about their daughter’s friend being bipolar, leading to young Paige repeating it back to Jules within earshot of the other little girl. Turns out, in 2015, we’re still judgmental of working moms and we still think it’s ok to use mental illness as a way to insult a seven-year-old. Furthermore, there seemed to be a lot of value placed on male approval, something Jules spent the entire film searching for, and ultimately finding in her intern. Jules values Ben’s approval and opinion over all else—after all, he is the last good, chivalrous guy on Earth. Together, they roll their eyes at the young men in Jules’ office who don’t follow the rules of traditional masculinity. “How in one generation have men gone from Jack Nicholson and Harrison Ford, to…” Jules asks, trailing off as she eyes the employees in their hoodies and fitted tees. Jules seems to think that everyone else pales in comparison to the man who still always makes sure to carry a handkerchief in his pocket because, and I quote, “women cry” and he never knows when they’ll need to dab their tears. 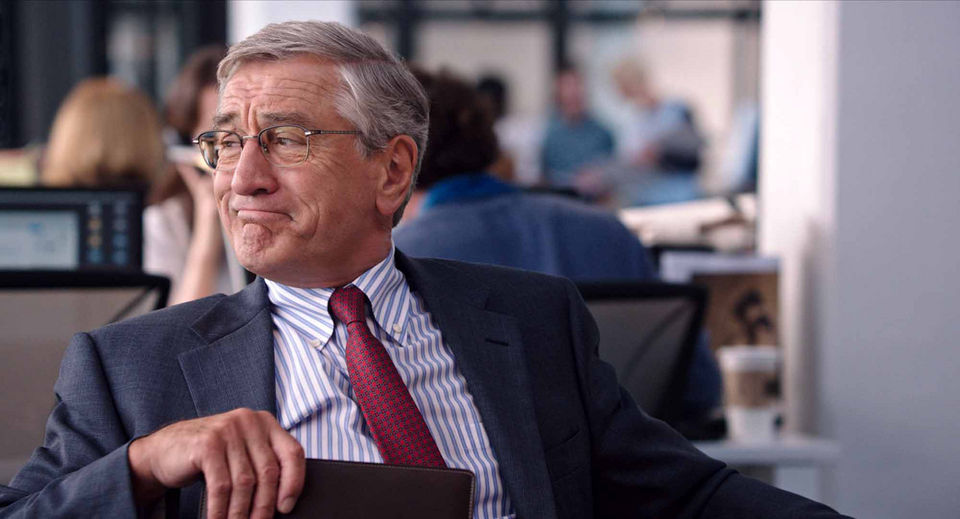 The philosophy of “leaning in” and “being one of the guys” is common. But what do we lose when the only way to be successful is with the permission and validation of men? I am reminded of an article in the Harvard Business Review from this past July titled, “To Hold Women Back, Keep Treating Them Like Men,” which argues that equating men and women served its purpose in the past, but that it’s time for companies to mature to a level that recognizes and celebrates difference.

Oh, and did I mention there wasn’t a single person of color with a speaking role? If I wanted to listen to a bunch of white people talk for two hours, I’d just watch the GOP Presidential debate. Zing.