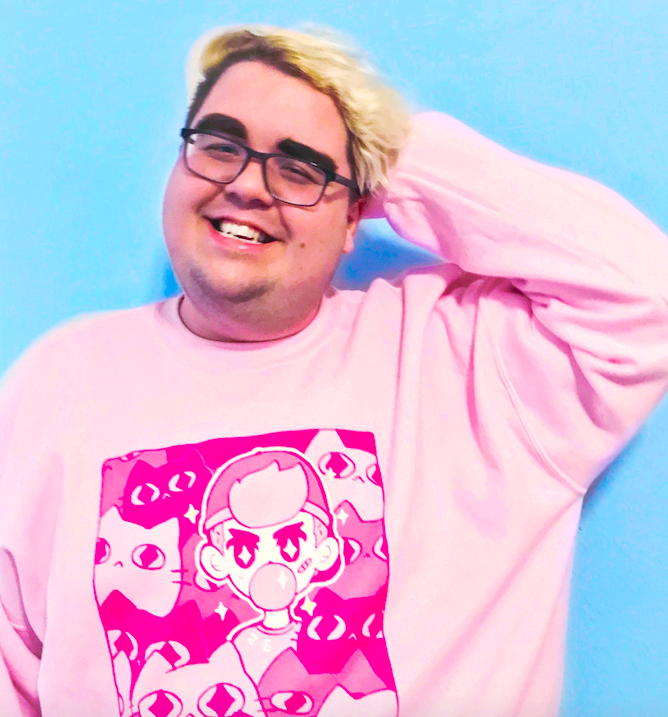 In many ways, young-adult novels about LGBTQ+ characters have just started becoming full enough to be considered a world in their own right. Platforms like YA Pride (previously called The Gay YA) highlight queer YA books; entire Twitter and Instagram accounts highlight the work of both new and established queer authors; libraries and bookstores craft collections to specifically showcase these books (and not just for Pride Month). But while cis queer characters remain at the forefront, we continue to see little to no representation of trans and nonbinary characters. Mason Deaver seeks to change that with their debut novel I Wish You All the Best, released in May, which tells the story of a nonbinary highschooler who, upon coming out to their parents, is kicked out of their house. They move in with their sister, starting a new life at a new school, and begin a friendship with someone who just might love them for who they really are.

Continuing to diversify what queer young adult fiction looks like is, for the most part, the responsibility of those who work in publishing. Agents, editors, and everyone in-between and need to actively prioritize these books and those who are writing the. With Gen-Z overwhelmingly identifying as something other than straight, and 35 percent of Gen-Z stating that they know someone who uses gender-neutral pronouns, it’s important that those who are likely to seek out queer books can find them.

It’s also on readers not only to support queer YA, but to sit with and seek to understand these books in a real way, something Deaver has tweeted incessantly about. I spoke with them about the response to I Wish You All the Best, its nonbinary main character, Ben, and what they most wish readers would take from the story.

I never really expected the book to take off in the way that it did. It’s just been amazing. I get messages and DMs every day from readers who tell me how much the book means to them.

Authors from marginalized communities talk a lot about how difficult it can be to find space for themselves  within the publishing industry, which has historically catered to stories from and by white, cis, straight people. What was your experience publishing this book?

I have actually been very fortunate…mostly because I found people who understood the story, understood where it was coming from, and [understood] what I wanted to do with it. I found my agent Lauren [Abramo] and then my editor Jeffrey [West], and they [have] been such a supportive team who trust what I’m trying to do, and trust that I know my own experience as someone who is nonbinary.

You tweeted that you’ve been frustrated by readers who use he/him pronouns when referring to Ben. You’ve also noted that Ben and Nathan are on lists of books about gay men. Tell me more about that frustration.

It’s been difficult sometimes, especially recently, because for some reason, [people] can read the whole book and the author bio and not realize that [I] or Ben only use they/them pronouns. That’s been a very frustrating thing to get used to.

It’s frustrating, in a way, because I don’t want to feel like I failed. [These pronouns] really aren’t anything new, but can take a little bit of effort and time for people to get used to—and sometimes I feel like people don’t want to put in that effort or time. I never want to tell readers what to take away from any book, especially my own. But I do wonder: What happened? What didn’t click? 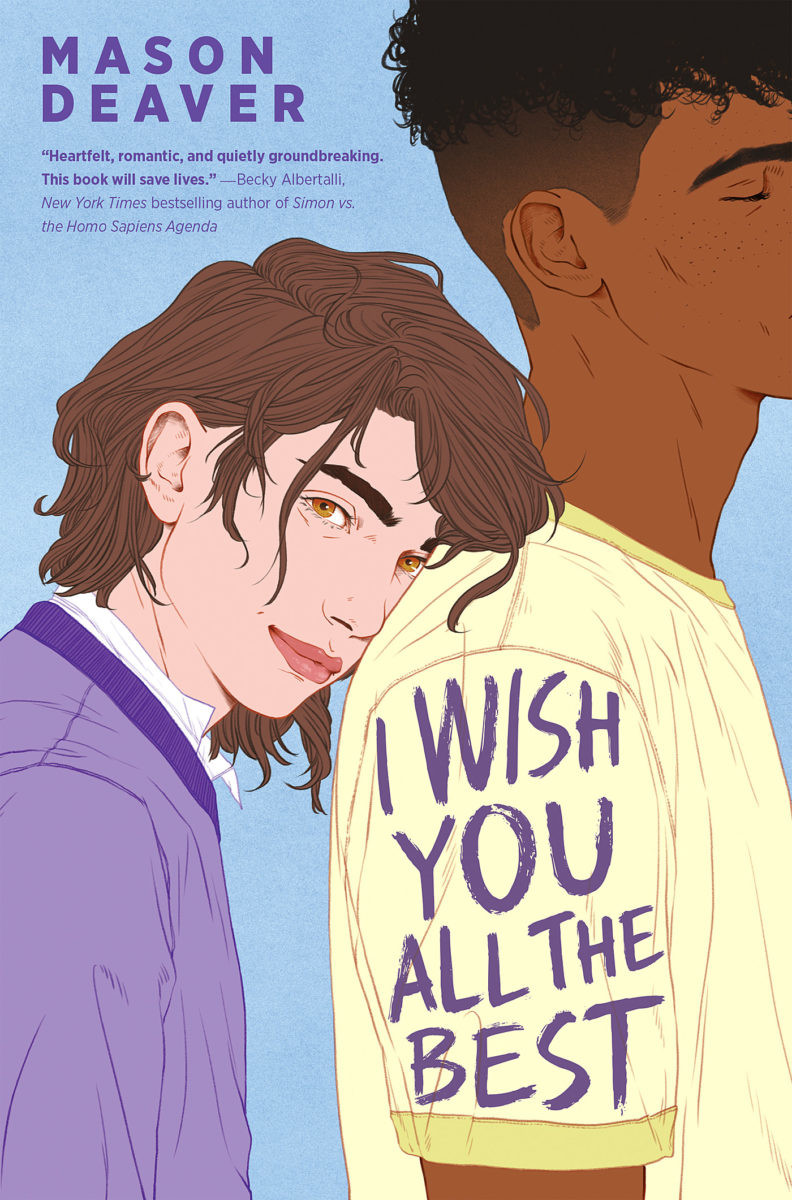 I Wish You All the Best by Mason Deaver (Photo credit: Push)

I Wish You All the Best is going to introduce some readers to a nonbinary character for the first time. What are other books you’d recommend to cis people who want to read more about nonbinary people?

I wish that there was an easy answer, [but] I wrote the book [because] response there’s just a complete lack of books about nonbinary characters by nonbinary authors. If I Was Your Girl by Meredith Russo is an excellent novel, [though] it’s about a trans girl [not] a nonbinary character.. Girl Made of Stars by Ashley Herring Blake is the first book that I’ve read—and I just read it this year—[with]  a nonbinary side character [who was] actually [well done], which is really sad.

I’m trying to think if there are any nonfiction books that I’ve read. Again, this one’s not strictly about being nonbinary, but I read When Brooklyn Was Queer [by Hugh Ryan] recently, and [it’s] an amazing book [about] trans identities in Brooklyn. It was a very eye-opening read.

If your book is someone’s first step into understanding and empathizing with nonbinary people, what next steps should  they take to continue deepening their understanding?

Self-education can be the most important thing, mostly because you don’t want to ask [nonbinary] people to educate you. That’s a lot of emotional labor; it’s not fair to the person or the community. [You should] take your own initiative into looking into nonbinary identities [and] reading other books by or about nonbinary authors. Again, [there’s] not a lot to pick from, but you can still find them if you look hard enough.

[ It’s important to] take a look at yourself and how you may contribute to this binary idea. I even find myself doing it a lot. Over the last year, I have trained myself to only use “they” for people whose gender I don’t know..A lot of social functions can go a long way.

How are you feeling now that Ben’s story is out in the world?

Going from having a book coming out to actually having a book on the shelves [is a] totally different ballpark. Anyone can buy my book. We’ve only sold in the United States and Canada, and a Spanish translation is coming. But I have seen readers post pictures from Malaysia, India, the United Kingdom. It’s a very weird, very cool, [and] also very scary thing.

As a queer person who also lives in North Carolina and is aware of the specific issues the state has with supporting queer and trans people, I’m really interested in the role that place played in this story. Why did you decide to situate the story here?

North Carolina is [where] I grew up. Originally, the book was set in a fictional town because I wanted to have a city that was beside the ocean. My editor [said], “This is good, but there’s some things that geographically don’t make sense.” I just asked him, Wouldn’t it be better if I set it in a real place?”

I had to change settings. The walk that Ben and Nathan take after they watch the movie in the park was originally set with them standing near the ocean. I had to change that because Raleigh is nowhere near an ocean. [Laughs.] I made that decision and [Setting the book] in Raleigh, I’ve realized the importance [of setting] a mostly happy queer book here.

The South is not exactly [queer-friendly]. No [place] is 100 percent friendly toward queer people, but especially the South, [so] I thought it could be a really good thing to set [the book] here. I recently had an event with Becky Albertalli in Asheville, [North Carolina], and we were asked about the importance of setting a book in the South. It’s important for queer teens that live here, even just queer [people] in general, to know that it isn’t all bad. There are definitely good spots and good places that you can go, that you can be. You’re not alone here.

You’re tweeting a bunch. You seem to be teasing about some things that are coming. So, what’s your next move? What should we keep an eye out for?

We just announced my second book. It’s not a sequel. For me, Ben and Nathan’s story is done. The Ghosts We Keep [is] about a nonbinary teenager, [Liam], who’s still in the closet, mostly because they’re trying to figure things out on their own terms. They’re also dealing with a strong crush on their best friend, Joel, that they’re hoping is reciprocated. While all this is happening, Liam’s brother is killed in a car accident that was caused by another student. From there, things sort of spiral.

I have [a few] other things that I am working on. I’m trying to write a middle-grade novel, and then I have a few other young-adult ideas in the works. Hopefully, we can sell those and make them real.

Read this Next: Inventing Adulthood 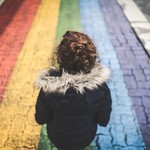 by Sara Youngblood Gregory
What does it mean to come of age as a 20-something queer person with no money, no resources, and no illusions about respectability?