May Hong on Bringing a Queer, Asian American Lens to “Tales of the City” 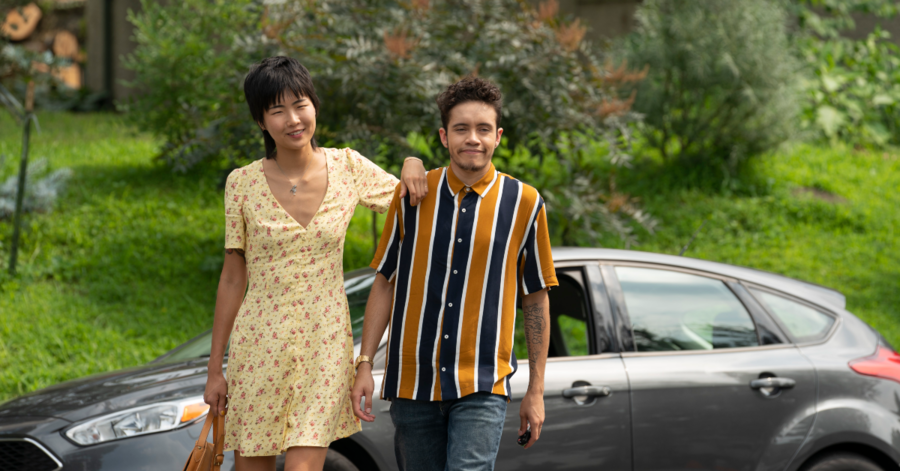 May Hong (left) as Margot and Garcia as Jake in Netflix's Tales of the City (Photo credit: Alison Cohen Rosa/Netflix)

In honor of Pride Month 2019, Netflix revived Tales of the City. Armistead Maupin’s original series of novels chronicling the lives of an LGBTQ community in San Francisco were published from 1978 to 2014, and made into a TV miniseries in 1993, as well as later series in 1998 and 2001. The Netflix revival kicks off with significant changes, especially to the demographic of the cast. We’re back in San Francisco, and key players Anna Madrigal (Olympia Dukakis) and Mary Ann Singleton (Laura Linney) have reunited once again, but this time around there’s a more diverse group of neighbors joining them at the now-iconic address 28 Barbary Lane.

Despite the gender and sexual diversity of the protagonists in the original series, racial diversity was lacking (both Anna Madrigal and Mary Ann Singleton are white)—all of the characters of color in Netflix’s Tales of the City are new additions to the original cast, with Charlie Barnett (Russian Doll) as Ben Marshall, nonbinary actor Garcia as Jake Rodriguez, and Ashley Park and Christopher Larkin as siblings Ani and Jonathan Raven Winter, respectively. One of the most notable is break-out actor May Hong, who plays Margot, an Asian American lesbian in a relationship with Jake, a Latinx trans man.

The multifaceted Hong has modeled for New York Fashion Week and Vogue, appeared in HBO’s High Maintenance and NBC’s New Amsterdam, and taken up visual art. She joined me to discuss the importance of accurate representation of Asian queer people, the value of characters who debunk racist stereotypes, and the real-life politics that shape Tales of the City—including that confrontational dinner-party scene.

In Tales of the City, you play Margot, a brave and thoughtful character who refuses to apologize for her queerness but finds her identity as a lesbian called into question when her partner transitions. How do you identify with Margot? Were there any particular moments that aligned with your experiences?

Margot is definitely another version of [me]. Sometimes things bled together so much that I started to feel like I was just fully her, [rather than just playing her]. I was actually given quite a lot of freedom in terms of choosing her outfits, and even ended up wearing some of my own clothing for some of the scenes. That started to really blur the lines.

Tales of the City is notable in that so many of the queer characters are played by queer actors. I imagine that at times it could be difficult to portray difficult conversations and experiences—logically you know you’re playing a character, but at times things may feel a little close to home. How did you navigate that?

Taking care of my mental health was a huge part of my journey. I think that community and general lifestyle changes are important, but none of that can be fully achieved or reflected upon without taking the time to catch up with yourself. I’m an avid supporter of talk therapy, and I think everyone should consider it. A lot of us come from cultures in which focusing on mental health is not exactly the norm, and possibly even seen as frivolous. I want to take this space to remind everyone that the bravest thing you can do is ask for help. I am still learning every day. Everyone is obsessed with self-care lately, and while a bath and a face mask are wonderful, we need to be mindful of the difference between self-care and indulgence. I believe that true self-love is doing the hard work of understanding more about yourself so that you can bring your best self to the rest of the world.

Often when we see Asian American women onscreen, they’re hypersexualized and fetishized, but Margot felt fully fleshed out and developed as a sexually liberated, compassionate individual. Why do you think she’s significant, especially in comparison to other queer characters we’ve seen on the screen?

It’s extremely rare to see Gaysians on screen! I’m so honored to be part of something that [offers] an accurate depiction of not just San Francisco, but the world. I personally felt that the most beautiful and important part about Margot is that she is defined by a multitude of things around her. I was thrilled to see that an Asian American character was specifically written into the show to be a complex and compassionate person [who is] part of a loving chosen family. I felt that in this revival of Tales of the City after a decades-long hiatus, the most important message was that everyone is loved and accepted for who they are, right now, right here. 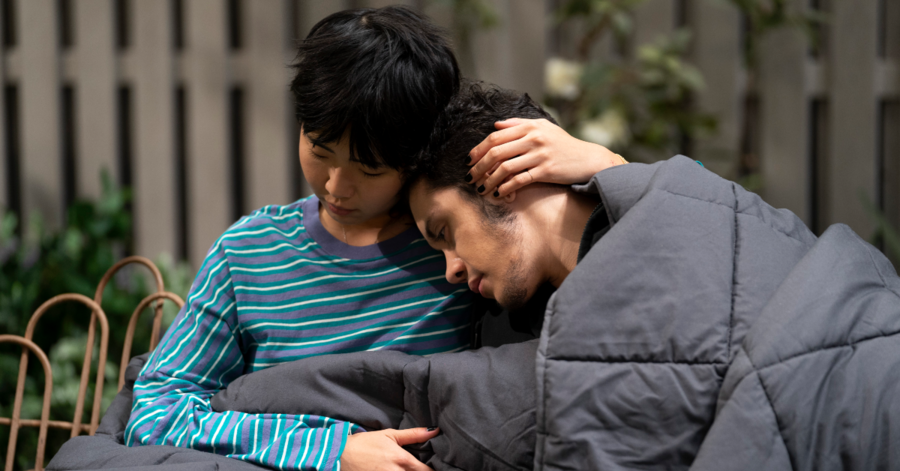 May Hong (left) as Margot and Garcia as Jake in Tales of the City (Photo credit: Alison Cohen Rosa/Netflix)

Margot’s role in Body Politic, the show’s queer, burlesque bar, was a highlight for me as a viewer. She is very much in her element in each of the scenes, at one point taking to the stage to the cheers of her community and friends. How was it for you to play these scenes, especially given the complexity of the discourse surrounding burlesque?

That [particular] scene was hilarious for me. I prepared for it with the incredible choreographer Celia Rowlson-Hall. I am not a dancer, if that wasn’t painfully clear. Watching it afterward really made me cringe! But I recently received a message from someone thanking me for that scene in particular, and they said they loved how beautiful and “naive” it was, and that definitely allowed me to reframe it. I did feel naive, I did feel that I was learning publicly, but I also [felt] beautiful.

Throughout the series, especially at Body Politic, there’s a thread about whether or not something like burlesque can be feminist. We see this most from Mary Ann, who often comes across as one of the most naive characters on the show. What would you say to viewers who still struggle to understand the impact of places like Body Politic, especially for marginalized and queer people?

I think we all need to take a breath and think about what works for us. We all decide who we are and what we need to feel free. I don’t actually see Mary Ann’s perspective as inherently antifeminist. It’s so much more personal than an argument about the [different] waves of feminism, and everyone should do what they want as privately or publicly as they need to. Do whatever it takes to harmonize your mind with your body.

Let’s talk about Jake and Margot’s relationship. It’s a complex one, especially given the current conversations surrounding trans rights and some lesbians feeling pushed out of the LGBTQ community. How do you feel that the show navigated this complicated topic?

This is a story that hasn’t ever been told onscreen at this scale, and I would be lying if I said I wasn’t extremely nervous. Margot and Jake’s relationship is so nuanced, and there is no right or wrong answer—just the truth, as Anna Madrigal famously says. As we worked through their growing pains throughout the season, I found myself zooming out rather than zooming in. It’s actually just a universal story of changes taking place in a relationship that push the characters to examine their priorities. Despite [it], Margot and Jake truly do love and care for one another, and I definitely feel that the way they redefine their relationship is seen more in the LGBTQ+ community than in heteronormative [ones]. It’s beautiful to see them prioritize themselves, and then to prioritize their community afterward, rather than disconnecting and moving on.

In a very intentional way, Tales of the City really speaks to the people of this generation. The show doesn’t seem interested in portraying one kind of queerness as the “right” one, but instead simply presents conversations about how different queer communities are defined now as opposed to 10 or 20 or 50 years ago. The scene that comes to mind is the dinner party.

The intergenerational scenes in the show, particularly that dinner-party scene in episode 4, gave me chills when I read them. [They] raise the awareness of all those who came before us and paved the way for a show like Tales of the City to even exist. The 50th anniversary of Stonewall is significant, but it’s also not the single defining moment of the movement. It feels to me that we all need to be reminded of the strength and persistence of multitudes of people, and I think Tales gives everyone an opportunity to step into the shoes of queer people in all [aspects] of life, past and present.

Read this Next: Beyond Martyrdom 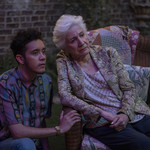 by Annette Covrigaru
The flawed history of our queer ancestors serves as a portal to the past.
by Marj Ostani
View profile »

In “Batwoman,” Lesbians and Queer Women Are Complicated—and Brave

The Best Queer TV Episodes of 2019