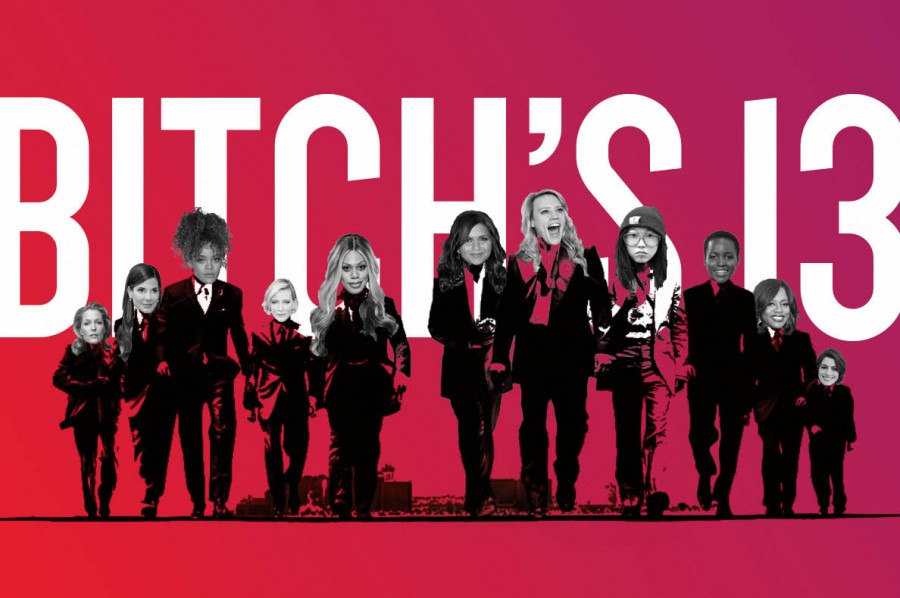 When the cast of Ocean’s Eight, the all-female Ocean’s Eleven reboot, was announced, there was a lot of excitement here at Bitch HQ. On my part, I’ll admit that it was mostly because of Rihanna. But then, we wondered aloud, “What, they couldn’t think of three more women to make it the full Ocean’s Eleven?”

Maybe the producers of Ocean’s Eight are afraid of what we’re calling the Manbaby Bump: “A group of angry, internet-dwelling dudes, who made up in aggrieved outrage what they lacked in numbers, protested the film on the grounds that it was ‘feminazi propaganda’ Trojan Horsed into the nation’s multiplexes to unleash its wrath on unsuspecting filmgoers who just wanted to see things go boom.” Maybe they don’t know about #SquadGoals and the recent popularity of girl gangs. Maybe they don’t want to see the women of Ocean’s Eight take all the cash and burn the world down like we do.

The cast of Ocean’s Eight is a great start, but we want more.

So we posed the question to Bitch readers: Who would you add to the existing Ocean’s Eight to cast the ultimate heist crew, Bitch’s 13? (It’s Bitch’s 13 since 13 is the biggest crew in the current Ocean’s universe and also because we wanted to fit in as many badass women as we could.)

In less than a week, we received more than 100 inspired suggestions and almost 1,000 votes from Bitch readers (Wow!). Now we’re ready to reveal the Bitch community’s ultimate girl gang:

The filmmakers behind Ocean’s Eight might argue, as Hollywood often does, that market forces preclude them from making a film like Bitch’s 13 with 13 roles for women. It’s easy to shut that argument down: While films with women in lead roles are consistently afforded smaller budgets than their male counterparts, they consistently generate higher returnes depite fewer resources. Female-driven movies make money.

As for the argument that it’s hard to find great actresses, Bitch’s 13 showed us—if there was any doubt—that it actually isn’t.