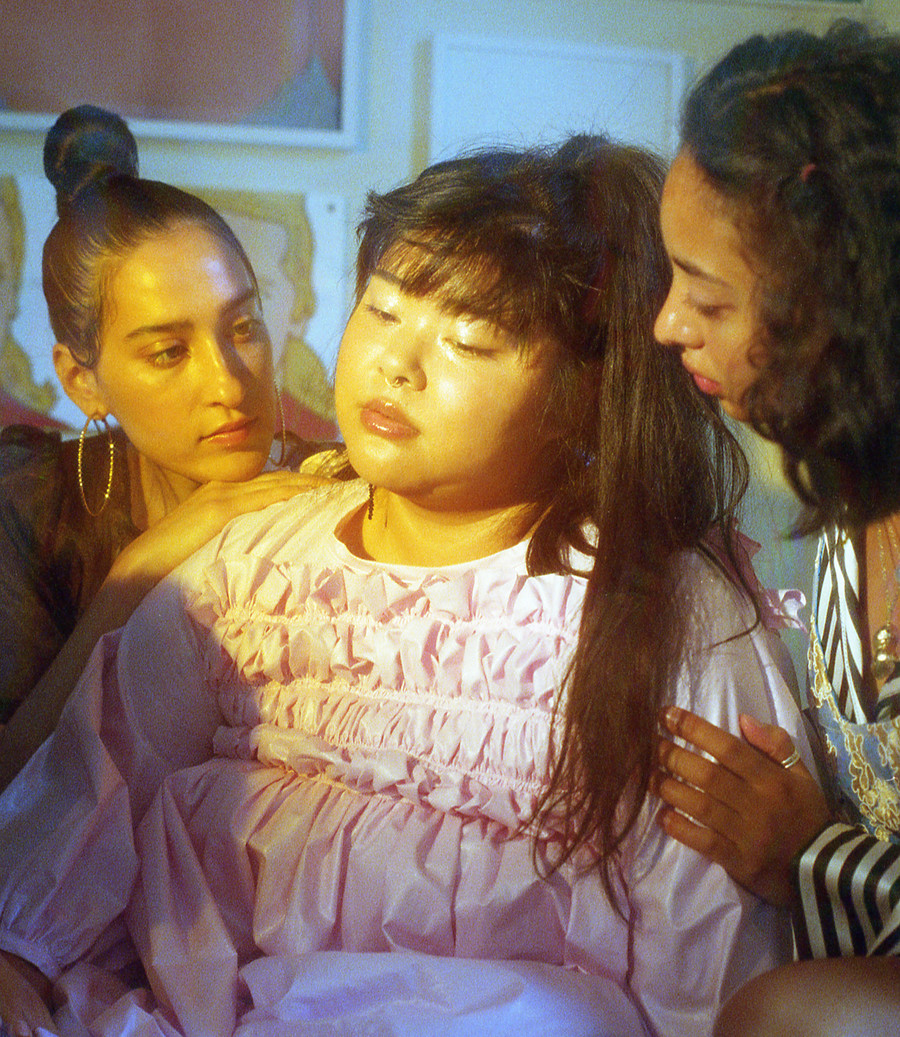 In early March, the NPR podcast Invisibilia released an episode titled “The Fifth Vital Sign,” which described a brutal, experimental treatment for people with a rare pain disorder called Amplified Musculoskeletal Pain Syndrome (AMPS), and the internet promptly erupted with horror. The story followed a 16-year-old competitive dancer named Devyn, who one night began experiencing terrible pain that quickly became so debilitating that she couldn’t leave her house. Devyn wasn’t alone: Invisibilia producer and cohost Alix Spiegel found that many other teens were suffering from equally sudden, equally mysterious pain. “The Fifth Vital Sign” laid out the relatively recent medical reframing of pain as a vital sign; more significantly, it explored a controversial therapy based on the idea that simply focusing on pain makes it worse.

Devyn was put through a grueling regimen of exercises meant to deliberately expose her to constant pain while never referring to it as pain. This goal—to “retrain” the brains of teens like Devyn—and the recorded snippets of her therapy sparked accusations  of child abuse and ableism. NPR and the Invisibilia team released a statement apologizing to chronic-pain sufferers who objected to the episode’s narrative, writing, “Our intention was not to dismiss your suffering, but to highlight the complicated relationship between attention and pain and how our culture’s attitude towards pain has shifted over the past 50 years.” But there was a gaping hole in both the original story and Invisibilia’s apologetic statement: the significance of the fact that all of these pain patients were girls.

What the episode ended up revealing was that “our culture’s attitude towards pain” hasn’t shifted much with respect to gender. Indeed, “The Fifth Vital Sign” is a continuation of a centuries-old narrative in Anglo American culture about the moral value of pain and its meaning in human life. We know this as the “no pain, no gain” narrative, which asserts that there is intrinsic good in enduring pain stoically, so as not to give it power. This attitude is inextricably tied to gender, vilifying “feminine” ways of embodying pain (crying, fainting) and rewarding “masculine” embodiments (stoicism, fortitude) in men and women alike. The virtue of suffering in silence permeates sports, religion, media, and more, but “The Fifth Vital Sign” offered a shocking illustration of it. Among other things, listeners heard Devyn’s physical therapist deny her an inhaler for an asthma attack and fail to acknowledge that her nose is bleeding.

“The Fifth Vital Sign” points to the 1950s as a flashpoint of the grin-and-bear-it approach, though it originated at least 100 years before, in the Victorian age and amid drastic changes in religious thought, gender ideology, and economics. Understanding both the origins and the continued prevalence and power of this narrative is essential if we want to free ourselves from distorted attitudes toward our bodies and the pain they experience. The invention of the first modern anesthetics motivated Victorian thinkers to grapple with the meaning of pain in an entirely new way. The cultural history of pain is a complicated one, and scholars such as Elaine Scarry and Rachel Ablow have devoted their careers to untangling all its nuances, but one of its throughlines is that Anglo Americans have consistently defined pain’s moral meaning through gender.

Prior to the 19th century, Christian martyr stories cast pain as an access point to divine transcendence: Uncomplaining or even exultant reactions to torture signaled the martyr’s ultimate submission to God’s will. In the 19th-century Anglo world, this martyr ethos was paired with a new emphasis on the gender binary. Before the Victorians, many viewed biological sex as a kind of hierarchical spectrum with men at the top. Gender differences, in this view, amounted to an individual’s placement along that hierarchy. The Victorian era discarded this theory in favor of a binary model that cast women as completely different from men in mind and body, a stratification that mirrored the way scientists, politicians, and writers discursively “othered” nonwhites as the British empire colonized swaths of Asia and Africa. Total separation, rather than relationality, between the races and sexes justified white male supremacy. No longer placed in the same biological stratum as men, women were characterized as inherently weaker and more vulnerable than men, and thus less able to tolerate pain.

In contradistinction, Victorian ideals of masculinity emphasized intense physical and mental self-control, including controlling one’s reaction to pain. This masculine stoicism was not, as many mistakenly believe, about repressing emotion, but about mastering it. The Invisibilia producers identify this same goal as the endgame of “intensive interdisciplinary pain treatment.” The therapists putting Devyn through her excruciating paces want her “to be able to feel her feelings about the things that trouble her. Then they want her to just push on.” This entire ethic is based on the assumption that performing the right kind of emotion in response to pain will allow a person to overcome it, an assumption that Spiegel acknowledges is unsupported by scientific peer review. It is, however, supported by more than a century of gender ideology.

Images of idealized white women suffering and even dying—from typhoid, cholera, or simply “the vapors”—proliferated in Victorian culture because they reified the dominant gender and race ideology, and affirmed that the world was as it should be.

Myriad Victorian novels like 1857’s Tom Brown’s School Days by Thomas Hughes, depict the process of adolescent boys learning to embrace pain stoically through competitive sports and physical exercise. Conquering pain this way allowed a boy to “conquer[…] his own coward spirit” and thus “conquer[…] the whole outward world.” “Masculine” stoicism became a virtue that was conflated with personal and social effectiveness, with proof of that stoicism often taking the form of painful physical feats. (We can still see this in contemporary sports and fitness culture, where athletes are lauded for playing through injuries and illness, and everyday gym-goers wear slogans about pain being weakness leaving the body.) The contemptible inability to “walk it off” is still considered weak, soft, feminine.

“The Fifth Vital Sign” unwittingly reproduces this narrative, depicting Devyn and her cohort as so overwhelmed by contemporary life that their bodies succumb to pain in order to shut out the world. Again, neither Spiegel nor the doctors she interviews present any evidence for this hypothesis. The fact that teenage girls appear to be the only group afflicted by amplified pain is also never openly discussed, but adults’ concern over these girls’ supposed inability to perform the “correct” emotional response to pain saturates the episode’s discourse. Devyn’s mother worries that her daughter’s identity has been reduced to “sick girl,” and Spiegel paints a portrait of 21st-century teens unable to cope with life’s stressors, notably only using the neutral term “kids.”

But Devyn is a girl, and so are the other patients and the online support network of AMPS sufferers she finds. Regardless of whether the treatment program depicted in “The Fifth Vital Sign” actually works, the story being told about it connects to the still-pervasive Victorian narrative that does not simply paint stoicism as a virtue, but also casts female pain as a product of biological and psychological defect. Women’s and girls’ supposed inability to cope is seen as so natural and right that it crosses over into the aesthetic, producing art that both fetishizes female pain and buttresses white supremacy.

The brutality of colonization and slavery, as Hortense Spillers points out, “ungendered” its subjects, stripping them of their distinctions by reducing all to violable bodies. This violence was often justified by a disturbingly persistent assertion that people of color felt less pain than whites, and that white women’s excessive vulnerability perversely marked them as superiorly sensitive and thus less “animalistic” than nonwhites. Images of idealized white women suffering and even dying—from typhoid, cholera, or simply “the vapors”—proliferated in Victorian culture because they reified the dominant gender and race ideology, and affirmed that the world was as it should be.

Spiegel echoes this past when she calls Devyn’s treatment a “daily ballet of beautiful suffering.” The episode lingers over a scene where Devyn cries, gasps, and vomits during a treadmill run with Spiegel admiringly narrating, “She’s running, and there’s tears. And she’s still running…[S]he doesn’t stop. Her feet continue their pounding.” At the same time, Spiegel also sounds uneasy, and admits that witnessing the ordeal of Devyn and the other girls feels “a little creepy, like I’m watching The Handmaid’s Tale, only I’m somehow inside the television.” But this recognition doesn’t fully surface, and the episode’s final note is a wistful description of Devyn “danc[ing] out her pain.” Unlike a Victorian boy taking to the rugby pitch to get his “coward spirit” kicked out of him, Devyn’s pain is not only seen as instructive; it is also beatified.

As the United States starts to reckon with a largely man-made opioid epidemic, “The Fifth Vital Sign” illuminates something that much other journalistic coverage has not: the link between how culture sees pain and how it is treated medically. This is a valuable and important insight, but it doesn’t account for the broader historical resonance of gender’s role in the stories we continue to tell about pain. During the time that these Victorian narratives coalesced, the dawn of the first modern anesthetics made doctors and philosophers question whether it would actually be harmful to eliminate or reduce pain, since many thought it served a positive moral function. Opioid addiction was first recognized by the 1850s, and thinkers of the day fretted over whether painkillers would damage the empathetic capabilities of humans, or lead to general weakness and complacency—a downfall, some feared, that might lead to the “degeneration” of the white race.

It’s a worry that many echo today as the backlash against “overprescription” grows: Spiegel, elsewhere in “The Fifth Vital Sign,” talks with a psychotherapist about how we “can’t go back” to a repressive, 1950s-era approach to pain and agrees that an embrace of emotional expression should be tempered with an acceptance of pain as a normal part of human life. But we know too well that our culture’s definition of pain’s “normalcy”—in other words, what makes it acceptable or even desirable—differs depending on whose life it is. Studies have shown that doctors in general are already less likely to take women’s pain seriously, so stories like “The Fifth Vital Sign” can inflict damage beyond the realm of media by normalizing an ethic of stoicism that can easily become abuse, as many online responses to the episode testify.

Storytellers’ and journalists’ failure to recognize how narratives of pain have historically fortified harmful gender ideologies allows that harm to continue. The stories we tell about pain matter because they don’t merely affect our medical treatment, but because they have the power to determine whose suffering, and what kind of suffering, deserves empathy and amelioration. It is already far too easy to tell a girl to suffer in silence.

Read this Next: Performance of a Lifetime 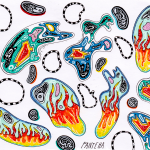 by Kate Horowitz
There’s little room for a patient’s subjective experience in a medical system organized around quantifiable results. 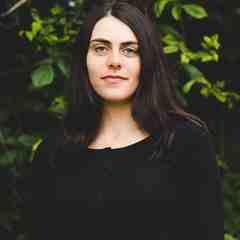 Colleen Morrissey is an author, scholar, and teacher based out of the Chicago area.