“Is Harry Styles Queer?” Is the Wrong Question to Ask | Bitch Media

What the Conversation about Harry Styles Reveals about Queerbaiting 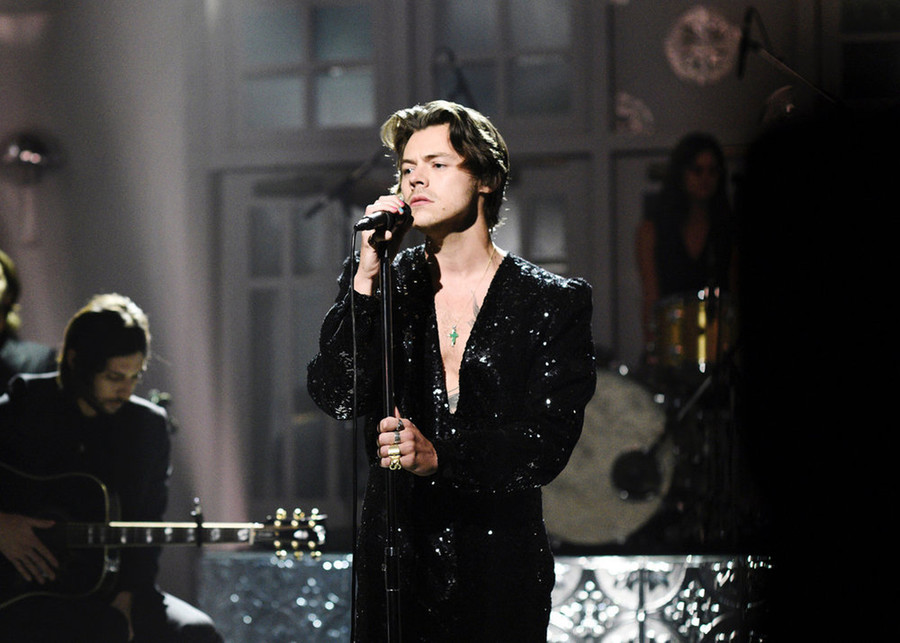 Queer people who took time coming to terms with our identities know the dance of avoiding definitive terms and labels. We know what it can look like when someone is a baby queer in waiting; we certainly understand what it’s like trying to figure out how to exist both authentically and safely in the world, calculating the risks of being your true self, and why that waiting period exists—and, for some, never really ends. This process of coming to terms and coming out, however, poses different challenges and has specific implications when you’re a celebrity. Some celebrities—especially those with teen fanbases, like Shawn Mendes or Taylor Swift—are no strangers to being pinned as queer icons because of their presentation, language, or even the friendships they have, despite not being out as queer. However, figures like Mendes or Swift are known for vehemently pushing away from any narrative defining them explicitly queer. Other celebrities, like Harry Styles, have strongly leaned into queerness—or at the very least, embraced being coded as queer.

Look up “Harry Styles queer” on Google and you’ll get a range of headlines from “We need to talk about why Harry Styles is a lesbian icon” to “Harry Style’s New Music Video is Extremely Bisexual.” Styles often dons floral suits and a more stereotypically feminine demeanor alongside lyrics like ones from his song “Medicine,” which are unmistakably bisexual: “The boys and the girls are here/ I mess around with him/ And I’m okay with it.” Recently, Styles announced a tour with artists similarly dubbed queer icons, Jenny Lewis and King Princess, a musical setup that seems like it was made in heaven for queer fans. On his new Saturday Night Live appearance, Styles played a sexually ambiguous character in the Sara Lee sketch, referencing being thirsty for men, almost locking in his “brand” of queerness yet again. In October 2019, Styles’s single “Lights Up” was also deemed a bisexual anthem by certain members of the queer community, especially as the corresponding music video shows a nearly naked Styles surrounded by people of all genders who are touching and carressing his body.

In a 2019 interview with Rolling Stone, he explained why he often dons rainbow flags on stage at his concerts and why he’s been so vocal about supporting queer people. “Everyone in that room is on the same page and everyone knows what I stand for. I’m not saying I understand how it feels. I’m just trying to say, ‘I see you.’” At this point, Styles isn’t new to curiosity surrounding his sexuality. Throughout his time with One Direction, rumors about his sexuality swirled, as he had a close relationship with bandmate Louis Tomlinson. The relationship became a hot topic, and one hugely obsessed over in fan and fanfiction communities. In a 2017 interview with The Sun, while discussing the way that celebrity sexuality is constantly questioned, he said, “It’s weird for me—everyone should just be who they want to be. It’s tough to justify somebody having to answer to someone else about stuff like that … I don’t feel like it’s something I’ve ever felt like I have to explain about myself.” At his final show for his tour in Glasgow in 2018, Styles announced onstage, “We’re all a little bit gay.”

For much of his career, it’s almost seemed like his fanbase is rooting for his queerness. One reason that online communities seem to be so obsessed with queer-adjacent celebrities like Styles is that they normalize queerness, making it feel more accessible. “If they were to come out, it would be a huge benefit to LGBTQ visibility in the media, and a lot of people in the LGBTQ community would love to have a celebrity of that stature on ‘their’ side,” Ash, a bisexual woman, told me. But Styles doesn’t actually claim queerness just because many fans, queer and otherwise, have hoped that he’ll one day do so explicitly. “Can straight people be queer?” asked a 2016 Vice article about the impact of the term’s increasingly broad application. The fact is that cis, straight people can’t be queer—so what does that mean when queer communities tout artists like Styles or Swift as part of our culture?

At some points in history, having these kinds of allies for the community who are not queer themselves, like Lil’ Kim, who has advocated for gay men and against homophobia in the rap community since the early 2000s, has been monumental. Queer audiences of yesteryears also gravitated toward performers like Dolly Parton who didn’t have to be queer themselves because they were accepting and loving toward all, and used their platform to normalize and uplift the queer communities that have celebrated them. In this day and age, however, expectations of performers have heightened. Unlike other celebrities dubbed “queer icons” who happen to be straight, including Madonna, Janet Jackson, or Parton, the fanbases of artists like Styles’s skew younger. And younger audiences don’t just want performers who see and welcome them. They want performers who are them—artists who understand the queer experience because they are queer, and they’re here to reflect audiences back to themselves.

So why the critique if there are seemingly so many positives to any representation or acceptance? It’s not that Styles, or any celebrity or public figure for that matter, owes us any information about their sexualities. On one hand, simply by existing in such a public manner, these celebrities offer a sliver of hope that there might be someone just like us navigating the world of queerness and identity. Celebrities like Styles or Swift—who has made use of queer aesthetics herself, and whose friendship with model Karlie Kloss has been the subject of rumors—remind us of who we were when we navigated our queerness more subtly before we were ready to explicitly tell someone close to us, or our resident queer community. Entertainers like Jackson or Parton became queer icons because they embraced queer fans during a closeted time, and perhaps it felt okay to have acceptance without representation. It was clear the performers weren’t trying to be queer. On the other hand, with Styles or Swift, the lines are blurred, and it’s unclear whether they’re trying to say they’re one of us or merely accept queer fans while borrowing from the culture to fit in and create a brand.

“I think it’s important for white queer folks to interrogate the whiteness of their queer idols, and work to understand why they feel more inclined to celebrate the visible queerness of one artist over another.”

There’s often a concern that celebrities are co-opting queerness as a marketing ploy. With the long history of queerbaiting (using the possibility of or undertones of queerness to gain favorability with queer people) in popular culture, there’s a certain level of disingenuousness to letting the bait and switch go on with minimal critique. The kind of support and lauding that celebrities like Styles receive for more playful expression and experimentation is not always present for queer people of color like Syd (formerly of The Internet), Alok Vaid-Menon, or Big Freedia. When she sees mostly white, thin, able-bodied figures with “queer energy” centered as icons in the queer community as opposed to queer people of color, Olivia Zayas Ryan, a queer woman, wonders why. “If you’re showing up for a pretty white boy in a tutu, where are you when Black and brown queer folks are vilified, ridiculed, and worse?” she told me. “If you are excited and feel seen when queer aesthetics are in the mainstream, what are you doing to honor, protect, and recognize the folks who created them? I think it’s important for white queer folks to interrogate the whiteness of their queer idols, and work to understand why they feel more inclined to celebrate the visible queerness of one artist over another.”

Conversation around both queerbaiting and our curiosity about celebrity queerness is an ongoing and complicated one. For example, there are theorists who have posited that Kurt Cobain was a closeted trans woman. “Many transgender women see themselves in his shaggy hair, his penchant for nail polish and dresses, and his struggles with depression,” Gillian Branstetter, a transgender advocate and writer, told me. Cobain’s fascination with pregnancy (“In Utero”) and his distaste for masculinity (“In Bloom”), as well as his partner Courtney Love’s references to having a more fluid lover (“He had ribbons in his hair/ And lipstick was everywhere/ You look good in my dress”) stoked this interest in his sexuality and presentation. “It sounds very familiar to trans women whose own relationship with masculinity and femininity was often expressed in coded ways before they came out,” says Branstetter. Styles, who like Cobain shows disinterest in conforming to a traditionally masculine rock-star presentation, seems to spark the same interest in fans from the queer community.

With our investment in Styles or other celebrities who are likely straight but exude “queer energy,” it feels as if we’re looking for a mirror of ourselves, seeking to claim the most popular public figures as our own, and in turn feel more normal and accepted. Perhaps our obsession with artists like Styles comes down to the excitement of feeling visible—but what do fans of potentially straight queer icons like Styles actually want? Can we thread the needle between feeling seen and normalized in our queerness while also feeling the imbalance between Styles’s privilege and the most marginalized people in the queer community’s lived experiences? Ultimately, it’s queer fans who get to decide if Styles’s kind of allyship and solidarity with the queer community is enough, or if it’s begun to give off the all-too-familiar stink of disingenuous baiting.

Read this Next: Take It or Leave It 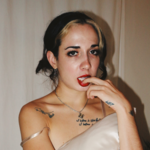 by Rachel Charlene Lewis
“Younger queer artists definitely inspire me every day to just be truer to myself.”