Why Is Twitter Asking If JoJo Siwa Is a Lesbian? | Bitch Media 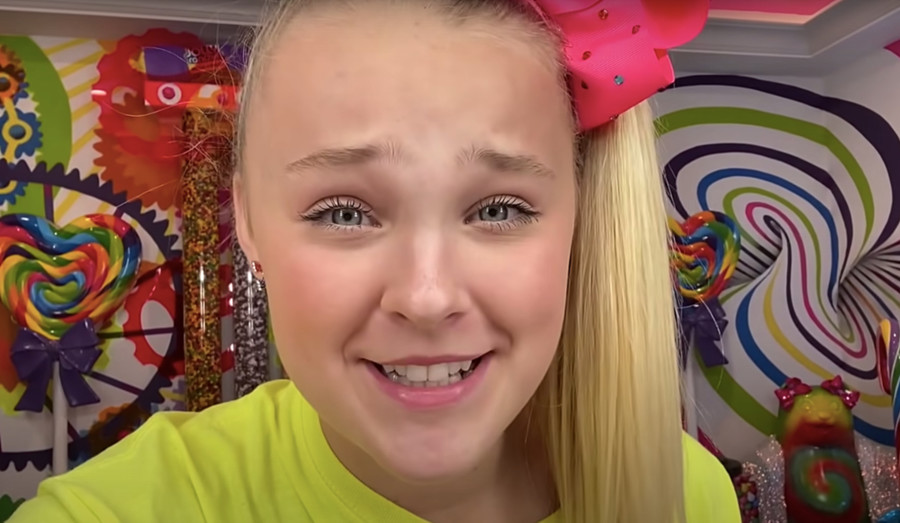 Yesterday, YouTuber JoJo Siwa was trending on Twitter not because of her latest bow collection or another music video filled with dancing, glitter-toting girls, but because a recent TikTok video has followers and haters alike commenting on her sexuality. As one Twitter user commented, “you either die young or live long enough to see jojo siwa become a tiktok lesbian.” In celebration of her 17th birthday, Siwa participated in the “wipe it down” challenge on TikTok. To the sound of BMW Kenny’s single “Wipe It Down,” participants spritz a mirror before wiping down their own reflection. Typically, on the second or third wipe, the reflection shifts, with the participant revealing a new appearance: Some users reveal drag peronas, others just showcase their best makeup looks, while others pose for thirst traps and wink at the camera before wiping that image away and returning to themselves. But in Siwa’s case, Siwa stood in front of the mirror—in full Siwa-branded garb—before wiping the image away and revealing herself in an oversized Gucci t-shirt, her hair down, and not a bow in sight. Instead of the image circling back to her original look, she remained dressed down, leading commenters to wonder if she’s permanently saying goodbye to her usual look.

Strangely, though, the video took on a new meaning as commenters questioned if this was Siwa’s way of coming out. One commented, “So… do you listen to girl in red?” referencing a Norwegian pop singer who’s become shorthand for queerness on the app. Twitter account @lesbianjojosiwa, created in December, began swiftly retweeting dozens of tweets about Siwa coming out as a lesbian as a result of the video. Lesbian YouTuber Steph Frosch tweeted, “Free Jojo Siwa from her contract so that she can blossom into the TikTok lesbian that she was born to be.”

Since appearing on Dance Moms for two seasons and signing with Nickelodeon in 2017, Siwa has become nearly inescapable. Siwa—essentially a combination of old school Miley Cyrus and child-focused entertainment like The Wiggles—has channeled the positive energy associated with Ellen DeGeneres, building an entire brand around positivity, vibrant colors, glitter, and bows. As Brittany Spanos wrote in a 2019 article for Rolling Stone, “Over the last four years, Siwa has built an entire empire off this Gen Z Rainbow Brite aesthetic.” And Siwa doesn’t just have an impressive digital presence; she’s as impactful in real life, selling name-branded products in multiple retail chains, including Target and Walmart. A part of Siwa’s impact is that she’s literally everywhere in terms of product. She’s physically inescapable because her merch is nonstop. “JoJo Siwa launched an empire with an oversized hair bow,” Tara Weiss wrote in a 2018 article for CBS. “Her consumer products touch nearly every imaginable corner of retail. There are toys, electronics, arts and crafts, apparel, accessories, home goods cosmetics (perfume) and beverages.”

Even adults can find themselves ensnared in her electro pop and oversized hair bows world. She has more than 11 million subscribers on YouTube and has released a multitude of music videos, including 2016’s Boomerang and 2018’s Kid In A Candy Store, that each have more than 200 million views. On TikTok, Siwa has deployed the same positivity she’s used as the cornerstone of her brand to respond to critics. Instead of responding negatively to criticism, she regularly duets these videos, smiling or laughing while shrugging off the online hate. While Siwa is aware that people don’t always like her, she doesn’t seem to care. And somehow, this approach has been effective. Despite the many YouTube videos, TikToks, and Reddit threads devoted to hating Siwa’s endless positivity, the tides have turned, especially on TikTok, where users have increasingly begun to note in the comments of her videos, “I can’t believe I’m saying this, but JoJo Siwa deserves the hype.”

A part of the hate stems from the fact that Siwa is 17, but she dresses and acts much younger. “Because JoJo’s image is so often reproduced—and reproduced with such pizzazz—it seems to recommend her as an object, not a person,” Jamie Lauren Keiles wrote in a 2019 article for Time. “In an industry prone to sexualizing teen girls, her childlike demeanor feels uncanny or coerced. (It comes across as doubly strange once you learn she’s 5 ft. 9 in.)” Given that there’s a running joke that preteens today look nothing like preteens, Siwa is a rare young, female entertainer who hasn’t skipped that awkward, outwardly youthful phase of glitter, pastel graphic tees, sparkling embellishments, and holographic bomber jackets in favor of looking like an adult. She is, for all intents and purposes, deeply uncool. “While other female stars her age enjoy at least some uplift from third-wave pop feminism, JoJo remains the butt of the joke, the face in the meme, the reason to cringe,” Keiles wrote. “Underlying all this hate, there appears to persist a kind of lurid disbelief: Can someone really be this way? Can a girl with her face on a fruit snack ever grow?”

We should ask more of ourselves as we discuss the young women who turn themselves into brands for our entertainment.

Siwa has become a symbol of the controlled femininity that other young, female celebrities have faced, including Cyrus, Demi Lovato, and Selena Gomez. “A lot of people think that I’m forced into wearing a hair bow, and forced to dress how I dress, and forced to talk how I talk, and forced to promote things that I promote,” Siwa told Rolling Stone. “It’s a whole load of cupcakes and unicorns.” Whether she’s been groomed or not, viewers have been hungrily waiting for her to similarly burst out of her shell and “pull a Miley,” but, in Siwa’s case, a lot of that energy has been heading in a queerer direction.

Siwa could be a lesbian, straight, or something else entirely. But ultimately, she’s still a teenage girl whose sexuality shouldn’t be speculated about online, especially among adults. At best, these conversations are creating a space for Siwa to come out, but, at worst, adults are pushing a teen into a box to serve their own interests.

Siwa has since posted a follow-up TikTok where she’s wearing a simple hoodie and black leggings as she dances in her house. The text that pops up overhead reads: “Recently I’ve shown myself looking different. Not the classic rainbow, sparkles, and side ponytail with a JoJo bow. I’ve been hated on for YEARS for dressing young and childish. People think this is me ‘changing.’ LOL nope!!! I just love who I am! This is just me at night or in the morning!” It seems that Siwa is simply becoming an adult. “There will be a time when I age up. Everyone does grow up. I think I’ll cross that bridge when I get to it,” she told Time. “But I mean, what do people want me to do? Wear black every day?” No matter Siwa’s motivation for posting that TikTok, we owe her and other young entertainers the space to explore their identities away from our prying eyes and not-quite-funny jokes. We’ve seen what happens to teenage stars when we don’t create this space, so we should ask more of ourselves as we discuss the young women who turn themselves into brands for our entertainment.

Read this Next: What the Conversation about Harry Styles Reveals about Queerbaiting 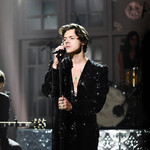 by Elly Belle
What do fans of potentially straight, queer icons like Harry Styles actually want?