It’s been hard to find many feminist victories in this election. We’ve seen a  “hit list” of Hillary Clinton’s superdelegates, hecklers booing Barbara Boxer, and Donald Trump’s comments about Megyn Kelly’s menstrual cycle. We’ve seen sexist commentary about Clinton’s looks and clothing, plus distressing arguments that feminists have to vote for Clinton because she’s a woman. We’ve journeyed through sexist tweets aimed at Sarah Palin, have watched people rage against trans women as Republican legislators across the country proposed 50 bills to limit restroom access for trans people, and endured the incessant drumbeat of lawmakers equating Planned Parenthood with mass murder. Ugh.

Compared to this nastiness, the Green Party seemed like something of an oasis, a party that was perhaps the closest of any to an intersectional understanding of oppression. Led by Dr. Jill Stein, its position statements specifically call out patriarchy:

“Since the beginning of what we call civilization, when men's dominance over women was firmly established until the present day, our history has been marred with oppression of and brutality to women. The Green Party deplores this system of male domination, known as patriarchy, in all its forms, both subtle and overt—from oppression, inequality, and discrimination to all forms of violence against women.”

Left-wing voters searching for an alternative to the conflict between the Bernie Sanders and Clinton campaigns could have found their ideological values reassured by the Green Party without the troublesome history of a man who wasn’t pragmatic enough to get things done in four Senate terms or a woman they believed was practical but too hawkish and corrupt.

And then Mother’s Day rolled around.

As a backhanded compliment to American mothers, Jill Stein tweeted the following:

It was not exactly clear what Stein was saying about the “values of being a mother.” On what basis does Clinton not reflect “the values” of being a mother—whatever those are? By all accounts, Hillary and her daughter, Chelsea Clinton, have a good relationship, so it’s not that. Maybe she means Hillary as a mother to all of us? Is anyone asking about Bernie’s qualifications as our national father?

The next day and hundreds of angry responses across Twitter later, Stein followed up with a clarifying tweet:

That’s interesting, since “war monger” wasn’t anywhere in her original tweet. And again, the logic here doesn’t make a lot of sense. Only 12 presidents (out of 44) have not had any military service. Six secretaries of state have gone on to become president. Military experience and the top diplomat posts are stepping stones to the White House for men—but apparently, they’re seen as liabilities for women seeking the office. What does that say about the limits of progressive politics? The Green Party is known for its proudly pacifist stance. But linking this criticism to motherhood is unnecessary and sexist in that it can only be lodged against women. This comment hinges on calling a woman out as a bad mother, a tried and true tactic of the reactionary thinker, not the progressive left. This is a criticism of Clinton as a mother, not a candidate.

But it also calls into question whether the Green Party is truly working toward the liberation of all women, or only some women—the ones worthy of support. For what are policies but ideas about governance that support and protect as many people as possible? The idea that some mothers reflect the “values” of motherhood more closely than others is precisely what is operating behind removing insurance coverage for contraception, the cuts to children’s health insurance and school lunch programs, cuts to Head Start, and the push for marriage programs to decrease the number of single mothers on welfare. Once legislators and executives begin selectively supporting or protecting only certain classes of people (like mothers who reflect whatever values we’ve said they should hold), we entrench oppression into government. And this makes it much more difficult to remove this oppression and to move back toward a more thoughtful push for equality for all women.

I know that equality and equity are not every progressive individual’s goal. Sometimes the goal is liberation and revolution. A long time ago I read a statement from Natalia Pushkareva: “The goal of this socialist experiment was to fulfill the long-standing expectations of the Russian people to create a ‘society of equals,’ without lies or injustice, and without restrictions on the basis of sex.”  These are issues women have been fighting for since before the Russian Revolution, before suffrage in the United States, and even earlier. And still we are debating who the good and bad mothers are.

Are there values that a pro-mother president should embody? For that matter, does a female presidential candidate have to be a mother? Have to be married? Have to have never held a job that could get her labeled a “war monger”?

A pro-mother president would be pro-contraception and pro-choice; there should be no moral judgment about wanting to control one’s reproduction, after all. A federal policy for paid maternity care should be implemented to bring the United States in line with the rest of the world, there should be re-entry support for moms who decide to return to work outside the home, and there should be federal subsidies or tax credits for childcare and preschool. A president respecting mothers would also support raising the minimum wage, as the majority of low-wage workers are women. A feminist political platform that is intersectional would write policy to take into account the differing social positions women from diverse backgrounds face. These are all issues that are part of the Green Party’s platform, but the “bad mom” joke proves that just because a person thinks of themselves as progressive, it doesn’t mean they are somehow outside of the system of sexism.

Thank you Everett for making these points. Really disappointing that Jill Stein would make these distinctions. Really biased.

It really is remarkable how little third party information is available about this woman. I have shamed myself by repeating the anti-vaxx without knowing the details, though from what I found out her position is still dubious and disrespectful of what does work in our regulatory/health care system. The Wifi stuff is weird, but I'm not entirely unsympathetic about the fact that we all need to take brain time away from these machines.

Otherwise, I'm just stick and tired of the bought and paid for Republican Hillary insults coming from my left (I voted for Bernie, but wouldn't today; like him and enjoyed his progress for the last decade or so, but feel he oversimplifies and doesn't have a plan).

So my only other fact-based complaint about Jill Stein is her climbing on the bandwagon trashing Hillary, and encouraging her followers to do so too.

To me, that's just the kind of opportunism her fans are complaining about.

The election wasn't rigged (see Snopes for good checks on that). But the endless fact-free repetitions are getting me down.

Thanks for putting thoughts I was having trouble articulating into words. Clinton is a bad mother because she's a war monger?! Stein is still continuing her disingenuous attack campaign against Clinton and when I see those kinds of sexist and hyperbolic accusations in her twitter feed, it tempts me to defend Clinton for voting to go to war with Iraq, when in all other contexts, that has been Clinton's one position that I've had the hardest time reconciling with my own views.

I even seriously considered voting for Nader in 2004, because his platform was by far the most in line with my values. I reluctantly voted Democrat though because of the upset in 2000 (when I wasn't old enough to vote). However, I have absolutely no reluctance voting Democrat this time. Stein's campaign is so negative to the point that I no longer feel the Green Party reflects my progressive values. A progressive would see an unambiguous and undeniable delineation between Clinton and Trump's blatantly sexist, racist, and xenophobic campaign. But Stein is still regurgitating the party line about the 2 major parties being identical. Trump isn't like any Republican and if Stein can't see the difference, I question how much she could possibly understand about inequality, exploitation and oppression. The alternative explanation is that she doesn't give her supporters much credit for being able to think critically or understand those issues.

Her reasons for opposing NAFTA and TPP illustrate her fundamental lack of understanding progressivism. She claims to oppose those trade deals because they "represent an attack on our basic national sovereignty". She calls them "treasonous" and claims they send our jobs overseas. Um, hello, those are Donald Trump's alt right racist, xenophobic, protectionist reasons for opposing NAFTA and TPP. Progressives oppose them because Chomsky (and the inherent issues with inequality, exploitation and oppression).

I found this older post on your site in a link from a Dan Savage rant about Jill Stein. While the tweet certainly didn't explain anything well, Mother's Day was established as an anti-war movement, the holiday was started in West Virginia by Ann Jarvis. Her "Mother's Friendship Day" had the goal of reuniting families divided by the Civil War. Claiming that Clinton's votes and stances on use of force aren't in line with the original goals of Mother's Day seems pretty valid. 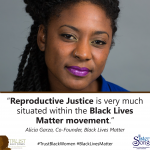