It's Our 20th Anniversary, So We Made These Buttons to Celebrate! | Bitch Media

It's Our 20th Anniversary, So We Made These Buttons to Celebrate! 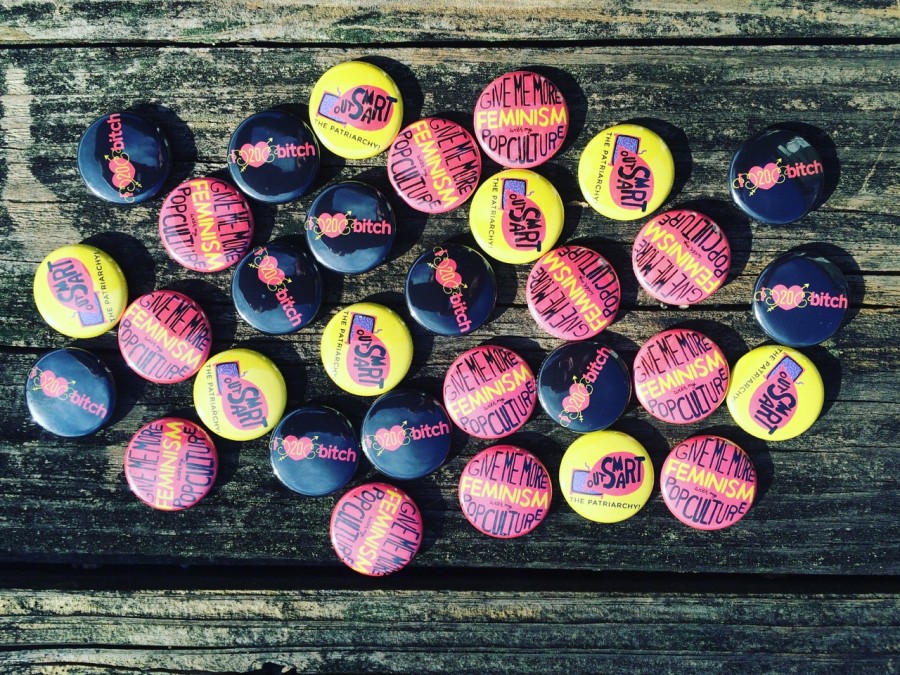 We've got three reasons that our February subscription push feels like a party:

1. This year marks our officially official 20th Anniversary as a feminist media organization, and this campaign kicks off our yearlong celebration!

2. Everyone who participates gets a free set of 20th Anniversary buttons! And believe us: You. Want. These. Buttons.

(Convinced already? Subscribe, renew, or become a member now and get your set!)

3. What's better than sticking it to the capitalist media ​model of selling your precious “attention minutes” to advertisers than showing the patriarchy that independent feminist media organizations can thrive?

Over the course of the next few weeks, we are going to need to raise a total of $35,000 to stay on track to reach our budget goal for the year. This isn’t a surprise campaign, or any kind of emergency on our end—it’s strategically timed to provide sustainable support for Bitch early in the year. 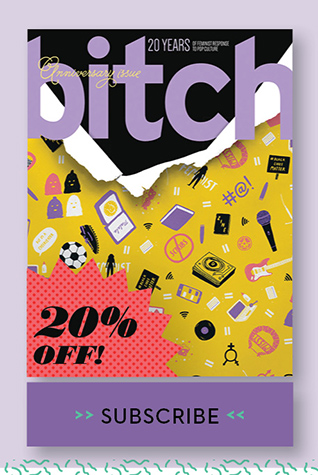 You can help out by doing one of two things, both of which will result in you receiving a pack of our special-edition 20th anniversary buttons:

1. Subscribe to Bitch magazine, renew your subscription, or give the gift of Bitch to someone who’ll love our award-winning feminist response to pop culture—all for 20 percent off.

2. Become a member of the B-Hive at Bitch! In return, you’ll receive a subscription to Bitch magazine, as well as benefits at every level. And here’s the kicker: On top of the buttons, you’ll also receive one of exactly 500 limited-edition Bitch Media crest pins we made especially for our 20th anniversary year.* (Find out why at the end of this email!)

It'll help pay our editors salaries. It’ll help pay for the work our writers and designers do, too. It will provide some of the cash we need to print and mail this extremely-special 20th Anniversary issue of Bitch, publish daily feminist analysis online, release a new episode of our podcast each week, and send Bitch speakers to communities around the world.

Most importantly, reaching this goal will mean a vote loud and clear for our fierce, uncompromising feminist response to pop culture. We are going to celebrate the power of independent, feminist media all year long, and we can’t wait to see our readers decide to join in! 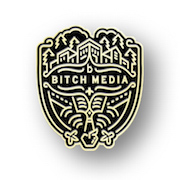 *We printed 500 crest pins because we need exactly 500 readers to become new B-Hive members or upgrade their current memberships by year end in order to make sure we reach our annual funding goals. Once they’re gone, we’ll know we’ve reached our goal! Join today!