It’s Us Failing Them, Not Them Failing Us | Bitch Media

It’s Us Failing Them, Not Them Failing UsDisconnected Adults are the Problem in 13 Reasons Why 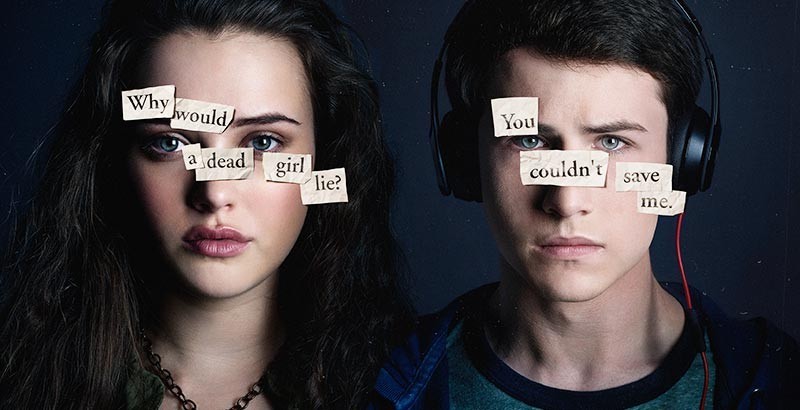 I tried to kill myself my freshman year of high school. Does starting out an essay this bluntly seem inflammatory? It feels that way because we aren’t comfortable having complex conversations about bullying, mental health, suicide, or the traumas—like sexual violence—that lead to it. My soul-laid-bare opening is called “a hook,” designed to grab and hold you enthralled, sensationalizing the topic. I thought about this sensationalism and its connection to feminism as I watched Netflix’s drama 13 Reasons Why, a fictional exploration of a teenage girl’s suicide and the people she left behind. School districts responded to the show’s controversial themes by attempting to stifle conversation and tell parents not to let their kids watch it, and that too is dangerous. The truth is we are currently failing youth, of all genders, in the ways we talk, or don’t, about these interconnected and inherently feminist matters. Being provocative just because we can isn’t the solution, but feel-good inspirational quotes and censorship aren’t going to save lives either.

By the time I began high school I had endured multiple years of bullying, physical attacks, stalking, molestation, sexual harassment, and rape (twice), while being physically and emotionally abused at home also. For years I had met with different therapists, social workers, and child protective services—all of whom had accused me of seeking attention and said my real issue was a lack of sufficient discipline. I couldn’t tell you the first time I considered suicide because it seems like it was always on my mind for as far back as I can remember, but the first time I actually tried was when I was 14 years old.

In late spring, about a month after my suicide attempt, I ran away from home. I lived with a friend for two weeks before her mom realized I was there, and then I stayed in a teen runaway shelter for another two weeks before being forced by the police to go home. Things improved at home for several months after that because my running away shocked my parents, but it didn’t last. The summer before the 11th grade I was raped on my first date, and that autumn was a mess of family dysfunction resulting in me finally leaving permanently and legally. I was later diagnosed with bipolar disorder and Complex Post Traumatic Stress Disorder (C-PTSD) that had been ignored by previous therapists. I say this so you understand: I was Hannah Baker.

The show depicts two rapes repeatedly in flashbacks and the suicide in brutal detail. Conversely, in the final episode, when Alex, a fellow “new kid” who Hannah blamed for causing the sexual harassment she received when he named her “best ass in the freshman class,” shoots himself, it happens off camera. The trauma of the girls was deemed appropriate to put in scenes multiple times, but Alex’s attempted suicide happens off camera, signaling our casual acceptance of gender-based violence.

An argument for the rape scenes is they challenge assumptions of what rape looks like by showing how many victims are unable, due to shock, fear, or inebriation, to actively speak or fight against the situation they find themselves in. The two rapes look different from each other, showing that rape can look more than one way. Jessica’s rape is more clearly recognizable as rape, and even teens can recognize she is too drunk to consent, and Bryce never tries to get her to say yes. Bryce’s rape of Hannah is more subtle, in that she is conscious and does not clearly say no or fight back, but it is still rape.

Conversations about what constitutes rape could happen without the explicit scenes, but even with the visual, the message is muddy even though there are ample existing feminist resources that discuss how lack of an overt no is not a yes. Another character, Tyler, the school photographer/Hannah’s stalker, is bullied throughout the series but there is little sympathy offered for his plight. Even while the other students wrestle with their guilt for their mistreatment of Hannah they do not realize they are reenacting it on Tyler. There is also no recognition that the tapes are Hannah’s own form of bullying against the surviving students, traumatizing them with shame, and revealing their darkest secrets to each other. Alex’s attempted suicide at the end of the season showcases the cumulative effects of bullying and suggests the tapes may have reinforced a bullying culture rather than stopping it. The show has been critiqued for glamorizing suicide by implying one can avenge the school bullies through death while gaining some small fame from the act. At least, that is probably what I would have taken from it, had I watched 13 Reasons Why in my most vulnerable years. It is easy to romanticize death when life is so unrelentingly painful and you feel powerless to change it.

Various schools are attempting to show that they are committed to handling bullying and assault in the right way, unlike the school portrayed in the show. Like the 13 Reasons Why production and writing team, schools have the best of intentions, but their method is not helpful. If my school had given me a flyer telling me “your situation is temporary” and “your pet won’t understand” it would have reinforced that they did not understand the depth of my pain, and I would have felt lied to as well.

Most teens, and probably pre-teens, have already watched and discussed the show. We are late to the party, and we need to be prepared to talk about it honestly, not ban it. We cannot advise teens to confide in an adult if we aren’t building relationships with them that make us trustworthy. Part of building that trust is acknowledging the ways parents, school policies, and staff often contribute to and fail to protect them from bullying or sexual violence. We also need to allow teens to have their own opinions and to think critically about situations and media they consume instead of insisting only we, the adults, know what is best for them. Feminism is supposed to be about empowering girls and women, but there is little empowerment in how we treat allegations of bullying and rape against any gender, or the failure to provide mental health resources when needed. There is clear evidence that students with multiple marginalizations (students of color, LGBTQ, and/or disabled) are at increased risk of bullying and sexual violence, but their cries for help are often dismissed.

13 Reasons Why romanticizes suicide as an inevitable response to Hannah’s situation, while never attempting to address mental health or discussing support and treatment options for depression, trauma, or PTSD. In the context of her life that the show presents, Hannah’s choice feels logical, and her ability to articulate her story over the course of the tapes bolsters her rationality. As adults watching it, we realize the web of secrets between the students is dangerous, and we recognize how the school failed Hannah, and then failed her friends in the aftermath. Youth may not understand how Hannah’s post-suicide demand for secrecy led directly to Alex’s suicide attempt or further stigmatization for surviving students. Teens might not know Mr. Porter, the school counselor, was a mandated reporter who broke the law by failing to report the crises he was told by students to authorities or social services. As a counselor, his job was to provide the students with resources that would help them understand or heal, but he offered them absolutely nothing, not even a listening ear.

The trite and overly simplistic real-life responses from schools are just as discouraging because they show how out of touch adults can be with the emotional pain teens are dealing with, or how profoundly damaging rape is. In both the show and real life, what teens may see is proof that asking for help will only make things worse, that adults will fail them. That was my real life experience, but we shouldn’t discourage youth from trying to get help for themselves or for friends who are in trouble. We need to be prepared to give substantial support and access to responsible care, not dismissive suggestions about finding a hobby, getting more fresh air, or how teens shouldn’t care what people think of them. Because we all have had our share of shame and secrecy at some point in our lives, we should understand how shame and secrecy poison our youth. If we listened to them rather than trying to “fix” them, or acting like their problems are trivial nuisances, we would be better at protecting and supporting them.

I have no concrete solutions to offer that will prevent teen suicide, because I don’t know what saved me. Moving out of my parents home at 16 helped, but placed me into other difficult situations as well. Suicidal ideation is something I have wrestled with my entire life since, and there is no easy cure. Every day is a choice to live, but I honestly cannot explain why I make that choice. Maybe teens don’t need to be able to pinpoint a reason either, as long as they have one and know how to get help when they need to be reminded of it.

The show is provocative and pushes boundaries, but it also leaves a lot of issues untouched, likely to be handled in season two: how to respect youth’s privacy while ensuring they have the support they need; looking for someone to blame as a coping mechanism rather than seeking justice, and how schools might change their culture and demonstrate that teens will be heard. The problem right now is some young people who watched season one might not live to see season two, and we can’t undo the damage already done. While we critique the fictitious show, we still aren’t effectively making space for teens in real life to open up about their own struggles or how the show impacted them emotionally. We can’t stop them from watching the show, but we can certainly offer more robust conversations with them about it and provide meaningful resources for those who relate to the show because it accurately depicts their real life experiences of trauma, pain, and desperation. Let’s talk about it even if we don’t have all the answers. 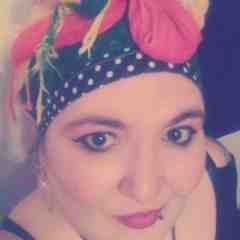 Aaminah Shakur is a queer, crip, multi-racial/multi-cultural artist, poet, and culture critic, as well as a survivor of sexual abuse and assault. They are a contributing writer to the Dear Sister Anthology, a book of letters from sexual assault survivors to support others. They have conducted workshops on using memoirs in art and writing to recover from trauma, and written about college campus sexual violence and how sexual violence impacts childbirth and parenting. Their website is aaminahshakur.com. 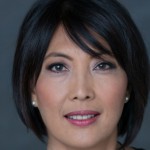 by Melissa Sipin
“Lola’s House” will stay with you forever.