Between Two Worlds“Ixcanul” Highlights a Cultural Conflict Many Immigrants Face

In Jayro Bustamante’s Ixcanul, a young Mayan woman is caught between worlds—the rural coffee farm she tends with her family, the lover she wants, and the plantation supervisor her family arranges for her to marry. A botched escape to the United States with her lover, Pepe (Marvin Coroy), results in a pregnancy that complicates the union she’s been promised into. A neighboring volcano, for which the film is named, becomes a metaphor for her powerful yet unspoken desires.

Protagonist María, played with a fierce calm by María Mercedes Coroy, is our anchor in a story about the conflicts between family, culture, and language. Shot in the Guatemalan highlands, this is the first film made in Kaqchikel, a Mayan language, and it features first-time actors from the communities near where it was filmed. Bustamante captures their lives amid a natural environment that both enables and complicates them. In one scene, María jumps on boulders surrounding the volcano for a pregnancy ritual. In another scene, María grinds sexually on a tree trunk, simulating the feeling she seeks with Pepe. Scenes also depict the circularity and repetition of María’s family’s daily customs of harvesting coffee, breeding pigs, and sharing secrets while bathing in a steam-filled room.

Films like this tend to be romanticized for their mystical, otherworldly qualities, but Bustamante avoids this by also focusing on the ways María, her family, and other Mayans are excluded from the Spanish-speaking areas of Guatemala. In one of the most dramatic scenes in the film, María is rushed to the hospital after attempting to walk through her family’s snake-infested farmland, believing her pregnancy will ward them off. It doesn’t, and her mother, in a standout performance by María Telón, wails in the back of a pickup truck as she holds María’s seemingly lifeless body on the way to the hospital. It’s a scene of great emotion that relies on the film’s meditative, steady buildup of daily rituals and discord. Once at the hospital, María and her family are preyed on by the Spanish-speaking staff, who encourage them to sign papers they cannot read. What results is as tragic as it is infuriating.

Throughout all of this, María remains determined. She makes decisions about her own body and sexuality, shown in a scene in which she disrobes and confronts Pepe outside of a bar to ask him to have sex with her. Later, she demands answers about the hospital visit. Her face, often shot in close-ups, evokes a serene power that drives the narrative. She understands the traditions and customs set out for her by her family, and by society, but she may not follow them.

Relevant: And the Oscar Goes To... 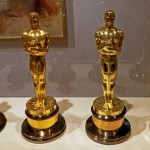 by s.e. smith
This is not an issue unique to the Oscars.