Jada Pinkett-Smith Isn’t the Villain in Her Entanglement. Nobody Is. 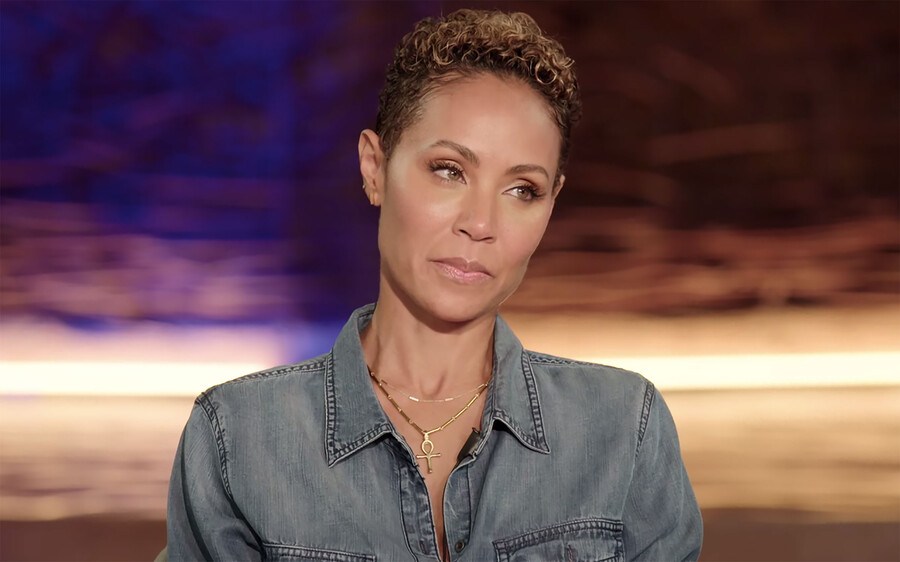 Speculation about the partnership of celebrity power couple Will Smith and Jada Pinkett-Smith has flourished, online and off, for at least 15 years. And though the couple, who married in 1997, haven’t directly addressed the specifics of what’s rumored to be an open relationship—they have a right to privacy, after all—Will and Jada clearly have an expansive, nontraditional approach to their life together. Will noted on a 2018 podcast that they don’t refer to themselves as married, but rather as life partners: As he put it, “[W]here you get into that space where you realize you are literally with somebody for the rest of your life.” And they do mean “literally” literally: They have asserted that they won’t ever get divorced, even if they have to live on separate sides of their home with other people.

As the latest round of conjecture about the pair bubbled to the surface, Jada made herself the focus of an episode of Red Table Talk, the Facebook Watch series Jada hosts with her daughter, Willow, and her mother, Adrienne Banfield-Norris. The recent Will-and-Jada discourse began in late June when the couple’s friend, Louisiana-born musician August Alsina, claimed in an interview that Will gave him permission to pursue a relationship with Jada. Fans were already acquainted with Alsina as an extension of the Smith family, given that he appeared on a 2018 Red Table Talk episode, “Facing Addiction: Jada & Adrienne Share Their Family’s Story.” In that episode, fans were given background on Alsina’s introduction to the family: In 2015, Alsina met Jada at a festival where her children were performing.

August, as a friend of Jada’s son, admitted to her, “Man, I could really use some help.” Jada offered support, and Alsina was welcomed into the family. Alsina’s addiction and physical illness became a tentpole of his relationship with the Smith’s, with Jada taking the lead on his healing. In the context of this celebrity couple, Alsina was a single man in a relationship with a married woman. August’s own home base was always less than stable: He had a complicated relationship with his mother, and his sister passed in 2018, causing him to adopt her three children, which he took on while struggling with an autoimmune disease, depression, and substance abuse. In Jada, he found stability. He took on Jada’s family—although Willow and Jaden were reportedly kept in the dark about their parent’s relationship fracture, Alsina was close to the entire unit—and her love, and was left without that home base at the end of their two- to three-year relationship.

Following the interview where Alsina revealed the true nature of their relationship, Will and Jada addressed these claims, confirming that August and Jada were in a relationship while Will and Jada were separated, which they didn’t reveal until this month. This relationship, and how public they’ve been about it, has resulted in an explosive conversation, online and off, about monogamy and nonmonogamous relationships, especially given Jada and Will’s fame and the popularity of Red Table Talk (currently, the episode about their relationship has been viewed more than 34 million times, which broke Facebook Watch’s streaming record, and has more than 229,000 comments and 605,000 Facebook likes). The revived focus on the couple’s partnership comes at a time where nonmonogamous relationship structures are becoming more and more commonplace, sparking more questions, more opinions, and, in some cases, more skepticism.

According to a 2019 estimate reported by CBS News, 4 to 5 percent of folks in the United States have participated in an ethically nonmonogamous (ENM) relationship, a statistic that’s comparable to the number of LGBTQ folks in the United States, which is currently estimated to be 4.5 percent of the population. One of the more common structures in ENM is the primary partnership, one that from the outside looks identical to a typical monogamous relationship and benefits from the same social, legal and financial privileges. Couples in primary partnerships are nonmonogamous, but their primary partner is their romantic priority: They often live together, and consider the option of marriage and children only with one another. Folks who practice relationship anarchy, solo polyamory, or are single and polyamorous are, whether by choice or circumstance, single. When these singles begin relationships with someone in primary partnerships, it’s crucial for everyone involved to understand and acknowledge the power imbalance.

Polyamorous singles are uniquely vulnerable in these situations because they have less leverage, as couples can make decisions knowing that they will always have each other in the end. Single people don’t have that comfort. This exposes one of the power dynamics we often don’t talk about in the nonmonogamous community: couple privilege. The power dynamic of couple privilege shows up differently in different kinds of relationship structures. In triads, for instance, couples often add a single to their relationship. Even though triads can claim equal partnership, if the first couple has been together for many years, are married, or have children, the “single” in the relationship doesn’t have the same legal privileges or social legitimacy. Tax breaks, insurance plans, and breaks due to marriage or additions to insurance plans. Singles within triads are more likely to be left out of decision-making, and it’s not uncommon for couples facing issues within their union to end relationships with their “third” in order to focus on each other.

Additionally, the veto—which allows one person in a nonmonogamous couple to end their partner’s other relationship—is a kind of insurance policy for partnered individuals, but for singles, it means the rug can be pulled from under them at any moment. Socially, singles are often regarded as “extras” or side pieces in nonmonogamous relationships. Alsina claimed that his partnership with Jada would allow him to die a happy man; though their connection suggests that he was much more than a side piece, his treatment by onlookers on Twitter has been predictably dismissive. For men, musings on side pieces and husbands are rife with sexist assumptions and toxic masculinity: In this case, they took the form of swiftly crafted memes that made fun of Will for “allowing” August to sleep with his wife. These memes reinforced patriarchal ideals of ownership of women’s bodies, which Jada pointedly addressed in her Red Table Talk with Will, asserting that only she could give consent of her body.

Portraying Will as a wounded animal listening to his wife have sex with another man in the next room, these memes seek to insult and belittle men who are in polyamorous relationships. The wider discourse lacked a base-level understanding of polyamory, mistaking it for “polygamy” and interpreting open relationships as a sign of weak masculinity. If we assume this particular relationship was mutual, Alsina adhered to boundaries set forth by Will and Jada: For starters, he agreed to deny their relationship and keep it quiet for the years they were together. Perhaps he even had his own requests of them. If everyone’s voice is heard, weighed, and considered, then the power difference becomes less palpable. That doesn’t seem to be the case within Alsina and Jada’s relationship, leading us to an important point: power dynamics. Especially given the celebrity nature of the relationship, there were other power dynamics at play, including an age difference, a separation, and Jada’s position as someone who could “fix” him.

While the Red Table Talk episode illuminated some facets of this “entanglement,” it offered a poor reflection on a relationship structure that’s already criticized and misunderstood.

In the aforementioned 2018 Red Table Talk episode, Alsina mentions that Jada provided a turning point in his recovery: “[Jada] called me, like literally broke down about it…that was really a reality check for me because I was like ‘wow, if someone else can love you so much that it hurts them, why doesn’t it bother you that you’re actually hurting yourself?’” Despite the meaning the relationship had for August, it’s clear that the relationship was a coping mechanism. In the episode of Red Table Talk, Jada hesitates to call it a relationship until Will pushes her to use plain language. She refers to the relationship as an “entanglement,” “journey,” and “process.” She expresses “wanting to feel good” and the relationship aiding in her healing, teaching her many things about herself. Ultimately, Alsina appears to have functioned as a vehicle for Jada’s healing.

In fact, Alsina was the one to end the relationship, exemplifying the only power singles have in these situations. After Will and Jada’s episode of Red Table Talk, Alsina released a single entitled, “Entanglements.” It’s clear that it’s about his relationship with Jada, appearing as an attempt to get the final word with lyrics like “You left your man to fuck with me, just to pay him back/ Don’t you know that’s cold hearted?” The Smith family offered Alsina love, a sense of family, and healing. While this aided in his recovery, at the end of the day, Alsina lost not only his lover, but the family that came along with their union. Jada could always return home to her husband and children, and she knew that.

The privilege is exemplified in Will’s statement about their partnership, “to be able to make mistakes without the fear of losing your family is so incredible.” Alsina, instead, was forced to start over and heal once more. This is why partnered individuals have such a high level of responsibility to their single partners, and why, to be ethical, they must be responsible. This trio has shown us exactly how not to go about a relationship when there are more than two people involved. While the Red Table Talk episode illuminated some facets of this “entanglement,” it offered a poor reflection on a relationship structure that’s already criticized and misunderstood. Regardless of the mess it leaves in its wake, the moment offers a lesson that everyone, regardless of relationship structure, can learn from.

Read this Next: My Vagina Forced Me to Give up Nonmonogamy 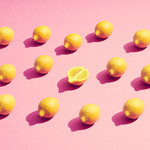 by Helen Strange
I loved having multiple loves, but I hated being at the mercy of a stubborn vagina. 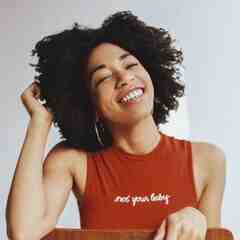 Gabrielle Smith is a writer and poet based in Brooklyn, NY. She writes about non-monogamy, sex/sexuality, race, identity, and mental illness. You can find her roaming the internet most days, but often on Instagram and Twitter.