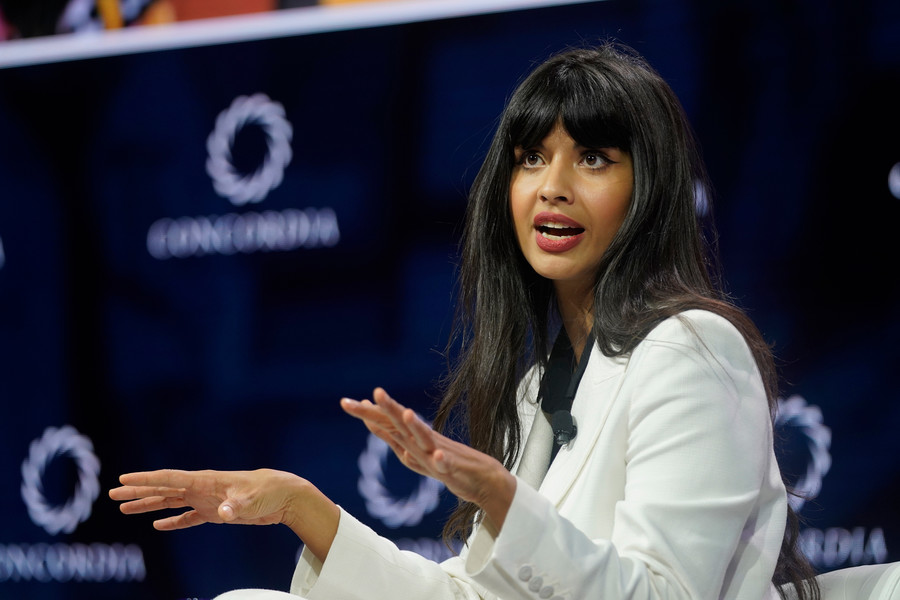 Actress and activist Jameela Jamil, who Harper’s Bazaar named one of its 2019 “women who dare” because she’s the “feminist-in-progress we all need,” is no stranger to criticism. From being called out for headlining the Curvy Con, though she’s not plus-size, to centering herself in the the body-positivity movement to failing to understand the meaning of inclusivity, Jamil has taken most of her criticism in stride. She has been known to respond to critics, leading her to change her Twitter bio to read, “I respond to abuse publicly, so don’t start fights that you can’t finish.” And her I Weigh movement on Instagram promotes “radical inclusivity, so that no one feels alone,” Jamil has made yet another misstep in terms of being inclusive.

On October 18, Jamil received a less than enthusiastic response from her followers after she called Piers Morgan “Britain’s HPV” and “somewhere between human…and piece of diseased crusted anal fluff” on Twitter. Sex and culture critic Ella Dawson was one of many people who responded by trying to educate Jamil about STI stigma. “Aren’t you a body-positive activist?” inquired Dawson. “This joke only adds to the stigma of super common STIs, a stigma that prevents people from seeking testing and treatment, and makes people who are HPV+ feel awful about themselves and their bodies,” she said. In her response, Jamil  publicized her own Human papillomavirus (HPV) diagnosis while also saying that she’s a promoter of “body neutrality,” a movement that prioritizes what makes the body feel good, rather than the body’s appearance.

Jamil’s continued defense and endorsement of HPV as a punch line has ramifications beyond her Twitter audience. When jokes about HPV and other common STIs enter the realm of social media, they serve as a testament to the feelings and fears that accompany a positive STI diagnosis. STI stigma, defined as thoughts, feelings, beliefs, and attitudes that society upholds about sexually transmitted infections and those that test positive for them, can come in the form of being labeled “dirty,” “diseased,” “careless,” “damaged,” and “slutty.” A social worker, bartender, and senior marketing analyst have one thing in common: HPV. Within the last month, these three friends have confided in me about their positive HPV diagnosis. “I always get tested for HPV and it’s always come back negative,” the bartender shared. “I got the fucking HPV vaccine for Christ’s sake. I tried so hard to do the responsible thing. I know I shouldn’t feel guilt and shame, but that’s just where I am.” The social worker had a similar reaction, though she also had a distaste for testing protocols. “I feel angry, mostly at men in general, and I’m resentful of my boyfriend, even though he might not have been the one to give it to me. It’s just really fucking annoying that he gets to live his life without ever worrying about this,” she vented. The senior marketing analyst shared a similar concern about her partnership: “What does this mean for us?” she inquired with an intonation of desperation.

Each woman’s sentiments echo the shame, anger, isolation, uncertainty, and fear that comes with contracting an STI. The Centers for Disease Control and Prevention (CDC) reports that HPV is the most common STI in the United States, with more than 79 million positive diagnoses and 14 million new infections annually. There are more than 100 different types of HPV that most often present without symptoms but certain high-risk types may lead to genital warts and cancer if left untreated. Collectively, sexually active persons between the ages of 15 and 24 comprise 50 percent of all positive STI diagnoses with one in two testing positive for an STI before age 25. These statistics, however, mean very little when it comes to the ways that those who test positive can be isolated by lack of awareness.

Jamil certainly isn’t the first public figure to use STIs in a comedic bit. Think back to The Hangover’s infamous herpes line, “What happens in Vegas stays in Vegas. Except for herpes. That shit’ll come back with you.” And how could anyone forget Coach Carr (Dwayne Hill) saying chlamydia is the consequence of becoming sexually active in Mean Girls? These references are rarely challenged, largely because of the way STIs are taught during sex-education.

In the United States, only 39 states and the District of Columbia require that sex education be taught in schools and, of those 39, only 17 programs require that students are taught medically accurate information. In England, Jamil’s home country, schools just introduced more comprehensive sex-education topics into their curriculum for the first time in nearly 20 years. When sex educators discuss STIs, they typically present them as infections to be feared, avoided, and labeled as a consequence for engaging in sex. Students bear witness to slides revealing more extreme cases of infections and a list of their presenting symptoms. Between the jokes, barebones presentation, and attitude of invincibility among students is a silence that goes unacknowledged. Though sex educators are moving toward more inclusive and comprehensive lessons that incorporate consent, pleasure, and LGBTQ identities, there’s still room for students to be misinformed, especially if they’re looking to the news media to educate them.

Since 2014, the CDC’s annual STD Surveillance Report has noted a rise in one or more of the four STIs included in the report—and this does not even account for those STIs that go unreported, but news outlets still present STI rates in a way that horrifies their audience. In April 2019, broadcast news media flocked to reports about “spiked” rates of herpes at Coachella. Of course, this wasn’t ‘news” considering that most of the world population under age 50 tests positive for herpes simplex virus. In October 2019, The Onion, a satirical news outlet, published a post in response to the CDC’s 2018 STD Surveillance Report of climbing STI rates: a purple eggplant emoji, presumably signifying a penis, covered in sores. Headlines that negatively frame STIs are not raising awareness; they’re increasing misinformation, miseducation, and miscommunication.

Using STIs like a punch line only perpetuates stigma and equates the experiences of those who test positive with their infections, making these comprehensive conversations increasingly more difficult to have. Jamil’s dismissal of STI stigma and refusal to accept responsibility for perpetuating it counteracts her stated commitment to body neutrality—and to feminism as a whole.

Read this Next: “How to Get Away with Murder” Brings an HIV-Positive Character to Primetime 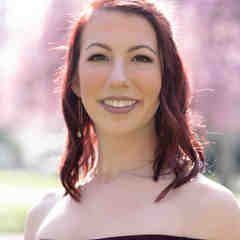 Emily L. Depasse is a sexologist redefining the narratives around sexually transmitted infections (STIs), relationships, and the childfree life. She holds a BA in Gender and Sexuality Studies and is a graduate student at Widener University’s Center for Human Sexuality Studies in the sex therapy program. You can follow her work on Instagram and Twitter @sexelducation.