“All This Could Be Yours” Is about Toxic Families | Bitch Media 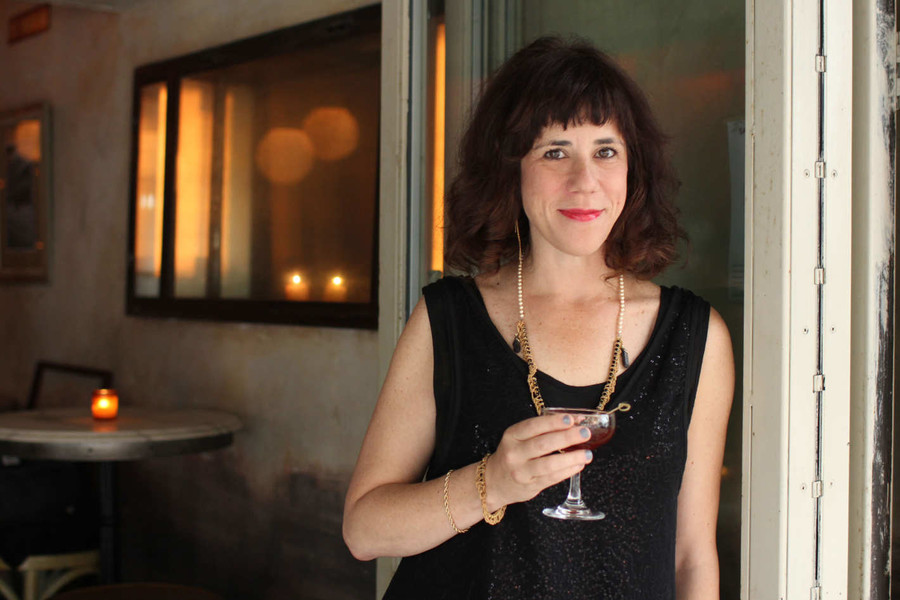 Jami Attenberg, author of All This Could Be Yours (Photo credit: Melissa Hom)

I craved two things at the beginning of Jami Attenberg’s new novel All This Could Be Yours: I wanted to know the truth about Victor, the novel’s patriarch, who every other character views as terrible. I thought about the ever-present parade of terrible men in pop culture, including the writers, the directors, the producers, and the businessmen, and how, like Victor, they deserved suffering, but may never fully receive it. But as I delved deeper into the book, I became less focused on the Victor’s crimes and more interested in the impact of his crimes on the women in his orbit. All This Could Be Yours dives into the pain that this horrible man’s deed inflicted on his children—including his daughter, Alex, who wants to figure out who her father is at his core—and his wife Barbra, who wants, more than anything else, to keep these secrets quiet.

Victor is dying in a hospital, so there isn’t much time for the Tuchman family to examine their collective trauma, but Attenberg creates a structure that lends itself an extensive plot contained in a short timeline. Written in the third person, each chapter changes perspective, and then rotates from character to character, briefly offering a snippet of each person’s experience (and, at times, expanding beyond that character’s perspective to explain the thoughts of a passerby who might be able to offer insight into a stranger’s life for just a moment to further understand misogyny and pain in a new, albeit transient, context, with each instance touching on something particularly gendered, like woman who wants a man to see her, or a father who has failed his daughter and is now dying alone).

Alex, the aforementioned daughter who’s most invested in unraveling the mysteries that shroud her father, consistently says that she wants to know what happened in his past to make him so harsh. “Alex, so what if you knew the secrets? What would you do with them?” Barbra asks Alex. “For years, I never quite knew myself.” There’s also Twyla, Victor’s Southern daughter-in-law who prays at his bedside as she holds her own secrets close to the chest, and Twyla’s husband, Gary, who keeps his distance from the web of family drama because he’s trying to figure out his marriage in the aftermath of his wife’s heartbreaking affair.

Beyond Victor, each of these characters is consumed by a need not to be good, but to better understand their badness, and their own wants and needs and cravings. The matriarch, especially given Victor’s death, spends her day walking through the halls of the hospital on a loop, thinking about her husband’s failings, her own failings, and the mantra “thin and pretty, pretty and thin,” the one accomplishment she has left to hold close as her husband dies and his secrets bubble to the surface. As she recalls the origin of their relationship, which began in their young adulthood, Barbra thinks about how she and her friend Cora once thought about love and romance.

Barbra always knew he was a bad man, but she thought she could handle it, especially since he seemed to be able to provide for her the life she’d always wanted. “It was all a performance for them, what women had to do for men, what men had to do for women—it was a manner of assessing each other’s value,” Barbra reflects. “Cora had taken an economics class in college and was fairly certain her vagina was a capitalist tool.” Throughout the book, Attenberg analyzes the false idea that women can use their sexuality to gain power.

Though it’s done gently and without judgement, All This Could Be Yours makes the point that it isn’t freedom or power if you’re afraid of what you have or if, like Barbra, you’re afraid of the man you’ve won. Once it’s revealed that Twyla has her own complicated relationship with Victor, we see yet again how a powerful, predatory man can worm his way into women’s romantic and sexual interests despite their better judgment. Barbra isn’t the only woman within the book who’s both afraid of and entranced by her husband.

Her mother, Anya, who had a terrible man of her own, says, “Say what you will about your father, he never hit me” Alex is consumed with the need to know of her father’s misdeeds, and struggles with the ways that her ex-husband’s own misdeeds both align and sidestep the failings of her father. She tells her daughter, “It’s just that we want to love them, these men… we really do.” Attenberg uses these characters and their messiness—Barbra’s obsession with her own beauty and inability to be honest with her children; Alex’s unflinching harshness with her mother; and Twyla’s selfishness and calamitous affair—to show that no victim needs to be perfect to be believed or to deserve protection. 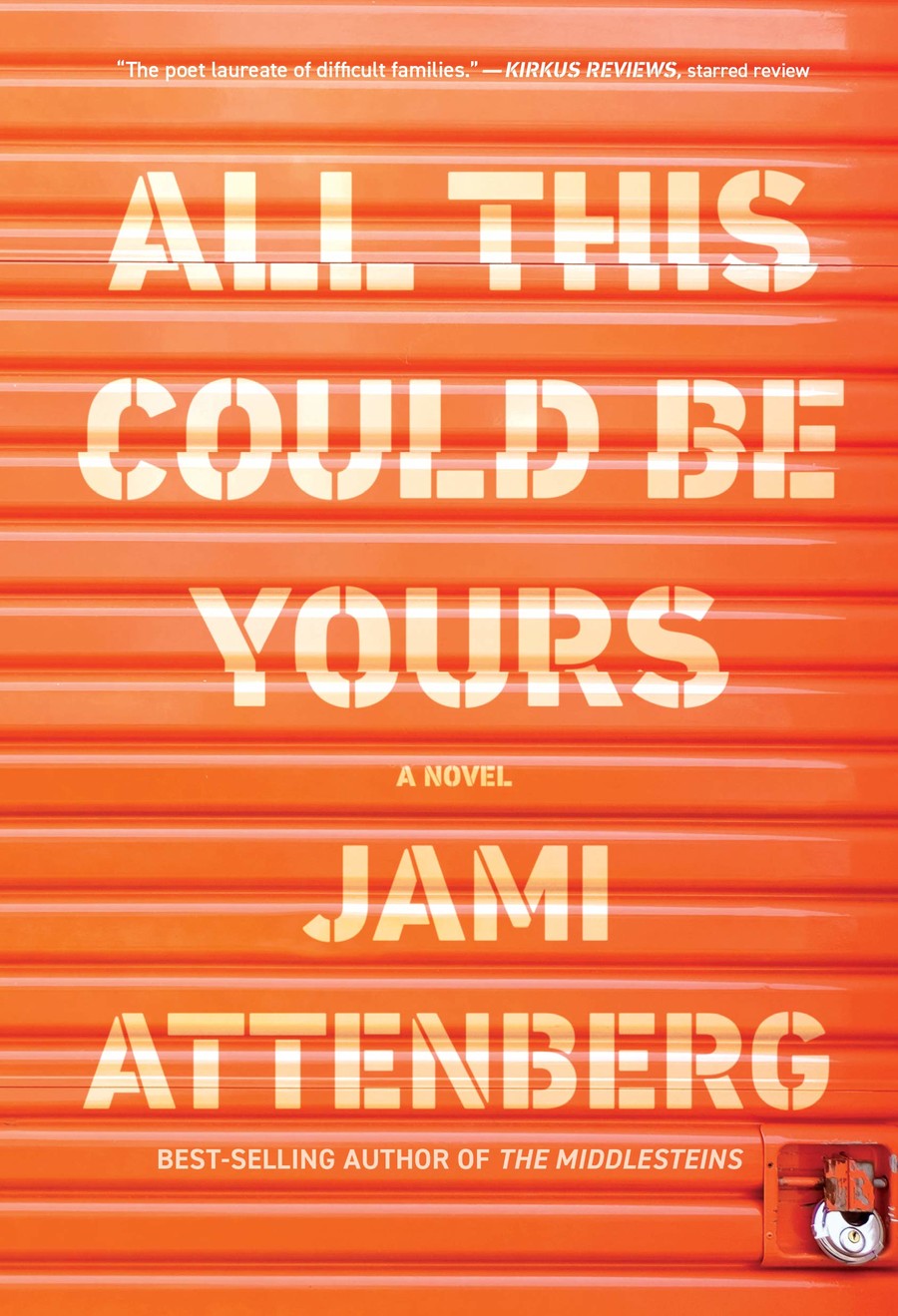 All This Could Be Yours by Jami Attenberg (Photo credit: Houghton Mifflin Harcourt)

Time and time again the concept of the perfect victim and our limited understanding of pain and hurt makes it so that women like Barbra and Alex who have been hurt and brutalized receive hesitation rather than trust and judgment rather than healing, but at no point does the book suggest that they should have just done one thing, or another, to stop Victor’s violence. Instead, we see the limits of perspective, and the many things that, unfortunately, we cannot predict about the men we choose to love. By focusing on the women who Victor has harmed, Attenberg offers a fleeting world where even messy, sometimes-bad women deserve justice on their own terms.

All This Could Be Yours is about the concessions that women make not in their pursuit of loving men, but in their need to simply be around them. It’s easy to say you hate men on the internet but it’s much more difficult to cultivate a life where they simply do not exist. We spend so much time sifting through concepts of rehabilitation and what a world with better men would look like, but are we asking the right questions? Or simply centering these men yet again? By the book’s end, Barbra thinks, “Can you believe she had lived fifty years like this with this man?

Even at the end he couldn’t be anything but bad. There would be no rehabilitation for him, no redemption. Some people are just bad forever. He would never have learned, ever. But she could learn. Couldn’t she?” With at times painfully sharp precision and beautiful language, Attenberg complicates our understanding of and expectation of forgiveness and healing. For some, forgiveness looks like prayer and apologies; for others, it looks like never really forgiving at all; and, for others still, it looks like forgiving the self.

Read this Next: Morbid Awakenings 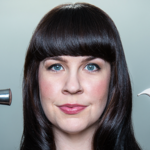 by Caroline Reilly
In the United States, death is hard to talk about; it’s arguably even harder to ask other people questions about.